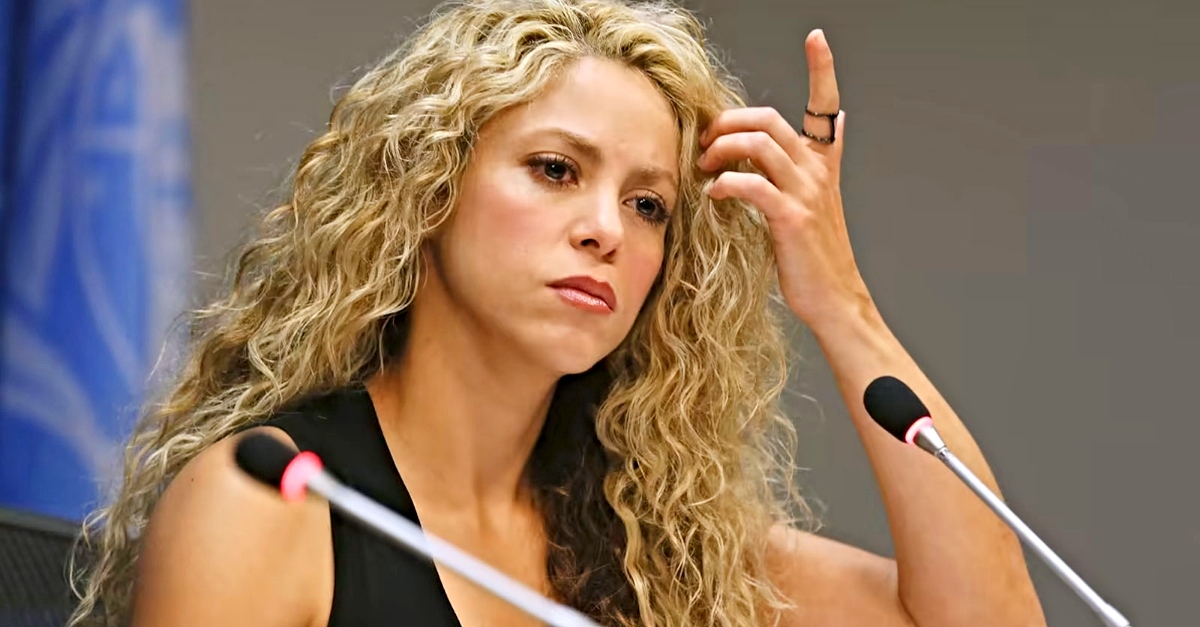 A Year Of Change

Shakira is a superstar loved by many with a seemingly perfect life. She has had a successful career, became a partner to a European soccer star, and has welcomed life as a mother. In 2022, her life may be turning around.

It was an initial thought that things were as bad as they would get when she and Gerrard Piqué, her partner at the time, split up in June. Fans were shocked when they heard she might face prison time.

A world-famous singer, Shakira was selected to sing the theme song for the FIFA soccer World Cup in 2010. This tournament is held every four years and is an event everyone from across the world makes an effort to see.

The tournament was held in the most developed nation, South Africa, for the first time, even though it had a fearsome reputation because of the corruption and the crime rate.

The 2010 FIFA World Cup was an occasion that brought joy for many, including Shakira. It was an event to be remembered.

Despite the safety concerns, the tournament edition was said to be the most memorable and meticulously run ever. That was the year that Shakira’s hit song, “Waka Waka (This Time For Africa)” hit song, generated even more excitement for the upcoming tournament.

There was more to the song that made the headlines. Her hips from while she was dancing in the music video were something to behold, but there was even more that had her fans in a buzz.

The music video for the cup had multiple soccer players make minor appearances, including the defender from the Spanish FC team, Gerard Piqué.

It was later found out that Shakira and the soccer player had started seeing each other romantically while the video was being made. Everyone supported it, but there was more on the way.

The athlete and the singer made for an adorable couple, both making achievements in their careers. That year Gerard and his team won the world cup, and Shakira had done a performance at the final.

Together they excelled in their careers over the next twelve years. Piqué had been playing at top form back in Spain while Shakira continued making hit songs.

The couple eventually became parents. Shakira was often spotted at the FC Barcelona games where the team made for every trophy there was. They had the picture perfect like together.

They seemed to be living on cloud nine, and Shakira started spending months of a year staying in Spain, but this is when the trouble started.

Many FC Barcelona stars like Messi and Neymar were called out for tax evasion, and soon Gerard Piqué was too.

By 2019, times had become stressful for the family when Gerard had to pay the Spanish authorities over 2 million dollars in tax that he still owed.

By 2022, things would only get worse for the family and soon dropped news that left fans shocked.

Infidelity is often heard of in the world of fame and fortune, but fans were still shocked when there were rumors of Shakira having caught Piqué cheating on her.

The couple had never married but had two sons while they were together for twelve years and stated they were ending things in June of this year. There was more coming that would leave fans with their mouths hanging open.

Due to the number of months that Shakira resided in Spain each year while she was with Piqué, Spanish officials now set their sights on scrutinizing her tax compliance. According to them, she committed tax fraud and owed millions in tax arrears, for which she was offered a settlement.

Shakira roundly refused the settlement offer and has since rejected the plea deal. Instead, to some fans’ delight, she has committed to taking the matter to trial and is adamant that she is innocent. However, this has now left her in an extremely precarious position.

While Shakira is, of course, entitled to her day in court by refusing the settlement offer, she has drawn the ire of Spanish prosecutors. Fans of the singer remain in her corner but are likely nervous for her if she does not win her case.

This is because the authorities are now seeking a whopping eight years and two months long prison term if she is convicted. However, that wasn’t all.

Shakira is alleged to owe $15 million dollars in unpaid taxes. Aside from the prison sentence, which would be unfathomable for her fans, officials are also seeking a penalty fine in the region of $25 million.

With the world still shocked after the news of the couple’s split, the latest drama in Shakira’s life has many people feeling that she’s likely having one of the worst years of her life.

Shakira has consistently maintained throughout the whole episode that she has always remained compliant with all laws. Despite the pressure of a possible prison term looming over her, she remains resolute about her innocence.

Fans of Colombian beauty have always stood by her and continue to do so. While she is undoubtedly facing a rough period, most fans believe she is more than capable of weathering the storms.

The date that Shakira’s trial is set for has yet to be confirmed. However, a settlement will likely remain on the table any time before this. Whatever the songstress’s future holds, she will likely remain every bit as loved and affable as she’s always been in the minds of her fans. While the trial outcome awaits, many more are probably horrified at the thought of her languishing in prison and thinking, surely not.