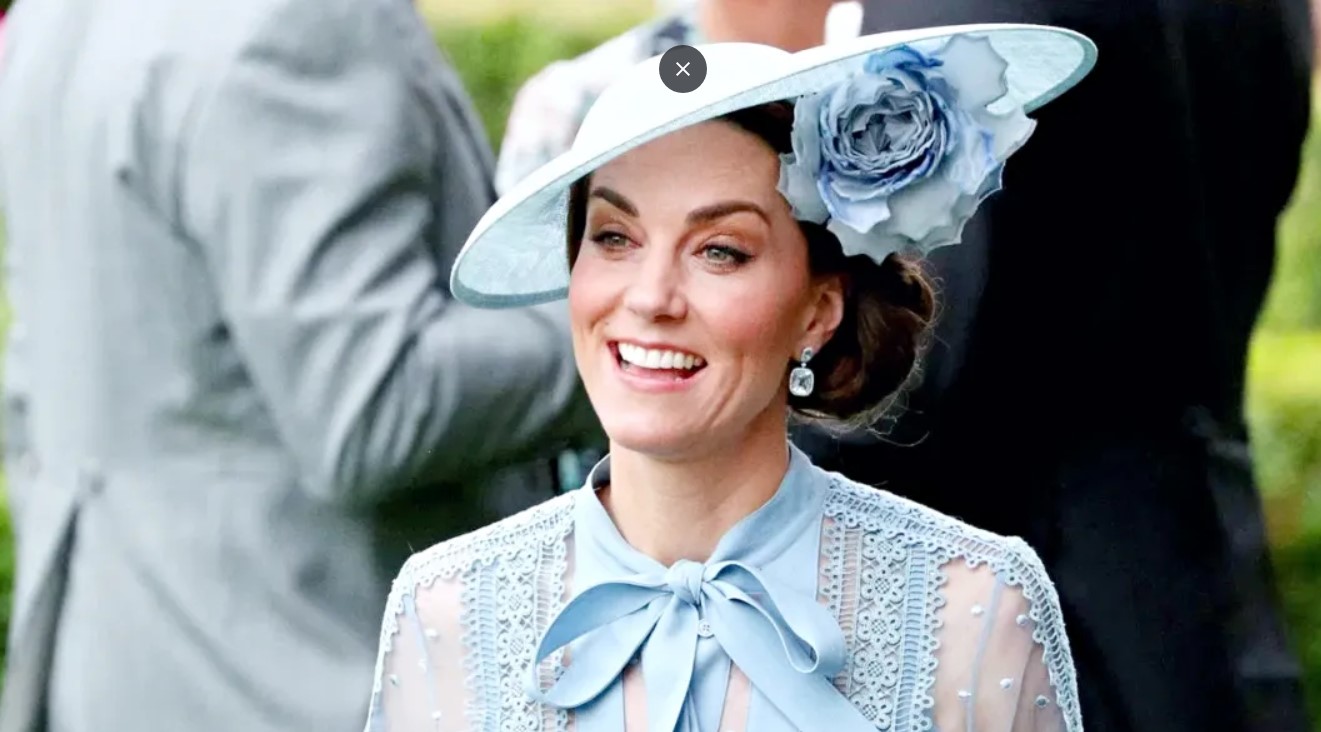 1. 1. What clothing color are women to avoid during the day?

Black
White
Royal women cannot wear black during the day. The only time it’s acceptable is when there’s a funeral to attend.
Next Question

2. 2. When the Queen finishes eating at a family dinner, what happens next? 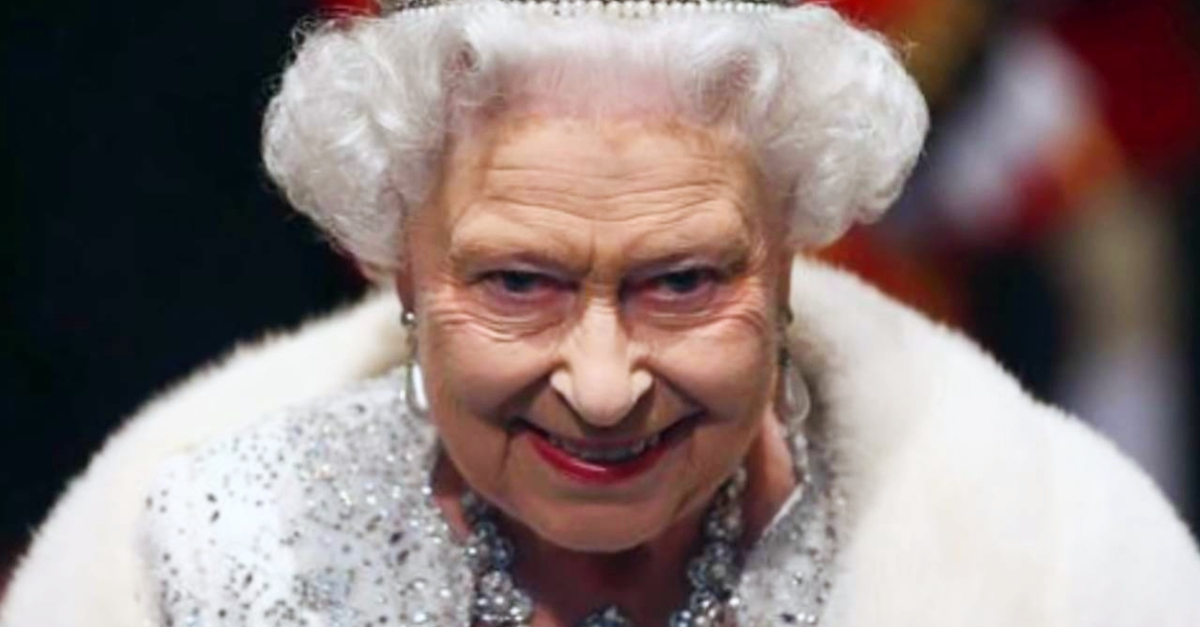 3. 3. How do the royal family address each other in the royal home? 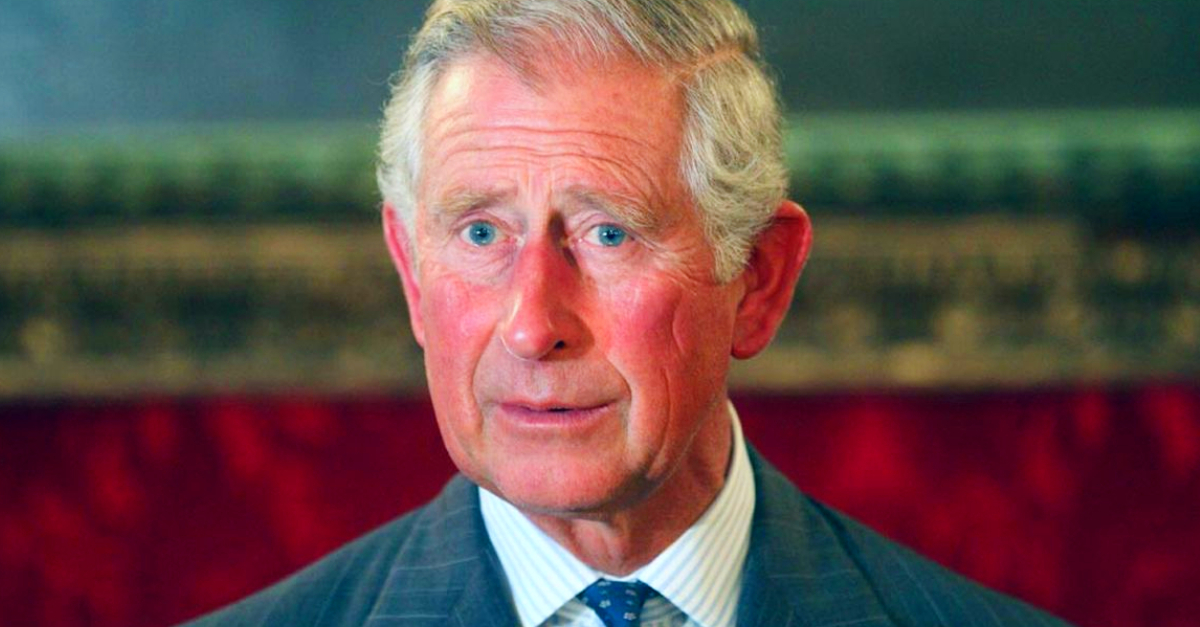 Full names
Official names
Within the walls of a royal home, family members need to address each other using their full names. So if the Queen wants to say something to Kate Middleton, she’d address her as “Catherine Elizabeth Middleton”.
Next Question

4. 4. What social media is the royal family allowed to use? 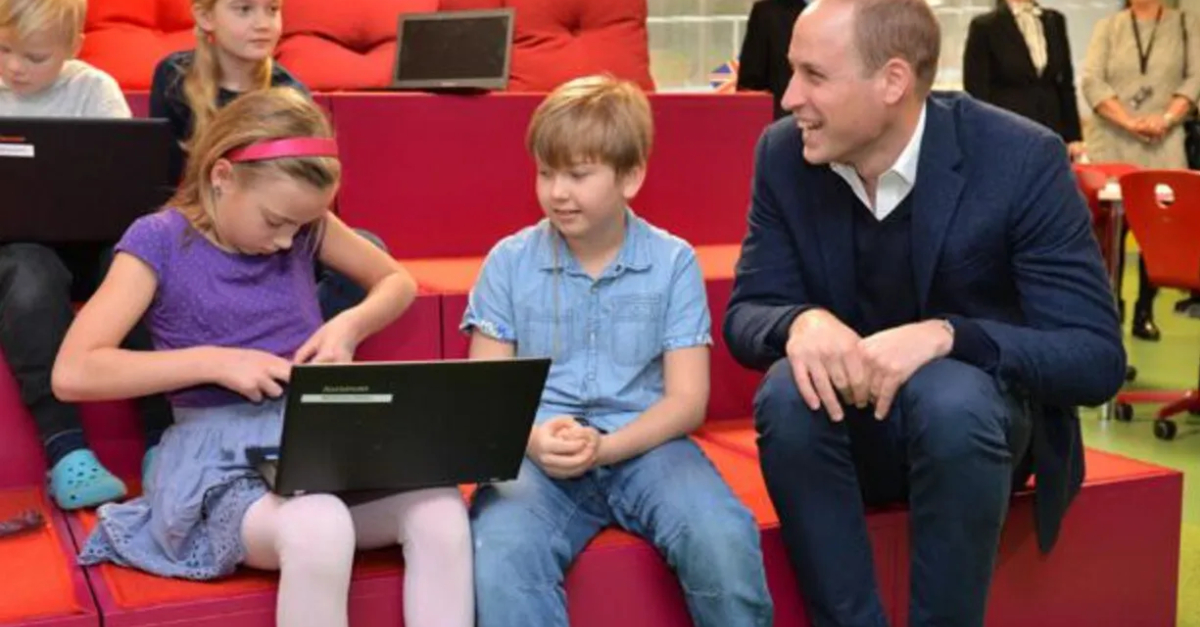 None
Facebook
The Royal family isn’t allowed to use any social media. they can’t even have their own private accounts. This is to prevent any secret data from being stolen.
Next Question 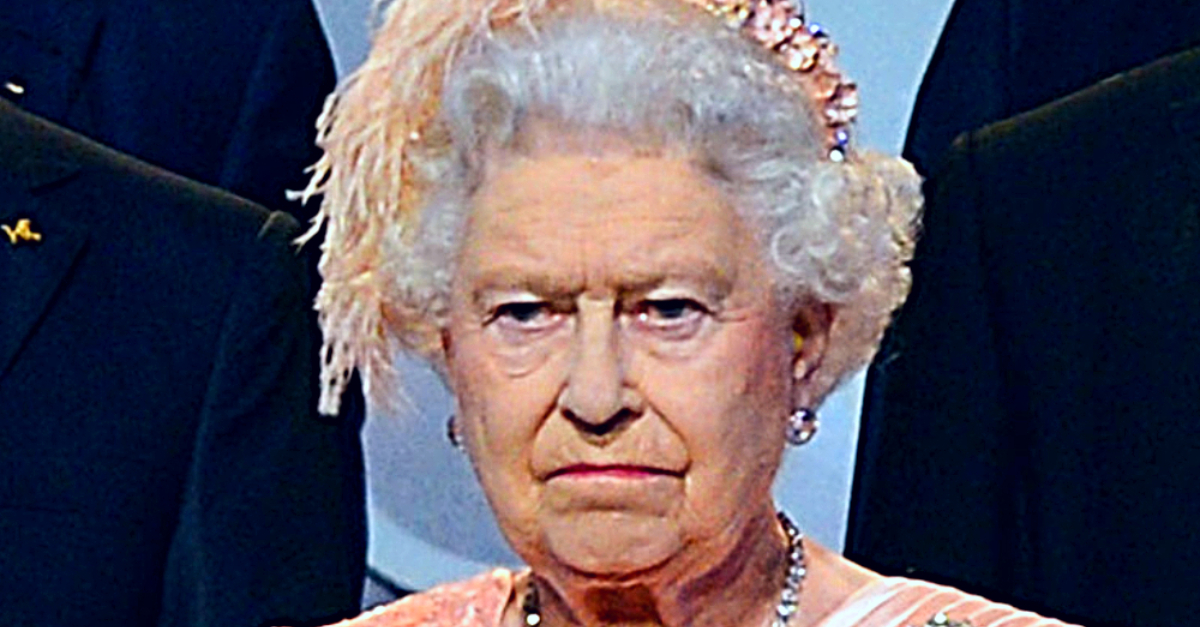 A kiss
None
The answer is none! The Queen isn’t a fan of public displays of affection.
Next Question 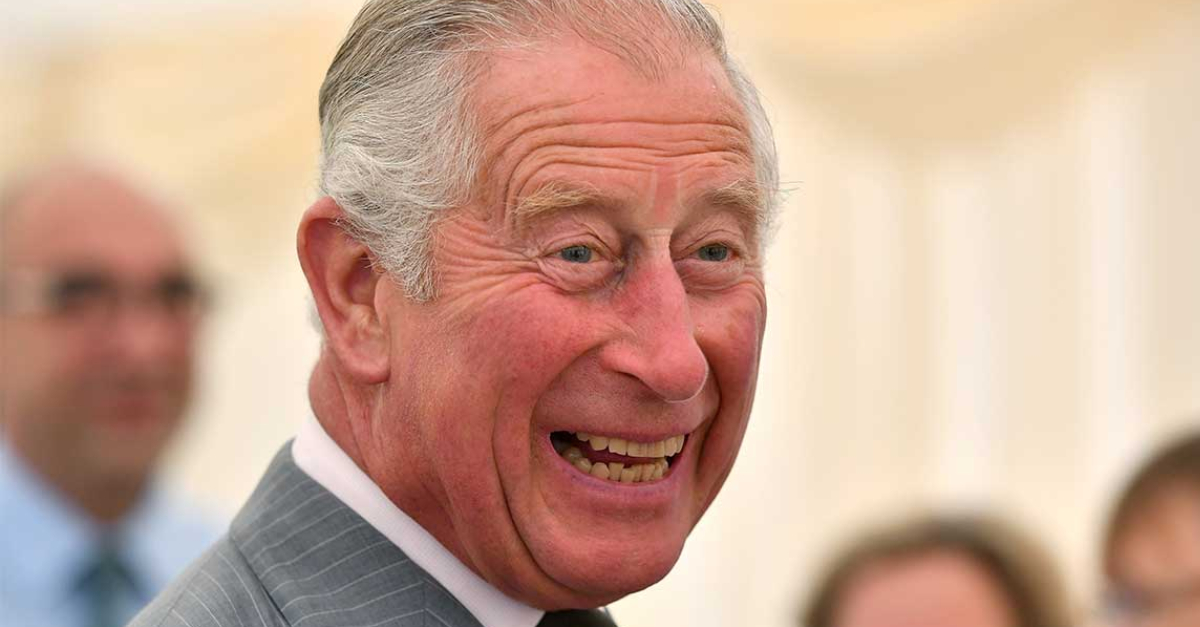 So people can’t fake their signature.
Handshakes are considered more personal.
The Royal family isn’t allowed to give out their autographs in fear of people falsifying legal documents with their signature. They can only sign documents authorized by the Queen herself.
Next Question 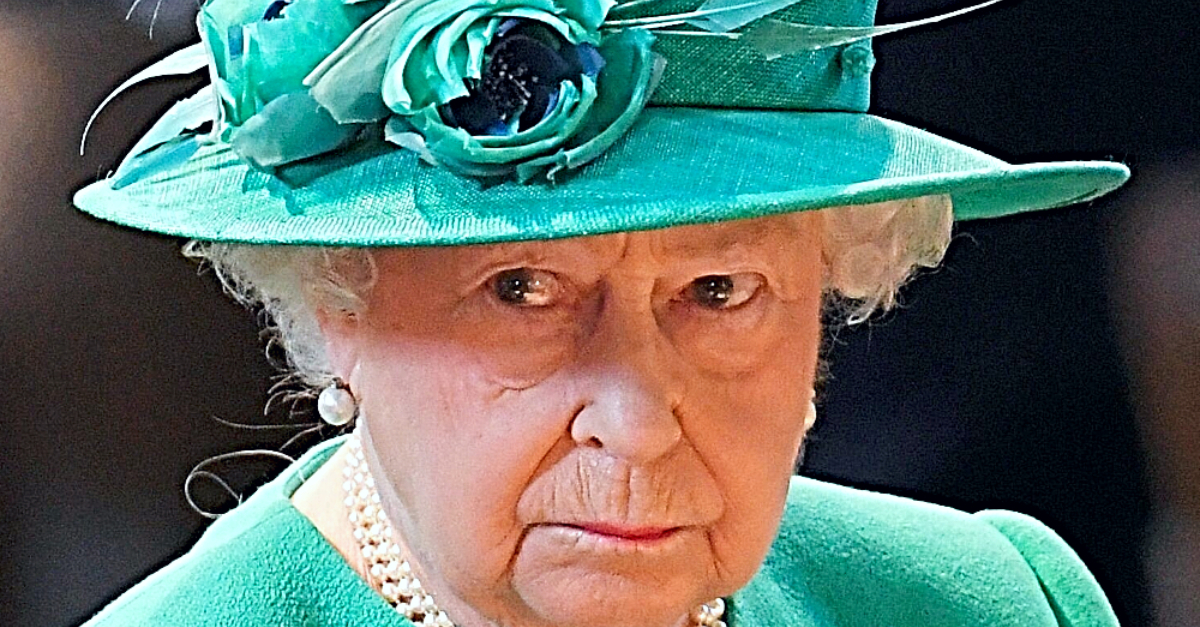 8. 8. When is crying in public acceptable for a royal? 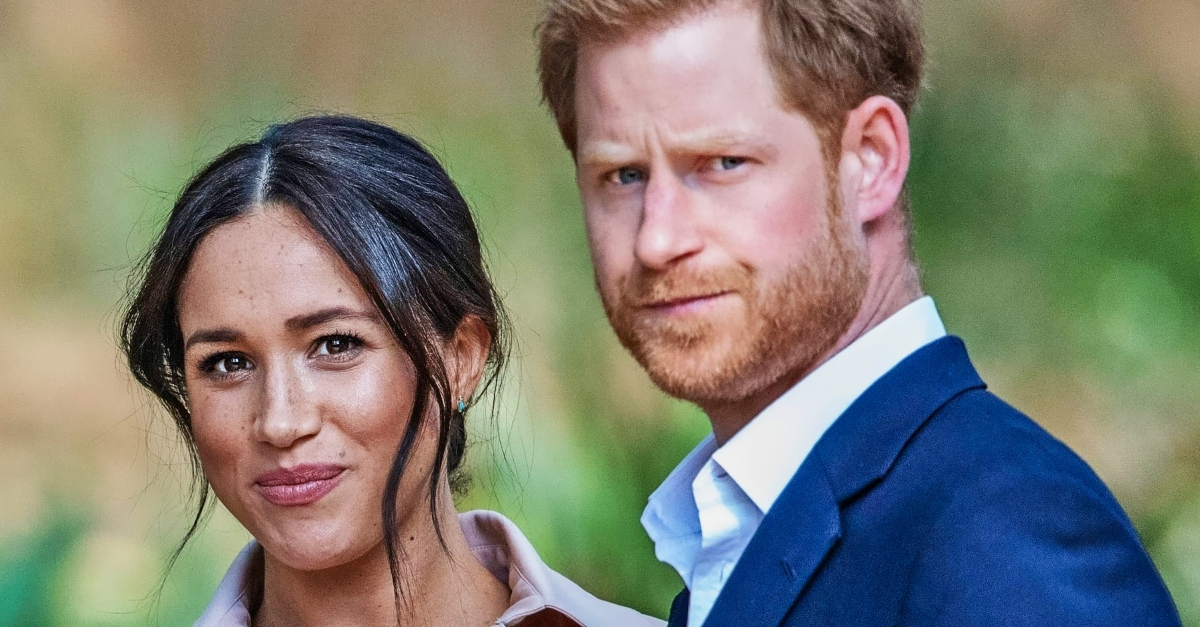 9. 9. Which board game is banned in the royal house? 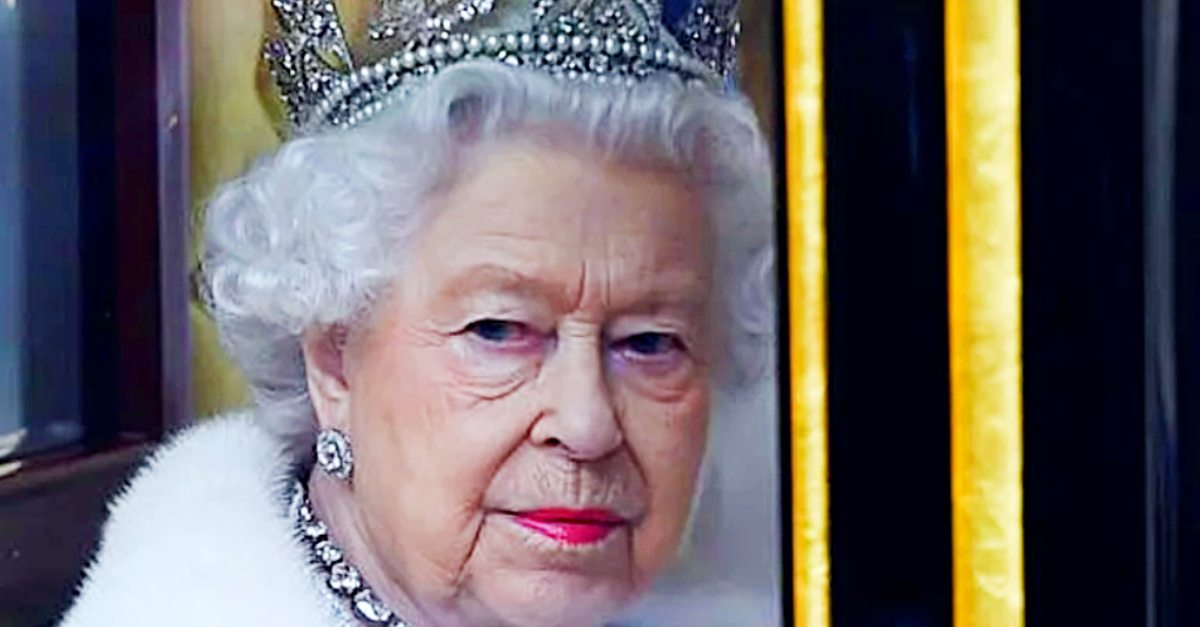 Chess
Monopoly
The answer is Monopoly. As the story goes, the Duke of York found the game to be “vicious” and banned it. We’re guessing he didn’t win…
Next Question 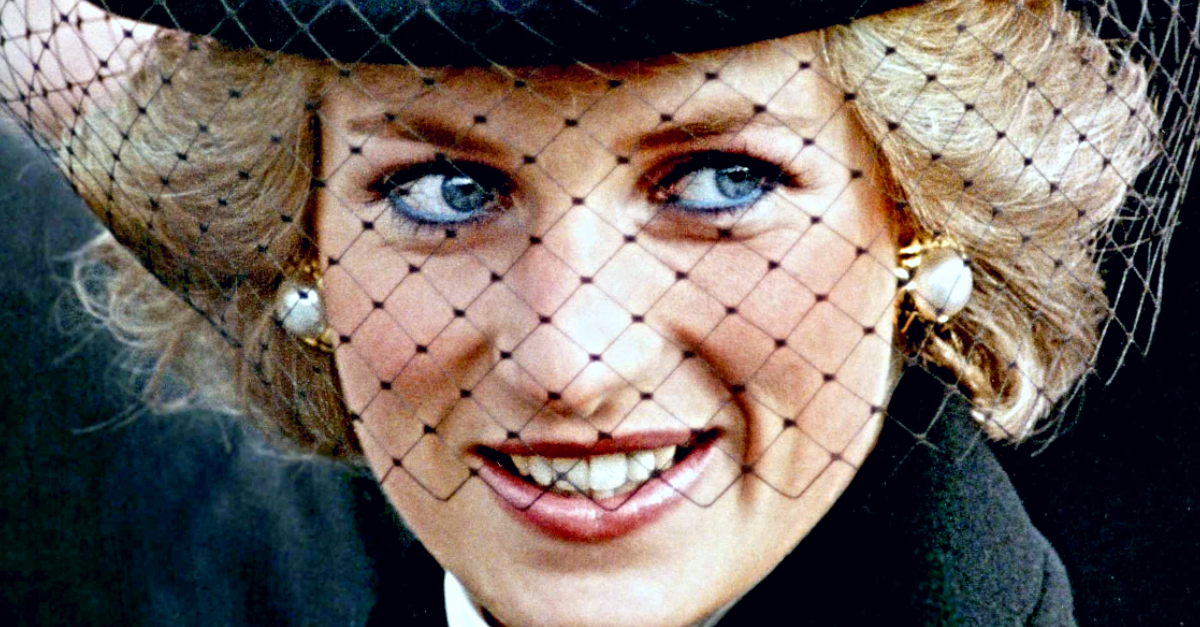 Anything
Gloves
Anything is acceptable! In fact, the royal family must accept any gift that is given to them – no matter how strange it is!
Next Question

11. 11. Which languages does the royal family speak? 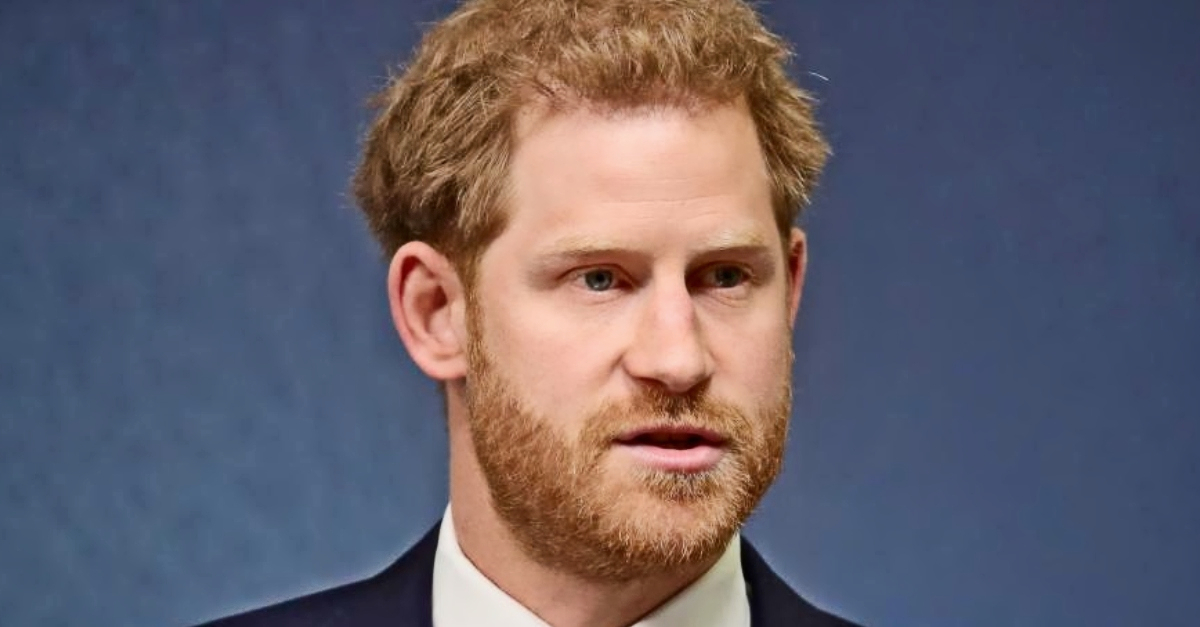 English and German
English and several other languages
The royal family must become fluent in several fluent languages as they are required to fly to other countries for official appointments. However, we’re not too sure if they are really fluent…
Next Question

12. 12. When does the royal family exchange Christmas gifts? 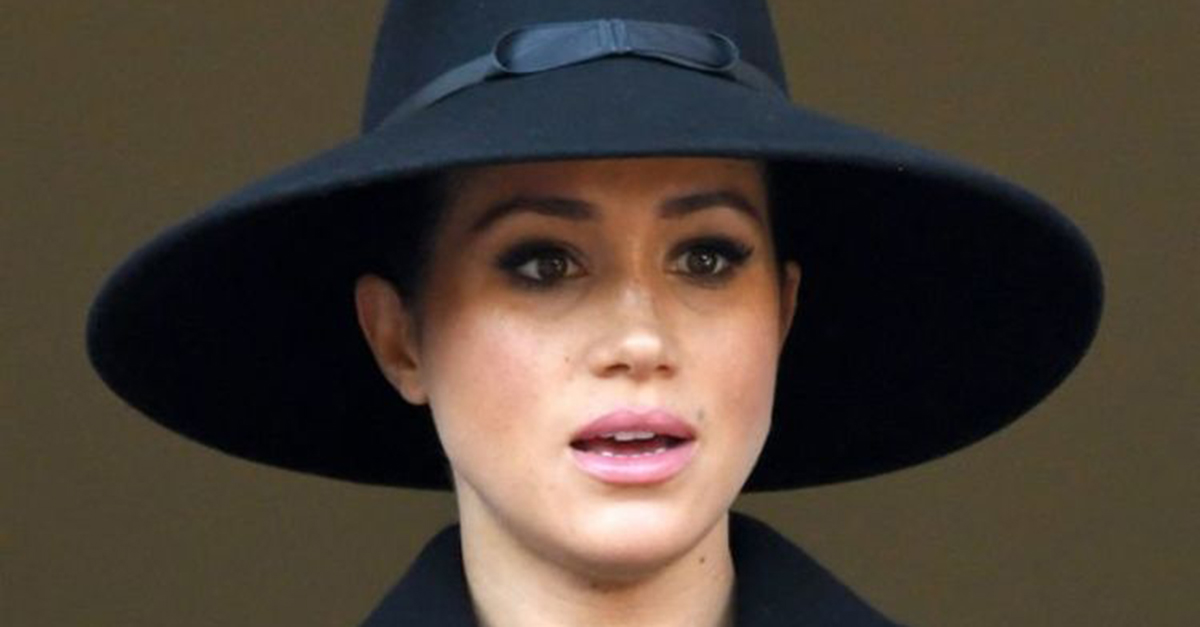 13. 13. Under what condition are the royal family allowed to travel? 14. 14. Who exits buildings first in the royal family? 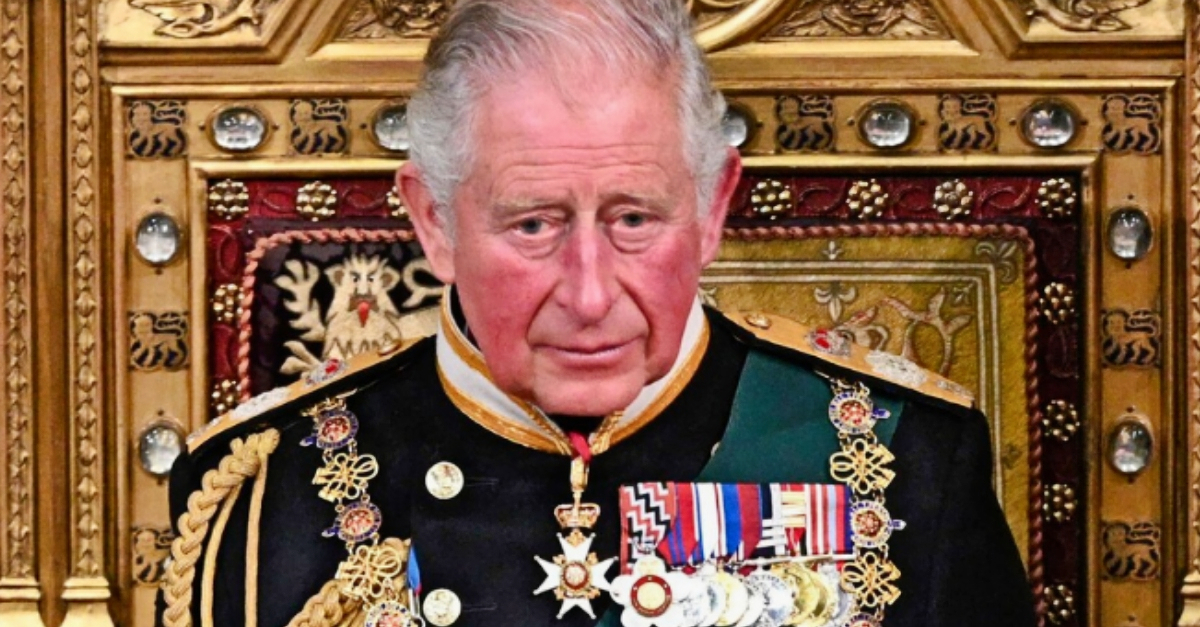 The Queen
The Prince
When accompanied by her family, the Queen must always be the first one to leave buildings and no member can have their back to the Queen when she does.
Next Question 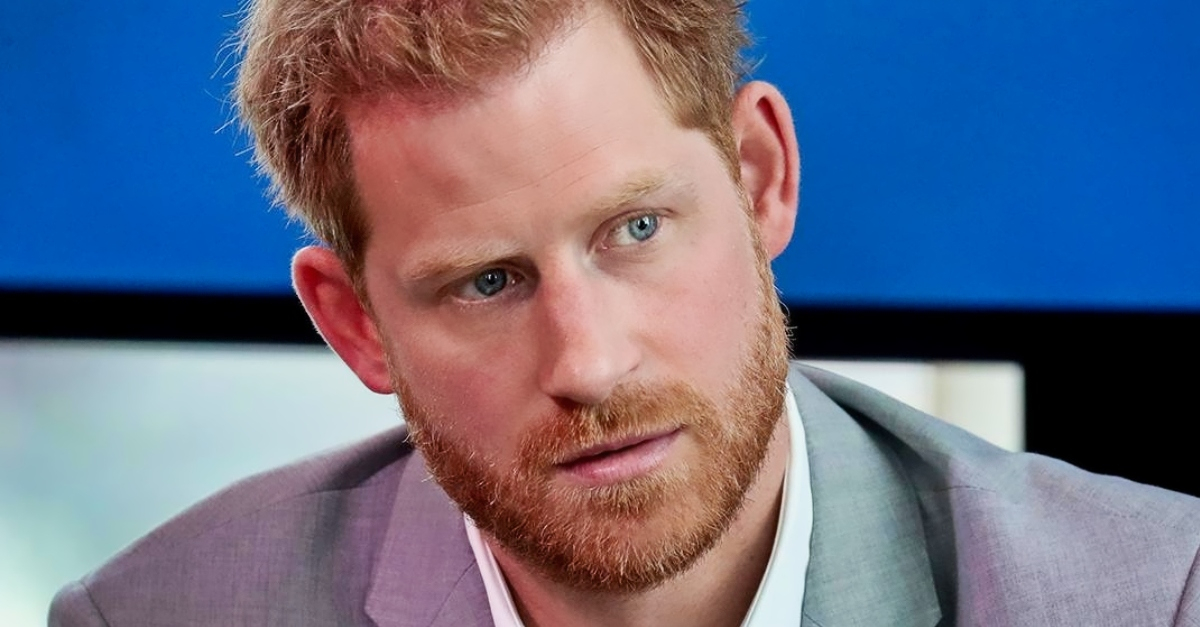 16. 16. When a royal is pregnant, when is the child’s gender revealed? After birth.
Just before the baby is born.
The baby’s gender is only revealed after birth. The public loves to make bets on whether the child will be a boy or girl during a royal’s pregnancy.
Next Question

17. 17. The Royal Wedding Bouquet is what kind of flower? 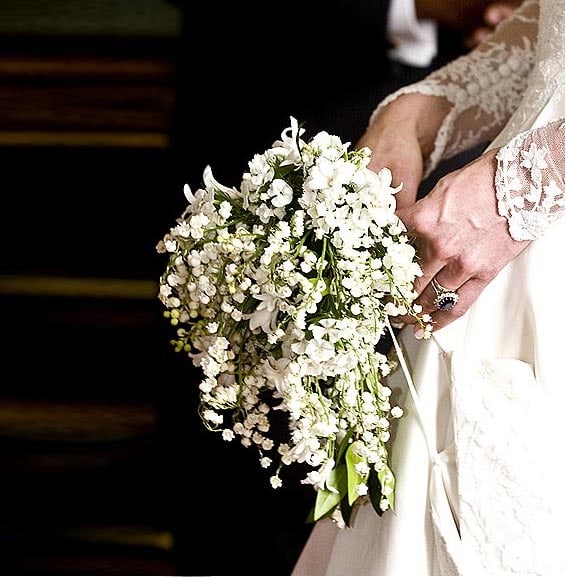 Myrtle
Roses
the correct answer is Myrtle. These flowers became the Royal Wedding Bouquet ever since Queen Victoria was gifted them from her groom’s grandmother.
Next Question

Leeks
Garlic
It’s garlic! Queen Elizabeth II hates garlic and has banned it from ever showing up on the table. However other members of the family can eat garlic outside of her presence.
Next Question After 6 pm
After 8 pm
At a royal event, all hats must be taken off after 6 pm, and be replaced with a crown or tiara.
Next Question

20. 20. What seafood is strictly forbidden to the royals?

21. 21. What is placed outside of the palace to let the people know a royal baby has been born?

A member of staff to address the public.
A golden eagle.
A golden eagle is placed outside the palace after a royal baby is born. The golden eagle displays information about the birth – so much so that the royal mother is given no privacy or discretion.
Next Question

23. 23. During events, what order must the royal family sit?

25. 25. When can royal women remove their Jackets?

When they’re in private.
When it’s warm.
Only when a royal woman is in private is she allowed to remove her jacket. Doing so otherwise, regardless of the weather is considered very unladylike.
Next Question

26. 26. When a royal woman is photographed, how should she pose?

The Queen
The Prince
The correct answer is the Queen! The Queen must be informed of a baby being born before anyone else. Prince William immediately called the Queen by an encryted phone when Prince George was born.
Next Question

Any low cut top.
Any shirt that can become a little see-through in bright light.
Royal women cannot wear any top that is low cut and shows too much skin. Any such fashion choices would be scandalous for a royal.
Next Question

29. 29. When a royal excuses themselves to use the restroom, what must they say?

“May I be excused?“
“Excuse me“
“Excuse me” is the right answer. These two words are all a royal needs to say. Anything more would be considered rude and unwelcomed!
Next Question

30. 30. What does Kate Middleton wear that she isn’t supposed to?

Wedges
Skirts
The correct answer is Wedges! Kate Middleton is often seen breaking this rule and it is the only one she appears to break. However, she’d never wear them in front of the Queen!
Next Question

31. 31. If a royal is married into the family, what happens to their career?

32. 32. How many steps must a royal husband stay ahead of his wife?

2
3
In public, a royal husband must always stay 2 steps ahead of his wife. But it’s not the husband’s job to ensure this distance – it’s the wife’s job!
Next Question

1722
1877
1722 is the correct answer! This act forces anyone who is joining the family by marriage to get royal approval beforehand.
Next Question

Light makeup and nail varnish.
All skin blemishes must be covered.
Royal beauty is defined by nature and natural beauty. This means less is always more for royal beauty. The closer to the no-makeup look, the better!
Next Question

35. 35. How does the Queen signal she’s done talking to someone?

She puts her purse on the other arm
She touches the brim of her hat.
The Queen switches her purse on the opposite arm when she’s done talking to someone. It is then Kate Middleton’s job to engage her in the next conversation.
Next Question

36. 36. Can a royal expecting mother complain about discomfort?

No, never.
Only after dinner.
A royal woman is expected to never complain about pain or dicomfort during her pregnancy. No matter how much discomfort she may feel. Perhaps this rule should change…
Next Question

37. 37. What must all the royal women do when the Queen enters the room?

Curtsy
Smile
Curtsy is the right answer! All royal women must greet Queen Elizabeth II with a curtsy when she enters a room as a show of respect.
Next Question

Bright floral patterns
All of the above
It’s all of the above! Only animals that have not been sacrificed can be worn. However, we’re not sure how that works ethically…
Next Question

Only during treaty negotiations.
Only in private.
The only time a royal can engage in politics is in private. As mentioned before, they are always to remain politically neutral in public.
Next Question 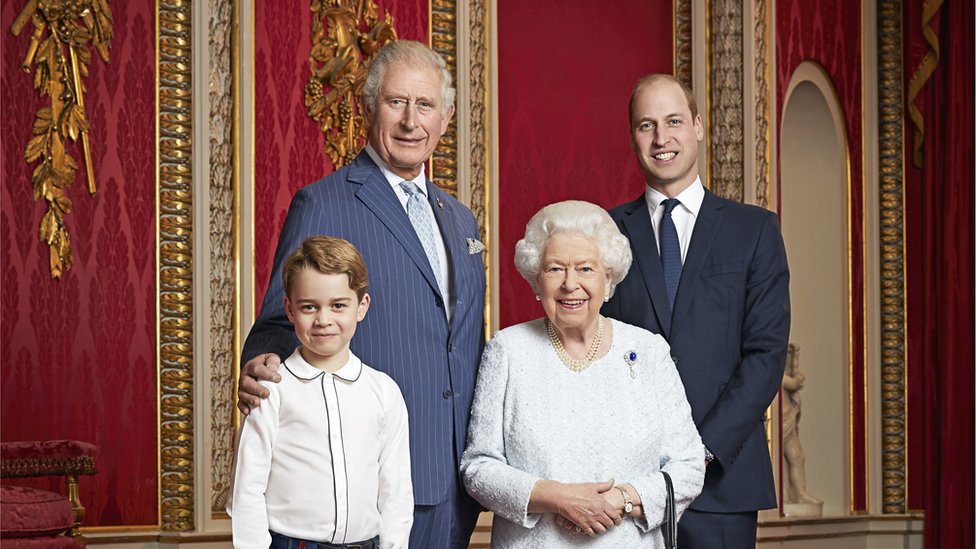 The first-born child.
The first son.
The right answer is the first-born child. Whether the firstborn is a boy or a girl doesn’t matter! It’s first come, first serve when it comes to inheriting the throne!
Next Question
Next
Next
Must Read
Flight Attendants Share Why You Should Never Drink Water On A Plane
A Week After Couple Adopts Triplets, Doctor Reveals This
He Was Born Without A Brain, This Is Him Today