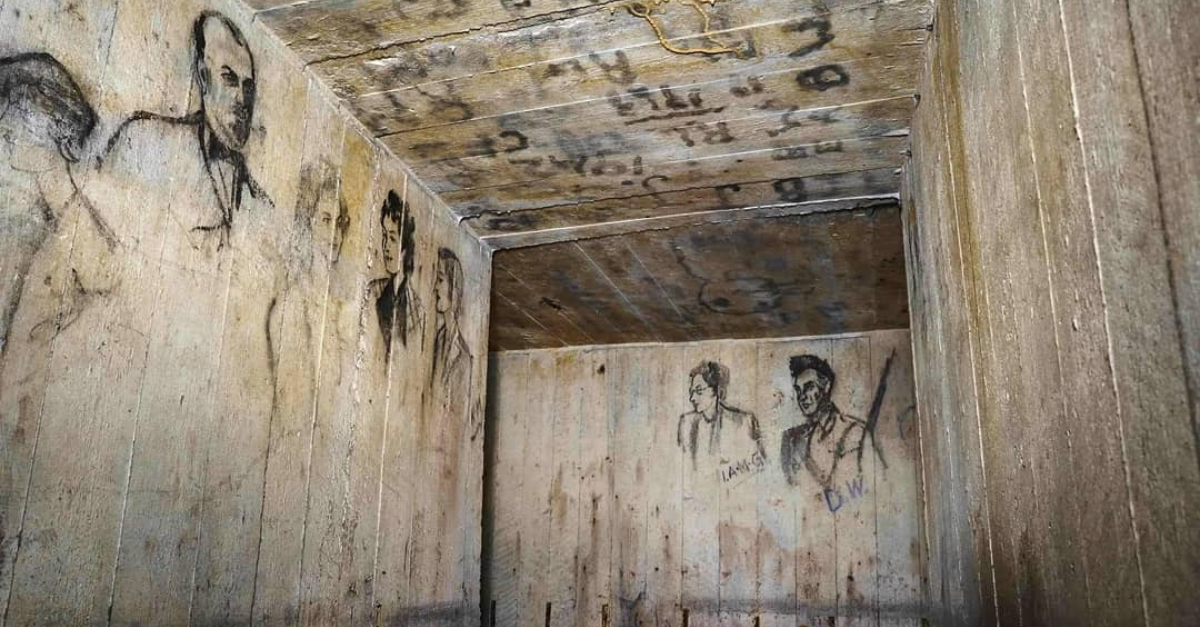 Nobody Knew It Was There

For a month the echoing sound of steel hitting stone could be heard in the tight hallways. A tight group of headlamps all searched the walls desperately looking for a secret escape.

They were all looking at the deepest point where they could smell the rot. They just wanted a breath of fresh in the claustrophobic conditions, then they found it.

Spike Island has many stoic buildings that sit on its landmass. But not many people know that it’s just a stone’s throw away from the town of Cobh

There’s an iconic fort that sits on the base of an ancient monastery. It still has marks from where it was renovated over the decades it’s been around. But the final structure that stand tall has a nickname “Hell On Earth”.

Ireland was in a sticky situation in the 1940s. People these days take potatoes for granted, but back during the Great Famine they were in the middle of a huge crisis. Millions were on the brink of starvation and as people got more desperate crime went up.

The ancient fortress became a prison to hold the masses that were disobeying the law in their desparation.

A lot of men and boys would be hauled off to the prison. Murderers and violent criminals were thrown in until the population had grown to a whopping 2,300.

In the years following the prison would be nicknamed “Ireland’s Hell” because of the events that happened there.

The conditions were terrible, inmates would be put in spaces no bigger than 40 by 18 ft with up to three of them in a cell. But the inmates outside still didn’t

It prison did close briefly before becoming a military base. But it seemed that it was fated to turn back into a prison in 1921.

But after almost a century as a prison again, the jail would close down yet again. But it would hide a secret that wouldn’t be uncovered into 2020.

Barra O’Donnabhain went to discover what was lying underneath the prison in 2020 with a team of archaeologists.

They managed to get to areas that had been blocked off for decades. This included the secret passage made of stone.

Archeologists stumbled upon a hidden tunnel that run under the walls of the old prison. Then they noticed a sallyport on the other end.

Sallyports may not be common today but they were actually quite common in old military buildings. This was so that people could enter the buildings safely without fearing an ambush. But they had no idea that they’d find so much more than just the tunnel.

Taking Down The Wall

With a low rumble and a puff of dust, the old wall finally gave in and collapsed. But nobody could believe what was on the other side.

O’Donnabhain and his team stood in shock and awe at what the wall had been concealing. Behind the old wall was another wall. Only, this time, it had a door. It was unlocked.

The team didn’t waste a second to find out what was on the other side. It swung open freely on its rusty hinges. Suddenly, they were in a pitch-black chamber. At the end was a staircase.

The stone staircase came out of nowhere, spiraling up into the darkness. But what immediately struck the team was that it seemed to be suspended in mid-air. Bones and wine bottles littered the floor.

Strangely, this room and staircase hadn’t been on the original floor plans and were never mentioned in any of the official documents. Stranger still, it lead nowhere.

Because the building had undergone so many renovations and conversions, O’Donnabhain speculated that the staircase was a remnant of the first-built fort on the island in 1790 – before the fort was swallowed up by the much larger fort that was built around it in 1790.

Alan Callaghan, the site’s assistant manager, had another theory.

Because the staircase once led to the top of the fort’s walls, Callaghan believes that it could have played a role in a number of daring escapes from the prison.

However, the staircase is just one of the fascinating secrets that archeologists have unearthed at the site over the years. The most chilling find had been in the graveyard.

O’Donnabhain and his team have been excavating the prison on Spike Island since 2013 – but their first discovery was the most unsettling find of them all.

The team started to dig up the two burial sites on the prison grounds and unearthed a number of skeletons with a bizarre defect that had grim implications.

Some of the skeletons the team excavated were missing the upper section of their skulls. O’Donnabhain suspects that they have something to do with Cesare Lombroso and his grisly experiments in the 19th century.

Lombroso was an early criminologist who believed that criminals had certain “markers” in their brains that could be used to identify them.