Man Reviews Deep Sea Footage, Sees What’s In It And Drops To His Knees 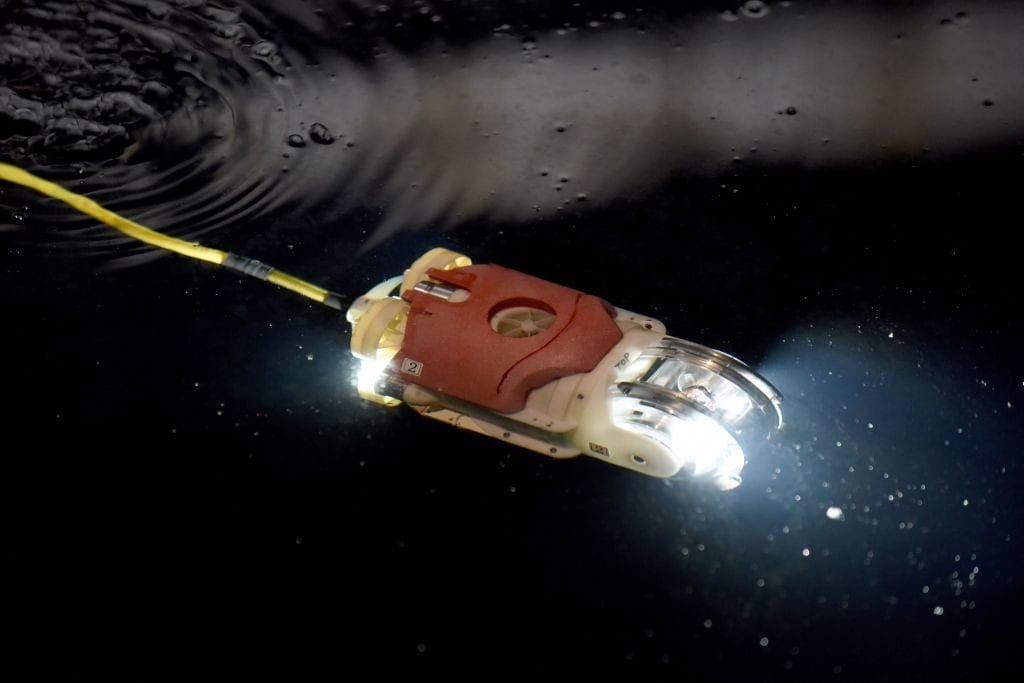 It started off as a scientific mission but became a find that nobody could have foreseen.

“Our mission for this expedition is to explore what happens to deep-sea animals when a very important constraint is taken away from them – that of light.” What creatures would they find lurking in the dark?

In The Ocean Deep 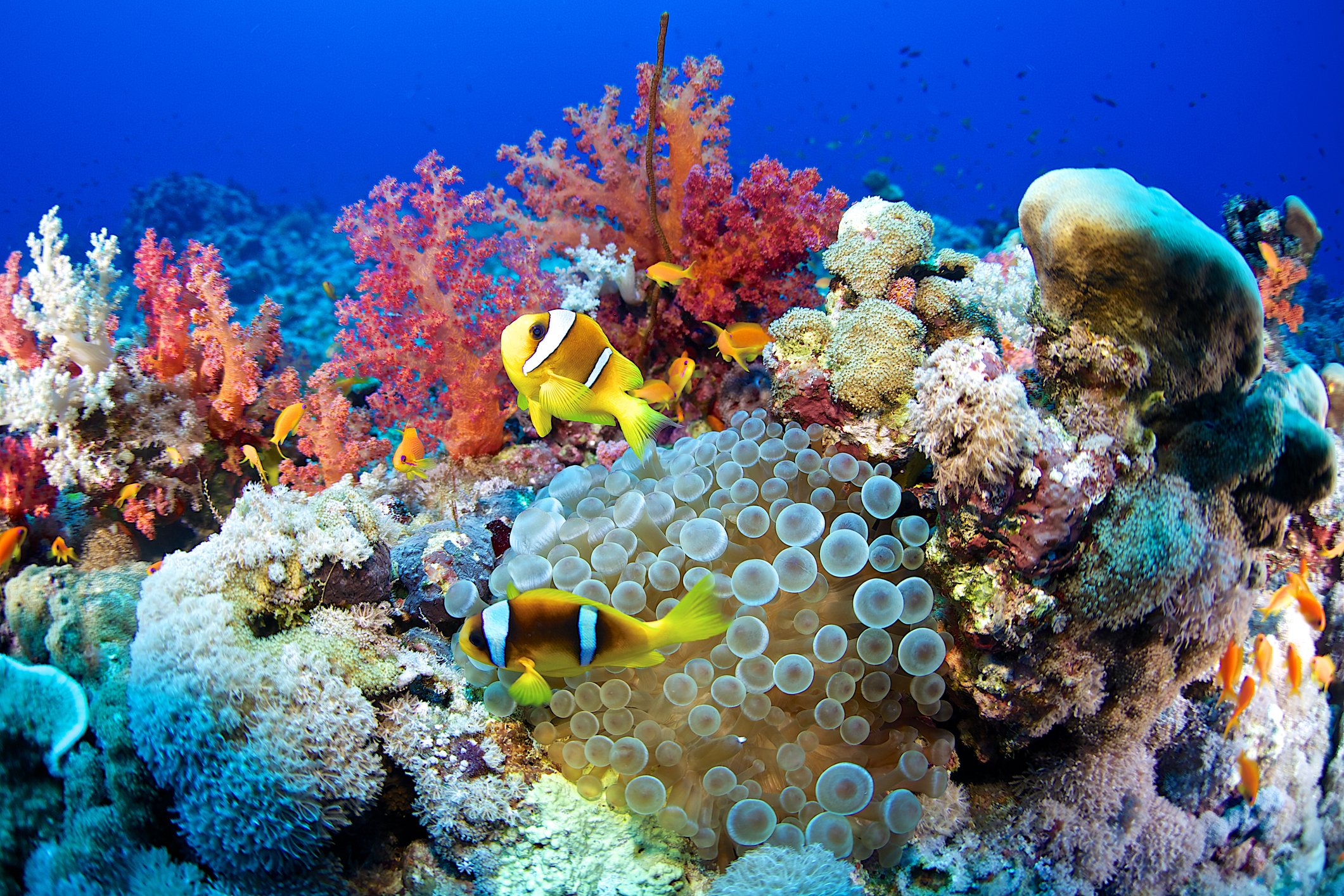 To know what was living in the ocean beyond where human venture some scientists laid out a plan. “Nobody on land sees the ocean as it truly is,” Johnsen began. “A shockingly pure and intense shade of blue.

The open ocean looks like this because it absorbs light of all the other colors far more strongly, leaving only the blue.” 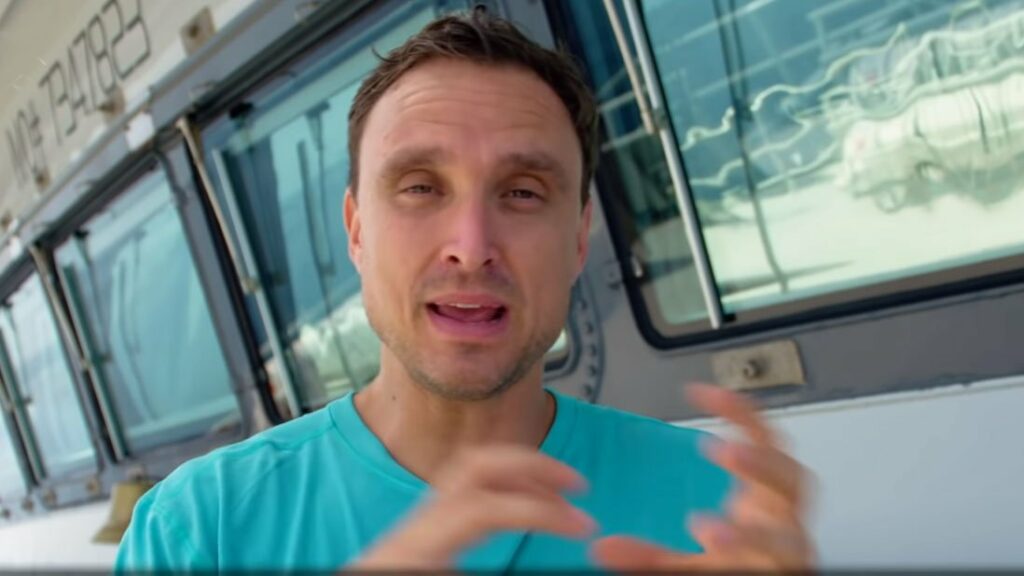 Johnsen then touched upon the group’s hopes ahead of the 15-day expedition. He said, “Our goal is to explore this dark world, where the limiting rules of blue sunlight no longer apply and animals are free to wander in larger color space.

In particular, we are interested in the visual systems and bioluminescence of the animals that live here.” 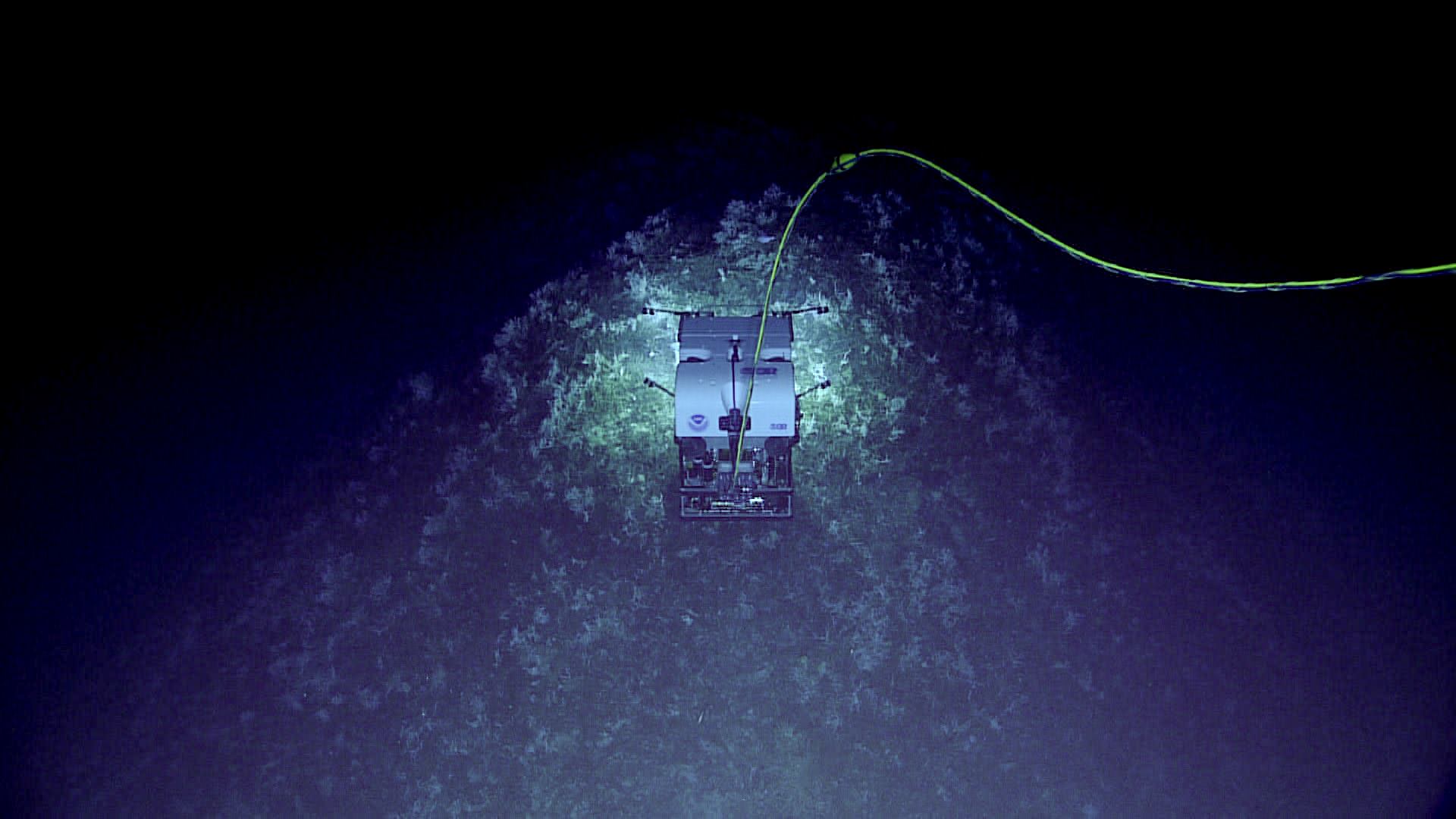 “We will examine this world in several ways,” Johnsen wrote. “First, using the Global Explorer remotely operated vehicle, we will run transects at depths between 915 and 1,830 meters (3,000 and 6,000 feet) – taking still and video images.

And this will be along with a low-light video to study the bioluminescence.” 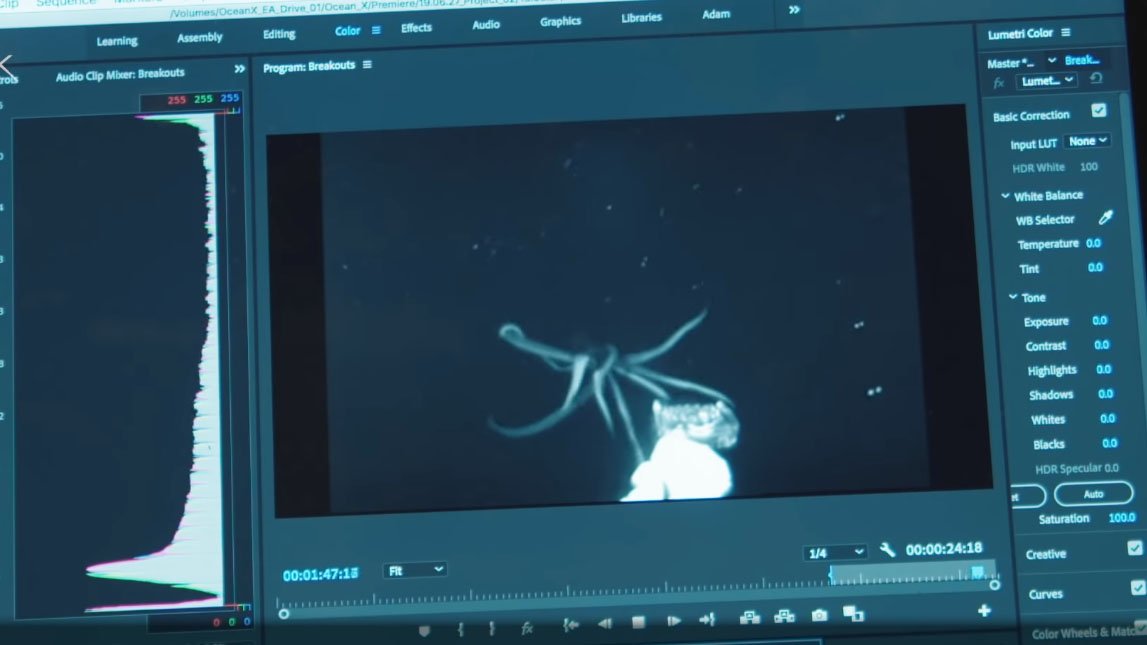 Johnsen revealed that the vehicle could pick up a few of the animals as well, allowing the team to take a closer look at the Point Sur.

But as the professor already explained, that would only signal the beginning of their work; they also had other tools at their disposal to analyze the ocean’s depths. 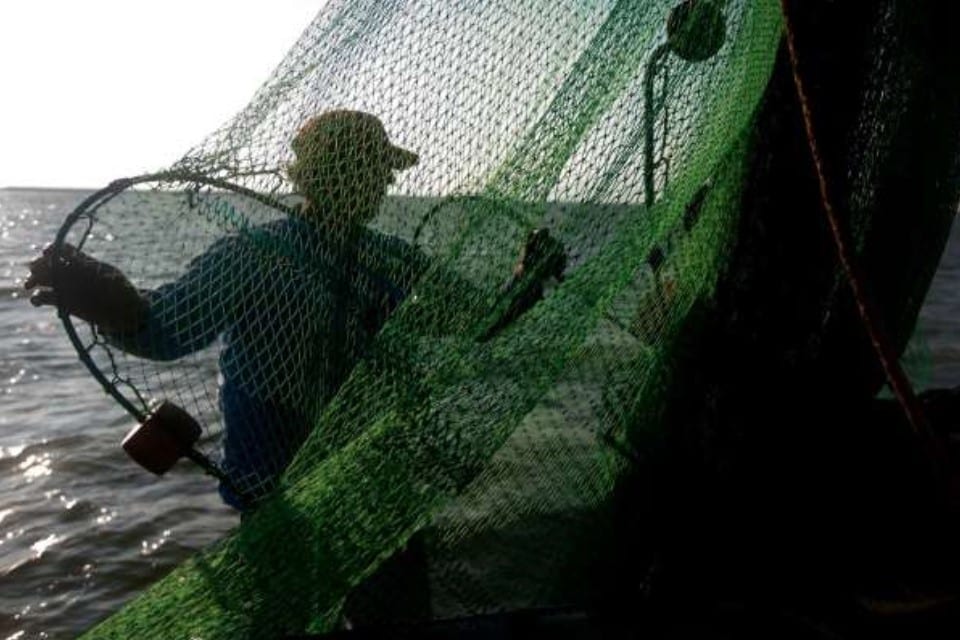 “Second, we will use a 100-foot-long custom-built trawl net to collect animals at these depths, again for examination aboard the ship,” He added. “Finally, we will deploy the Medusa camera system.

It will drift along by itself at these great depths, collecting imagery in a way that disturbs the animals less than a camera or a net would.” 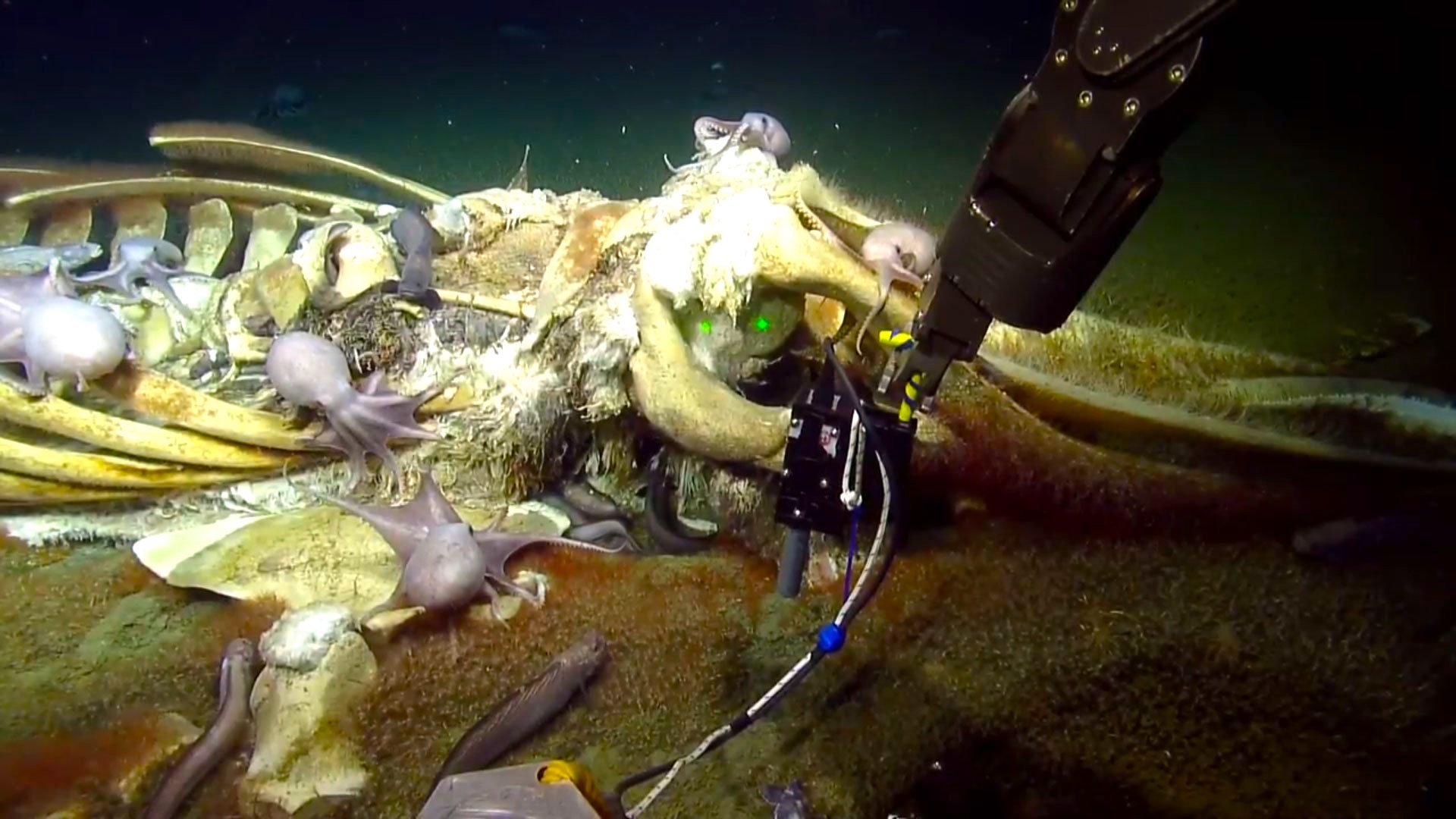 However, no one could’ve predicted what would happen in the last few days of the campaign. After the Medusa captured video beneath the surface on June 19, it was Robinson’s task to review the results.

It appeared to be a regular recording at first – with a few recognizable creatures passing by. 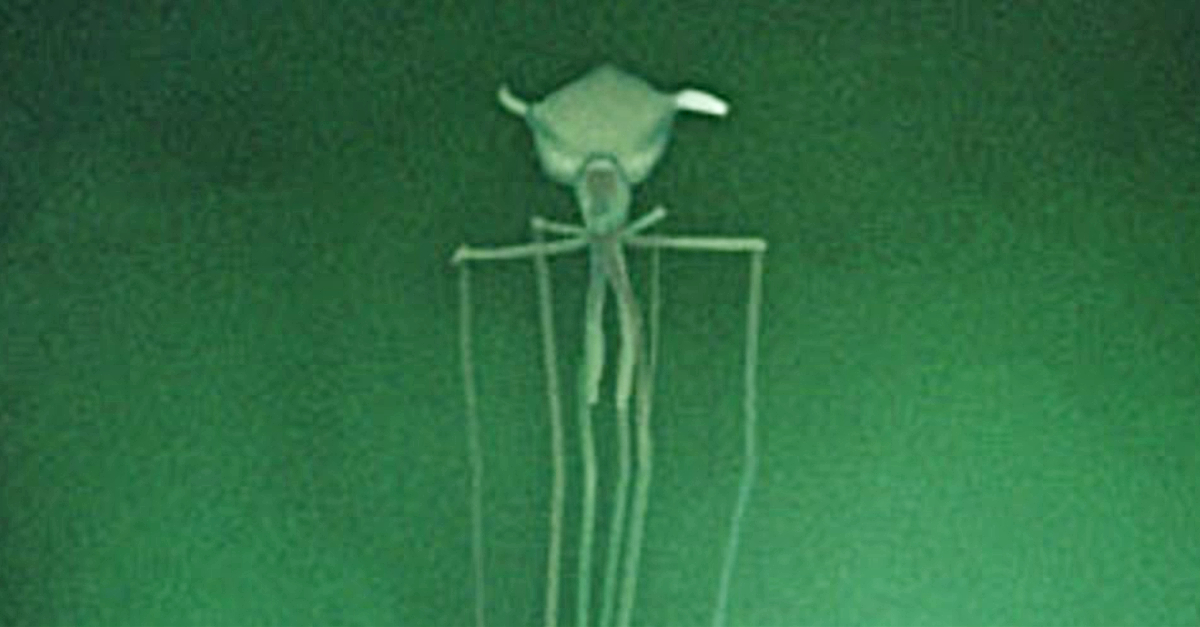 But as he continued to watch the footage he was startled by some tentacles coming into frame. They wrapped themselves around the Medusa for a short period of time – and then swam back into the darkness.

And when that happened, he was quick to get the attention of his associates on board the ship. 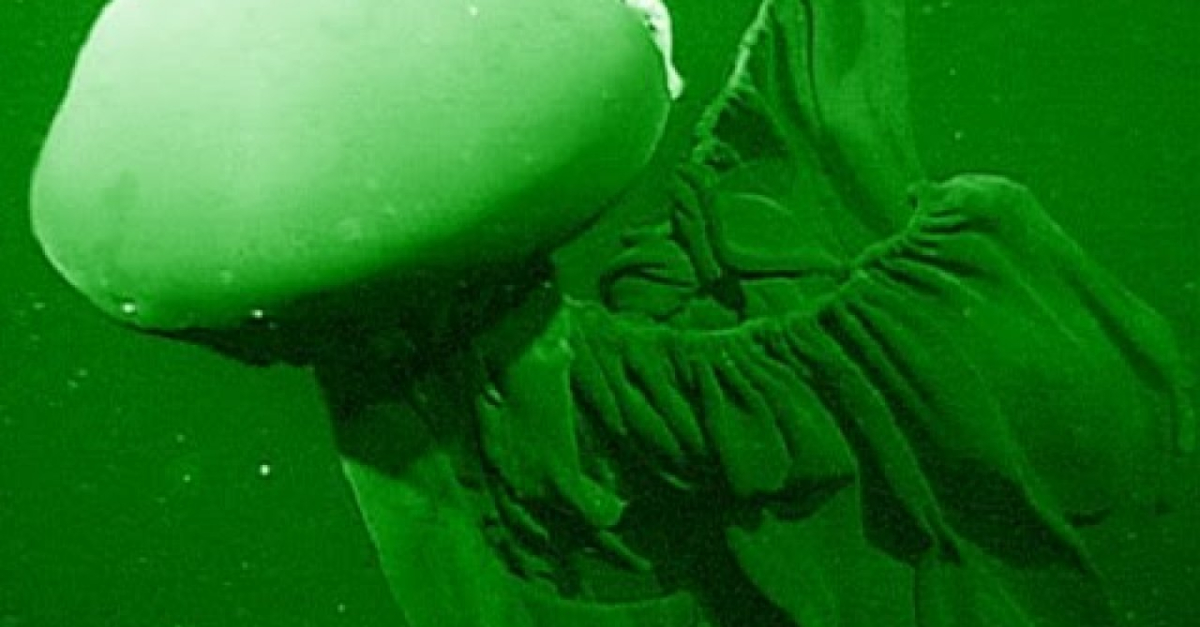 Widder and Johnsen wrote, “We knew immediately that it was a squid. It was also big, but because it was coming straight at the camera, it was impossible to tell exactly how big. But big – at least three to 3.7 meters (ten to 12 feet) long.

Quickly, those who could identify animals of this sort pulled out identification books.” 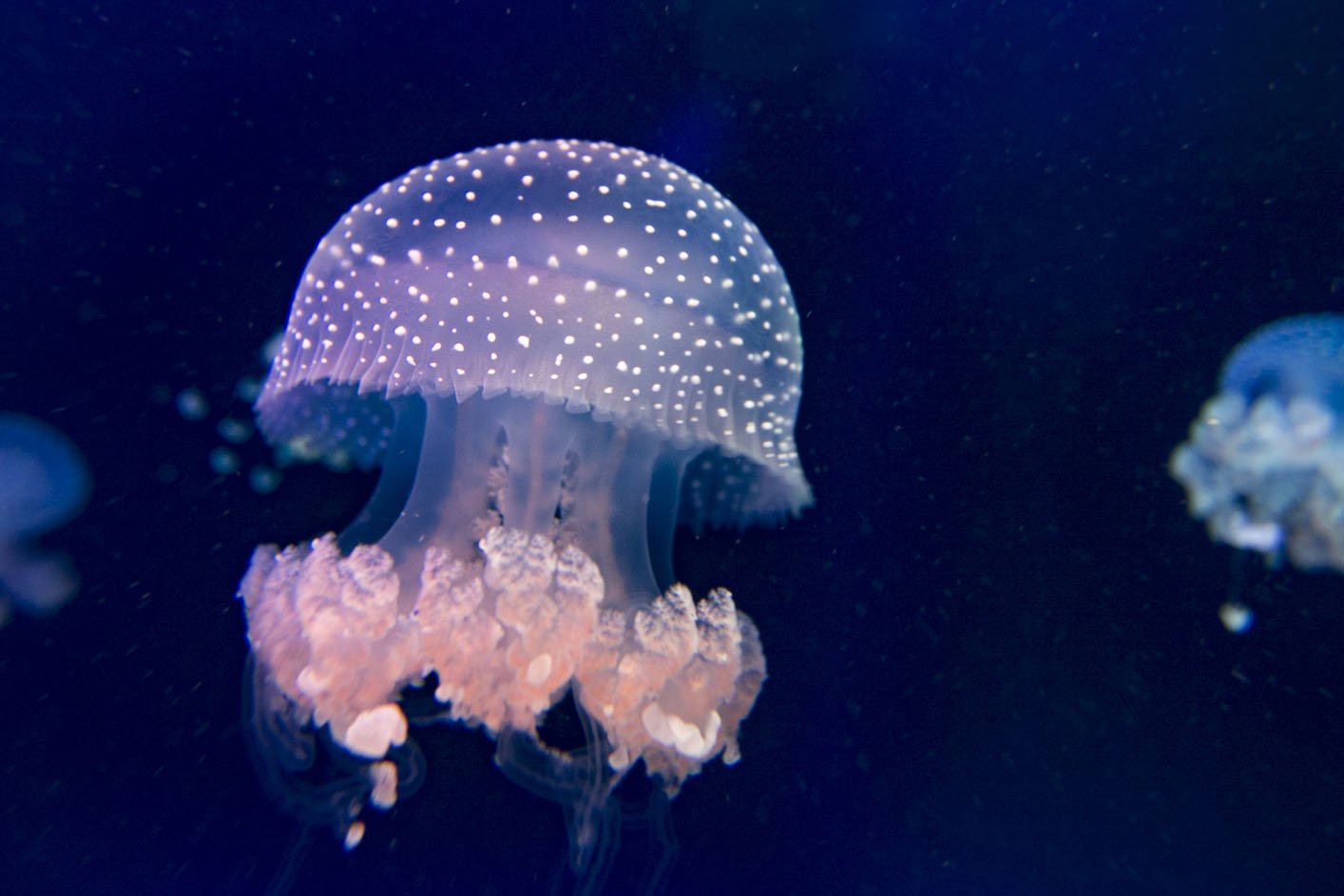 “Latin names for animals shot out left and right and pictures were pointed to,” Johnsen and Widder continued. “The two of us that knew squid the best was ‘70 percent sure’ it was a juvenile giant squid, but we couldn’t go any further.

We needed one of the best squid experts in the world: Michael Vecchione at the National Marine Fisheries Services.” 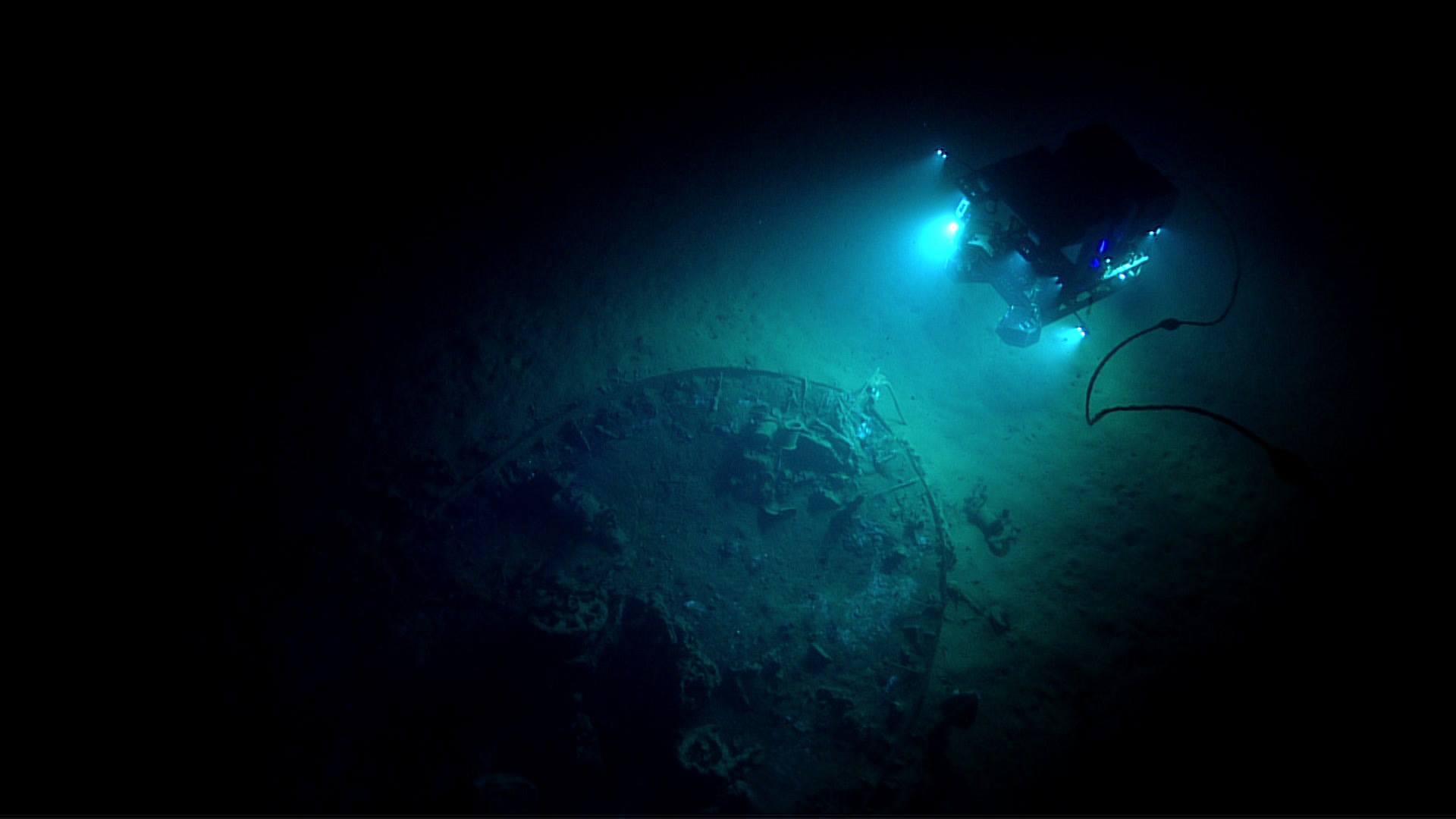 This was such an important moment for one reason, the giant squid had never been sighted in U.S. waters before. The monolithic aquatic animal has long been a mystifying being in the ocean – earning a mythical reputation in the past.

But in more recent times, we’ve been given tantalizing glimpses of the creature.

What Were The Odds? 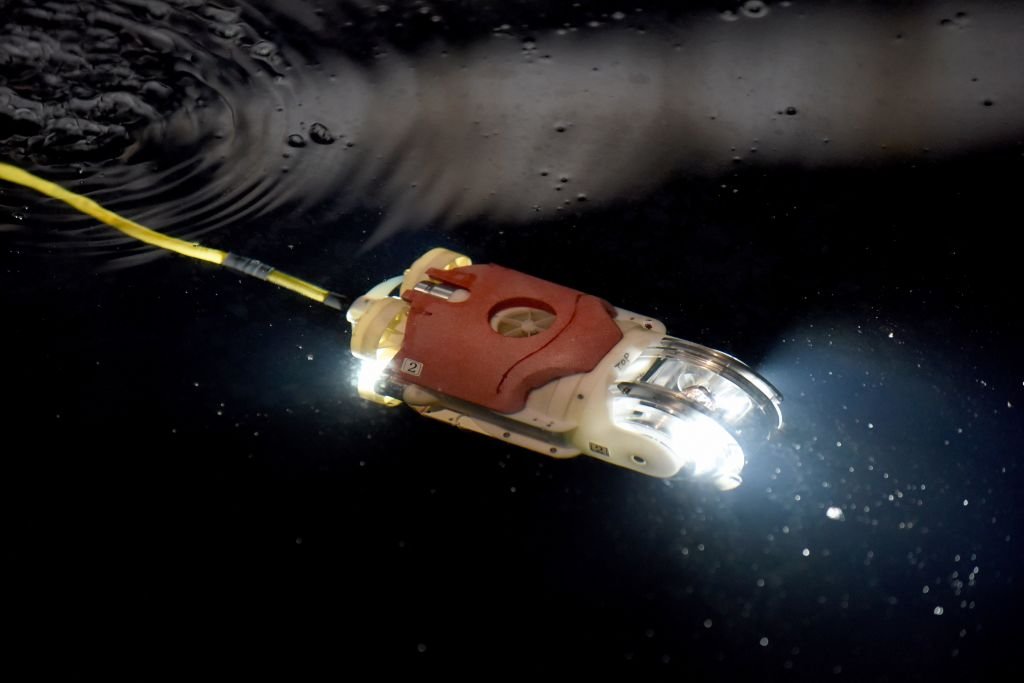 Johnsen and Widder wrote, “We found the squid after only five Medusa deployments, despite the fact that thousands of ROV and submersible dives in the Gulf of Mexico have not done so.

This suggests that the animal does not like the bright lights of ROVs, and that stealth monitoring can allow us to see what has never been seen before.” 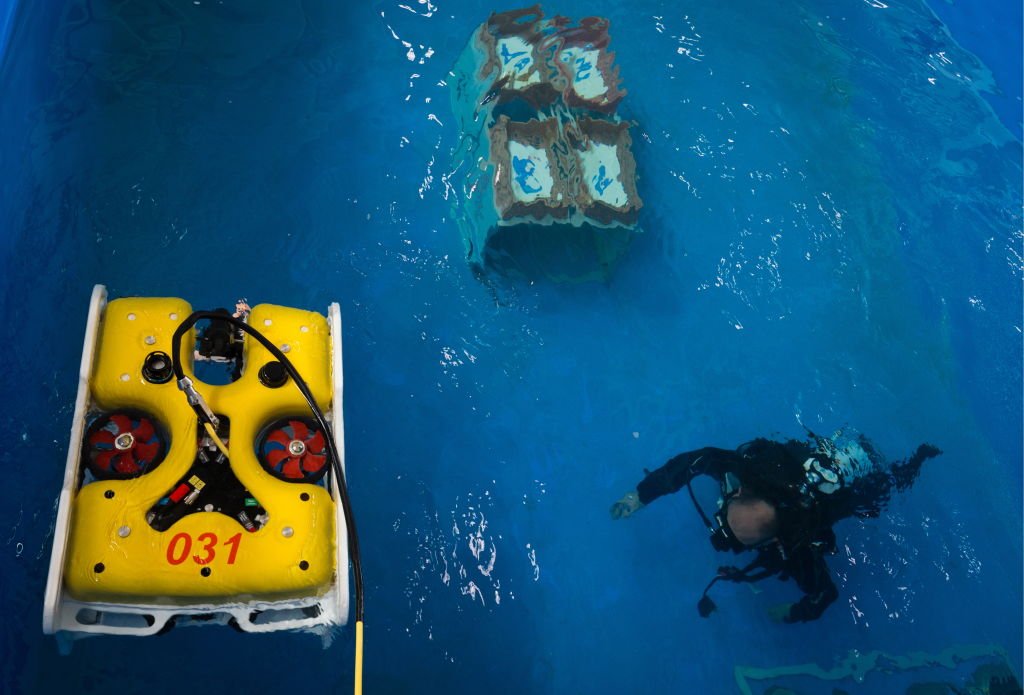 “We also found the giant squid here, only about 100 miles southeast of New Orleans,” Widder and Johnsen said. “The old maps often showed serpents at the edge, with the warning ‘here be monsters.’

However, the ‘monsters’ are here, in our own backyard. It’s not often appreciated, but half of U.S. territory is underwater, extending 200 miles or so from the coast.” 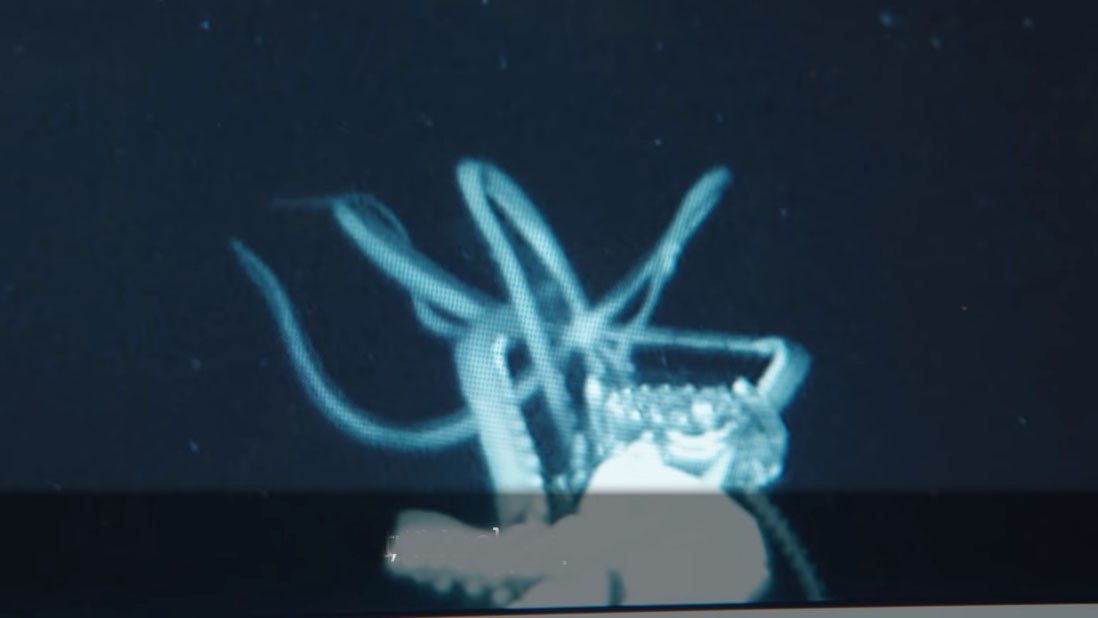 But it wasn’t the only thing they brought up when rounding off their collective thoughts. 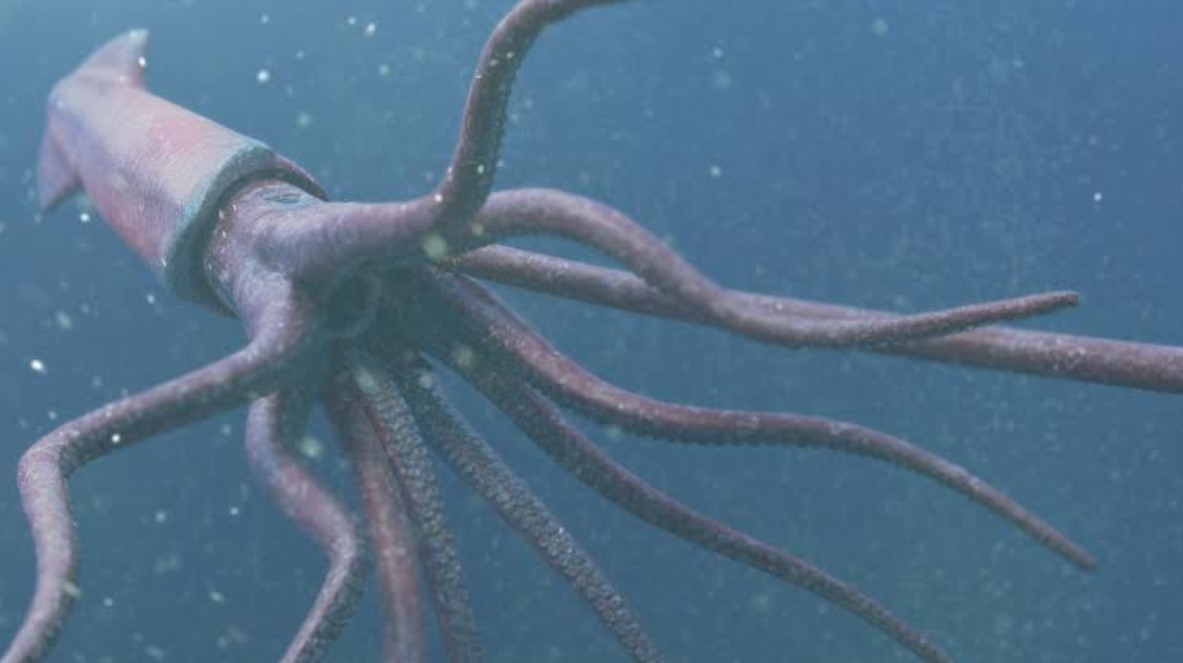 “Most importantly, we did not find a monster,” Johnsen and Widder wrote. “The giant squid is large and certainly unusual from our human perspective.

But if the video shows anything of the animal’s character, it shows an animal surprised by its mistake, backing off after striking at something that at first must have seemed appealing but was obviously not food.”

Waitress Gets Bad Feeling as She Seats 3 Men in Trump Hats, Then They Slip Her This Note 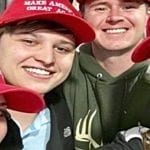