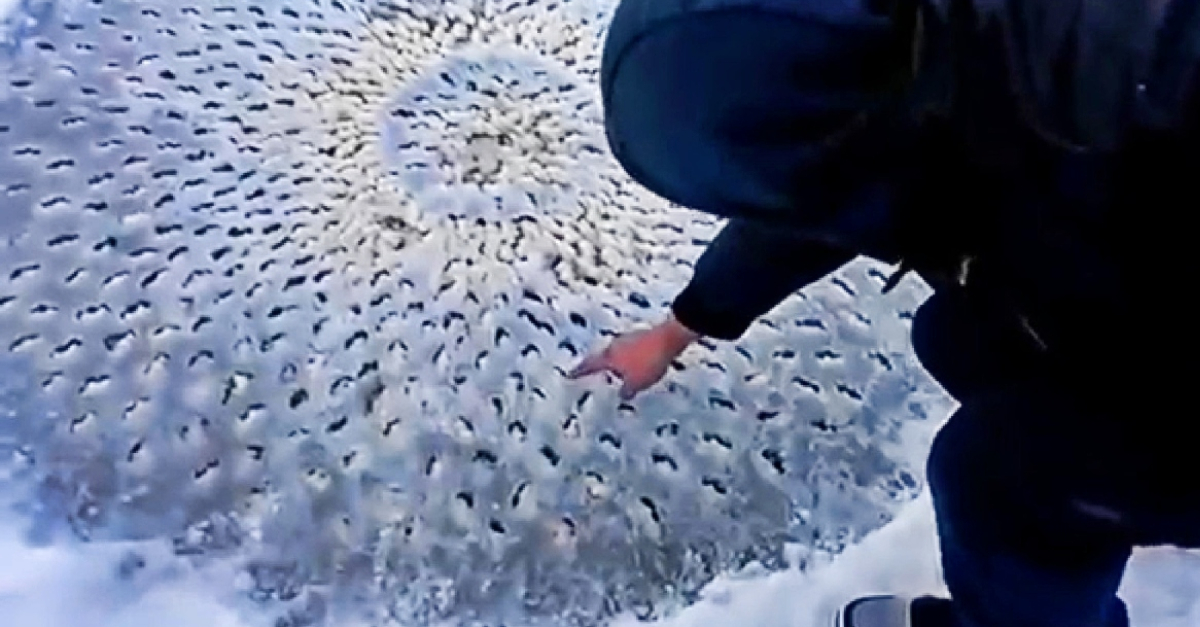 The world is full of strange and beautiful things. From giant ice glaciers to glow-in-the-dark plankton, some things can only be seen to be believed.

But even though science and our understanding of our world have advanced incredibly over the past few years, there are still some things and places that simply cannot be explained. Here are some of our best and weirdest examples.

Grass is green and water is blue right? Wrong! Australia’s Lake Hillier proves that not all water is blue. This pink-colored lake stays this color all year round and no one really knows why.

Scientists have hypothesized that it could be due to the bacteria that live there. Surprisingly, the water’s still safe to swim in!

This crooked forest in Poland has baffled scientists for centuries. Not one scientist has been able to explain why all the trees of the forest have grown with such an impossible slant.

Some believe that invading war tanks flattened the trees in WWII causing them to grow in such a strange shape but nothing has been proved.

Derweze, Turkmenistan is home to one of the most terrifying craters in the world. The Derweze gas crater also known as the ‘Door To Hell’ is 98 feet deep with a diameter of 226 feet.

Engineers thought it was an oil site and began to drill but the ground collapsed revealing the fiery pit below.

This shimmering spectacle is absolutely mesmerizing and looks like a scene straight out of the blockbuster, Avatar. But this glow-in-the-dark phenomenon is as real – and strange, as it gets!

In the Vaadhoo Islands of the Maldives, a chemical phenomenon occurs that makes bacteria light up the water.

In Banyuwangi Regency, Java lies the world’s most extraordinary active volcano called Kawah Ijen. Why is it so extraordinary you ask?

Well, instead of producing red lava and black smoke like all regular volcanoes, this one spews blue lava and flames into the air. When this volcano pops, its eruptions are a sight to behold – from a very safe distance of course.

The northern lights have long been known to be the most beautiful and dazzling natural phenomenon known to man. So, it might surprise you that since its first sighting in the 1930s, no one knows what causes this.

Unfortunately, since peaking in the ’80s, sightings are becoming less and less common and its mystery continues.

This bizarre formation is located in the west of South Africa. The red circles on the desert floor are known as “fairy circles” and range from 5 to 130 feet wide.

The strangest thing about the area is the incredibly low level and magnetism. Scientists theorize causes from famished termites to toxic bushes but nothing has been confirmed.

When Romanian workers were searching for a new site to build a nuclear power plant in 1986, they discovered this cave. It had been completely isolated from the world for over 5.5 million years.

Scientists thought it was uninhabitable but they found 48 different species living there – and counting!

It may look beautiful but it is deadly. Scientists say if you stand next to this lake for a single hour, it would most likely end in your death.

Located in Russia, this lake was used as a radioactive dumpsite during the soviet union’s secret atomic bomb projects. Let’s just say, that mission backfired!

If you haven’t heard of the Bermuda Triangle, you probably don’t pay much interest in transatlantic travel. This place is a sailor’s and pilot’s nightmare.

It’s deemed as just a myth by scientists but the ship and plane wrecks in the area would say differently. This is a huge area in the North Atlantic Ocean spanning 500,000 square miles. It’s also known as the Devil’s triangle for the number of ships and planes that have disappeared without a trace in the area.

The Double Tree Of Casorzo

The “Double Tree of Casorzo” in Piemonte, Italy is a direct affront to science. It’s a cherry tree that has grown atop of a mulberry tree – something science deems to be impossible.

For a tree to grow on top of another tree is simply unheard of yet here it is! The only problem is both trees cannot grow to their full size in their competition for space and food.

The Beacon Of Maracaibo

As unbelievable as this sounds, there is a small area in Venezuela that is exposed to 1.2 million lightning strikes every single year.

For 160 days, the lightning storm engulfs the night sky with bright colors of red, orange, and blue. The most unexplainable thing about these storms is that they’re completely silent – creepy!

One side of the waterfall continues to flow down the river while the other drops into a deep dark hole and vanishes. Countless people and scientists have tried to follow it but no one knows where it leads to.

The Mendenhall Caves in Alaska is perhaps one of the most beautiful wonders of the world. This crystal blue ice cave resides inside a 12-mile-long glacier and has to be seen to be believed!

It’s created by water that runs through the crater. However, almost all its explorers don’t wander too far in.