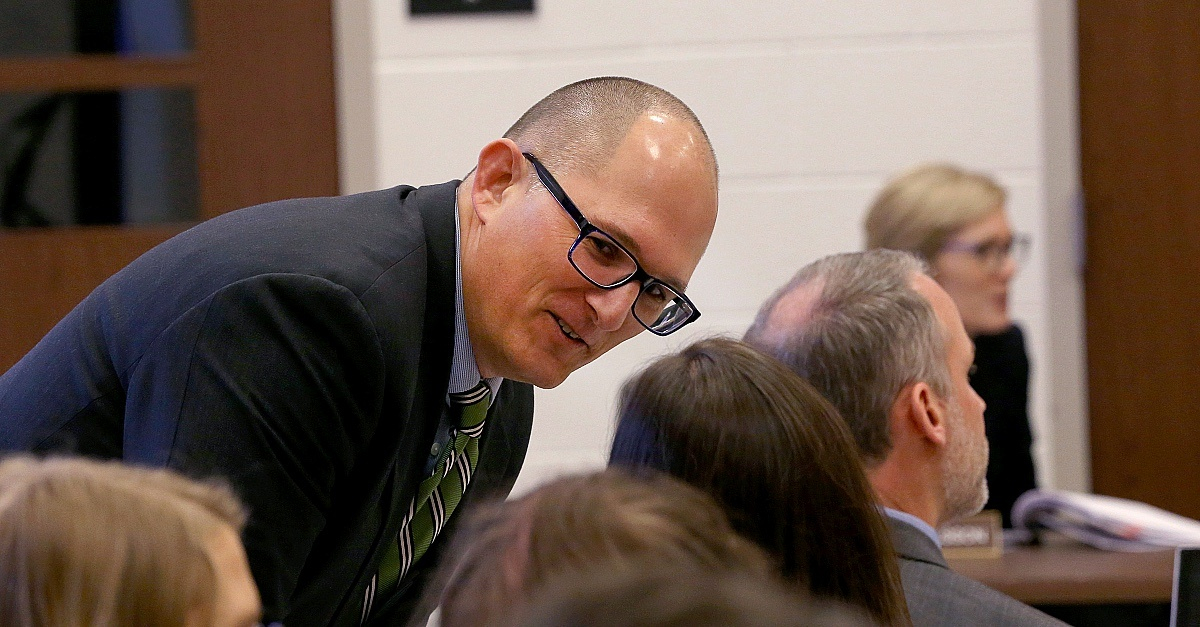 As he sat in the middle of the large crowd, he went over his notes one more time.

He wouldn’t have long, so he had to make every word count. Everything they were doing was so stupid, someone had to tell them. And if they wanted to force the issue, he was ready to show them who he really was – a dad with unshakable morals and a creative streak.

The day started like any other. Dimis packed his kids’ lunches and sent them off to school.

After that, it would be the normal rounds of work, chores, and errands. As he stepped out onto the front porch and felt the warm sun on his face, he took a moment to be thankful. After all, his previous life had been something most people couldn’t imagine.

Being from Iran, Dimis had lived under harsh conditions for years.

And while people in the US complained about government control, he had lived under true streams of dictatorship-like rules. It was even harder being a Christian. It was this background that made him grateful for the life he had now. But it would also set off a fit of anger by the time school ended.

The Loudoun County public schools in Virginia were constantly scrambling to keep up with whatever political agenda the left or right was currently pushing.

So, notes on new rules or policy changes were a common thing. But as soon as his son walked through the door, and handed him an official looking document, Dimis could only sigh and brace for whatever nonsense was on the newest agenda.

Dimis scanned the letter. Each word pulled up wafts of anger from deep inside, until he was seeing red.

It was yet another notice on how everyone should behave around trans people, or anyone who didn’t fall under the cis-gendered, gender conforming umbrella. This one was on the “proper” use of pronouns. It was the last straw.

Dimis crumpled the note in his white-knuckled fist and then tossed it in the garbage. They actually were making strict rules on how the students should talk! This was getting ridiculous.

The only worthy line in the entire thing was the date and address of the next school board meeting that was open to anyone. They had no idea who he was and what he was prepared to do.

By the time the meeting rolled around a few days later, steam felt like it was coming out of his ears.

However, on the outside, he remained calm and composed – with his speech ready in hand, but more importantly, a special piece of ammunition he was going to throw right in the boards face. Dimis finally got his turn … and he let them have it.

Letting Them Have It

He packed in as many of his thoughts as possible – how the schools weren’t focusing on actual teaching or the curriculum, they were just using the hours to force and agenda and indoctrinate children, and at least in Iran they kept the brainwashing separate from education.

The forced use of personalized pronouns – especially ones that could change on a daily basis – was ridiculous. It was HIS job to teach that (if at all) and not the teachers. But he wasn’t finished yet…

“You want to shove that garbage down my kids’ throats? I will make you call my son “King” and my daughter “Queen.” And when you look at me, you call me “master. You really want that word in your mouth when you talk to me?”

It wasn’t long until his time ran out and he was forced to sit down. He had launched his ammunition. But that wasn’t the end of the fight.

It was the last thing anyone in the room would have expected.

Dimis sat in the crowd, stewing about the policy. The parents of trans kids came up and praised the rules – saying their kids had a right to be identified. Dimis sighed – he forgot to put in the part that there are only two genders – the one you were born into. Oh well. Then, suddenly, a woman stood before the mic. It was someone he recognized.

It was one of the teachers from the school.

She cleared her throat and went on to describe how teachers weren’t treated well, were paid nothing, and a mountain of other injustices. But now, she also had to enforce the school’s political agenda? The next part, Dimis couldn’t have said it better himself.

“I believe that everyone should be treated with respect and kindness – even if I don’t agree with the things you think, or what you think you are. We’re human and that should be enough. I’m honestly tired of all of this. So, if you’re going to make me choose between my job and my faith, then I have your answer.”

And, right there and then, she quit. Dimis’ jaw dropped to the floor.

The entire council meeting stayed with Dimis for days after it had ended.

There was no word on the school’s decision, and he thought the pressure they had put on the administrators was going to fizzle out, but then he was contacted by a news outlet. They wanted to talk to him.

Apparently, the video of the meeting had not only been sent out, but it had also erupted into a viral story. The clips already had over a hundred thousand views!

There was the predictable pushback and digital yelling from those who thought themselves something other than how they were born. It was Dimis second chance to say everything he had wanted to.

He didn’t care. He grew up in a rough neighborhood and had thick skin. It was the rest of them that were far too delicate. They needed to realize that they can’t expect to snap their fingers and force everyone around them to do what they wanted.

If they wanted to live their lives, others should have the same freedom as well – even if it means disagreeing.