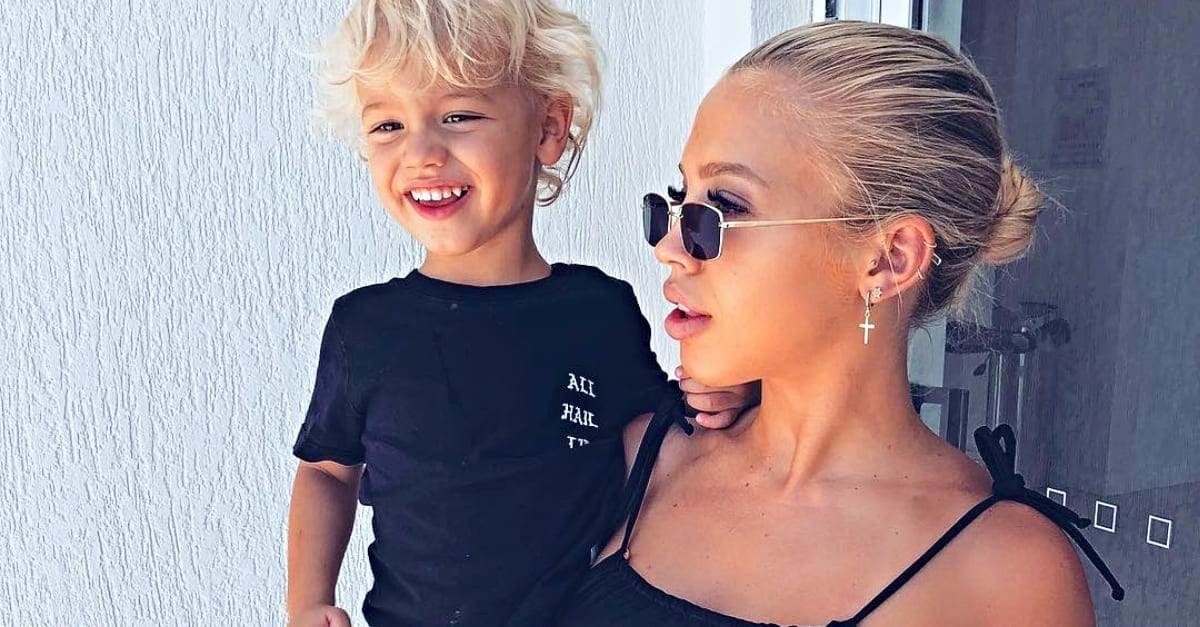 It all seemed like a fairytale come true. She spent years living in relative poverty, and now she was married to a billionaire with a dream lifestyle for her kids.

But when she realized her marriage was not a safe place for her children, the desperate mother made a bid for freedom… all they had to do was escape the house they were locked up in.

Alexandra Tolstoy was an adventurous young English woman who dreamed of seeing the world. Like something lifted from the pages of a romance novel, Alexandra fell in love with a horse rider in Uzbekistan. After a whirlwind affair, they were soon married.

But the pair’s idyllic union eventually turned sour and Alexandra needed a way out.

To pay the bills, Alexandra was working as an English teacher when she caught the eye of one of her students. But this wasn’t just any student. Billionaire Sergei Pugachev was an insanely wealthy and powerful man — and he offered her the world.

“I wasn’t happy in my marriage,” said Alexandra. “I’d had a very, very stressful time.” But was she ready to leave her husband for this man?

“Sergei felt like this savior coming in,” beamed Alexandra. “I’d talk to him for hours on the phone. It was electric. I fell so in love with him. I’ve never felt such a connection with someone.” Despite the fact that the Russian oligarch was still married, the pair went on to have three children together.

But she never imagined the danger they were in with Sergei as a father.

Alexandra’s life seemed perfect. “He’d give me his credit card and I’d go shopping,” she said. “I had a private jet, I just had to pack my suitcase and go.” Alexandra felt like she knew a different person than the one people saw as a cold businessman.

Deep down, she knew something wasn’t right, but refused to acknowledge the darkness brewing inside Sergei.

But after the bitter divorce with his wife finally came to an end, Alexandra and Sergei would finally wed. They added a $49 million beachfront Caribbean villa to their long list of assets and the ceremony was out of this world. Alexandra had never been happier.

But the fairytale wasn’t destined for a happy ending.

Soon Sergei’s business dealings would catch up with the family. The previously successful businessman needed a $1 billion bailout from the Russian state to keep his companies afloat. Even former friend Vladimir Putin turned his back on him for marrying a foreigner. Alexandra reported the president had said, “‘You’re a traitor. Why are you with this English person?’”

The bitter feud between Sergei and Russia would only further fuel his temper.

Alexandra was tearing her hair out. The family was forced to upheave their lives to avoid the wrath of Russia. After English courts charged him with a two-year prison sentence for leaving their London home during his legal battle, Sergei fled to their French property.

Alexandra felt safe in London, but when the disgraced oligarch returned to the house one night, she knew she had to make an impossible decision.

Sergei demanded Alexandra and the children live with him in France, but she refused. “Sergei had one of his explosions where he physically attacked me,” she said. “He locked the children in a room separate from me. And he locked my passport and the children’s passports in his safe. And he has a gun in his room.”

But she never dreamed of the danger her children were really in.

One night, Sergei encountered some agents from the DIA (Deposit Insurance Agency). According to Sergei, the men demanded money from him and if he refused to pay, the consequences would be unimaginable.

“They say, ‘Okay you have to pay 350 million or we will do something to your family.”

On top of that, Sergei’s cars — including one used by his now-grown children — were bugged with GPS devices. Two of them were suspected bombs.

“I do feel very frightened,” Alexandra said at the time. “…For my safety and the children’s because there have been such terrible cases of murder. He was driving the car and two cars tried to, you know, squash his car.”

The DIA denied the accusations, the devices were not bombs and the children’s fingers remain attached. Alexandra left Sergei and after he cut off all financial support, returned to her roots as a world traveler and author. She said, “I have my whole life ahead of me. I can go back to the things I love. And this is who I am.”

Could it be that money isn’t the solution to all your problems?