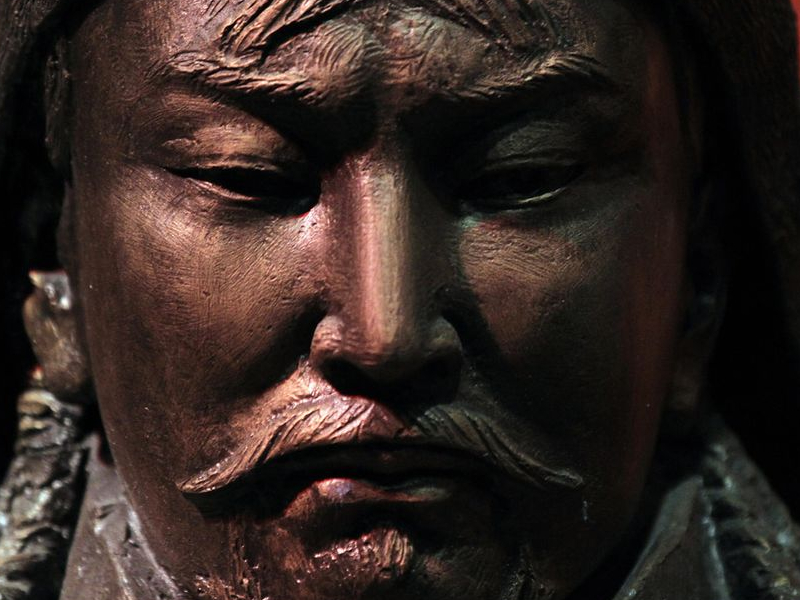 Hard Hand Of The Law

For anyone living under the rule of Genghis Khan, it wasn’t just horses and vast wars.

There were actually a fair number of strict rules people had to follow – many of which would come with harsh punishments if disobeyed. Do you think you could have lived under the famed ruler?

It’s no surprise that everyone in Khan’s army had to be excellent on a horse.

But they didn’t have only one special horse. They were expected to travel with a pack of 5 or 6. This meant that, at any minute, they could travel long distances as fast as possible once they were summoned to fight.

The Mongol leader didn’t get his vast army through volunteers.

Huge numbers of people were conscripted into the ranks. To refuse, meant a pretty painful ending. The ruthless collection of warriors was the only way Khan could maintain his vast empire. There was, however, one odd include he insisted on.

Women weren’t left out of the fighting.

At the time, it was crazy to think of a woman as a fighter. However, Khan’s rule of equality throughout his people was as strict as any other rule. Women could be shamans, political representatives, high ranking officers, expert bowmen, and more.

This meant that family ties meant nothing when it came to rising through the ranks and holding special positions. Someone’s talent, dedication, and loyalty was the only measurement the warlord cared about.

Genghis Khan also ensured that the Mongol people were taught from childhood – no ifs, ands, or buts.

Competitions were even held to test children – boys and girls – in various martial skills. These included wrestling, horse riding, and athletics as well as archery. There was no option to say no. But the “war games” didn’t end at childhood.

Khan also took the “nerge” – The Great Hunt – and commanded that it be changed into a comprehensive training exercise.

The past time turned into a hard rule. Everyone had to cover vast areas, corral animals, and not engage in any kills until the complete hunting circle had been formed.

Soldiers were not allowed a salary.

However, they did receive a portion of the loot that the army plundered. Wealth was even divided out by a special committee and documented in great detail. This urged warriors to fight harder in order to have a change at more.

Another rule was free religion.

It might seem off brand for the ruthless conqueror, but it was actually a clever strategy. He allowed the people to keep their religions and even put some of his own officials close to the religious leaders to nature favor. Genghis didn’t care what god people prayed to, as long as they stayed loyal.

This next one is a weird one.

It was forbidden to bathe or wash garments in running water during thunder – or any water for that matter. It came down to a fear of the gods and that if they contaminated water sources, it would go bad for everyone. They only beat the lice out once in a while. The stench that emanated was a source of pride.

At the time, slitting a beast’s throat was the usual way to prepare it to be butchered.

However, in Khan’s empire it was forbidden. They had to be bound, opened at the chest and the heart pulled out by the Hunter. It was a mixture of pleasing gods as well as showing prowess.

Not everyone who was conquered would live as one of the leader’s nomads. Many who resisted were turned over as slaves.

One harsh law said it was illegal for anyone to give a runaway slave any help whatsoever – not even food or clothing. They had to be taken back immediately.

It no surprise that one of the main laws was unquestioning obedience.

This meant soldiers and even officers could be lashed if they did not follow commands to the letter. For example, if soldier’s equipment went missing, it was his commanding office that got the punishment. At least it wasn’t execution – which was a common punishment for things as small as falling as sleep while on guard duty.

Horses were paramount in the army.

If a rider had to go for many days without lighting a campfire or even having a meal, and their rations (a fermented milk drink) had run out, they could make a small cut along the horse’s neck and drink the blood – then patch it up right after. The horse had to live … or the solider would die.

Despite his notoriety, Genghis Khan knew that one day he would die.

He commanded his men to not have any funeral whatsoever. They were to take his body someplace secret, trample the dirt to hide the grave, plant trees over top, and then execute the slaves that had buried him. For good measure, the soldiers who had taken him were also put to death after they got back, just in case.