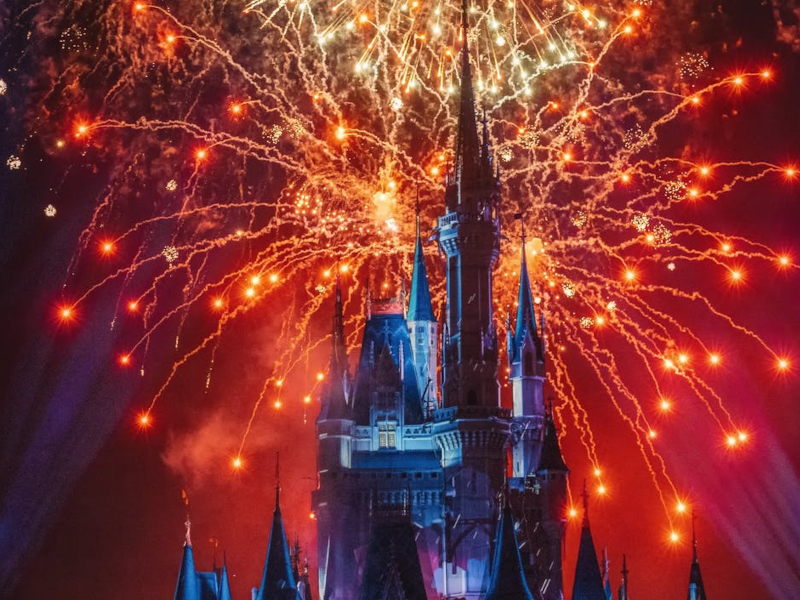 While there are a handful of rules for guests to follow – like not dressing in character costumes or putting ashes within The Haunted Mansion ride, there are far more for the people on the payroll side.

Here are some crazy rules that staff members have to follow while in the walls of the magical kingdom.

Disney employees are never allowed to point with one finger.

When someone asks for directions, watch carefully. They’ll either point with two fingers or their entire hand. This is because single finger pointing is considered aggressive or part of an argument.

If an employee has a tattoo, they must be able to cover it up very well (like under a shirt etc.)

However, if they have anything visible, they will never be hired. It shouldn’t be a surprise since rules were so strict that men weren’t allowed to have beards until recently – even then, it needs to be short and well kept.

For anyone who’s dreamed of playing a Disney character in the park, you might want to hold your breath.

The rules are extensive. The first one is there is a strict height and weight requirement for cast members. This means a petite person can’t play the Beast because the costume is massive, and someone tall can’t be Tinkerbell.

But that’s not all.

Aside from height and weight rules, cast members that play faced-characters (like Belle or Gaston) have to have certain facial features that match the cartoons. What’s even crazier, is that if Ariel, for example, gained too much weight, she would be demoted to a regular cast member until she lost the pounds.

Everyone knows that cast members sign hundreds of autographs a day.

But did you know that each person playing a certain character needs to take lessons on how to sign the name and write messages? Yep, from Alice to Snow White, they all have their own unique penmanship.

Stay In The Zone

This one’s a well-known rule…

Anyone in character must stay that way from the moment they leave the dressing room to the time they get back in and take off their duds. This includes answering questions that have to do with anything outside the Disney universe.

For example, if a kid asks Peter Pan if he likes MacDonald hamburgers, the actor has to play dumb – since the franchise didn’t exist during Pan’s time.

Ariel has no idea what a car is, and Jasmine will be puzzled at the notion of an airplane. They’re obviously trained on how to deal with these questions.

The company’s rule to staying in the immersive world of their park even goes as far as how the cast members eat.

They have to either change and eat in the park or go to a special staff cafeteria. Oh, and side, note… Forget about tweeting what magical meal you had. They’re not allowed to talk about their personas on social media. Yep, the corporate control goes as far as the cast’s personal lives.

Disney parks are immaculate, and quite by design.

But it’s not just up to the sweepers to keep things pristine. Everyone from executives to snack vendors must pick up trash any time they come across it. This includes princesses! What’s more, they have a patented, graceful “swoop and scoop” motion they must follow.

“I don’t know” is considered sacrilege in Disney.

The customer service requires anyone who is asked a question, and doesn’t know the answer, they must go out of their way to get the proper details – even if it’s not even close to their department. They have to call someone who knows and stay by the customer’s side until the issue is resolved.

Hair, face, and tattoos have been covered. But what about jewelry?

Employees can have one earring per ear, and it must be smaller than a quarter – and it must be on the bottom lobe. Rings are restricted to one band per hand, unless someone has a wedding band set. Anything else is a no-go.

If for any reason the topic of employment comes up, and the person is actually a cast member who plays a costumed character, the have to say they are “a friend with…”

This lets adults in on the secret but keeps the illusion alive for children even off the Disney property.

The person playing Ariel absolutely cannot squeal when she sees a famous person walk by – or even come up for a picture. They have to stay strictly within character.

Disney princes must always smile, stand straight, and be upbeat. They also cannot sit down.

And if that isn’t bad enough, it doesn’t matter if it’s boiling hot or freezing cold – they’re not allowed to put on coats or leave for an extra water break. Some former employees say it borderlines on abuse.