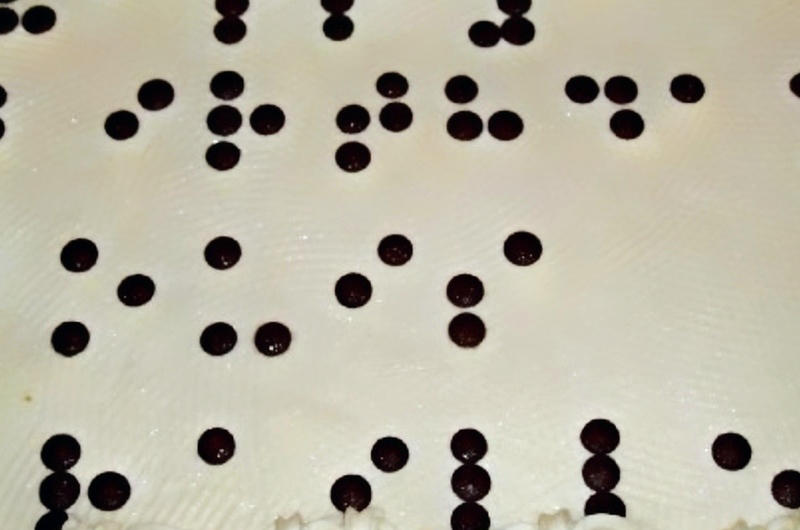 It was something that they never expected to be more than just an innocent idea.

But the plan derailed somewhere along the way, perhaps between the kitchen and the table. It would leave the customer leaving their seat with a tear-stained face. She was just hoping that she could make amends before she got fired.

Lily was very happy with her job in the restaurant business, she considered herself blessed.

She loved the white tables and wicker furnishings compared the the greasy countertops she had to work on while she was in college.

So one day when Lily noticed two women walking into her place of work, she knew this wouldn’t be any regular dining experience.

The two ladies slowly walked up to the tables and sat down at the table with the bench. Then Lily noticed the well-used cane that one of them was holding, she understood perfectly what implications that had.

One of the elderly ladies was blind.

Lily put on her best face and walked over to the two to ask what they would like to drink. But there was something more going on that she didn’t know. The chance of having a special experience would end up in a ruined night.

She smiled and asked, “Welcome. Can I get you something to drink?”

The two women smiled back and the woman with vision excitedly said, “Go on, Natalie. It’s your birthday. Go crazy!” After realizing what was going on Lily knew that she wanted to make this woman’s birthday a one to remember, but it would be remembered for all the wrong reasons.

She took the happy women’s order and walked back to the kitchen before pulling out her phone and finding a translater.

All she wanted to do was write braille on the cake – she translated the simple message and put it on paper before heading back to the chef.

Dealing With The Rush

It was a Friday, and those days were full of patrons, but she was always ready for the rush.

She had to help the other patrons and make sure that they were catered to. This meant that she couldn’t do the braille herself – she’d just hope that the kitchen would do it properly. But this would be a problem.

She would go back and check as best she could but more often than not she would have to just trust that the kitchen would copy the instruction completely.

It seemed that everything was going just as she had planned. But then she saw tears streaming from the blind lady’s face, what had the kitchen done to her cake?

The woman was covered in the cake that she was meant to eat, what had happened?

No, no, no! What happened?! Lily rushed to the table and saw the smear of dark sweet liquid across the plate. She felt her stomach twisted into a hard pit and her entire body turn ice-cold. What was going on?! She grabbed the other waiter and pulled him back to the kitchen.

“What did you do?!” The cook looked at her, beyond confused.

“I did what you asked!” he answered. It was a good five minutes of arguing. She prayed the manager wouldn’t come in. It wasn’t until she pushed away one of the orders did her fingers reveal the answer.

The plate was warm!

The chef had indeed written the message as instructed. But between the kitchen and the table, the dots had melted. So, when the blind woman ran her finders along it, even though they looked solid, she ended up a sticky mess. Lily immediately went into crisis-management-mode and rushed out to the table.

Not A Mean Joke

The two women were packing up their things, one looking furious and the other in tears.

Lily fought back the embarrassed blush in her cheeks and explained what had happened. It wasn’t a cruel joke. The staff had the best intentions. She begged them to let her fix it.

The blind friend let out a sigh and a chuckle – she understood the booboo.

She also appreciated the effort. So, aside from having the entire meal on the house plus a bottle of nice wine, Lily asked them if they could have another go at it. She watched the plate like a hawk all the way back to the table. The woman gingerly ran her fingers over the sweet bumps.

A bright smile crept along her face.

“This is very nice, thank you. No place has done this for me before.” Lily beathed a secret sigh of relief. “I really am sorry, ma’am.” The two women promised they understood. There were no hard feelings. But it wasn’t until the sighted friend whipped out her phone did Lily knew things were okay.

The friend snapped a photo of her friend holding the plate and posted it on social media.

It was an “all’s well that end’s well” moment. However, Lily was going to make sure that if anything like this happened again, she would stand right next to the chef and make sure the plates were chilled.