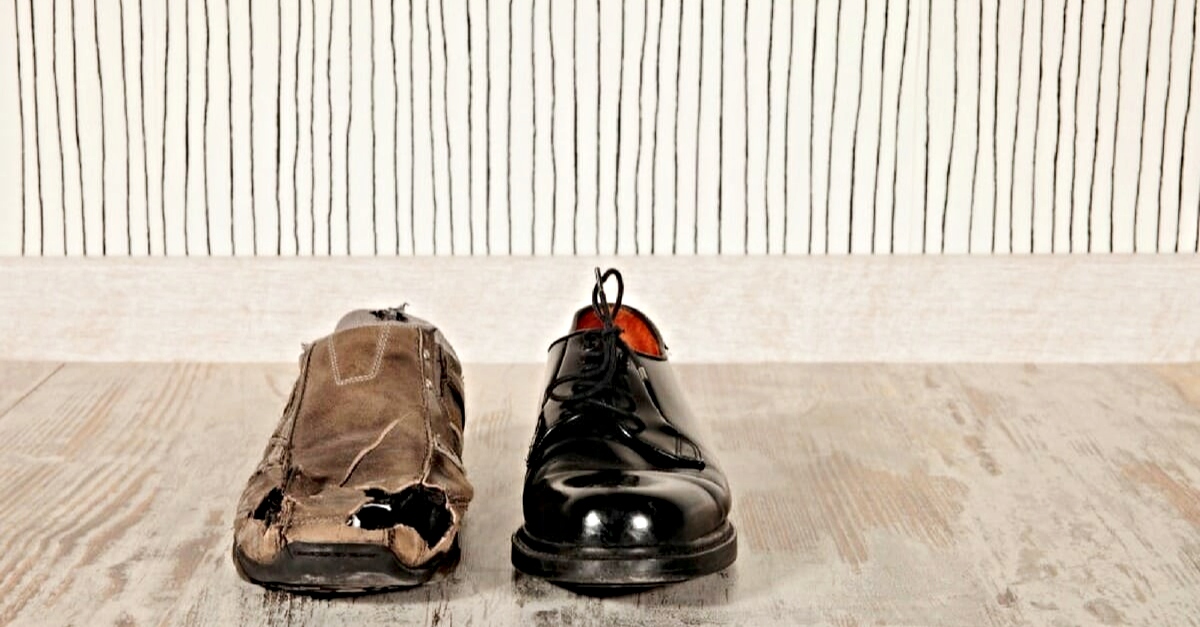 Some habits become such a big part of people’s lives that even when they change their financial status, they find it extremely hard to shake these habits. No matter what your financial status is, sometimes it feels almost impossible to let go of some things.

Some Redditors have shared a few interesting habits that they still have from when they used to be poor. Let’s look at some of the best!

I feel terrible guilt when buying something I don’t necessarily need. I still have this fear of spending money on things I probably even do need. For example, I have convinced myself not to buy a new winter jacket for years. Even though the one I have is basically falling apart, it keeps me warm.

I can afford a new winter jacket. I could afford 10+ more winter jackets if I wanted. Yet, it still freaks me out to get rid of something that is still somewhat useful.

Sometimes I put money aside for something I want to buy, but I don’t end up spending it. I keep doing this over and over.

I would look at my account, see all the money and tell myself, well, this was supposed to be for this thing, but I like the numbers I see in my account. I’ve lived fine without having the item this far, so why not just keep the money.

I still get nervous about purchases over $20. A TV/PS3 bundle came into the store I worked. It was only $999. I had no debt, $2,000 in the bank, my girlfriend and I were moving in together, and I had no TV. It was a justifiable purchase.

I nearly threw up when I swiped my card. My girlfriend had to keep telling me it was okay to buy it. I was sick for hours. I can’t spend money like that. I haven’t since. Never understood why.

I still have that heart-crushing fear that starts to choke you as soon as you log in to check your bank account.

I haven’t been overdrawn in years, but I still feel like I need to sit down every time I get ready to check my balance. It has been four years since I overdrew an account, but I still wait to see that red and feel the sinking sensation.

I must eat everything that’s on my plate each time. And if there are a lot of leftovers, I’ll end up eating the same thing for lunch for the next four days until it either goes bad or is gone.

Growing up, we never had much food, and now I find it impossible to waste food. If the meal costs 20 dollars, you better believe it will all get eaten.

I’m still used to spending a lot of time making sure I get the best deal and agonizing over purchases that are more than $50. I recently visited my (still very poor) parents. I noticed that I was low on gas while driving their minivan around, so I filled up the tank without thinking about it.

The following day, I get up, and my dad’s got the manual for the van out, and he’s like, “I think something’s wrong with the van. I got in it this morning, and the gas gauge was pointing straight up!” It was pretty funny to me but a little unnerving how (once they figured out what had happened) they treated it like a big deal, like I’d gotten them some incredible gift.

I purchase discount food and freeze all my leftovers. I pick up pennies on the sidewalks because saving pennies helped me buy food and gas in the past.

If I didn’t do that, I could have been in huge trouble at times. Now, I don’t need to do it anymore, but it’s difficult to get rid of the habit.

Buying A New One

I got used to fixing things instead of tossing and replacing them and keeping things until they were utterly broken. Sure, I can’t scroll left on my phone, and the 7 is broken, and sometimes it turns off for no reason, but I can still make calls, can’t I?

I’m throwing out as little as possible, and I’m okay with this habit.

I’ve been a practicing doctor for 10 years, and I still drive the car I bought in high school. I also have a smaller and less luxurious house than almost all of the nurses I work with. When I was growing up, I would always hear stories about wealthy people going broke because of buying fancy cars and huge houses, and it just stuck.

Everyone I work with thinks I am crazy because I take a lot of international vacations but drive a 1989 Honda Accord and live in a small house out in the sticks.

Growing up poor in a poor neighborhood, you get the feeling that everyone else is trying to take advantage of you. When someone comes into some money, like a child support check or tax return, all the friends or relatives come out looking for a handout or to ‘help’ you decide how to spend it.

Now, even though I’m okay financially, if I get some extra money, I still get a little suspicious when friends text and want to hang out. I know they don’t know. I just got my tax return. They’re just trying to hang out with me. Still, for a moment, I’m back in the old neighborhood, hiding my mail under my groceries so no one can see the federal yellow envelope.

Having Trouble Turning Free Stuff Down

I swear I look like a starving child when I leave family functions. At every party, when someone says, “Does anyone want this? If not, I’m gonna toss it!” I instantly am like, “Me me me!!” I always leave with like six meatballs in a dixie cup, a sandwich bag filled with salad, a cool whip bowl of leftover mashed potatoes, and a plate filled with nonsense.

I will also take almost anything free that isn’t food. You are throwing away that old mismatched dish set because you’re moving? I’ll take it! You’re sending three garbage bags full of clothes to goodwill? Let me go through it first!

Putting Off Going To The Doctor

When I started my current job last year, I got sick. Still, I went to work because I’d never been in a situation where I could miss a day of work and not worry about getting fired or paying the bills.

And everyone was like, “Why are you here? Go to the doctor and go home.” I realized that I could do that and started crying like a crazy person. I’ve never felt richer in my life.

Still Buying All Clothes On Sale

I still buy all of my clothes on sale. It’s the only time I’ll ever buy clothes. They have to be on sale, and they have to be cheap. Yet, I still dress nicely and buy new clothes often because they always put stuff on closeout.

It’s not such a big compromise, but I can still find it incredibly difficult to get rid of this habit.

Despite having a degree in economics, knowing it’s completely irrational, and having gone from being homeless to owning a house and having a job paying around double the median income, I still play the lottery.

The few dollars are easily offset by the enjoyment and relaxation I derive from the fantasy of winning. The silly thing is I just can’t get that without buying an actual ticket.