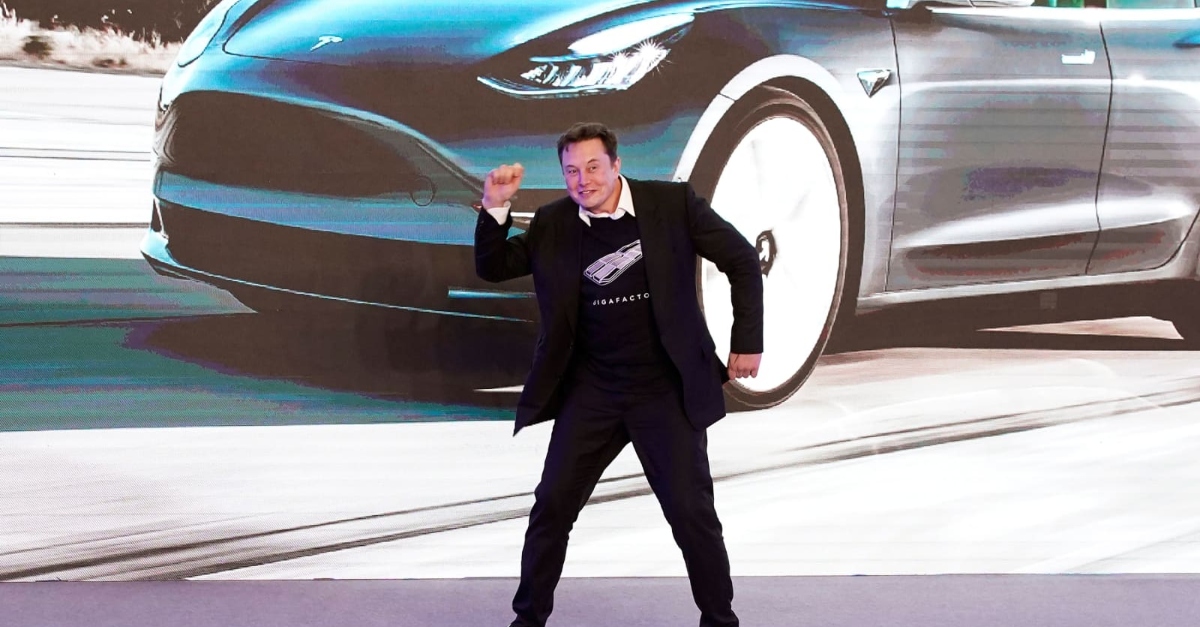 The wealthiest man in the world made his billions and had been born in South Africa. He is seen as the new messiah, but he is very strange sometimes, which cannot be denied. It doesn’t matter how you feel about him; he is an undeniably divisive person surrounded by controversy.

He is known for his strange behavior and specific moments stand out. Whether dancing like a robot to his rhythm or openly antagonizing major worldwide companies, he has never let a dull moment pass. Some of the most peculiar things he’s done to this date follow.

However unlikely, the CEO of Tesla and SpaceX, at some point, decided to produce and release his motivational song on SoundCloud. Although his intentions might have been good, the song made people uncomfortable.

A Trance album with rhythmic motivational mantras that he made for a strange mix set. And the weirdest thing about this is that SoundCloud links to a rap song about ED if the song is played entirely.

He has a wide variety of interests in different business fields. He co-founded Neuralink, a business built upon the idea of implanting a chip in the brain.

If perfected, this would have many different benefits. But Musk claimed that he wanted to plant the chip in the brain of primates and then teach them how to play video games.

It Is Pronounced Ash

Gwyneth Paltrow, a seemingly average person, named her first child Apple, so everyone anticipated something outrageous when Musk and Grimes had been expecting. He did not disappoint.

He named his child X Æ A-Xii and his explanation on Joe Rogan had been unsettling. It had been the most normal thing to him. He said, “I mean, it’s just X, the letter X. And then, the Æ is pronounced ‘Ash.'”.

He has a weird sense of humor which might be part of his eccentric character. He had made some outlandish choices, like when he made the set share price for Tesla at $420. He and the mother of his child are open about their use of marijuana which 420 is associated with.

It is a euphemism for celebrating the practice of ingesting any weed substances. But the bit went as far as him being sued by the SEC for securities fraud.

Rapper Azealia Banks made headlines in 2018 when she became embroiled in a weird feud that ended with her camping out in Elon Musk’s house. According to the rapper, she was invited to collaborate on a song with Elon’s partner, Grimes.

She claimed Grimes never showed up and was left stuck at Elon’s house, waiting around. Elon alleges he never met Azealia while she asserts that he was “tripping on acid” and “a humanoid mutant caveman.”

Once Elon used a piece of art- a Unicron powering an electric car with its farts, as publicity for Tesla. He did this without permission from the artist, and his daughter noticed. Elon agreed to stop using it but asked them not to sue because that would be “lame.”

The dispute seemed to be resolved behind closed doors. So, yeah, basically, the wealthiest man in the world once got into a spat over a farting unicorn, and this tells you all you need to know about the unpredictable life of Musk.

Elon also has his Tequila brand. The story is as strange as any of his others after he started a war on the alcoholic drink by tweeting, “We will fight Big Tequila!”.

This is because the Tequila Regulatory Council has strict confinements for what qualifies as authentic tequila. But he had to rebrand it as Tesla Tequila and was finally able to introduce it into the market.

Despite his claims of implanting a chip in monkeys’ brains, he also claimed that Neuralink had done this to a pig named Gertrude, able to control its mind to some extent. He described the project: “It’s like a Fitbit in your skull with tiny wires.”

It has been a controversial topic amongst journalists, receiving a lot of criticism. Some have gone as far as saying that his childish fantasies prohibit him from focusing his attention on essential projects that may offer concrete results.

He also has an immature sense of humor. He has released three models in the Tesla series the first being “S”, the second “E” and the most recent model “X”.

But Ford threatened with legal action because of the “E” model which made him have to change it to the “3” model. Either way, when put together it spells out “S3X”. Is this a coincidence, or purposefully immature?

While it is widely known that Elon Musk is an occasional ‘herb’ user, when he went onto Joe Rogan’s podcast as a guest, people thought he went too far. Musk has the fate of thousands of employees, investors, and shareholders tied to his many public companies.

Being their CEO, therefore, requires a degree of stability. So when Musk lit up a joint and drank whiskey right there at the podcast while he was live on air, he was roundly criticized for this behavior.

Elon may actually be the nearest thing to a real-life Tony Stark. His penchant for fast cars, flying rockets, eccentricity, and controversy, plus the fact that he’s an actual billionaire, do raise some similarities with the iconic superhero.

When Elon was asked about a meeting he had with Pentagon officials, he made people wonder if he did have similar ambitions to Iron Man. Musk’s answer was to casually state that it was “something about a flying metal suit….”. Oh, and did we mention, he also made a cameo appearance in Iron Man 2.

Musk has broken the internet on more than one occasion for his awkward and funny dance moves. At the opening of Tesla factories in Shanghai and Berlin, Musk treated jubilant crowds to his weird dance routines.

The performances have become so legendary that many of the images from these have inspired memes and GIFs. Then again, Elon has never been short of producing meme-worthy content.

In 2022, Musk began flirting with the idea of buying social media giant Twitter. He followed through, and a massive $44 billion deal was brokered.

Musk famously backtracked and is now embroiled in a potentially massive lawsuit for pulling out of the deal. Anyone else might have been anxious about being sued for billions. However, Elon’s response was to post hilarious memes and poke fun at the situation.

Elon Musk continues to divide opinion with his almost-daily antics. He is often criticized but never seems fazed by much. On the other hand, he has a massive following of people who believe he is the savior of humanity and that his ambitious Mars projects with SpaceX are actually a game changer for society.

Love him or hate him, no one can deny that the eccentric billionaire is also a genius in many respects. Only time will tell whether he proves to be humanity’s savior or goes the way of Howard Hughes. What are your thoughts?