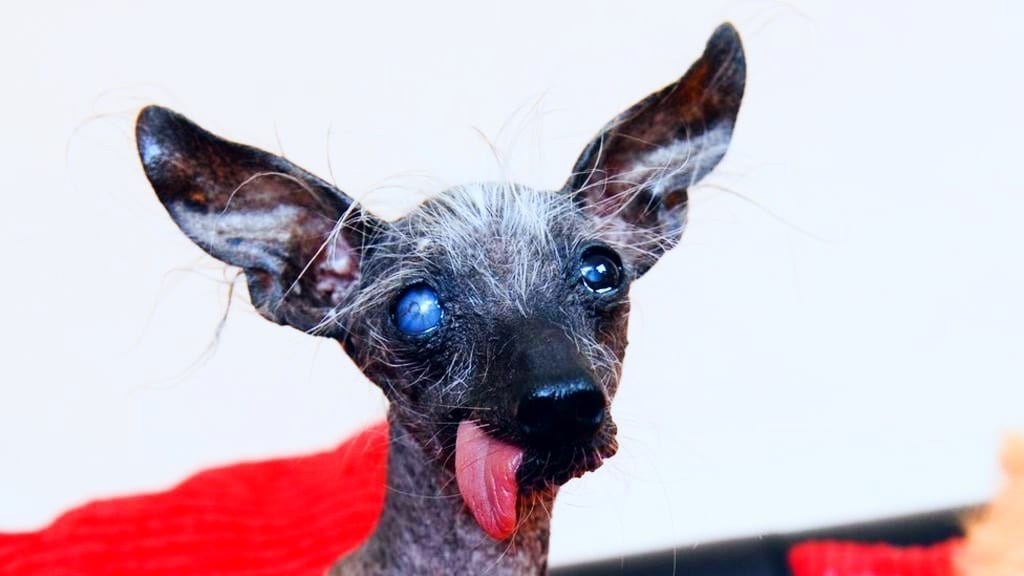 Everyone knows that dogs make great pets. There is a dog breed to suit just about any taste. However, while most of these breeds are well known, there are some very unique breeds that you will not find on most lists of dog breeds.

What makes these breeds so rare?

There are a number of reasons why a breed might remain rare or unique, just like a mixed breed. This is because they are either found in exotic locations, have very unique attributes, or simply require a lot of work and maintenance.

Here are 23 of these unique breeds.

Hailing from Hungary, these large, white, fluffy dogs are perfect for a family. These dogs have a huge heart and are terribly protective of their family. Their deep bark keeps strangers at bay. However, due to their size, these dogs need a lot of room both indoors and outdoors to run and play.

These agile dogs come from the mountains of New Hampshire. They have a double coat meaning that they are well suited to cold temperatures. This is due to the fact that they were bred to be sled dogs.

With enough exercise, these dogs are polite and dependable.

Now to West Africa where we find the Azawakh. This short, fine coated dog is highly protective, making it an ideal guard dog. Known for their speed and excellent vision, these dogs excel at lure coursing.

The Tibetan Mastiff is perfect as a guard dog. Due to the fact that they can grow quite large, these dogs look terribly imposing. However, in reality, these dogs are gentle giants and are very calm.

They have a thick double coat which adds to the imposing appearance of this breed.

Bedlington Terriers are excellent family dogs for numerous reasons. Not only are these dogs terribly loyal and great as TV companions, but they also do not shed. With their pear-shaped head, wool-like coats, and tasseled ears, these dogs are truly unique.

They are also known for their great speed.

Over to Louisiana where you will find the Catahoula Leopard Dog. This is the only breed known to have originated from this state. It is also believed that these are the first dogs to ever have been bred in the United States.

Not only are these dogs loyal but they are also known for being great guard dogs.

A Turkish pointer with a distinct split nose, the Catalburun was highly inbred as many people believed the split nose offered a scent-sniffing advantage over other dogs; however, this proved to be untrue and hunters stopped breeding them which make this breed extremely rare.

As America’s only native wild dog, the Carolina dog looks very similar to an Australian Dingo which is why it is also commonly called an American Dingo. While it starts out shy, rare dog breeds like this one instantly warm up to their humans. It has pointed ears, a fox-like snout, and a beautiful ginger-colored coat.

This fierce guard dog originating from Brazil is definitely not for inexperienced handlers. Widely known for its aggressive temper, the Fila Brasileiro does make a loyal family dog; however, rare dog breeds like this one will fiercely protect them if he/she feels threatened by strangers. This dog also proves that having a short coat doesn’t mean it won’t shed and requires a good brushing twice a week to remove dead hair.

The adorable face of a Finnish Spitz might remind you of a Shiba Inu or even a fox. A small and agile dog, the Finnish Spitz is intelligent and highly-spirited. They have a dense golden-red coat and a bushy tail and many become highly-prized show dogs. Effective alert dogs, they love to bark and when they do, it can be high-pitched and piercing at times.

The Stabyhoun hails from Friesland, a province in the Netherlands and its name translated from Dutch means ‘Stand by me dog’. An intelligent, loving, and obedient breed, Stabyhouns are retrievers and pointers and are especially skillful as a hunting dog. With an estimated 4,000 dogs in existence, Stabyhouns are now considered rare dog breeds; however, for the lucky families that do have one, they have an affectionate and loving friend for life.

A loyal and intelligent breed, the Mudi is a Hungarian farm dog with exceptional qualities. It’s a hunter, a herder, a guardian, and even an effective search and rescue dog. This dog loves to stay active so it especially happy with large areas for running, playing flyball, or other dog sports. Just like the Stabyhoun, rare dog breeds like the Mudi have only a few thousand in existence today.

The Karelian Bead Dog was originally bred to hunt big game animals by themselves and are agile hunting dogs. In fact, the sound of their bark generally indicates the type of animal they have found which make them a great sidekick for hunters. Courageous and loyal, this breed is very self-confident and for this reason, they might be aggressive with other males but with humans, they are as gentle as can be.

Commonly referred to as “Italy’s truffle dog,” owning rare dog breeds like the Lagotto Romagnolo is like having a living plush toy. Its soft, curly coat feels more like human hair versus fur. It was given its nickname because of its amazing ability to sniff out truffles, a pricey commodity in fine cooking. For this reason, it makes them a favorite with truffle hunters.

With a German name that translates to ‘little lion,’ you would think rare dog breeds like the Löwchen would be aggressive but it’s the complete opposite. This gentle and playful breed has been a favorite in Europe for over 500 years. A companion dog, they are great with children and are suitable for apartment-dwellers as they don’t have high-activity levels and are happier spending time with the people they love.

Originating from Norway’s rocky island of Vaeroy, the Norwegian Lundehund has several physical traits that set it apart from other rare dog breeds: Ears it can fold shut at will, an “elastic neck” which gives it the ability to tilt its head back and touch its spine, and paws with 6 functioning toes! It was originally bred for puffin hunting but today, Norwegian Lundehund’s make loyal and friendly companions.

Once a wild breed, the now domesticated New Guinea Singing Dog is an agile and graceful breed. This ‘singing’ dog gets its name because of its unique ability to vary the pitch of its howl. While often mistaken as a Dingo, rare dog breeds like the New Guinea Singing Dog makes an excellent companion dog once attached to its owners. Unfortunately, with only about 50 of these gorgeous dogs on record, the breed has a possibility of becoming extinct.

Originating from the rocky shores of Spain’s Balearic Islands, the leggy Ibizan Hound is a world-class sprinter and leaper. With their long snout and erect ears, rare dog breeds like the Ibizan Hound often remind people of drawings from ancient Egypt. It does so because the Ibizan Hound’s origins date back to the pharaohs in Egypt where it was a treasured canine. An excellent family dog with a gentle demeanor, they love huge yards where they can stretch their legs and run to their heart’s content.

Originally bred to protect the indigenous people of Peninsular Malaysia from vermin, Telomians are unique rare dog breeds. Because their owners’ habitats were elevated huts to protect them from snakes and rats, this breed gained the ability to walk up and down ladders. As you can imagine, this breed is highly intelligent, obedient, and excels at hunting.

A muscular and agile dog, the Thai Ridgeback is a tough and active breed. Rare dog breeds like Thai Ridgebacks get their special name because of a ridge on its back from hair that grows in the opposite direction from its coat. Thai Ridgebacks are not recommended for first-time dog owners but once trained and socialized, they make excellent family pets.

Because of their big webbed feet and waterproof double coat, the Otterhound is an excellent swimmer. As its name suggests, it was bred to hunt otters in medieval England but now that this practice is outlawed, the breed remains a loving family pet. While introduced in the United States in 1903, the Otterhound is now rarer than a Giant Panda and rare dog breeds like the Otterhound are considered an endangered species.

The Swedish Vallhund has a long history as Swedish rare dog breeds and dates back over a 1,000 years. In fact, they were the dogs of Vikings and helped herding sheep and cattle. Today, they are just as happy lounging in the backyard with their humans and are considered athletic and social dogs that love to run and play.