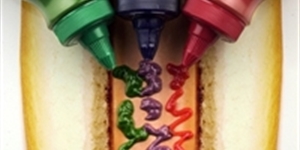 We know you’re here because you don’t think Marmite is a strange condiment. You’ve had plenty of HP Sauce, and you were probably one of the people who helped make Nutella big in the States. We know you know your food, so we wanted to give you a mouthful of some of the strangest condiments that even you, faithful foodie, might not have heard of. You’d have to be brave to douse your French fries in some of this stuff. 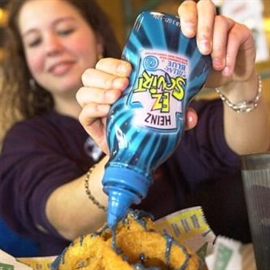 There isn’t really anything that weird about the overall ingredients or mix of this item. It doesn’t even taste different from regular ketchup, but Heinz thought it would be a great marketing scheme to colorize their ketchup. They thought kids would want to put purple and green ketchup on stuff. They thought wrong. This item is actually now discontinued, thankfully, because honestly who would want their French fries to be ‘effing magenta? I guess the Heinz Corporation sat down with a test group of the weirdest 6-year-olds they could find who liked the look of green sludge leaking out the side of their hamburgers. 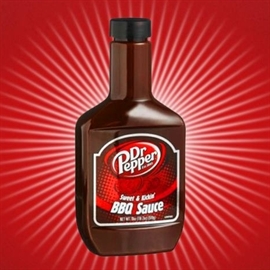 I’m the guy who has heard of putting peanuts in Coke (you’ve never heard of that?) and yet I somehow missed using Dr. P in my BBQ sauce. But then again, I suppose it’s one of those family barbecue recipes that made its way around certain parts of the U.S. at some point. I’m sure it tastes amazing after six to ten Old Milwaukees. Don’t miss out on the Dr. P marinade either. I guess … if that’s your thing. 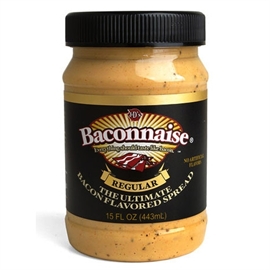 This bacon-flavored spread can be used on anything, and claims to be vegetarian safe. The company that manufactures it also provides the service of selling bacon salt, bacon ranch and even bacon-flavored envelopes. But back to the spread: Apparently it came about when consumers (stoners) decided that mixing the company’s bacon salt with mayo wasn’t potent enough. They wanted more bacon flavor, they wanted it easier to mix … and thus Baconaise came to be. 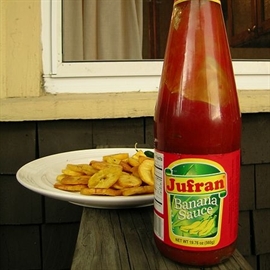 If you live in the Philippines then this product isn’t strange at all. To most of the rest of the world, however, this stuff is odd. Does it taste like bananas? Not really. Why does it exist? Because during WWII there was a tomato shortage, so some (most likely drunk) people came up with the idea to use bananas and it stuck. 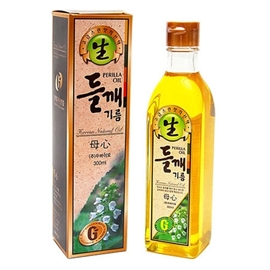 Ah yes, varnish. It’s so good in keeping our wood furniture nice and gives it a classy shine. Perilla oil is an ingredient often used in linoleum manufacturing. It also provides you with omega-3 fatty acids. Koreans use it to coat edible seaweed, or as a marinade. In the past, people used it on earthen floors. Delicious stuff.