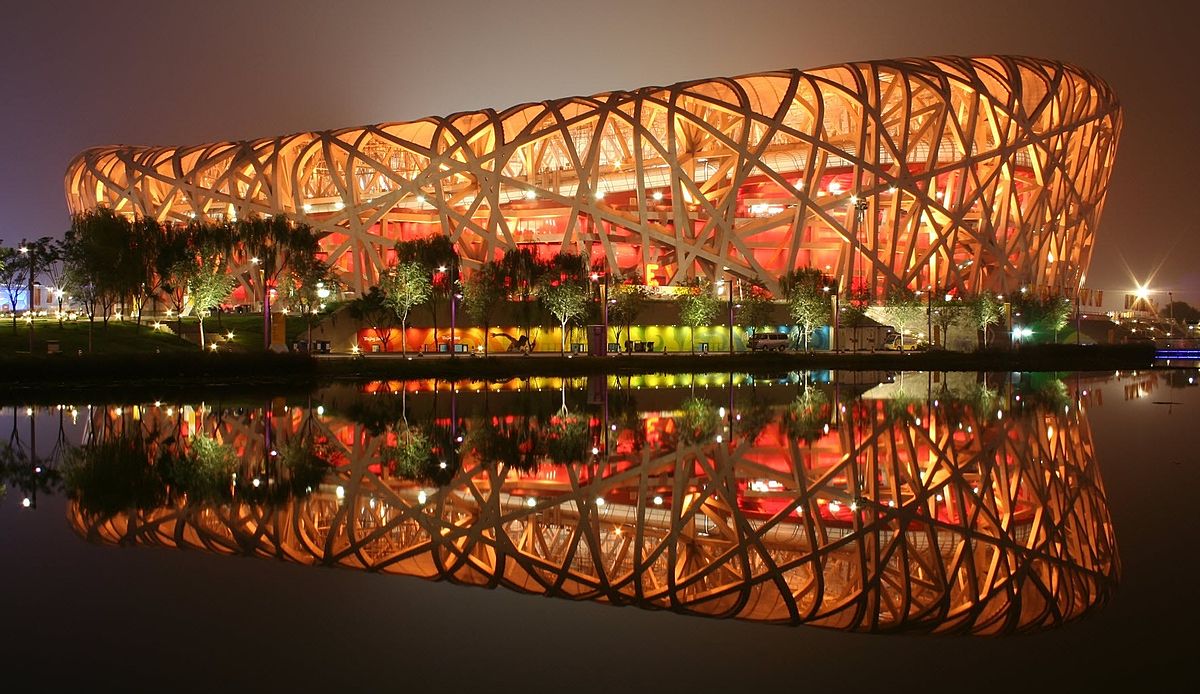 After all the effort cities put into creating the best environment for the Olympics, what happens once the games are over? After many years of creating massive arenas and building pristine Olympic villages, do cities still keep these places in use?

When you search cities like Sarajevo, Athens or, more recently, Rio, you will find deserted and weathered stadiums and Olympic villages. Although there are some people who find the beauty in rusted seats and fields with brown grass, many would be saddened by what happened to these places that once housed the best athletes in the world.

However, although some Olympic locations have become no man’s lands, there are cities that have preserved their sites. Some have incorporated the Olympic villages into the framework of their cities. Then there are others that have turned the arenas into museums. And, finally, some cities have become a public space for people to work out.

With the 2018 Winter Olympic Games in Pyeongchang, South Korea, just around the corner, we wanted to show you what happened to some of the world’s former Olympic cities and share which ones will still let you visit their “ruins.” Find out more about the Top 5 Olympic villages anyone can still go to below.

Whether you are running, walking or cycling, there are few views more inspiring than this one! 🏃‍♀️🚶🚲Thank you for sharing @caddel 📸 #regram #QEOP #LondonStadium #ArcelorMittalOrbit #Park #parklands #waterways #biodiversity #exercise

A post shared by Queen Elizabeth Olympic Park (@queenelizabetholympicpark) on Nov 22, 2017 at 4:52am PST

When London became the host city for the 2012 Summer Olympics, people wondered how the Brits could make it work. Millions of people travel to the sprawling city every year, so it shouldn’t have been a problem for the worldly city. But where would they build the arena that would host the opening and closing ceremonies?

The park touches parts of Stratford, Bow, Leyton and Hackney Wick in East London and contains London Stadium and London Aquatics Centre. Tennis and hockey players will enjoy the Lee Valley Hockey and Tennis Centre. It contains two hockey fields as well four indoor and six outdoor tennis courts. Cyclists will have a blast at Lee Valley Velopark. They can race on the velodrome path or practice tricks on the Olympic BMX track.

If you’re looking for something more family-friendly, there are a number of playgrounds and parkland areas. And if you’re on the hunt for an adrenaline rush, there’s the ArcelorMittal Orbit. You can ride down the longest tunnel slide in the world. At 584 feet, the trip lasts 40 seconds and is filled with twists and turns. Or you can go abseiling and free fall 262 feet.

Say goodbye to January in style! 👋Today is your last chance to get 50% off stunning skyline views at the ArcelorMittal Orbit! 😍 Valid on General Entry tickets booked today for use until 9 Feb. Link in bio for more info. ➡ #arcelormittalorbit #januarysale #lastchance #London #skyline #views #sculpture

Despite how some Londoners feel about the current usage of Queen Elizabeth Olympic Park and controversies surrounding that, the space proves to have many things for tourists and locals to enjoy on a nice day out.

Barcelona is one of the world’s most Instagram-worthy cities. And between Antoni Gaudí’s unique architecture and the nooks and crannies of the Gothic Quarter, Catalonia’s capital is already on many people’s must-visit lists. However, it is also known for hosting the 1992 Summer Olympic Games.

Vila Olímpica (or Olympic Village) became the center of the sports competitions, and many of its structures still stand today. Although there are not as many activities compared to other Olympic cities, most people admire the place for all the beautiful buildings and art pieces that presently adorn Barcelona. First, there is Frank Gehry’s Peix d’Or sculpture near Vila Olímpica del Poblenou. The huge metal structure looks like a random pattern of metal. But take a few steps back, and you’ll see its goldfish shape.

You can stop by Parc del Port Olímpic, which is where the Olympic flags used to stand. Kids can run around the many playgrounds while you take in the nice scenery. If it’s warm enough, you can take a dip in Piscina Municipal de Montjuic. The two pools served as the locations for water polo and the preliminary rounds of diving. And, finally, you can see the Montjuic Tower, which transmitted sports coverage to televisions throughout the city and became an Olympic symbol for Barcelona.

The Bird’s Nest Stadium at the 2008 Olympic Park in Beijing. Our last stop in Beijing before catching the sleeper train to Xian. I remember watching the 2008 Olympics opening ceremony on TV, 10 years ago this August. Where did all the time go ??? . . . #chinaexperience #chinatour #beijing #visitbeijing #beijingolympics #beijingolympicpark #birdsnest #birdsneststadium #olympic #10yearsago #10years #beijingattractions

We all wondered what the 2008 Summer Olympics in Beijing would be like. Fortunately, everyone was blown away by everything the city brought to the sporting event. And the attention focused on one central spot. The Bird’s Nest, or National Stadium, was home to the opening and closing ceremony and now is a big attraction for tourists. And while you can take tours of the Bird’s Nest anytime throughout the year, the winter brings a special touch to the spot. December brings The Bird’s Nest Ice and Snow Festival. It’s inspired by the Disney princesses, and visitors can take part in the cartoon snow castle, watch ice dancing performances, ice skate, ride ice bumper cars, participate in a snowball fight contest, explore a snow maze and more.

Sydney hosted the Summer Olympics in 2000. Although it’s been almost two decades since those Games, you can still feel the Olympic spirit throughout the city. And that’s because of the way the Australian city has preserved its spaces. Take, for instance, the Sydney Olympic Park Aquatic Center. Visitors can use the facilities to practice laps or even teach their little ones how to swim. Meanwhile, Sydney Olympic Park offers everything from archery and cycling to children’s soccer camps and gymnastics. People can also watch a game of field hockey or netball.

Although the Olympic Pool in North Sydney didn’t officially host any swimming competitions, it’s still a symbol Australia’s strong swimming culture as well as the importance of the Olympic Games in the city.

White Faced Mountain 🗻⛷ ⠀⠀⠀⠀⠀⠀⠀⠀⠀ White Face Mountain is a short 9 miles from the @mirrorlakeinn making for a great Northeast family ski destination. ✨FUN FACT✨ Mirror Lake Inns very own @andrew_weibrecht, USA Olympic Alpine Ski Racer, is headed to Pyeongchang to compete next week with #TeamUSA Andrew is a two-time Olympic medalist and it’s so fun to see his medals displaying at the front desk of his family owned & operated Inn. Good luck, Andrew! We will be cheering you on. 🏅🏅🏅 #alpineskiing #mirrorlakeinn

Lake Placid might be a small town nestled in New York’s Adirondack Mountains. But it is one of the most famous host cities in the Games’ history. This Olympic village has hosted the winter games twice — in 1932 and 1980. With so much history, Lake Placid is the place no Olympics buff should ever miss. Before we get into all the fun sports you can play there, it would be good to start with how Lake Placid became a mecca for the Winter Olympics. The Lake Placid Olympic Museum houses just about every detail about the events in 1932 and 1980. You can learn about the history of ski jumping and everything about how to play a round of curling. You can find out more about the epic hockey match between the U.S. and gold medal-defending Soviet Union and why it’s known as the “Miracle on Ice.”

If you’re looking to enjoy the slopes, then you’ll need to pay Whiteface a visit. You’ll be able enjoy skiing or snowboarding down one of the best mountains in the Northeast, which is  also an official training site for the Winter Games. Or you can give bobsleeding a try. The 1932 Jack Shea Arena, where speed skating competitions took place, is now open to anyone who wants to spend the afternoon ice skating. And don’t worry, you don’t have to speed around the track. Whether it’s watching pro skiers train or relive sports history, every Olympics fan needs to see Lake Placid once.