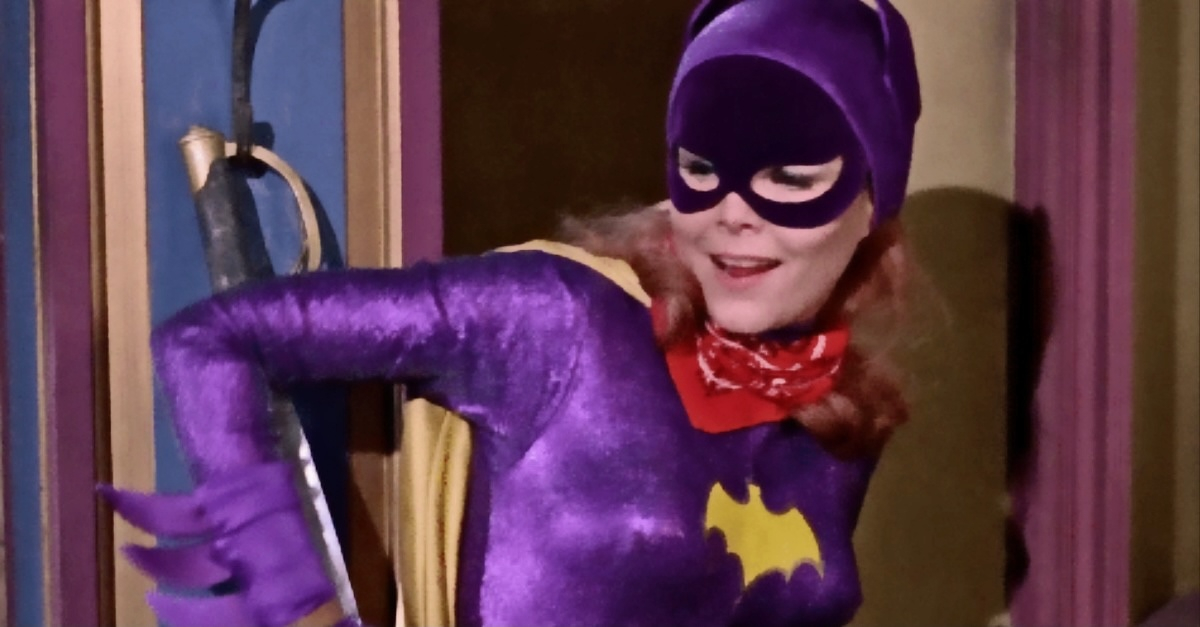 With all the Batman film and television content out there, it’s no surprise there’s plenty of backstage drama, fan-frazzling details, and problematic scenes to cherry pick from.

Here are some golden ones – even which actor went to the bathroom in his suit!

In fact, the pilot episode scored somewhere in the high 40s. With most shows averaging in the 60s, it was the worst pilot in history. The producers had to make many changes (including the cartoony special effects) before they could keep filming.

Speaking of the 60’s show, the actors had a whole lot of work to do to keep the releases on schedule.

Two episodes a week which came to 34 episodes per season. Even though Ward (who played Robin) was getting nearly equal screen time, he was only being paid $350 a week – far less than Adam West. Needless to say, he wasn’t happy about it at all.

Joel Schumacher put too many villains in his script. This problem actually keeps popping up with many comic book movies.

However, Schumacher’s version had three HUGE flaws that wouldn’t be confirmed until years later. The first, glaring one started with the studio.

Before the contract ink had any time to dry, the studio stepped in with its list of demands – one of which was the director had to make the movie as “toyetic” as possible.

Yes, they only had mechanising in mind (especially for the Mr. Freeze sequel) – the show was meant to sell as many toys as possible. This brought on huge problems with the script…

The studio was so desperate to get the next movie out ASAP, that the writers had zero time to flush out any script issues.

It was bad enough that the powers that be had say in even what the Batmobile looked like, but now the writers had to shove characters together with out any real reason as to why. The worst example will send shivers down your spine.

Let’s just forget that Bane was taken from an intelligent bruiser to a mindless punching machine but Freeze and Ivy’s main goals for the world are directly in conflict with each other. So, there’s no reason they should have teamed up in the first place.

The studio’s medalling stretched everywhere – even to Batman’s suit.

To get the “look” right on camera, the pieces were complex and very restrictive. It took so long to get Clooney into his costume, that to get him out was impractical. He later admitted he had urinated in the suit more than once because he couldn’t get to the bathroom.

Speaking of costumes, West and Wards suit bottoms left little to the imagination.

With West getting a bigger bulge than usual around Catwoman, the director had to put in various kinds of “crotch inhibitors” so they didn’t get in trouble from any of the conservative viewers or religious groups.

Burt Ward (Robin) had no complaints about the costume alterations. It was the working conditions that he despised. He later told press that the Batman show wasn’t good for his health at all. He had been burned, hit by shrapnel, and flung out the doors of the Batmobile as it was moving at high speeds.

But it would be the public that would be in real danger.

During the first season, there was a bad case of “monkey see, monkey do”, with kids jumping from high places to mimic Batman.

The crew filmed a warning segment that had West and Ward reminding everyone that Batman couldn’t fly – but this was only shown in the UK.

It might have felt like a clever nod to Batman’s sidekick, however, many fans hated that John Blakes real identity was flashed at the very end.

He basically became ham-fistedly shoved in as a throw-away reference – one that was disappointing on many levels.

It’s not a criticism of Michael Caine – his acting muscles are epic. However, the script on Nolan’s trilogy had him as a nagging old man.

He offered more roadblocks than support – which is what Alfred is supposed to be. He didn’t have any real impact on Bruce’s life. The scene where he cried at Bruce’s grave was the director’s desperate attempt to fix this problem (which Nolan admitted).

Going back to the tv series, there’s actually a top 10 list of worst Batman episodes.

One of them was a two-parter (with an end of season cliff-hanger, of course) where a failing magician robs GC Nation bank three years in a row in order to buy a trick off Eivol Ekdol. Everyone agrees the entire thing stinks.

Most fans don’t realize that the actor who played Joker on the 60s series founded the laugh when he first saw his costume. He used it so much over the years that the cackle became his actual, natural laugh.

Then there was the Penguin. Burgess Meredith used to be a heavy smoker. Even though he quit years before making it on the show, the habit had damaged his voice quality. This ended up being perfect for his character.