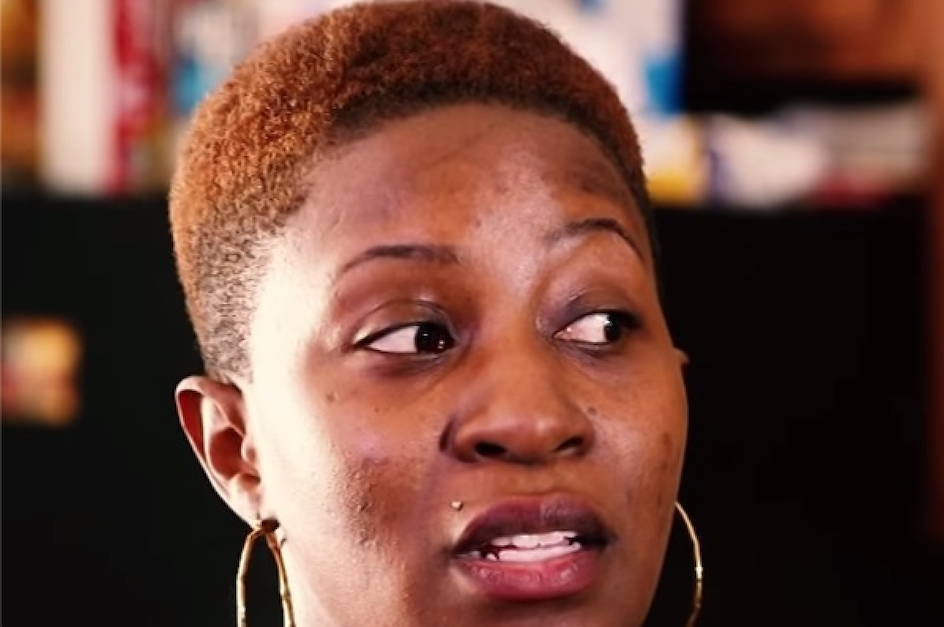 He had been in the force for a long time. But what he saw that day was something he just couldn’t stand.

She gripped the steering wheel tightly as she felt her hands get clammy and sweat was dripping down her face. She looked in the rearview mirror and watched as the police officer approached her vehicle. She didn’t want to panic, but she knew she was in big trouble. She didn’t think she’d be able to talk her way out of this.

She cursed her bad luck as she rolled down her window and braced for the worst.

A New Life In Atlanta

The past few months had already been quite hard on Ebony Rhodes. After losing her mother, she packed up her entire family and moved them to Atlanta, Georgia.

Being a single mother of four meant that she had to hustle to provide for her family, and there were better job opportunities in the city. However, soon Ebony was faced with an unforgiving reality. She tried to keep it a secret for the sake of her children. But she couldn’t keep it hidden forever.

One afternoon, Ebony was driving her children to the library. They all had finals coming up, and she wanted them to be able to study and do well in school. She knew it was the only way for them to have a better life than she did.

She was immersed in thought thinking about this, so she didn’t notice the patrol car that pulled up behind her. Then the siren lights started flashing, and she knew she was doomed.

Ebony instantly knew why she was being pulled over. Her car had an expired tag, and she hadn’t been able to save up enough to renew it. And that wasn’t the worst of it. Her license was also suspended and she had no insurance. She knew the police officer would not look kindly on all those offenses. Even so, that wasn’t what worried her the most.

Her terrible secret was in danger of being exposed. She couldn’t help but start crying at the thought.

Ebony’s face was drenched in tears by the time the police officer reached her window. The officer was taken aback when she saw it. “She came to the car and asked why was I crying and I was like, ‘…because I know my license isn’t good,'” recalls Ebony. And sure enough, after the officer reviewed her documents, she told Ebony she had no choice but to arrest her and impound her car. Ebony’s heart sank.

She knew her secret would be revealed.

Problems On Top Of Problems

The officer took her and her four children to the police station, where Ebony was able to call a co-worker to pick up her kids and notify her sister, who lived in Florida. She was the only one who could take care of them while Ebony was in jail. But that meant taking them back to Florida, and Ebony couldn’t bear the thought of them being so far away. That said, she had other, more pressing problems.

Once the police searched her car, she’d have to come clean.

The Atlanta Police Department’s Deputy Chief Jeff Glazier was sitting in his office when the officer who arrested Ebony knocked on his door. He waved her in, and she told him there was a situation. She and other officers were conducting a routine search of Ebony’s impounded car. But what they found was more than they bargained for.

Chief Glazier went to the impound lot to see for himself. “We have to do something about this,” he said once he realized what was going on.

Inside Ebony’s 1997 Buick Regal officers found numerous bags, backpacks, and other items. At first glance, it looked like a hoarder’s car. But then the truth dawned on them. Ebony and her children had been sleeping in this car. It was their only home.

Alarmed, Chief Glazier went to Ebony’s cell to talk to her. And that’s when she told him the whole story.

Since moving to Atlanta, Ebony had been working shifts at a Walmart store. Her pay wasn’t much, and it was compounded by the fact that she and two of her kids had chronic health issues. She found herself unable to make a deposit on an apartment, and so she and her family became homeless.

For the last six months, the whole family had been living in that car. And the details of that life broke Chief Glazier’s heart.

Finding a safe place to park her car at night was not easy, and sometimes it meant driving around from place to place. “A lot of times I didn’t sleep because the kids were asleep,” recalls Ebony. “I was watching to make sure nothing happened — no one tried to rob us… so we’d just stay right there in the car.”

She was ashamed of her situation, and so she tried to keep it a secret. For a while, she succeeded.

“When I got off work we would just sleep right there in the parking lot in my car,” Ebony said. “A lot of people didn’t know that because I was still going to work.” Still, this was no way to raise a family, and she knew it. “I apologized to my kids and let them know I’m sorry,” she confessed.

Then, when she was pulled over and arrested, she thought they’d just lost their home. But she was wrong.

Chief Glazier called the director of a family homeless shelter, whom he had met recently. “I called her up and said, ‘Listen I’ve got a family of five including three boys and a girl, and he’s 17,’” he recalls.

“And she goes, ‘Yeah, I have some room.’ And if you know anything about shelters in the middle of the winter, there’s nothing available and she had something available. I couldn’t believe it.” And neither could Ebony.

Help From The Department

Chief Glazier told Ebony the good news. “When he called me that day I just started crying because I’d been trying to get into different shelters for a long time,” she said. “No one would ever accept us.” But Chief Glazier wanted to do more than that.

He did a fundraising drive among the Police Department staff so Ebony’s family could get an apartment. It helped, but after a while, they realized it was not enough to keep them on solid ground. So they went public.

The Atlanta PD set up a GoFundMe page to help Ebony and her family. “My goal is to pay her rent, food, medicine, and transportation for a year so she can continue to work and save money without the stress of wondering if her family will be homeless again,” wrote Chief Glazier. The initial goal was $15,000, which they met in a matter of days. So they decided to extend it to $75,000 to help cover the family’s medical expenses. So far, they have raised $64,370.

Now Ebony looks back on that traffic stop with different eyes.

Reflecting On That Fateful Day

“Atlanta Police Department is my backbone,” says Ebony. “They helped me come a long way. The whole APD is my family because I can call on them for everything.” And she feels nothing but gratitude for the fateful traffic stop that set everything in motion.