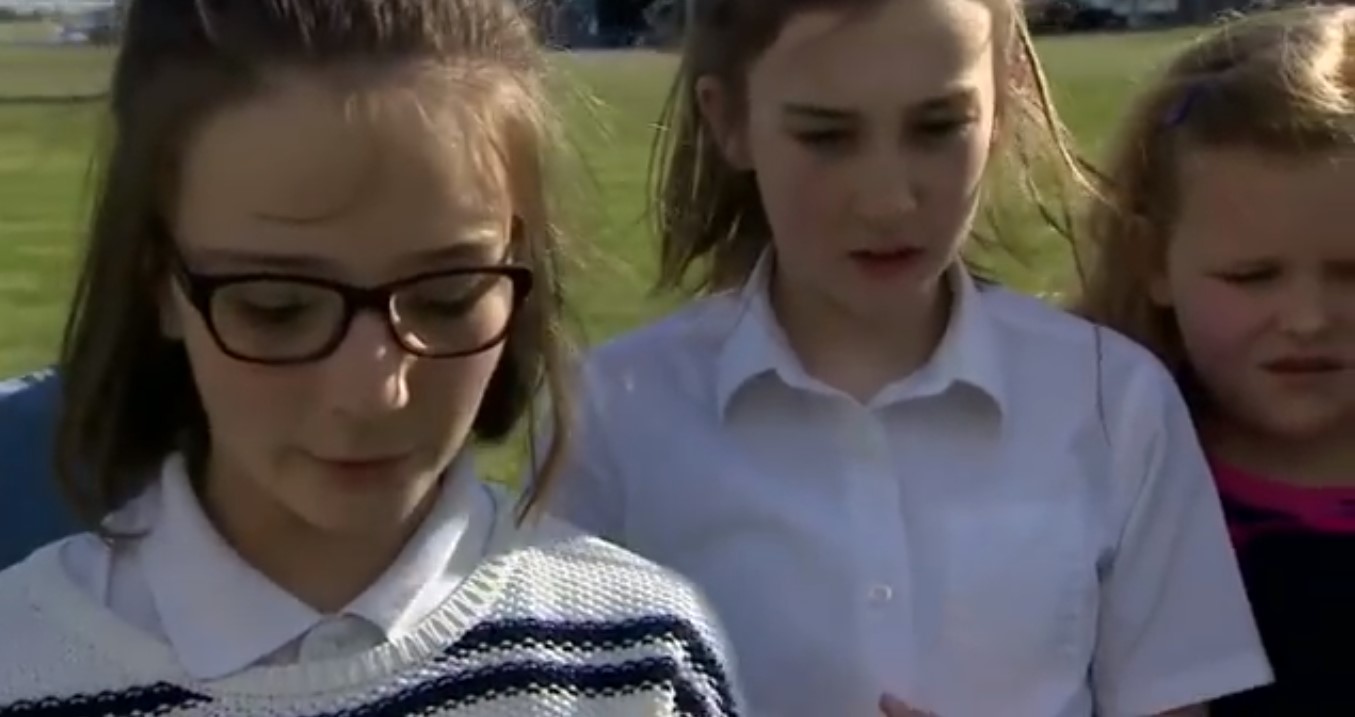 The children scrambled into position and quickly dropped to the ground, lying as flat as they possibly could. The police hovered overhead and knew the danger they were in but then they saw the sign.

Something so clever it could have come straight out of a book. 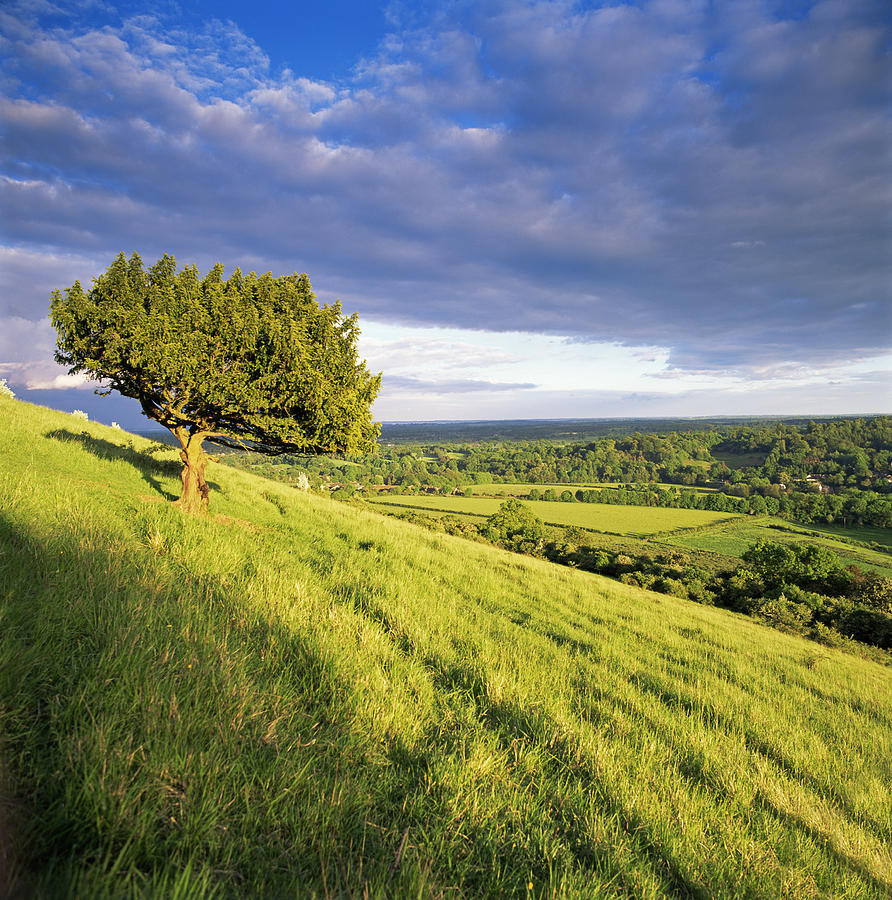 In the quaint town of Capel in beautiful Surrey, a group of about 30 children and adults took to the fields in the annual charity egg hunt Mr. Brearley and his wife Emily had organized every year since 2010.

A chocolate hunt with a cause. 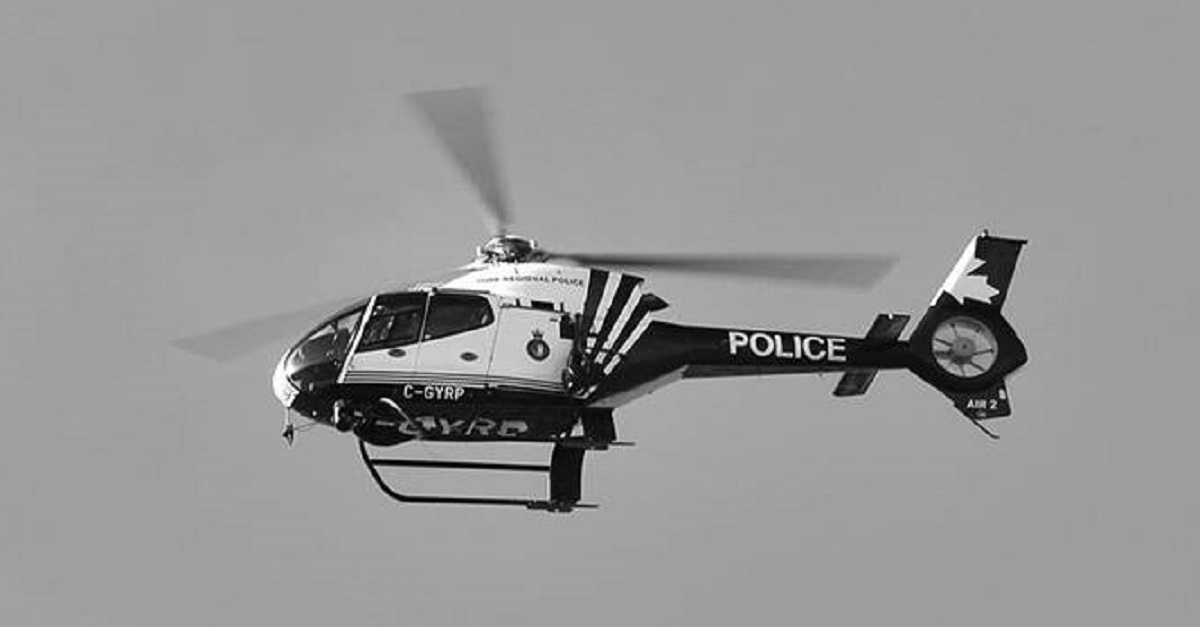 As the chocolate hunters began to split off into smaller groups a tremendous racket came from above them. The became aware of the National Police Air Service (NPAS) helicopter circling overhead.

The children, between the ages of six and twelve years old, looked up in awe, but then saw something else out of the corner of their eyes. 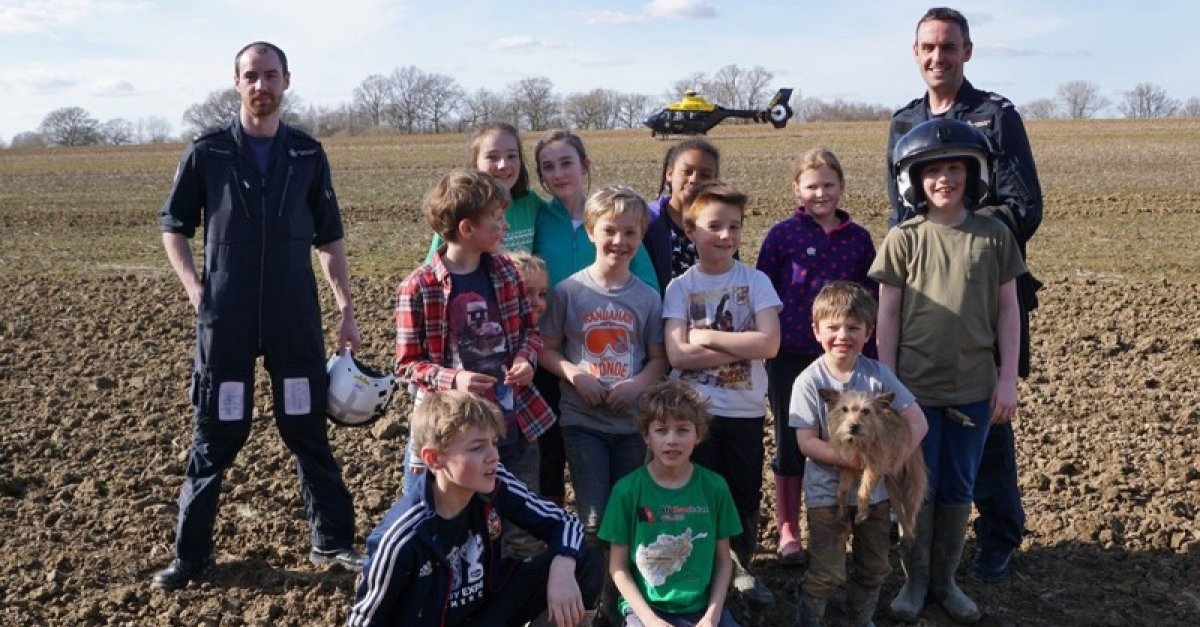 One child, a nine-year-old girl told the newspaper: “It was really noisy and we could see it said ‘police’ on the bottom. Then we saw a man running along the side of the field.”

“We could see him but the helicopter couldn’t because it was hovering over the woods. We saw the man take his jumper off and put it around his head.” 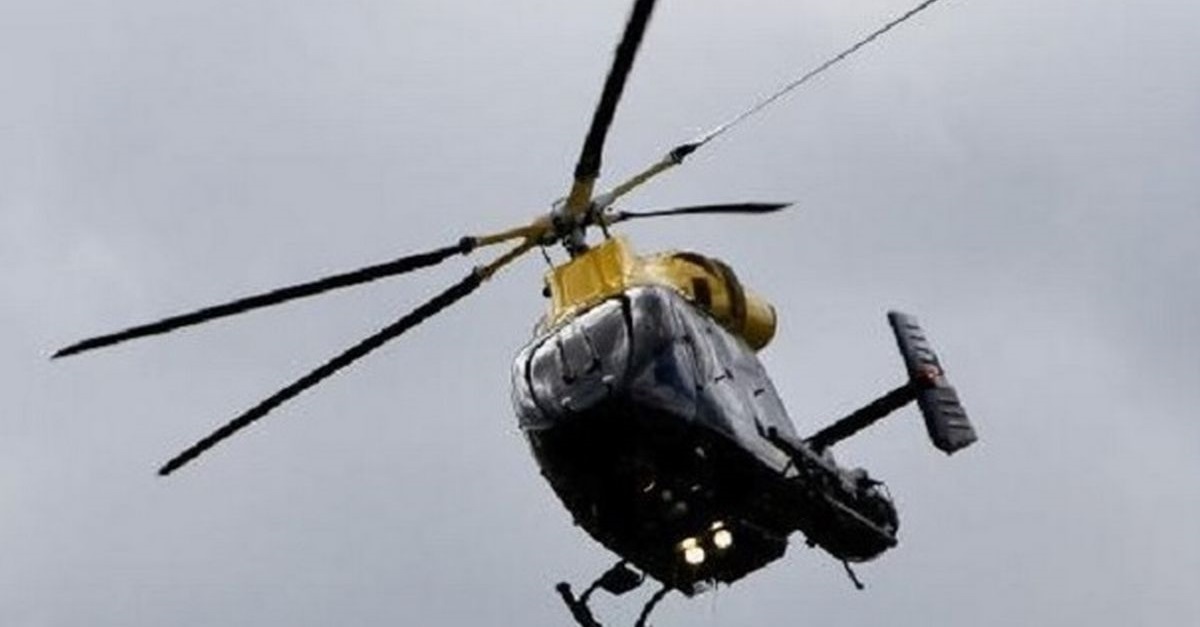 A force spokesman said: “Initially, the presence of the police helicopter was enough to entertain the children and parents but it didn’t take the intrepid residents long to realize they were witnessing a police pursuit set within their quiet rural community.”

Only then did they realize the danger in the field with them. 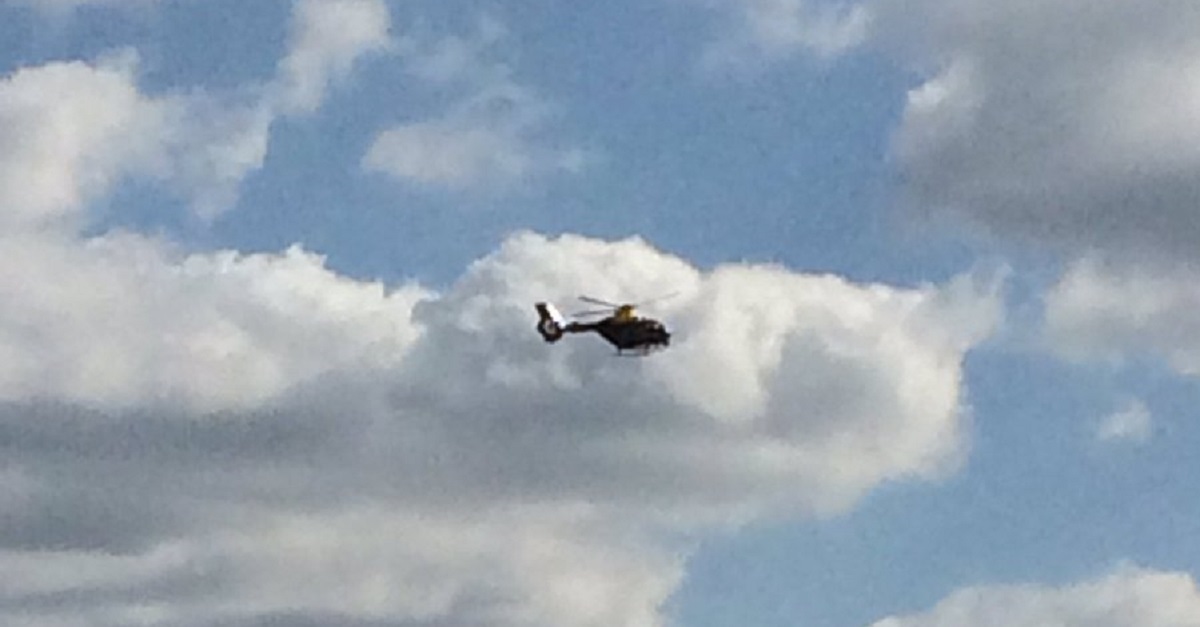 The helicopter had been called by Surrey Police following a report of intruders at a disused building off Horsham Road in Capel.

NPAS Sergeant Paul Sochon said: “I’m sure the last thing the group of daring Capel residents expected when they set out on Friday afternoon was to abandon their Easter egg hunt to assist us in a police search but the initiative they demonstrated proved to be invaluable.” 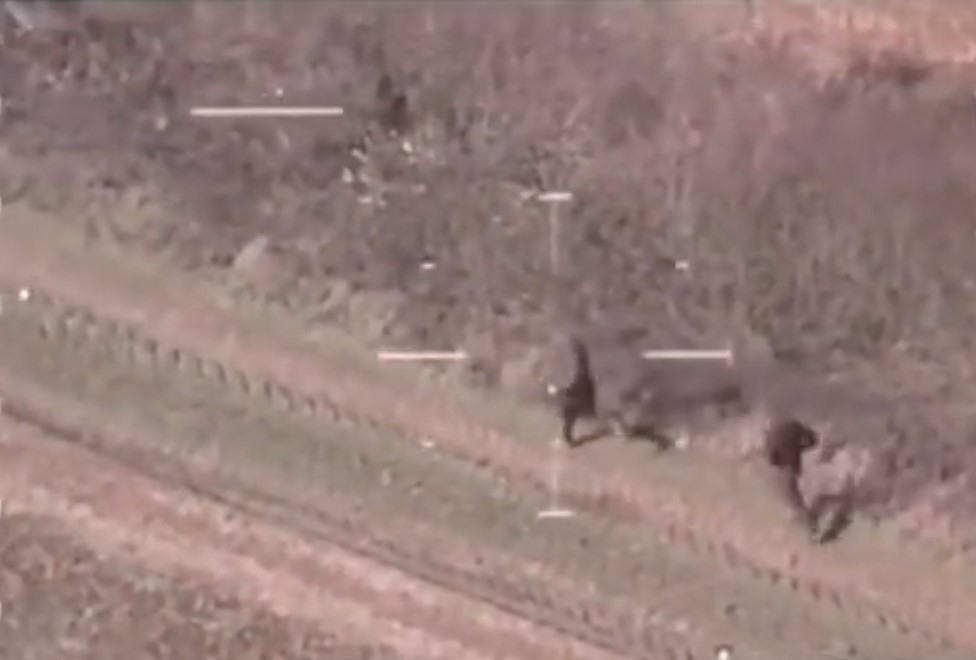 “The swift action taken by the group of parents and their children was the sort of thing you would usually associate with an Enid Blyton adventure but their ingenuity proved a great help for our crews.”

The childrens’ inventiveness and quick thinking were what ultimately blew everyone away. No one expected this of them. 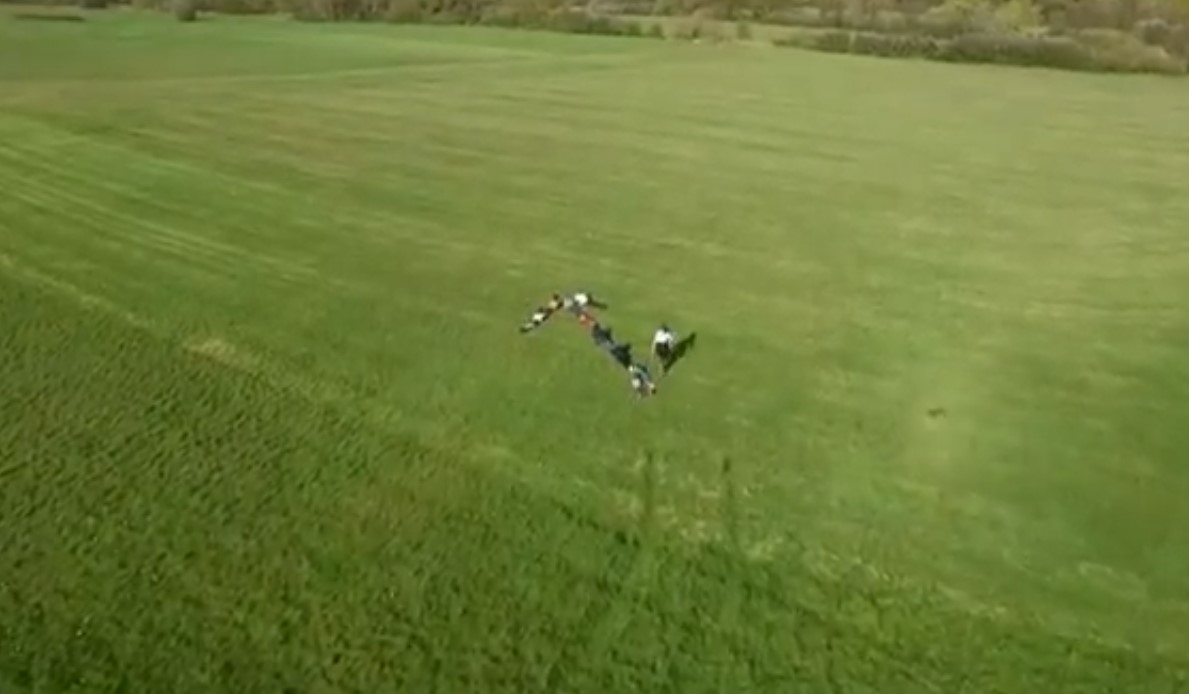 Describing what happened next, one of them, a nine-year-old girl, said: ‘It was really noisy and we could see it said “police” on the bottom.”

Everyone tried to catch the helicopter crew’s attention by pointing, jumping and waving but it remained over the woods, what more could they do? Then it happened.

They Couldn’t Believe It 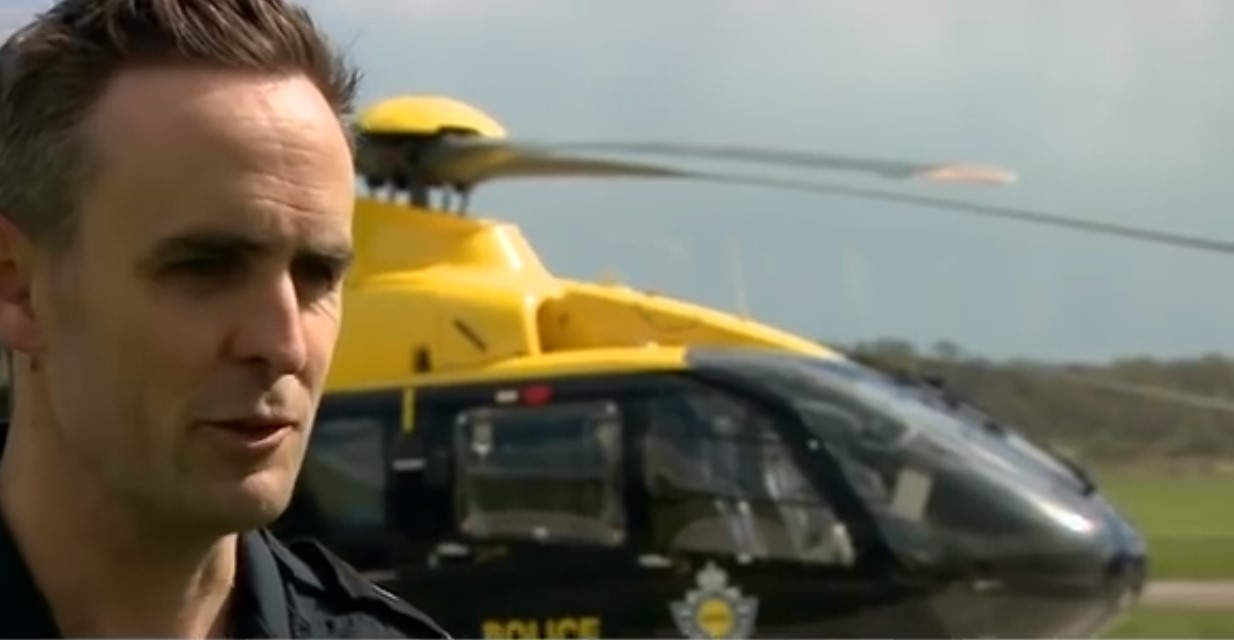 They began jumping and shouting at the helicopter but it just hung in the sky as though unsure of what to do next.

Taking matters into their own hands the children worked as a fast efficient system, almost as though they had practiced this a hundred times. Moving like a well-oiled machine they dropped to their knees. The police couldn’t believe what was happening. 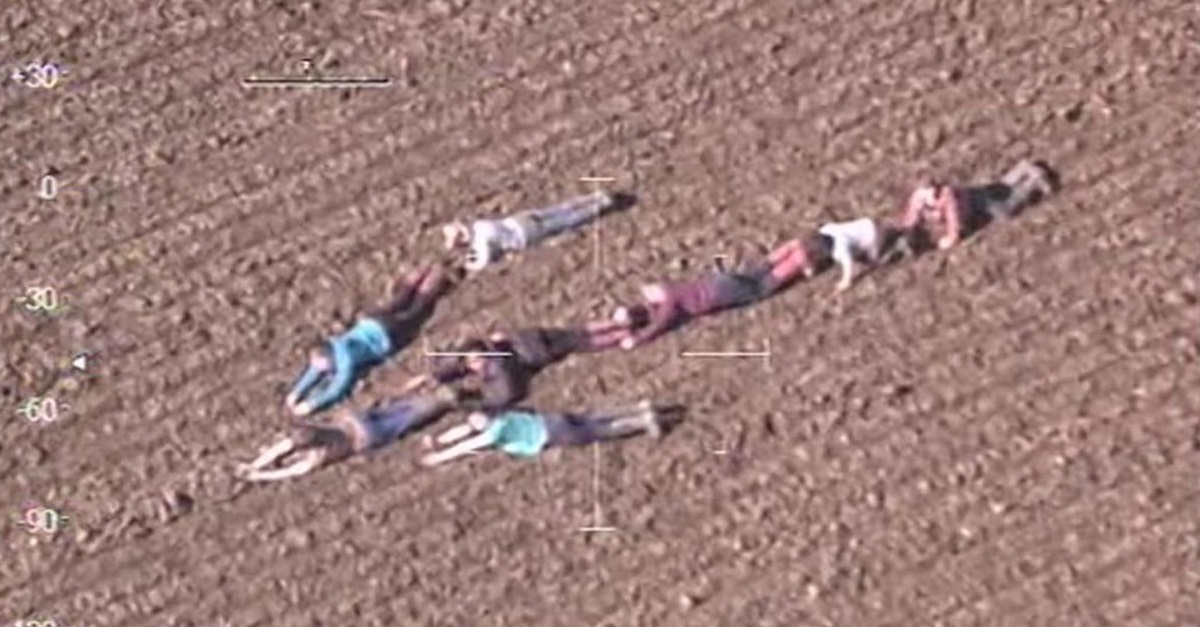 The children, without hesitation, formed an arrow with their collective bodies which could only be seen from the sky. Nothing happened except for the deafening roar of the wind cutting blades slicing through the air.

The pilot wasn’t taking any notice of them. He dismissed it as ‘just kids pulling a prank.’ 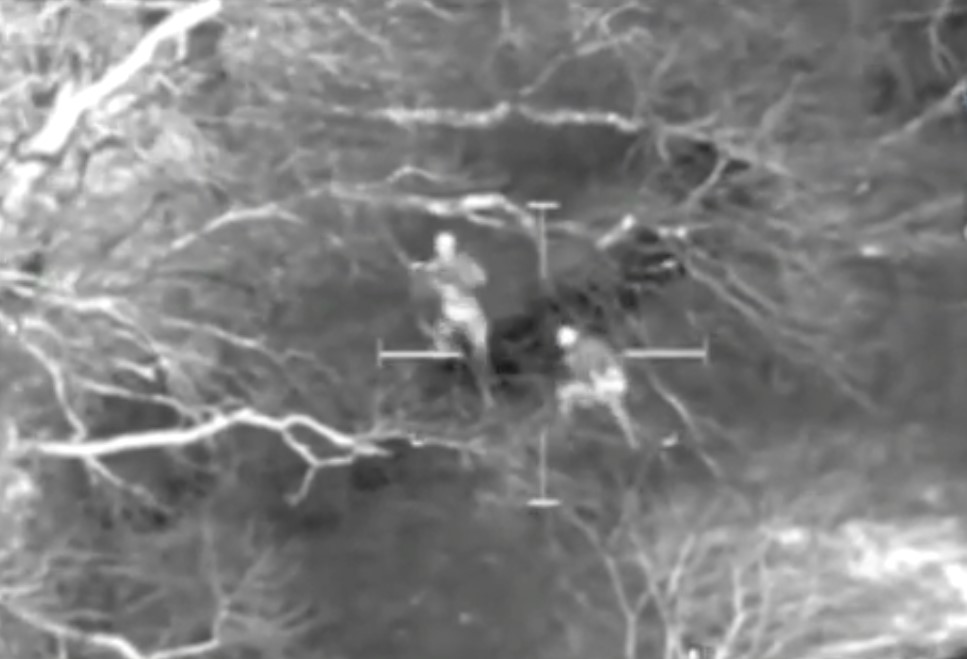 Luckily at that moment, the pilot decided to take a quick trip over the woods where the children had pointed. He switched on the helicopter’s thermal imaging cameras and saw a human figure scrambling through the branches and trees.

The helicopter crew relayed this information to officers on the ground. The chase was on. 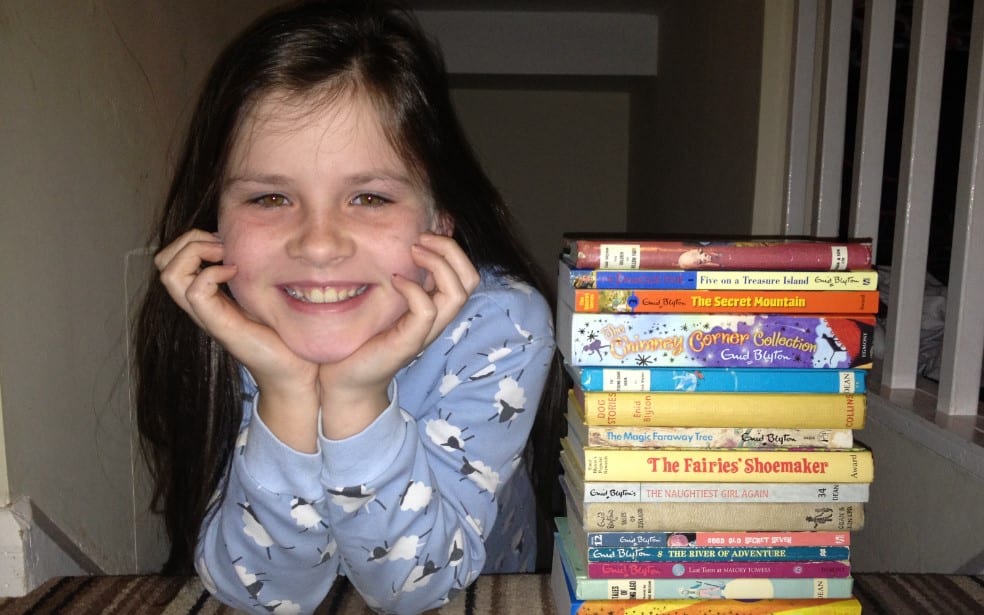 As a thank you for their efforts, the NPAS crew landed nearby to thank the children for the role they played in the incident.

The kids even shared a few of the chocolate treats they had found before all the action had happened with the helicopter team, which was an added bonus for the authorities after a busy shift. 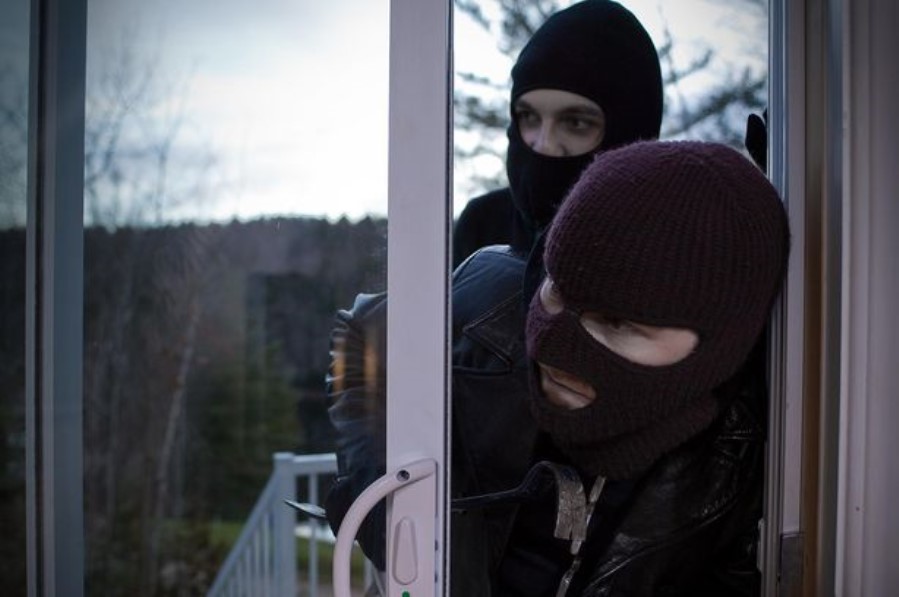 As luck would have it they got more than chocolate after a hard day’s work… A 28-year-old man and a 27-year-old man were arrested on suspicion of burglary in connection with the incident.

The two had been connected to a burglary at a nearby abandoned building. Both men were released on bail pending a trial.

Adventures Of The Day 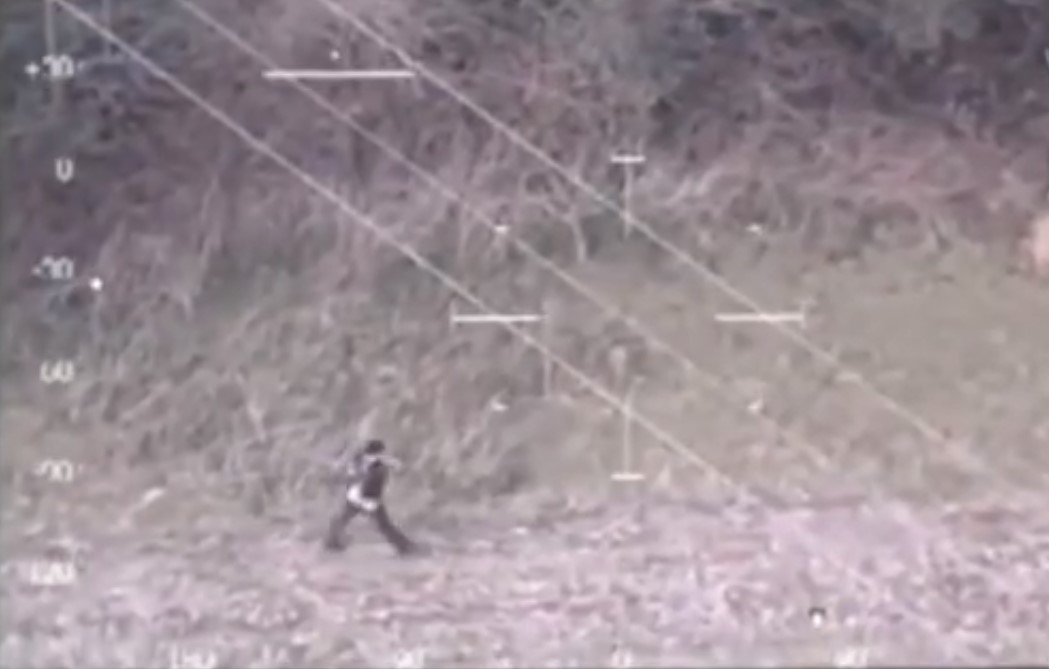 All of the kids were more than happy to tell and retell the adventures of the day, each relating a part of the story, one after the other, in rapid-fire narration; “We feel really proud – it was awesome.”, “It was really noisy and we could see it said ‘police’ on the bottom.”

“Then we saw a man running along the side of the field. We could see him but the helicopter couldn’t because it was hovering over the woods.”, “We saw the man take his jumper off and put it around his head.” 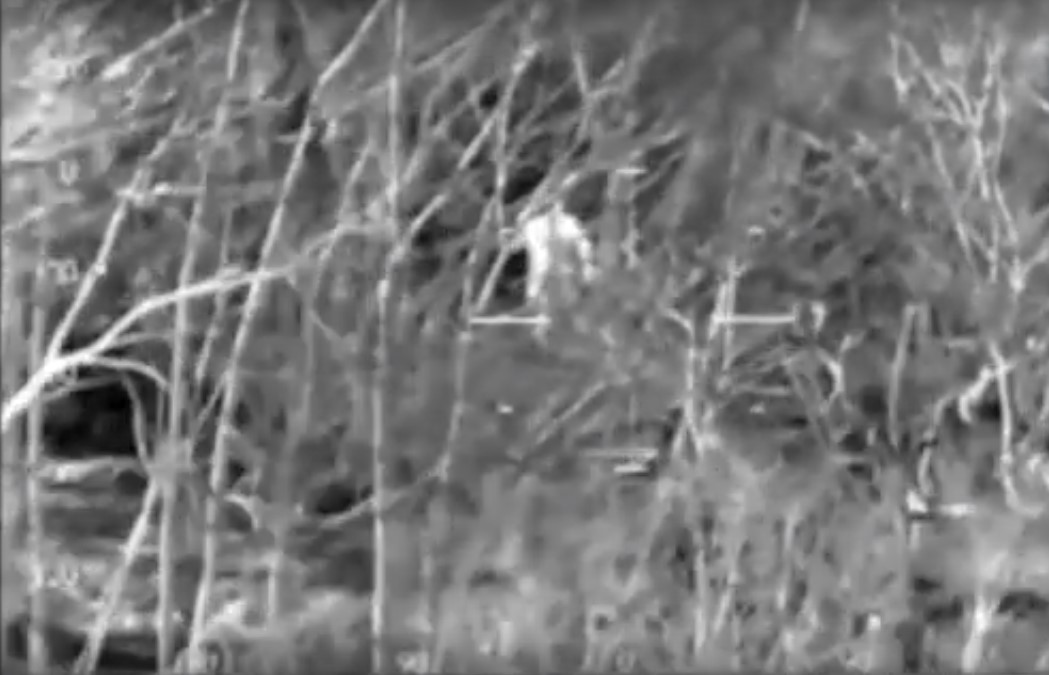 ‘But the helicopter looked like it was pointing in the opposite direction. Then two of my friends said, “Let’s get into an arrow” and we got into position on the ground.’

Another girl, also nine, added: ‘About five minutes later, the helicopter came back and landed in the field and the officers came to talk to us. ‘They said they thought we were messing around at first but they followed our arrow and caught the men. We feel really proud of what we did.’ 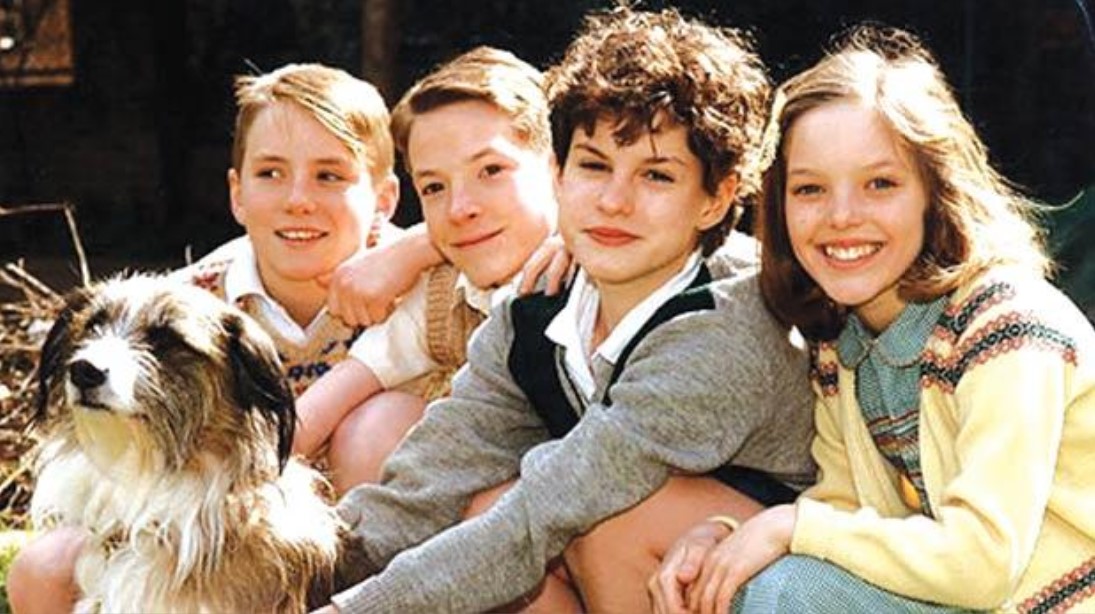 But the story doesn’t end there. The kids that were likened to Enid Blyton’s ‘Famous Five’ became internet sensations when Surrey police have released the video of a group of youngsters that formed a human arrow to point a police helicopter in the direction of two suspected burglars on the run.

They have now earned a name all of their own… 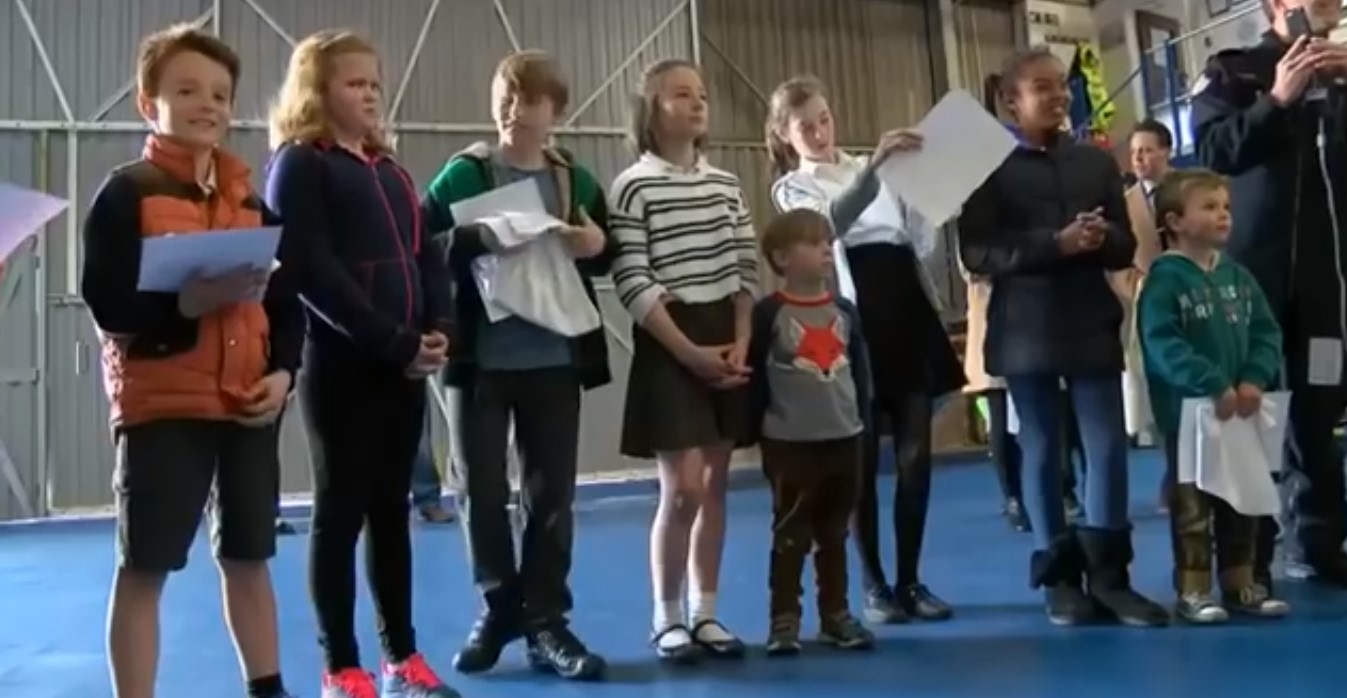 “The Tremendous Twelve – coming as close to being an Enid Blyton story as possible by also having a canine companion along with them, Molly the family Yorkshire Terrier.

However, it seems that although they have reached internet stardom and fame their parent have pointedly asked for the children to remain anonymous following some nasty comments on a social media site.

Typical Of This Community 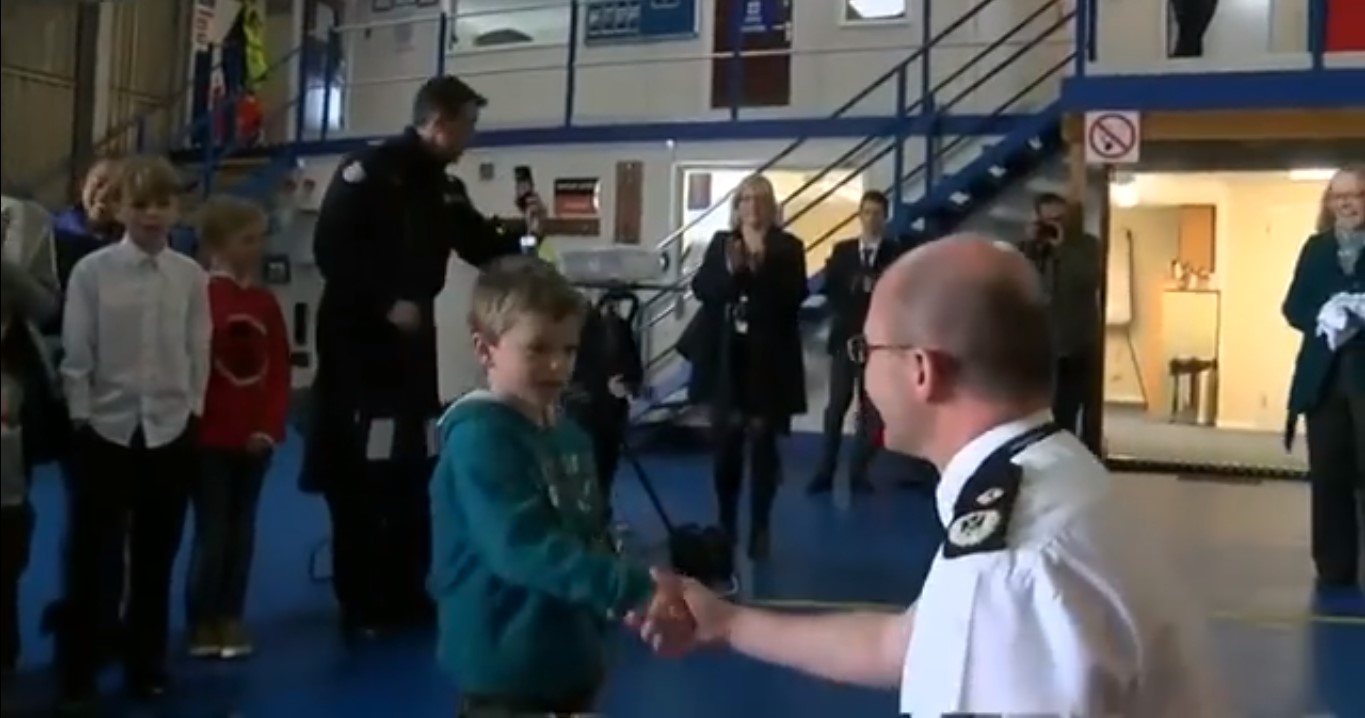 Mr. Brearley and his wife Emily, the parents of one of the children, organize the charity egg hunt every year since 2010. This year, the children raised £150 for a one-year-old boy being treated for leukemia.

Mrs. Brearley said the children’s ingenuity was ‘typical of this exceptional little community’. She added: ‘We don’t even know the names of the officers who came and thanked our little heroes but they were generous in their praise.’ 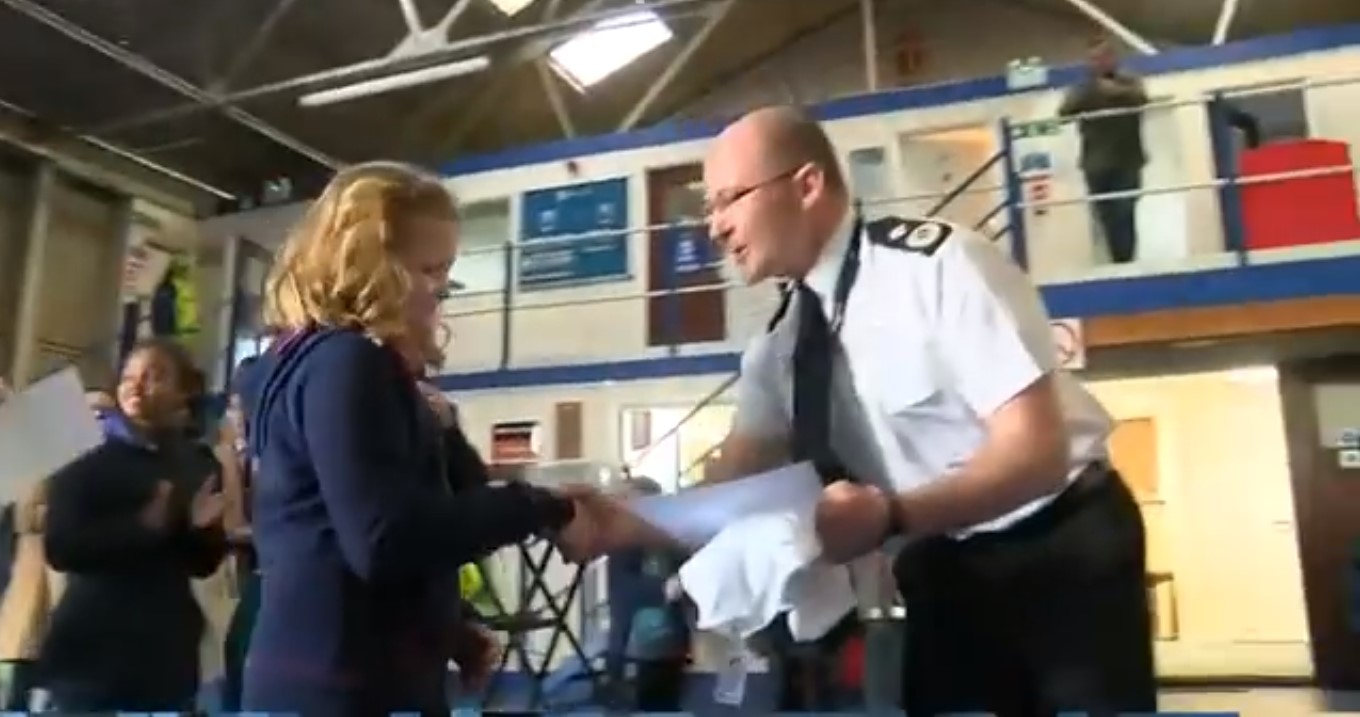 Thoroughly pleased with the praise they received for a good deed well done the children still actually can’t believe just how huge their story has become.

Pictures of their human arrow went viral on the internet after they were released by Surrey Police. Mr. Brearley said, “They can’t believe how much attention it has got.” 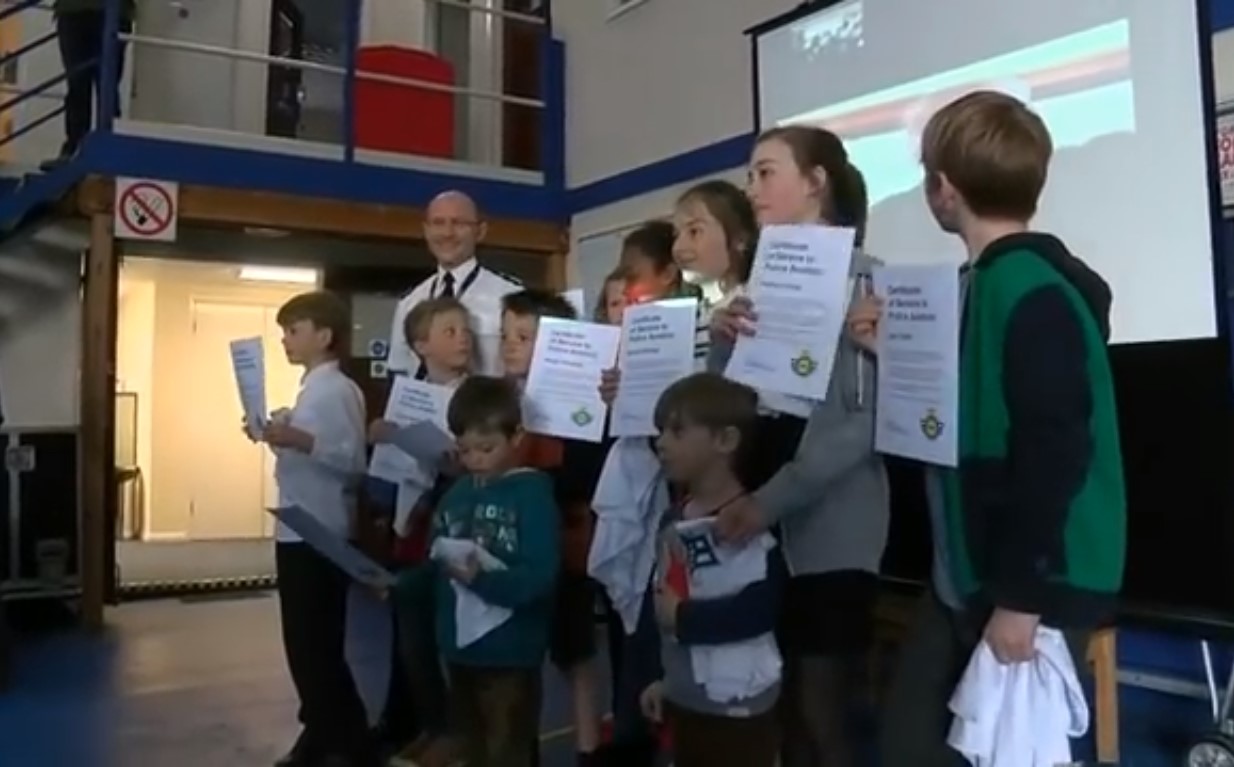 One of the parents, vet Ben Brearley, 40, said: ‘The kids were great and enjoyed the excitement. A lot of people have been saying that it is like something out of Enid Blyton or Scooby Doo. The kids love that. The quick-thinking children lay in the field in Surrey for a minute before the pilot took notice and headed in the direction they were pointing.

Must Read
Mom Meets Daughter's Boyfriend, Quickly Checks Old Family Photos
Neighbor Demands She Clean Her Lawn, But She Gets The Last Laugh
Man Kept Hearing Strange Noises Under Driveway, Look What He Found Inside