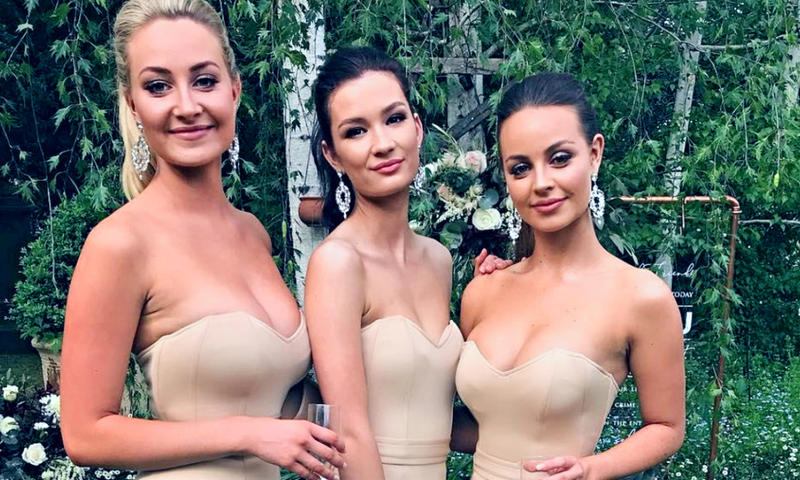 Steph and Paul Unwin were determined to start their lives together on the right foot as soon as they got married.

They were still buzzing from their big day and they couldn’t wait for their wedding photographs to be released. They wanted to relive every second of that day. But what they received made them feel the opposite of what they were expecting. They were shocked and heartbroken. They knew they needed to take legal action.

Steph and Paul were a couple from Bollington, Cheshire. They had carefully planned their wedding day and set the date for June of 2015.

They found a photographer on Facebook named David Kilcourse and asked him for a sample of his work. They liked what they saw and agreed that David would be their photographer for the wedding.

Mercury Press & MediaBased on the photos he had sent, they could tell that he’d done weddings before. Recalling the events leading up to their wedding, Steph said, “The pictures he showed us before we booked him were really nice, well-done photos.”

They signed a package that meant that he would take pictures of the entire day, from getting ready, the ceremony, meal, and the evening event. But the first red flagged appeared on the day of their wedding.

Kilcourse only showed up to the venue once the ceremony had started. Steph remembers it clearly as she recalls, “He didn’t turn up until after the groom’s arrival, by which point we were all ready.”

The bride and groom were disappointed, but this was their big day, they didn’t want minor things to distract them from their wedding. They let it slide. Besides him being late, everything else ran smoothly. The weather got a little bad, but that was okay. It wasn’t until days later when they got a nasty surprise.

The package they signed said that they would be receiving a photo album, a CD and two prints, with all of the images edited and color-corrected. They were so excited to see all of it.

They waited for a while, but Kilcourse wasn’t getting back to them. After a little more waiting, Steph reached out to him to complain about how long it was taking. They were not satisfied with him response.

Not What They Were Promised

He sent them a package, but this package only contained a CD and nothing else that they had asked for. When they checked the CD, it was obvious that none of the photos had been edited.

“He claimed the pictures he’d sent us were edited but they weren’t. My husband wore a grey suit but in the pictures, it looked blue,” Steph sighed in disappointment. But things didn’t end there. Over a third of the images were blurry and out of focus. Kilcourse obviously didn’t seem to care about the quality of his photos.

Trying To Make The Best Of It

Shaking her head, Steph spoke with a deep frown between her eyebrows, “When we received them, he’d taken 1,636 images and 559 were out of focus. He called them ‘misfires’.”

They tried to make the best out of a horrible situation by searching for photos that were good enough to frame. But that’s when they discovered something horrible.

They noticed that many of the photos he had taken were zoomed in on the bridesmaids’ cleave, legs and buttocks. It was beyond inappropriate. “He took pictures of one of my bridesmaid’s breasts, some of her bum. There were more pictures of just the bridesmaids than anything else. I’m sure he was doing that on purpose,” Steph noted.

When they confronted him about it, he denied that it ever happened, but they had photographic proof that he was lying.

Steph appeared heartbroken as she revealed, “He didn’t get family pictures and missed my mum, dad, and in-laws. When he takes three pictures of someone’s bum, that’s not an accident.” They were outraged and couldn’t believe that they had paid for these images. They demanded their money back.

The photographer refused to give them their money back. He claimed that he had done exactly what they had asked him to do. “It’s a matter of opinion that we didn’t fulfill the package,” were his exact words to them.

He continued defending himself by saying, “Steph said that we didn’t take any outside shots of the wedding when it was pouring it down all day. According to my terms and conditions, we say that we can’t control the weather.” But they were not about to give up that easily.

Steph and Paul sued the photographer for breach of contract, and a court date was set for September 2016. When the day came, Kilcourse was a no-show.

The judge had no choice but to rule in the couple’s favor, ordering him to pay them £601 (USD $840). Though the Unwins were happy with the outcome, they still mourn the loss of those memories.

“He caused so much heartache. We have so many moments missing from our big day,” lamented Steph.

“Thankfully we had a videographer.” After the initial shock of the inappropriate bridesmaid pictures, a quick look at the other photos in the album revealed Kilcourse’s lack of professionalism and poor photography skills.

“On pictures he took using the photo booth, you can see hanging equipment and the metal frame in the background,” Steph said.

She decided to reach out to some of the photographer’s previous clients and wasn’t surprised to find out theirs was not the only complaint. But Kilcourse continues to deny any and all wrongdoing.

“As a company, we did over 1,000 weddings and we only had, probably in all that time, 10 complaints of that severity,” the photographer stated.

“They claimed I had taken inappropriate images but they cropped the pictures down.” But though he maintains his innocence, he didn’t think it was worth appearing in court to defend it.

Throwing In The Towel

“The reason I didn’t turn up to court was that it was in Nottingham, it would have cost me a fortune,” said Kilcourse.

He claims now to have stopped photographing weddings. “I got so much hassle through weddings that I just stopped doing it. The company has folded since then. As far as I’m concerned it’s all done and dusted.”