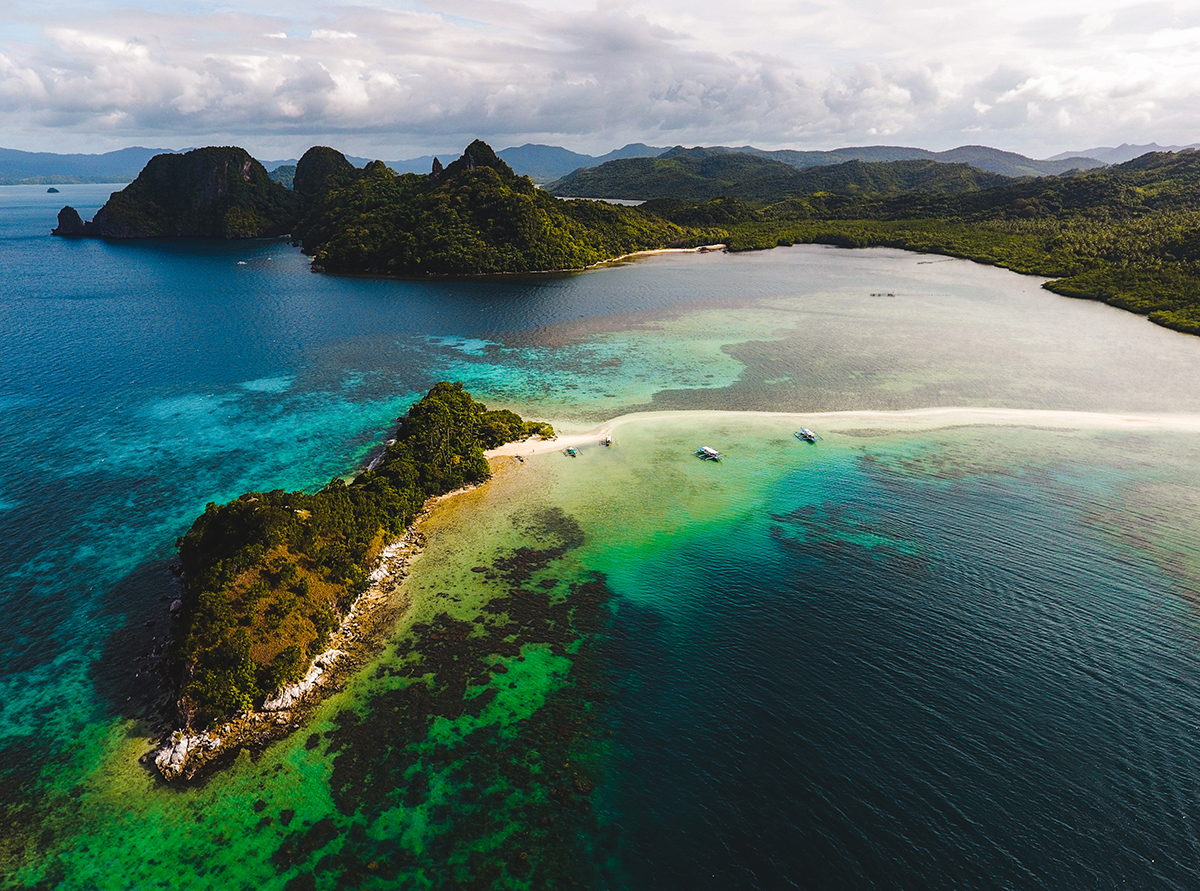 More than 7,000 islands make up the the Philippines. And while still considered small in size compared to other countries in Asia, the country’s beautiful beaches have attracted both tourists and locals from the country’s major cities to summer vacation there. TV Shows like The Amazing Race and Survivor have also filmed episodes on some of the islands, too. If you love to be by the water, lounging on the beach or enjoy a little adventure then Philippines island hopping is the perfect vacation destination.

While some are thrilled by an island hopping adventure, the thought of having to constantly move from place to place might be a little daunting. But don’t worry. You don’t need to get onto every island — since many of them are actually uninhabited. There are also a variety of different places that cater to different types of travelers, budgets and natural wonders.

Here are some tips on how to approach Philippines island hopping.

5.) Philippines Island Hopping: Where To Go

If you read about where to go in the Philippines, Boracay has been the top of the list. Unfortunately, due to the overuse of the area, it’s been closed for the time being to clean up the environment. But not to worry, remember there are still thousands of other islands to hop. So we’ll highlight a few of the tropical gems you need to island hop this summer.

First, there’s Coron. Named one of the most beautiful islands in the world, it is part of Palawan, which has its own merits as a vacation spot that we’ll get to a little later. Once touching down on in this place, you feel like you’ve stepped into a different world. You can scuba dive, kayak and swim in the waters around here, and you’re bound to find a new natural treasure.

El Nido, which we previously mentioned above, is also a big tourism hotspot. Since Boracay has been closed, Palawan has been the go-to for many travelers. And you can’t blame them. With the soft sandy beaches, crystal blue water and small-town vibe, you can easily get away from all the stresses of the city and relax with a cocktail in your hand.

Another good place to visit is the Caramoan Islands. They are part of Camarines Sur in the Bicol region. It’s known for white sand beaches and the fact that it is a little more remote than other areas in the Philippines. So if you’re looking for a nice off-the-radar retreat, this might be the spot for you.

4.) Philippines Island Hopping: How to Get There

While it would be romantic to think that you can sail from island to island, that’s not the most efficient way of island hopping. Although they might not seem that far apart, these places are usually 30-45 minute plane rides from each other. But even though you will need to book a flight to get there, the actual flying time is bearable. There are a variety of budget and major airlines that flying around the Philippines. Philippine Airlines Express (or PAL Express), Air Asia Zest and Cebu Pacific are popular commercial airlines that can take you to a variety of islands in the country. And they also won’t break the bank either.

If you don’t want to do to much planning, you can look at Philippines Travel Packages and other booking agencies to help you plan your island hopping vacation, too.

3.) Philippines Island Hopping: Where to Stay

Depending on your budget, there are various options for accommodations. There are the standard hotels and villas, which can range in price from $25 a night to $300 a night. Backpackers can take advantage of the various hostels or even more traditional huts by the water that start at $7 a night.

But if you’re looking for something a little more luxurious, you can also rent your own private island. OK, that might sound extravagant (and it is!). However, some islands in the Philippines cost less than $500 a night to book. Now that would be the life.

2.) Philippines Island Hopping: What to See

Aside from the endless beaches, tropical foliage and wildlife that you’ll be able to experience on these islands, there are also a number of things that you will also be able to witness during certain times of the year. In September, the annual Cloud 9 surfing competition on the island of Siargao. What makes these waves unlike others? The waves are so powerful that they form large hollow tubes that can go on for miles, which many of the world’s best surfers have attempted to ride above and even through these tubes.

You can also go to Puerto Princesa in Palawan to visit the Puerto Princesa Underground River. Named a UNESCO site in 1999, it spans 15 miles where 5.1 miles of it is part of the Cabayugan River. This is definitely a natural wonder that you shouldn’t miss out on and you can go any time of the year!

If you fly over the island of Bohol, you’ll be able to see numerous mounds of earth that form the Chocolate Hills. They are apparently the result of thousands of years of weathering limestone that just formed these large masses on the island. Not only can you see them from various viewing points on the island, but you can even hike up one if you’re feeling up to it.

If you’re a big swimmer and love animals, then head over to Donsol to swim with the whale sharks. Part of the Bicol region, Donsol is one of the few places in the world where these plankton-eating sharks are not only beautiful to look at but also come in mass mainly during January to May to feed in the Donsol Bay. Depending on the day, you can see one of these beautiful creatures or a whole family of them swimming around. Just be careful. They are large yet peaceful creatures, which are protected by the Philippine government. And did we mention that they’re very fast, too? So be ready to swim quickly to keep up!

Where are you island hopping this summer? Have you been to the Philippines — what was your favorite part? Let us know in the comments below!