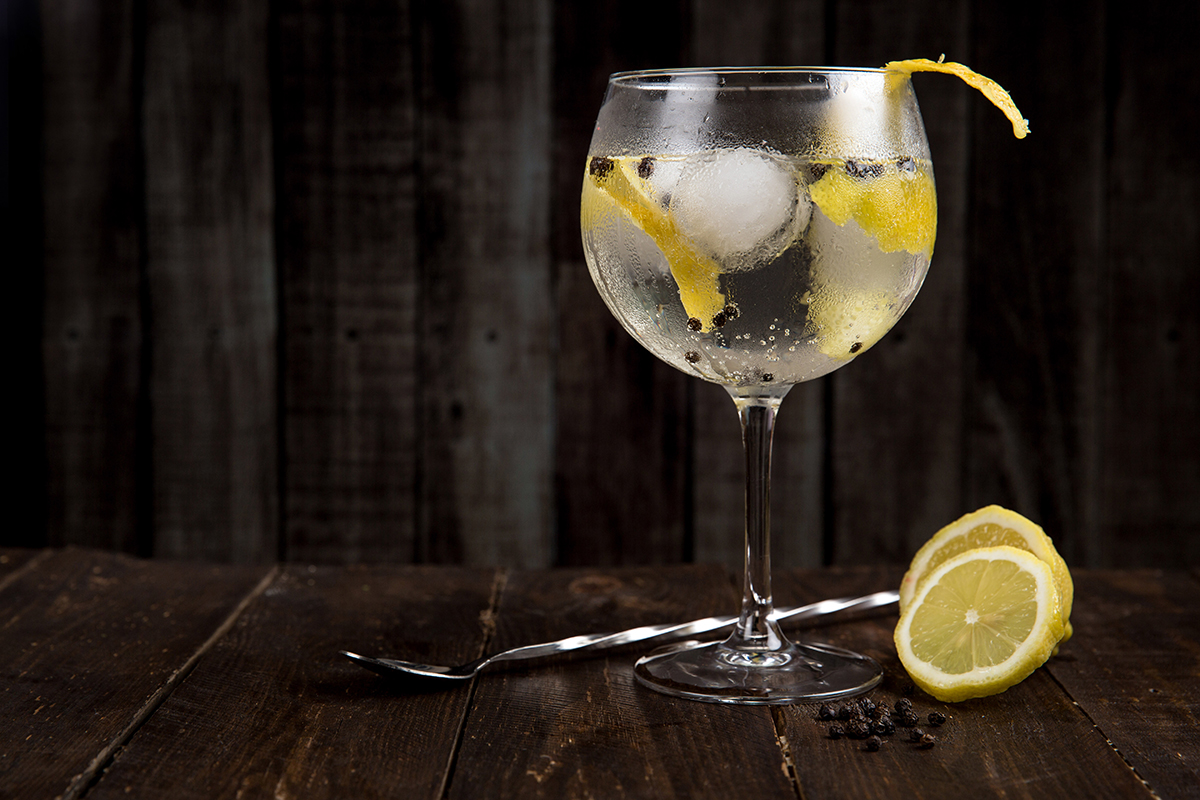 London is known for many things — its rich history, the royal family and the city’s chic style. It’s the British capital for getting a good drink. Although Brits are known for their beer culture, London is also home to gin. And while some will tell you that sipping it straight is a satisfying option, many will opt for the gin & tonic instead.

Gin was initially inspired by the Dutch and their Jenever, a juniper-flavored liquor that’s known as Dutch gin. But what we know as gin today did come from the UK. And before people enjoyed it during happy hour, both gin and tonic water were previously used for medicinal purposes. The Royal Navy blended gin with lime cordial to prevent scurvy while the spirit mixed with angostura bitters would help you through sea sickness. Then the quinine in tonic water was found to have anti-malarial properties. So a G&T a day could keep the doctor away?

Well, not quite. Because people saw the “health benefits” of gin in the 18th century, it became a very common drink. Londoners drank it all day, every day and would treat its drinkability like chugging pints of beer. But since England didn’t have many laws regulating gin consumption, adults and children, especially in poor communities, were hooked on gin. And soon London started to experience higher crime rates and violence. Then, what was known as the trendiest drink of its time, was deemed “mother’s ruin“.

Despite its dark past, regulations and different drinking practices eventually eased gin’s negative reputation and it gained popularity again. And now, longtime brands like Beefeater and Tanqueray, and younger names like Bombay Sapphire and the Scottish contender Hendrick’s, have introduced new generations to the juniper berry flavor. Gin’s resurgence has also challenged bartenders to redefine the perfect G&T.

The cocktail is simple — gin, tonic and a garnish of choice. And despite its no frills approach, here are five London bars that show the cocktail’s simplicity and also know how to innovate your G&T experience.

With 315 distilleries in Britain, let’s start with a place that serves a solid gin & tonic and makes the spirit in-house. Since London was home to many distilleries during the genesis of the gin craze, you would be surprised to know that many gin makers moved out of the city limits. That was until The City of London Distillery opened its doors in 2012. Located in the Square Mile, visitors can walk into the middle of the action. The cocktail bar has a great view of the copper stills that make the gin. Managingdirector and master distiller Jonathan Clark fondly calls them “The Three Girls” —  Clarissa, Jennifer and Elizabeth, after the Queen of England.

Aside from seeing how its made, you can also try the City of London Gin & Tonic. It’s made with Lamb & Watt tonic and garnished with a grapefruit slice, for £8.50. After the cocktail, you can participate one of the distillery’s experiences including tours and gin-distilling classes.

If you’rea gin-o-phile, then The London Gin Club is the perfect spot for you. Opening its doors in 2012, this Soho bar was one of the epicenters of gin’s previous bad reputation. It’s also housed inside The Star, a family-owned establishment that originally opened in 1933. It still has a lot of the original decor from that time.

Going into The London Gin Club feels like you’re stepping into a little piece of history. Olivia Williams, author of Gin Glorious Gin: How Mother’s Ruin Became the Spirit of London, has called it one of her go-tos for a classic gin cocktail.

The London Gin Club caters to your tastes and garnishes their gin & tonics based on the type of gin you choose. Although it started as a cocktail bar, The London Gin Club has expanded its menu. Now you can indulge in meat pies, cheese plates and a luxe chocolate board. It also hosts gin tastingsevery Saturday. There are only 14 tables upstairs and one long vaulted room downstairs. So it would be ideal to book a reservation in advance, especially for an evening visit.

If you’re looking for something more modern and casual, head to Soho and visit Graphic Bar. Unlike the other bars on this list, Graphic looks like the place where all the cool kids hang out. They’ve got a DJ booth, lots of space for sitting (and dancing), as well as some interesting concoctions. Their paint tin punches infuse gin with a variety of fruits and colors.

Despite its eclectic feel, Graphic Bar also creates some solid gin & tonics. They serve five G&Ts — Ford’s Gin, Pink Pepper, Tarquin’s Sea Dog, Kyro Napue and Thomas Dakin. Each cocktail features that particular gin, a selected Fever-Tree tonic and garnish to enhance the flavors in the cocktail. So if you’re looking for a night out where you can get down with gin and on the dance floor, you should definitely check out this place.

While City of London Distillery makes its own gin, 214 Bermondsey creates its own tonic. Known as BTW, the tonic water is made with natural quinine, which is meant to let you taste the botanicals in each gin you mix it with and take away that bitter or sour aftertaste that many G&T naysayers tend to complain about. You’ll also notice that because it’s made with natural quinine, the tonic has an amber color instead of being clear.

But back to the bar itself: it offers at least 50–60 gins at one time, which will let any G&T lover drink mother’s ruin to their heart’s content. But if that’s too many to choose from, you can order one of their gin & tonic flights for under £20. And they also celebrate Gin O’Clock from 5pm to 6pm on Tuesdays through Saturdays where you can indulge in selected double G&Ts for £5.

While there are tons of great gin & tonic bars in London, this list didn’t seem complete without including The Distillery. The multi-level building houses Portobello Road Gin, the Ginstitute, a board room to host gin-infused work meetings and even a place to crash in case you’re overcome with mother’s ruin. You can also try one of the two cocktail bars. Gintonica serves up experimental G&T in goblets instead of highball glasses, including a selection inspired by Spain’s innovations with the cocktail. Meanwhile, The Resting Room offers a vast selection of special spirits and even more indulgent drinks.

Learn how to make more cocktails like these by checking out by reading Top 5 Cocktail Party Essentials.