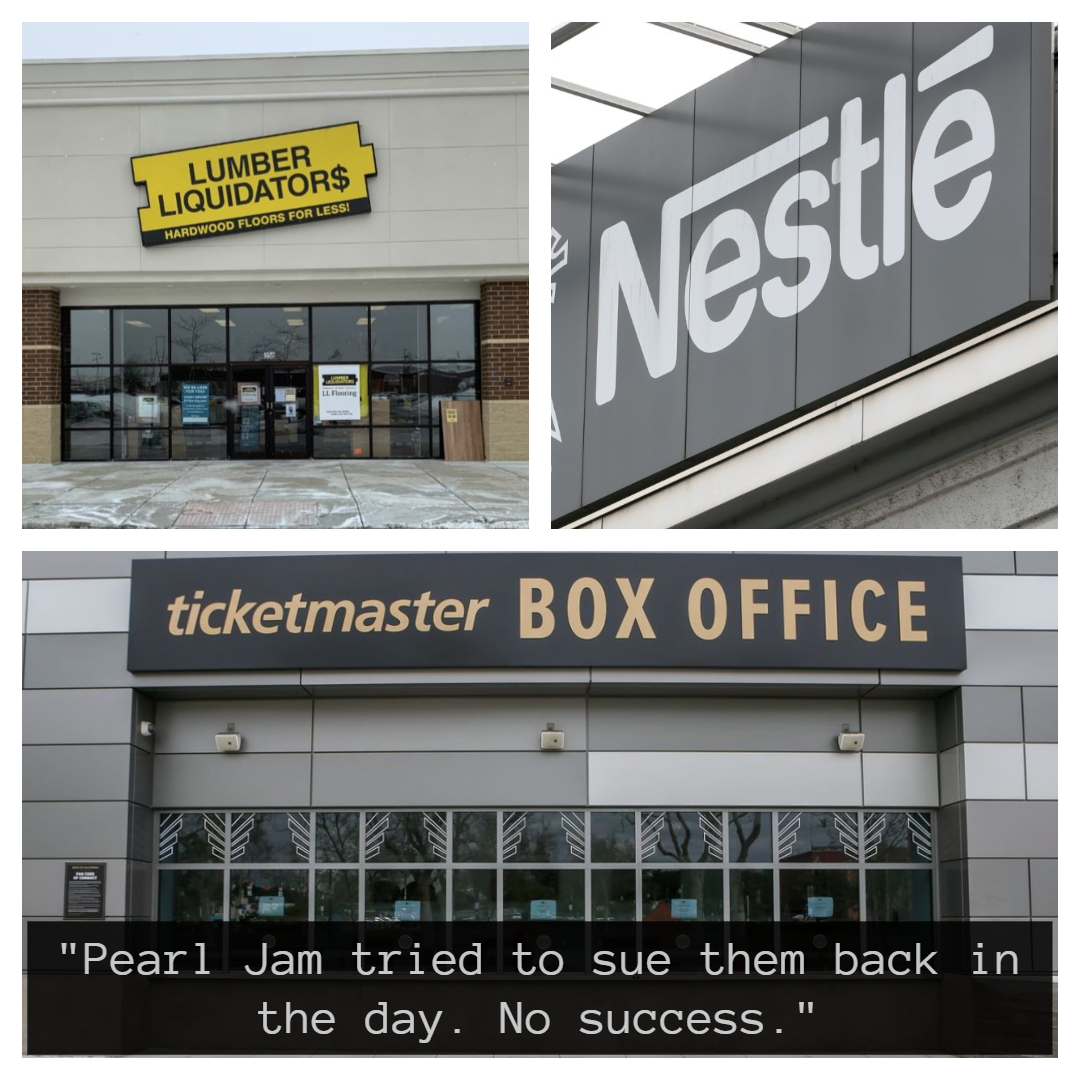 There are many big corporations known for their ethical practices, but sometimes, some show practices that leave a bad taste in their consumers’ mouths. A few Redditors have posted their thoughts on these companies and we’re all ears!

Some of our favorite companies have done and said some things that people don’t agree with. From ticket prices to human rights, these are some unethical practices that the public doesn’t like.

I’m really trying to stop shopping on Amazon. It’s tough. I live in a pretty rural area, and I’m not shopping in stores at all lately, but I’m finding substitute vendors for things I can’t do without.

Also, I’ve heard that I just had to pay for my own background check and interview. I’d say that’s pretty unethical.

It seems every year they are either putting malicious code or conveniently overlooked security backdoors into their hardware. And when called out on it, their response is, “Was that wrong? Should we not have done that?”

It might now actually be true, but that’s the way it feels, and a lot of people have agreed with me. It means they go to other companies instead.

10+ years back, my sister told me about how they took her friend’s nail art pictures and used them for marketing purposes.

She asked them to either give her credit or take them down, and they refused. Not like they ignored her, but they just straight up replied to her email, telling her that they had done nothing wrong.

When a company is simultaneously damaging the earth and then also underpaying their staff, it’s something that shouldn’t even be a question. I don’t support companies like that.

Arizona Iced Tea – They print the price right on the side of the can. They’ve been holding at 99¢ a can since they started making iced tea, and they refuse to raise it until it starts costing them. Fun fact: they weren’t always so good to their customers.

They switched to iced tea after their first two malt liquor products were considered offensive enough for Congress to get involved.

I work for a small transport company, so I’ve seen how they bully small companies with fines for, like, everything if you don’t do things their way. Plus, they also have a lot of internal stories about terrible employee treatment.

Even if the store may be very good and their prices are great. Walmart shouldn’t be bullying other companies.

Ever since they said water isn’t a human right, I’ve tried to avoid Nestlé products, but it’s hard: they’re everywhere, and sometimes you don’t realize that a brand is a subsidiary of Nestlé.

On the other hand, Everyone always says “Nestle” when asked this question. What people don’t know is that I actually worked for Nestle for 12 years, and they honestly aren’t as evil as everyone thinks. I worked in Human Resources, and the people in my department were some of the kindest, most generous, and most intelligent people I’ve ever met.

They’re disgusting. They straight up steal designs and ideas from small businesses and refuse to give credit or pay for what they’ve taken. Their clothing is overpriced, poor quality garbage.

This is another case of copying other, smaller companies that don’t have the legal funding to even fight back.

Pearl Jam tried to sue them back in the day. No success. “Hey, buy this concert ticket for 50 bucks”… “Processing fee is $3000, and you are firstborn.

They tried to take them down all the way back in the nineties. The prices of their tickets are unfair to both the customers and to the bands playing.

“They keep getting caught poaching endangered trees for hardwood flooring.”

I’m all for legal deforestation, but they need to concentrate on areas where the land can still be conserved

Has there been any major crime in the last 40 years, any financial collapse, any national treasury looting, or any disaster of any kind that wasn’t financed by Deutsche Bank?

There are lots of other unethical companies out there. They’d all have a harder time getting away with it if they didn’t have Deutsche Bank.

Huy Phong Foods. They make the real Sriracha sauce (with the rooster on the bottle), but the founder never copyrighted the name Sriracha, so anybody can call their sauce Sriracha. Also, he refuses to use dried chilis, opting instead for fresh peppers from local farms, so his community gets the money, and he has refused to raise the price since the eighties.

He’s quoted as saying something to the effect of, “I don’t want to get rich. I just want to make sure that people who want hot sauce can get hot sauce.” He’s been offered partnerships by investors but has refused every time because nobody has the same goal as him. The dude just wants to spread a love of hot sauce and really doesn’t care if it makes him a billionaire.

Monteray Bay Aquarium. They actively educate kids and adults on the dangers of overfishing and one-use plastics. They built an app to keep people aware of what fish is currently sustainable and, therefore, okay to eat. They are constantly monitoring sea creature life and rehabilitating many at-risk species should they be lost by their moms/covered in plastic etc., and they fund a ton of research into the field.