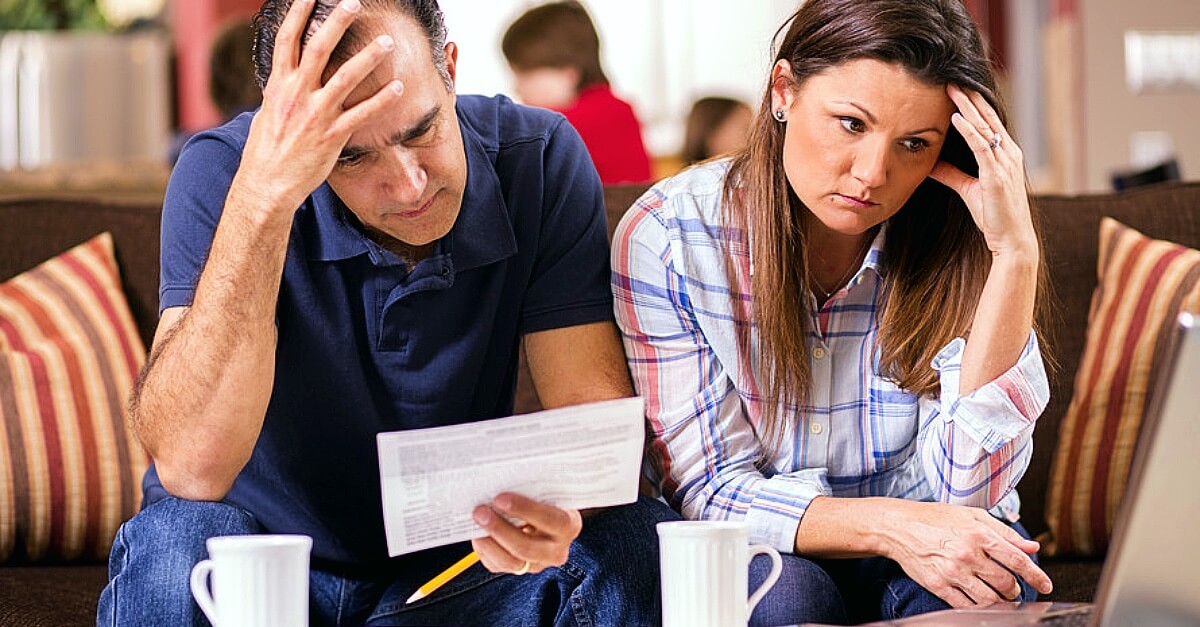 One thing the world outside of the US has always seemed unable to grasp is the sheer expense of going to college in America. And now, Americans are waking up to that too.

On a recent Twitter feed, people began to share their student debt. With a mixture of stress and nervous laughter, each of their student loans is more unbelievable than the next.

One Twitter user stated that she’d even trade in her qualifications to get just 50% off her student loan debt.

“My student loan is almost $90k. I’m willing to return this Masters’ degree for 50% off.” Dang! To get almost 100k in debt and then realize that it wasn’t even worth it? That really, really sucks.

This man has been paying off his student loans for seven years. It was $50,000 when he started paying it back.

Throughout the years, he’s paid what he could, yet his loan has risen to $65,000 due to interest. We can’t be too sure but this seems like the most ridiculous financial system ever.

Just like the previous ex-student, this woman has been paying off her student loans since she left school thirteen years ago.

The only problem is she’s managed to keep the interest down but the base sum has remained more or less the same. They still have the cheek to ask her for donations too.

She provided a snapshot of her student loans account that shows an outstanding balance of $81,546.51. But that’s nothing compared to this person.

This man’s post made everyone on the thread speechless. Without a word, he sent in a picture of his current balance.

In The Lord’s Hands

“It’s above me now! This battle belongs to the LORD!” a user posted in the Twitter thread. Her total outstanding balance is $86,009.28.

We don’t know this woman’s backstory but it sounds like she’s having co-parenting problems – and the student loan certainly isn’t helping.

“Mine is $100k + but I plan on treating my student loans like how my baby daddy treats child support”. Ouch! We wish this lady all the best. But at least she’s better off than our next user.

This man entered the thread with a screengrab of his account summary. He captioned it with two laughing faces that carried a bead of sweat on the forward.

“Around $94k”, another user wrote. “God has already taken care of it because I’m not lol”. That’s nearly $100k. While this user’s light-heartedness is inspiring, we just can’t bring ourselves to laugh!

That is a whole lot of money, and we’re happy that isn’t hanging over our heads!

Maybe we’re too serious around here or maybe the only appropriate response to all this is to laugh? If so, then this person has got it right.

“Loooollololololol”, this user typed as they shared a screenshot of their $200,851 balance of student loans. Well at least, they’re using their degree, right? Wrong.

This user chipped into the conversation stating that she went to medical school to study to be a doctor.

Her outstanding balance is a whopping $139,364.76. The only thing is, this woman never made it to graduation. Now she’s paying back a loan that did nothing for her.

This woman has a similar story about a degree that hasn’t gone to use due to circumstances beyond her control.

One guy felt too embarrassed to share his principal student loans number so instead, he just shared his interest, $29,777.46.

But judging off of this, we can only imagine what kind of principal sum would gain an interest of that amount. He’s got to be looking at six digits.

Another user chimed in to the thread quoted Michael Jackson’s song, “You Are Not Alone”. He continued to put his Navient account on display, showing two loans totaling $141,164.89.

Although this has all been a devastating insight, it is true what this man has said. If you have student loans that seem big, don’t worry – you are definitely not alone. And there are definitely relief systems in place to help!