The Move That Forced ‘Pawn Star’ To Disinherit Son 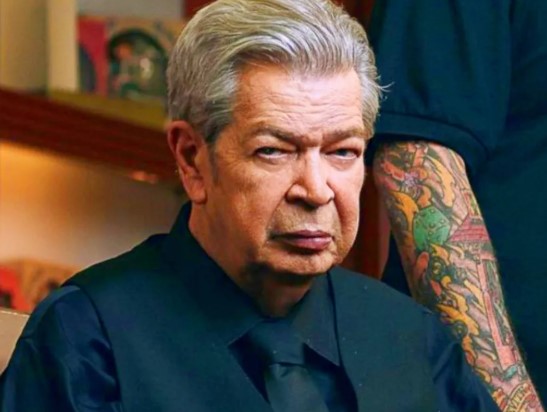 The center of “Pawn Stars” lies in the tight bond that the Harrison family has. It’s common knowledge that Richard had a very special bond with Rick.

But why would the Old Man suddenly decide to take his son’s name out of his will? Information about it slowly creeped out into public, leaving fans with a million questions. 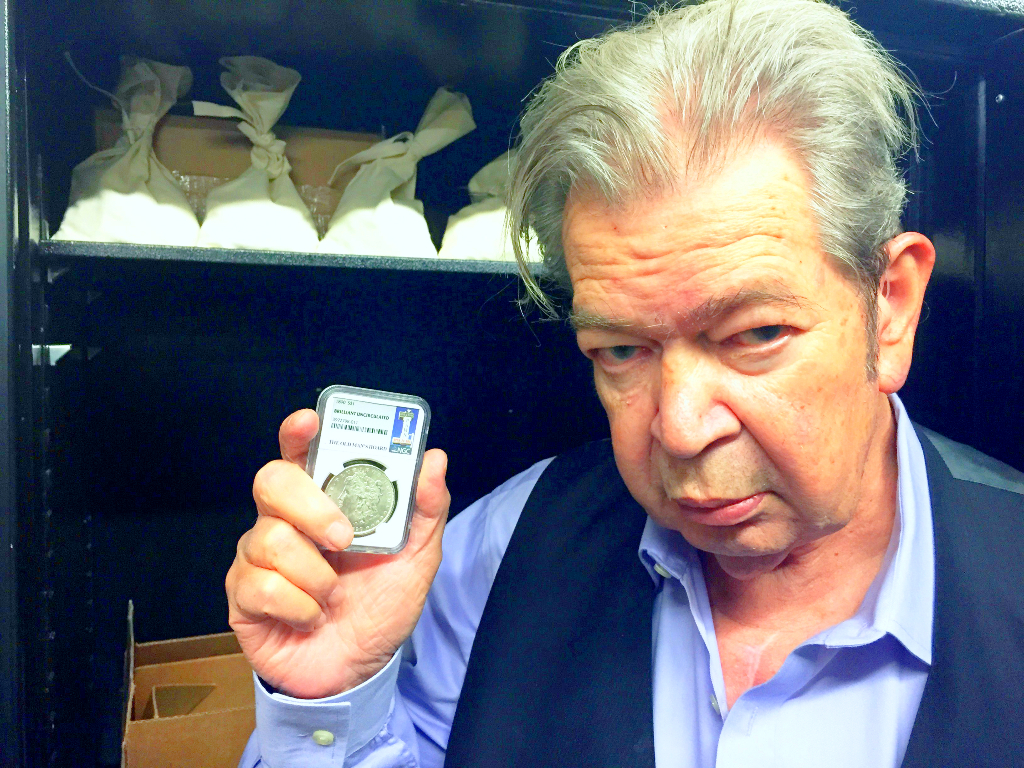 “Pawn Stars” is an immensely popular show that’s been running for 17 seasons. It’s captured the attention of viewers — even after the sad passing of one of the biggest Pawn Stars.

With fans enjoying all the different relationships and dynamics between the characters, they wouldn’t have expected there to be a secret behind the camera. 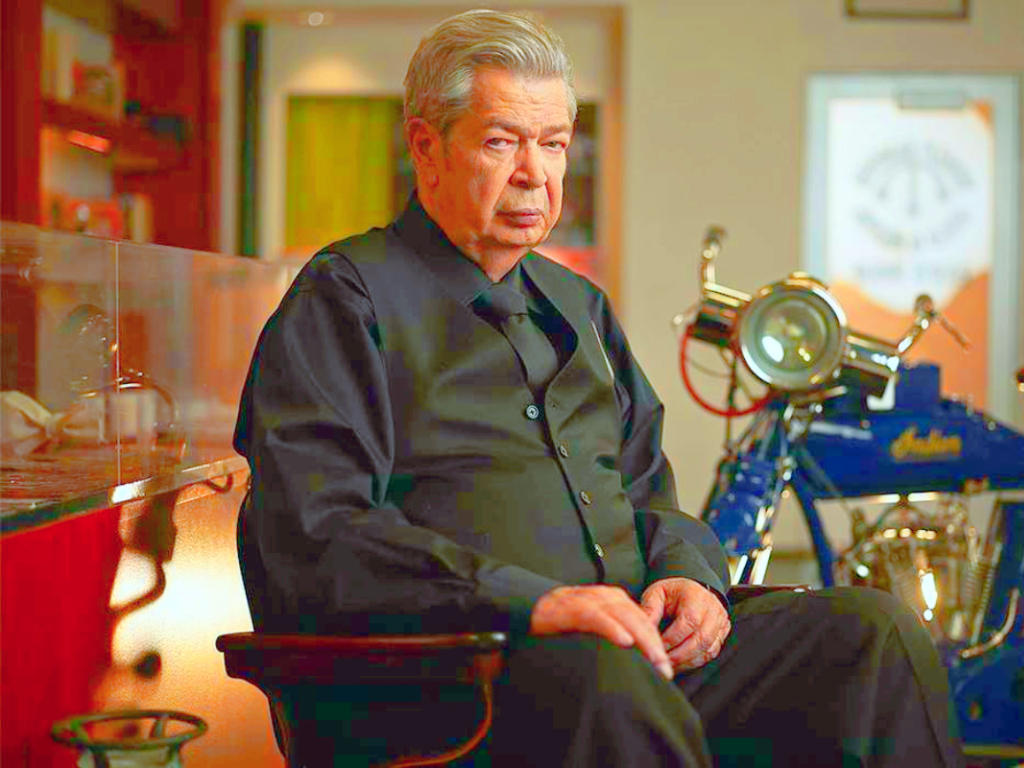 Richard Harrison is the owner of the store and came from an impoverished family. He got involved in petty crime and, after unsuccessfully stealing a car, chose to serve in the Navy instead of getting a sentence.

Richard served well and earned the rank of Petty Officer First Class after 20 years of service. When returning home though, he urgently needed money. 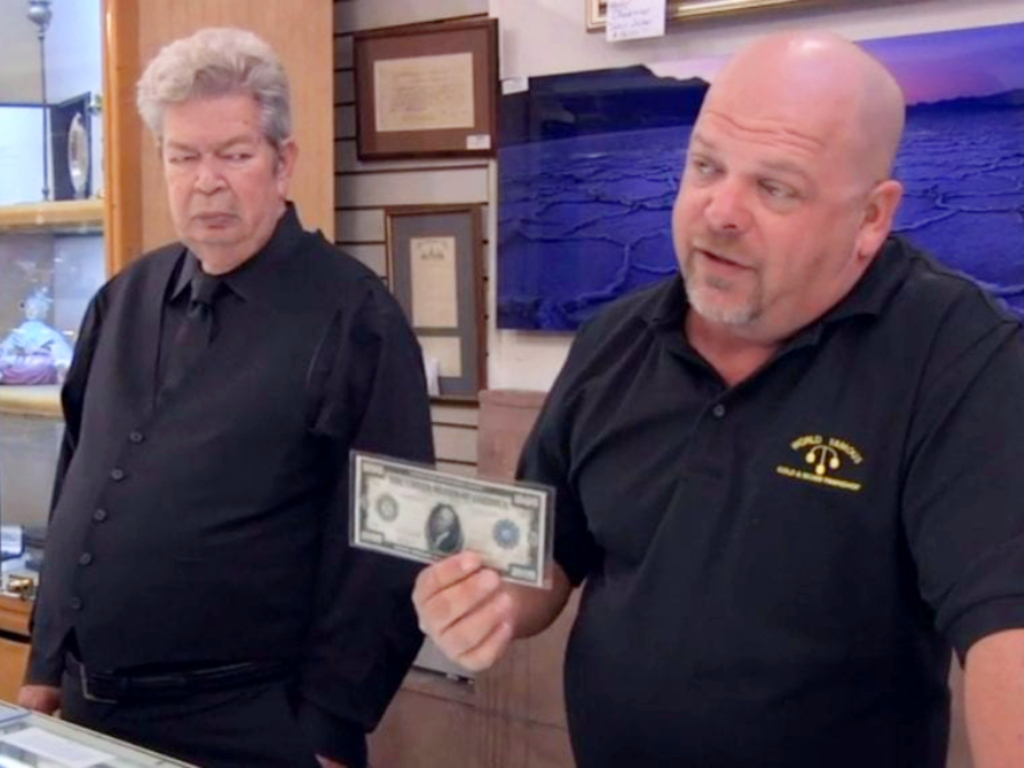 Richard had married Joanne, his love, by now and while he was away in the Navy, Joanne was struggling with her small real-estate business.

They had 3 sons that they needed to take care of. And when Joanne’s business went under, Richard decided that in order to save his family he’d have to take them to the city. 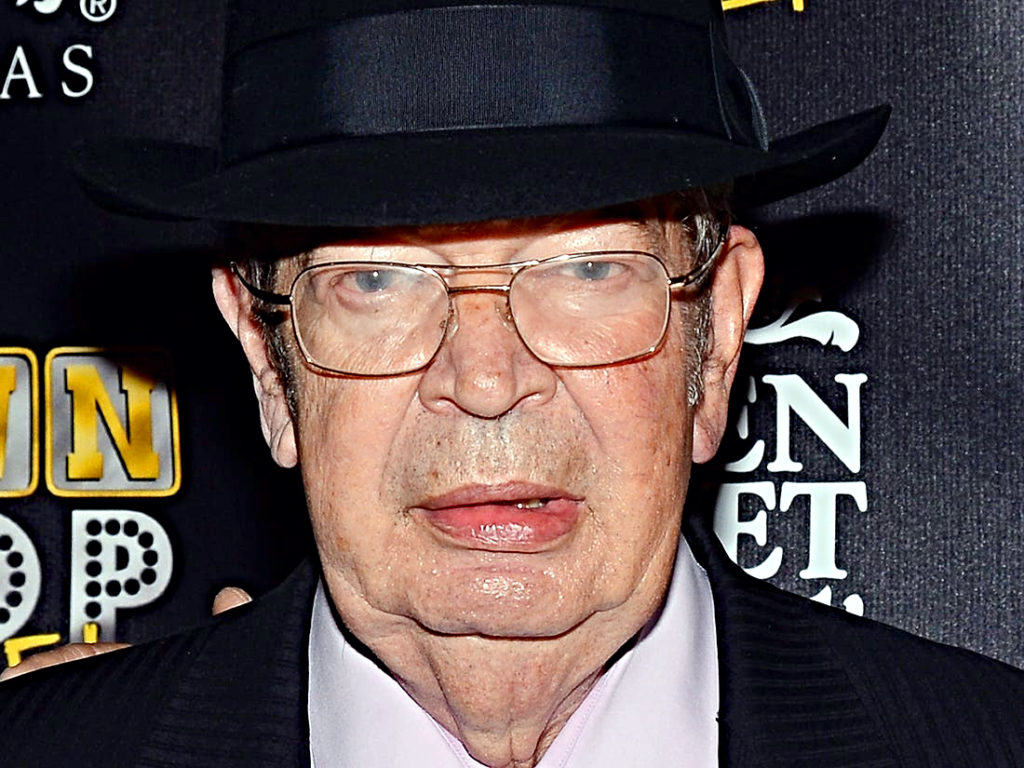 With the remainder of their cash, The Harrisons settled down in Las Vegas. Richard found a 300-square meter place he could rent that would become his business — selling and buying silver and gold coins.

After a while, Richard managed to renovate his business and turned it into a pawnshop. Once he realized the success to be had, he asked for the help of his eldest son, Rick. 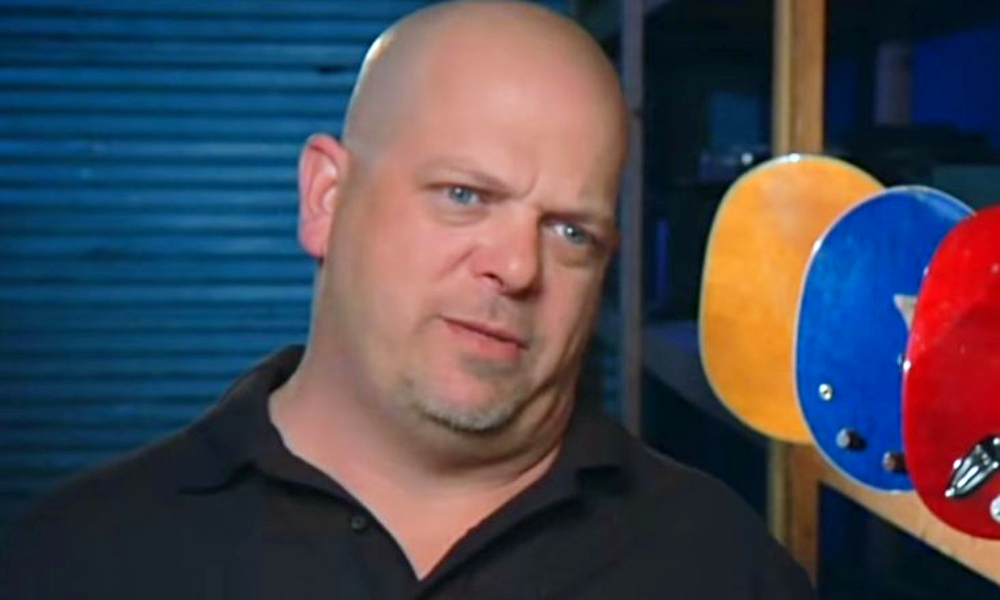 The business boomed, and so did Richard and Rick’s relationship. They had good synergy while doing business, using a “good cop/bad cop” act to get the best prices on goods.

Rick gained experience with haggling while working in the shop, which he used to make his father proud. Rick has become an iconic character on the show. But what about Richard’s other sons? 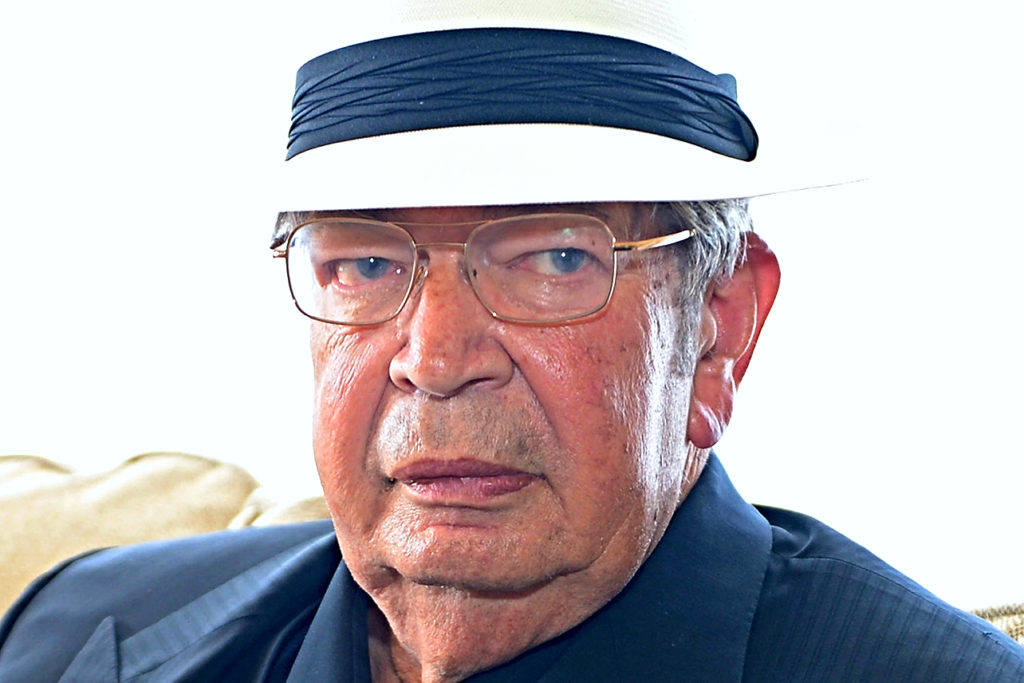 Throughout the show’s 17 seasons there have been more than a few suspenseful and emotional episodes. In spite of this, the father and his son have grown closer over the years — with every argument only making them more comfortable and trusting with one another.

A business can have a dramatic effect on a family, although Richard’s other sons have never been as close to Richard as Rick has been. 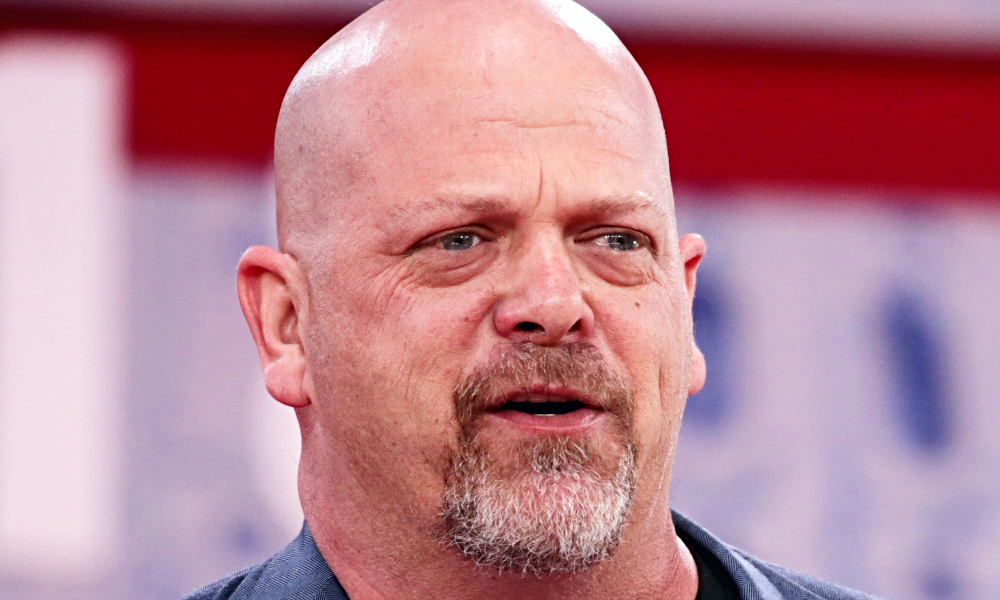 Rick’s hero isn’t hidden away, he proudly declares that he and his father share more than just their lives together. And no one can question the bond that they share.

Richard counted himself lucky that having his son in the business didn’t adversely affect their relationship. However, if only they knew just how close tragedy was. 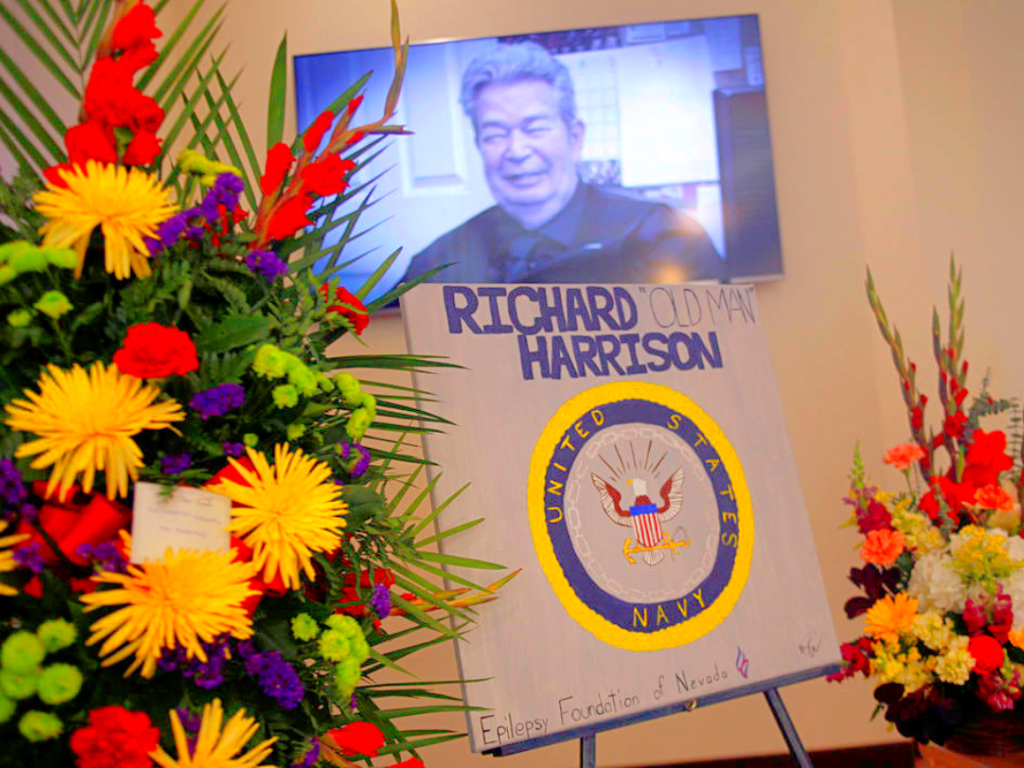 Richard struggled with Parkinson’s disease and passed away at the beginning of season fifteen. This left a huge void in the show and devastated the family. Fans were heartbroken as they watched the characters on the show come to terms with their loss.

Rick was utterly destroyed by his father’s death. But after they buried Richard, Rick revealed that their relationship wasn’t as perfect as it appeared. 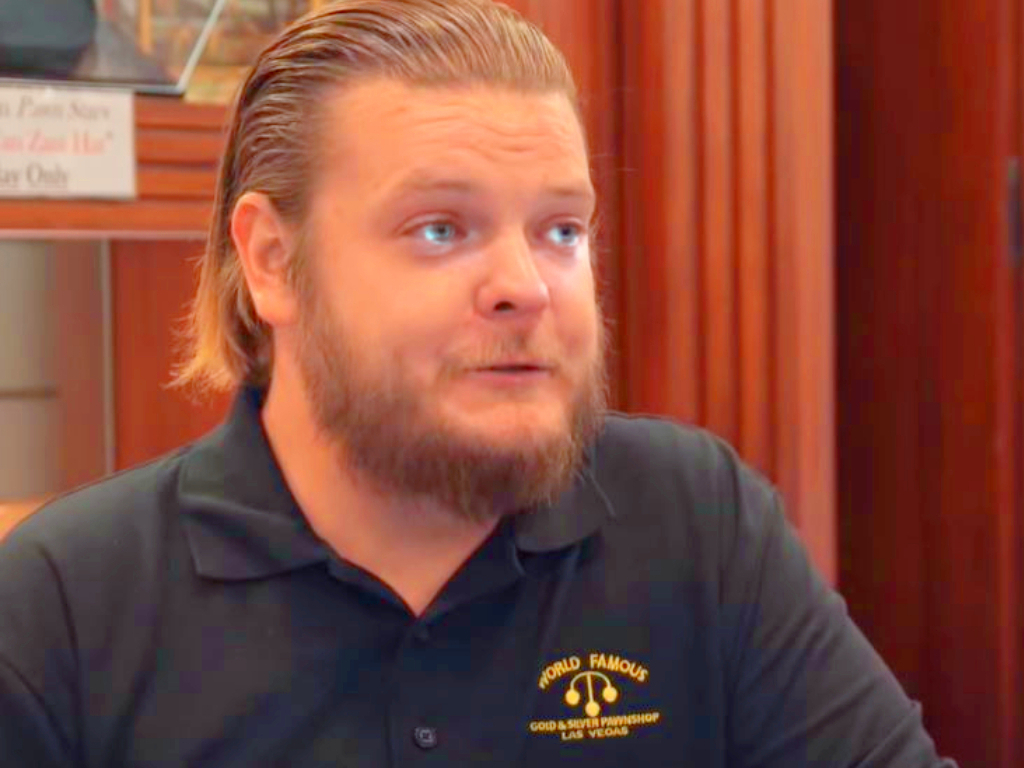 In all of the show’s 17 seasons and with all of the father-son antics, priceless items, hustle, and rare artifacts, there have been two other characters in the show.

Star figures were the Grandson of Richard, Corey, and the iconic fan-favorite Austin Russel, better known as Chumlee. It’s with Chumlee that the struggles behind the camera started. 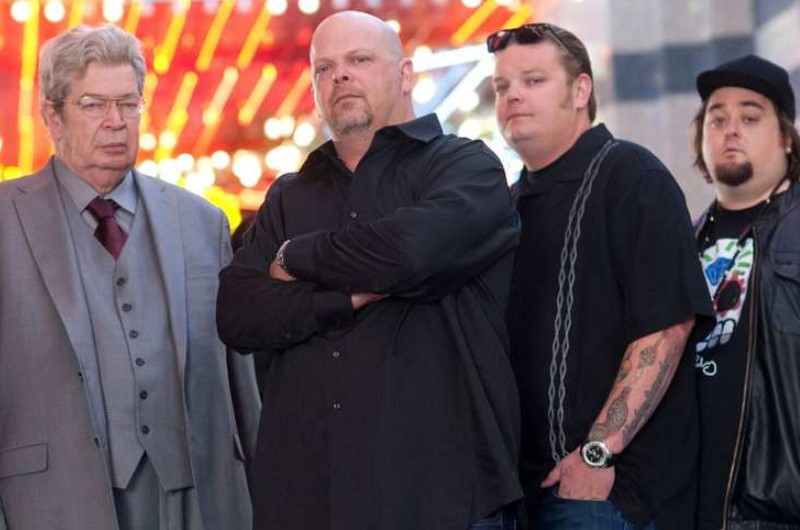 As if the difficulty of dealing with a father’s death wasn’t enough, the Old Man managed to spark one last bit of drama for the Harrisons.

Normally, wills will leave the family of the deceased an inheritance or property. But when the Harrison brothers went into the Lawyer’s office to see what was in Richard’s will, they were astounded by what their father had done. 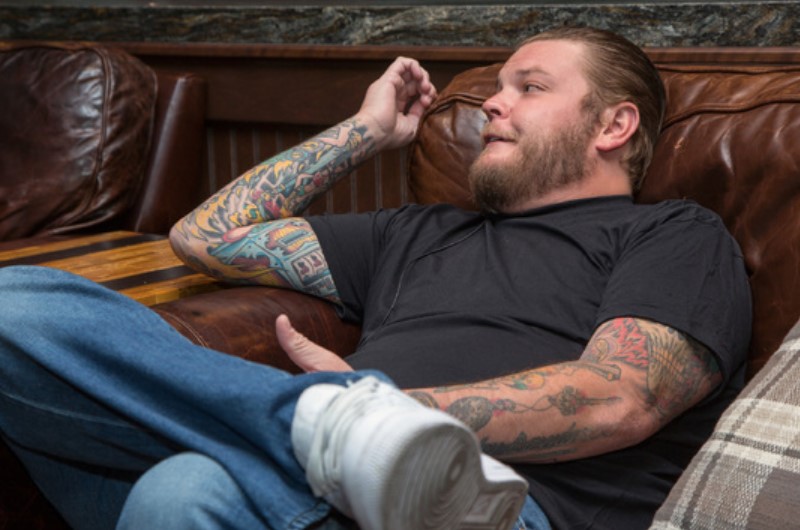 When reading the Old Man’s will, The unbelievable part was that one of the Harrison brothers was kicked out of it. In the part of the will that the public could access, Richard said: “I would like to express my love and affection for Christopher Keith Harrison; however for purposes of this Will, I have intentionally and with full knowledge failed to provide for him and his issue.”

Chumlee and Corey were included. They had apparent tensions with Richard, yet they remained in his will. Why then wasn’t Christopher included in it? 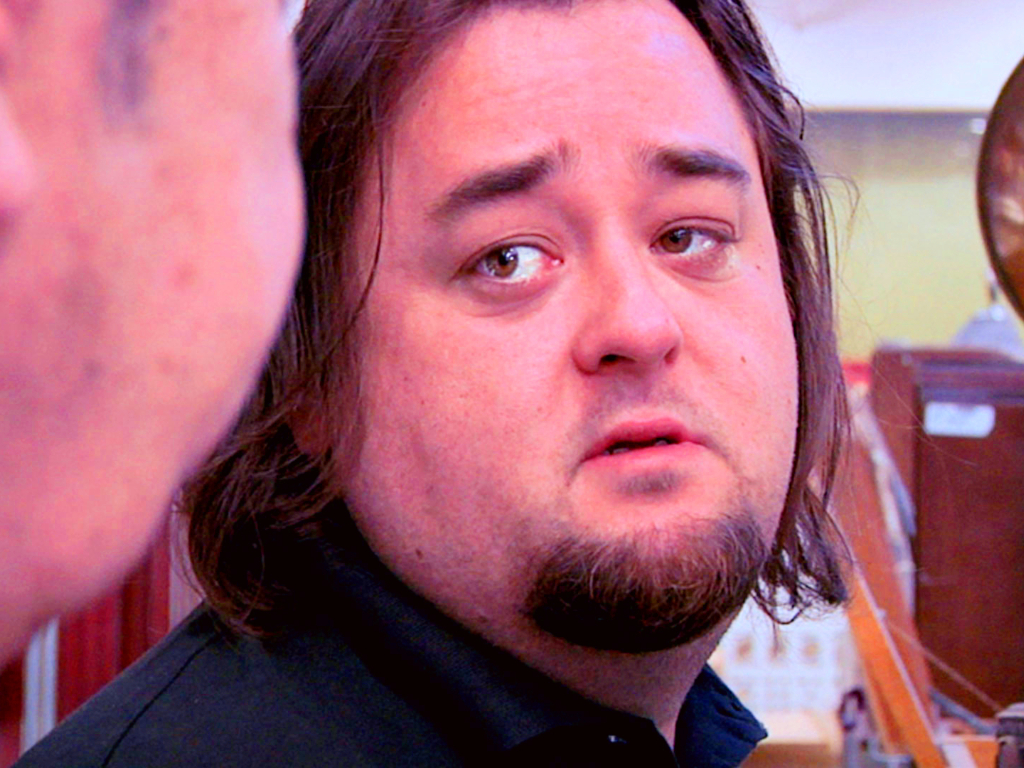 Richard had admitted in the past that he nearly fired Chumlee for his attitude and his decisions in the business. This caused even more tensions to arise in the pawnshop.

Chumlee’s home was searched by police and what they found damaged the business’s good name and also put enormous weight on the family’s relationship with him.

Standing By One Another 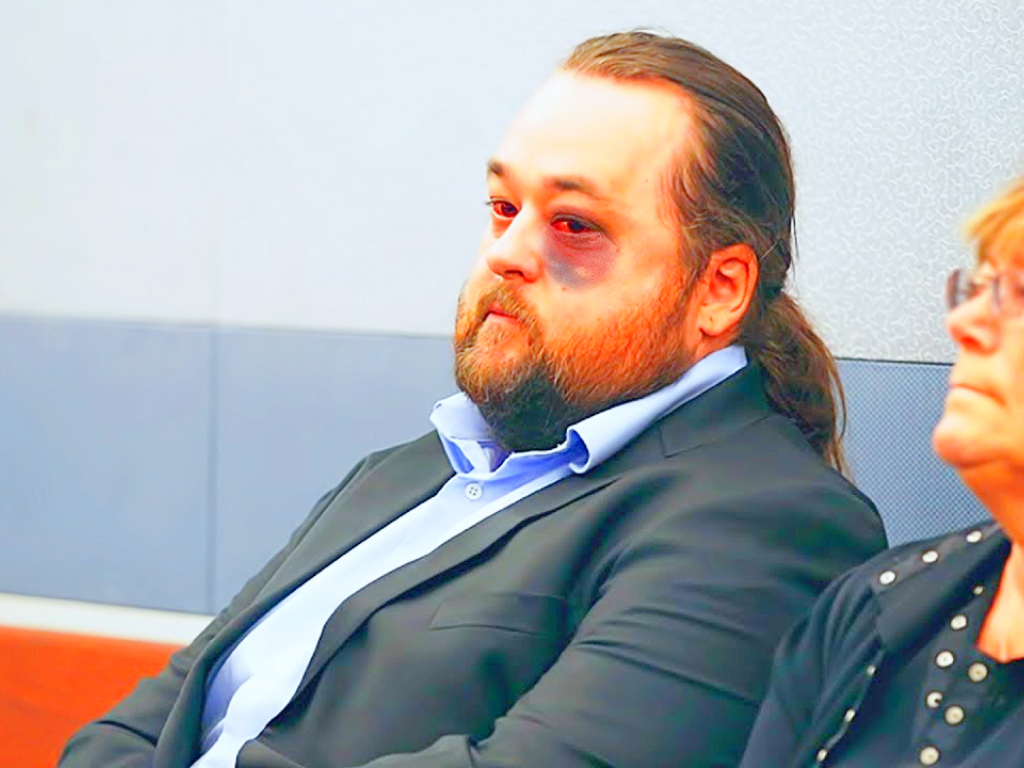 Substances and firearms were found during the police search and Chumlee only got three years of probation for it. But the family stopped their petty arguments that caused tension once Richard passed away.

They knew Richard was wise with his money, so they were all interested in what the lawyer would have to say. They just never thought they’d hear this. 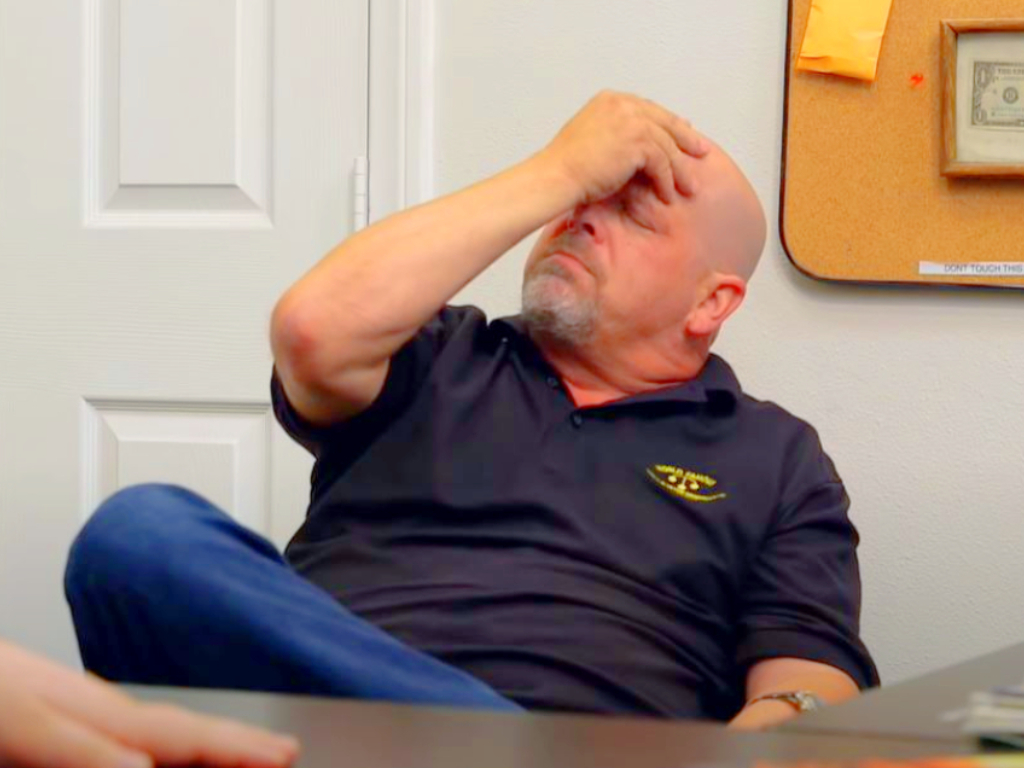 Rick and his two brothers sat down with the lawyer, listening carefully to what he had to say regarding their father’s will.

Even though Richard was tricky when it came to money and business, he was never secretive about it. So when the Lawyer broke the news to them, Rick needed the lawyer to repeat himself. 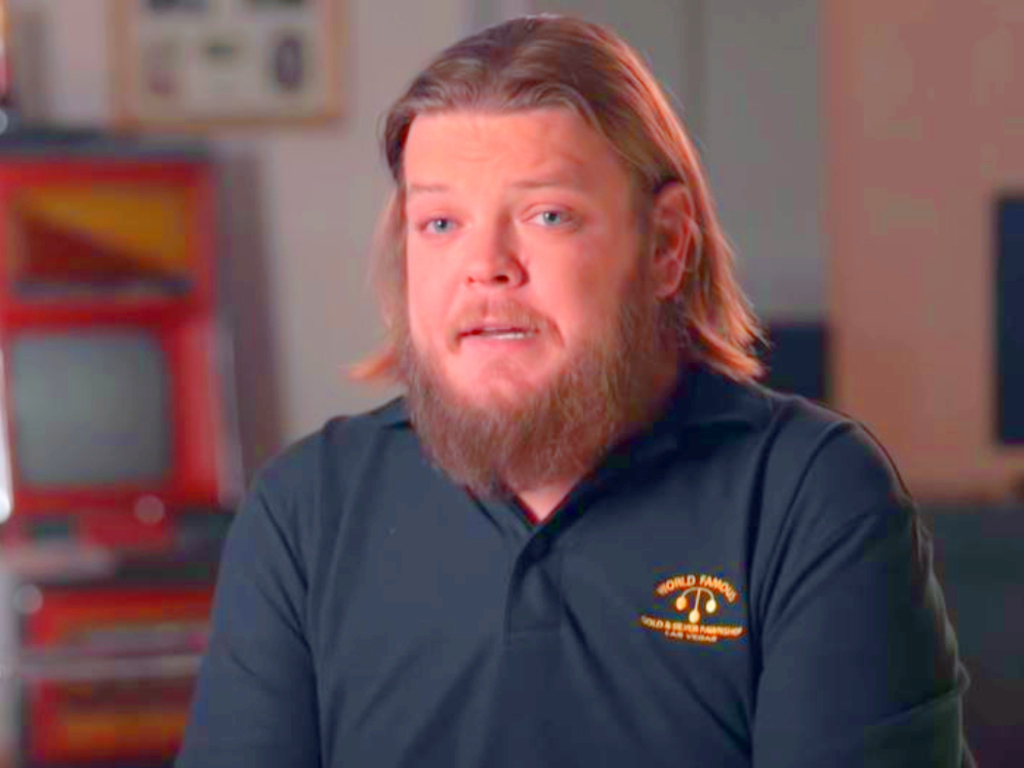 Looking down at the piece of paper that was Richard’s will, the lawyer said: “I would like to express my love and affection for Christopher Keith Harrison; however for purposes of this will, I have intentionally and with full knowledge failed to provide for him and his issue.”

Christopher was never one for his father’s business, and as such never appeared on the show. But that doesn’t tell us why he was excluded from the will. 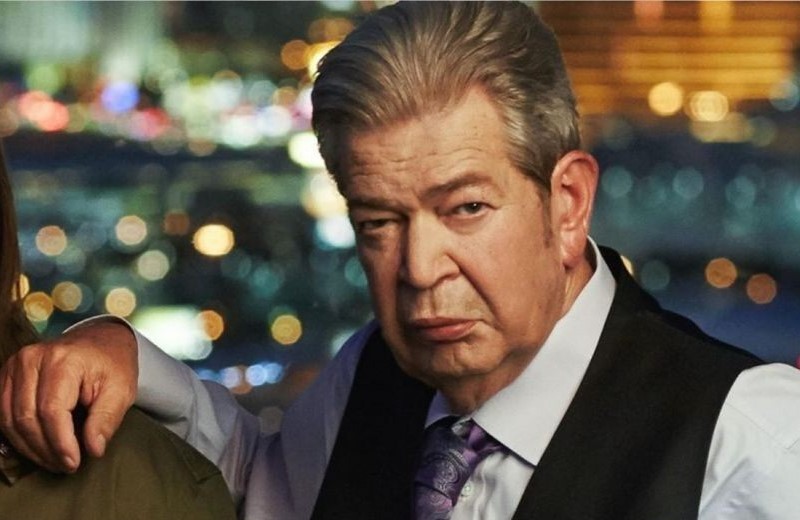 Most people watching likely never even knew that Christopher had even existed. He has never been on the show and his existence has only become apparent now.

Even though he wasn’t a part of the pawnshop, Christopher was still surely loved by his father, just as his father loved Rick. So why had he been left out?

Taken Out Of Business 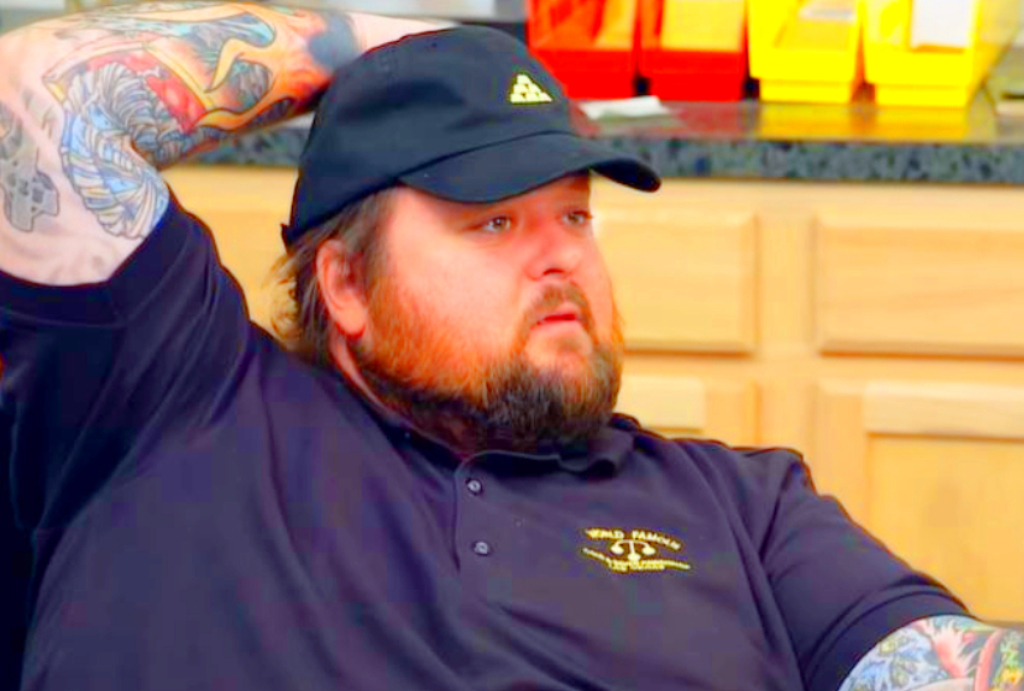 People that watch the show are wondering why Christopher was left out. Some think that it was because he didn’t contribute to the business and thus the earnings weren’t rightfully his. Others don’t understand the “issue” that Richard mentioned in his will.

One viewer commented, “Sorry, I actually would like to know why he was left off. Didn’t he get along with the other brother? Or just not the dad?” The lawyers said that Richard never gave a reason for the removal of Christopher. 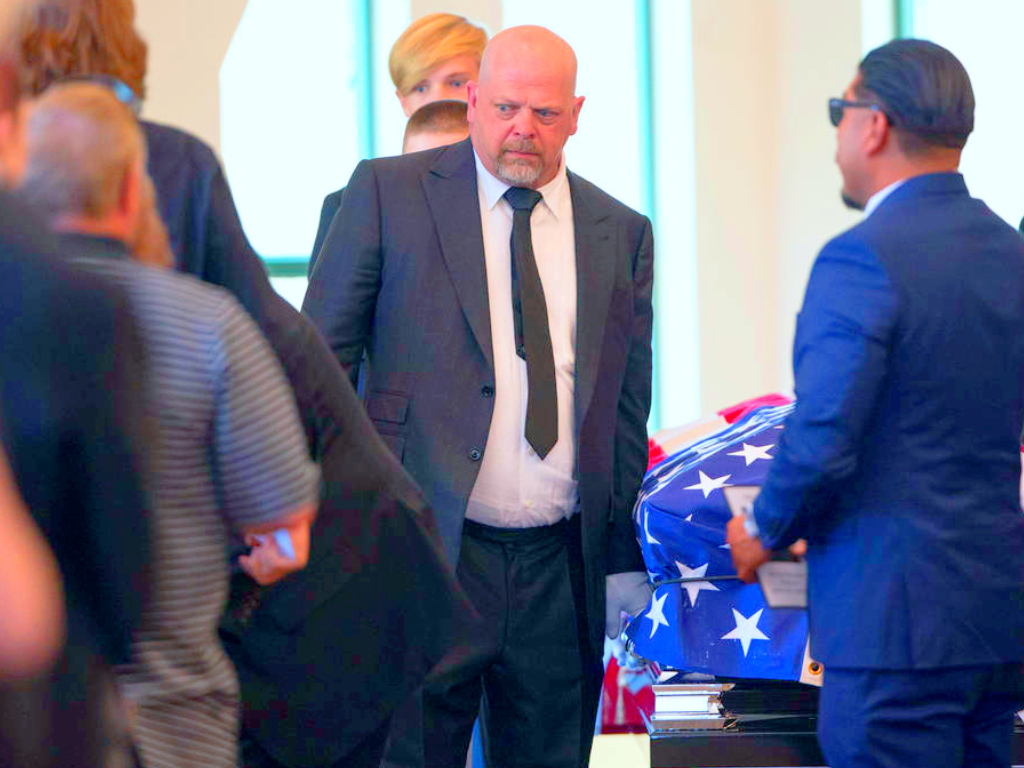 Rick recalls his father affectionately: “He was my hero and I was fortunate to get a very cool ‘Old Man’ as my dad.”

Rick continued: “That I got to share him with so many others and they got to see what a great family man he was is something I am grateful to have experienced with him.” 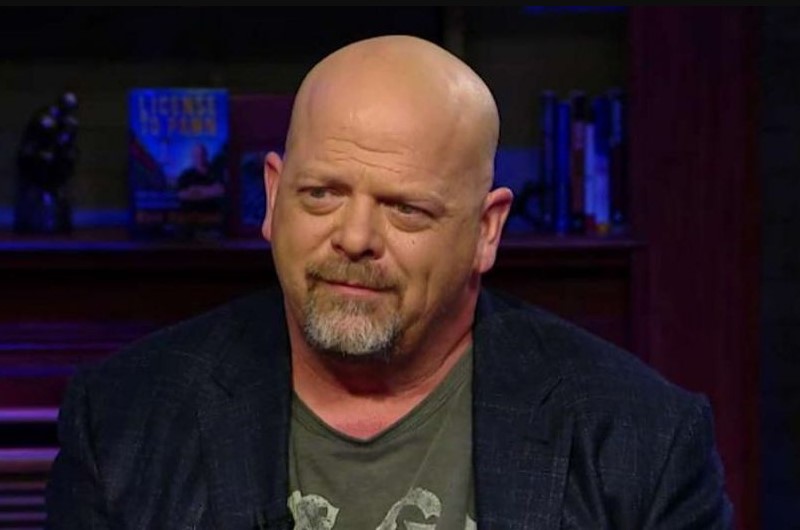 It appears as though the answer as to why will remain a question on people’s minds for a while.

Corey and Rick mentioned they did speak to the Old Man about it before, but out of respect, they said they’ll keep the reason a secret. With most still thinking it has to do with the family business, the details will stay with the Old Man and his son, Rick. 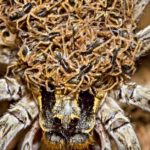 This Really Works: Try It In Your Garden
Amazing Pool Noodle Hacks That Will Have You Running To The Nearest Dollar Store
The Best Live Bands Ever Ranked In Order (Beatles Not Top 5)
Dean Martin’s Daughter Admits What We’ve Expected All Along
The US Built A New Submarine The World Is Afraid Of
Mountain Of 1000’s Of Spiders And Huge Rats Was Home To Lost Ancient Civilization
Mum Smiles At Baby ‘Blowing Bubbles’, Then Realizes What It Means
Woman Asks Salon About Black Nail, They Act Quickly To Save Her Life