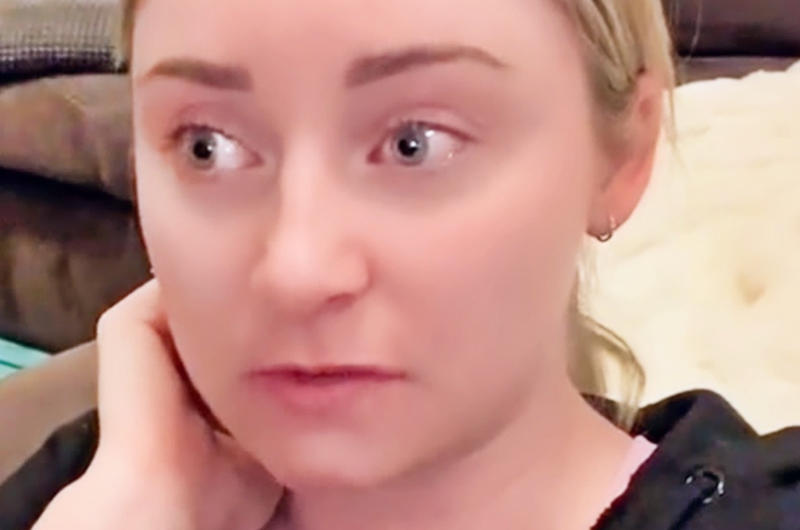 It had been something she was doing for many years, it all started with her business.

Thus far she hadn’t gotten a complaint. Why wouldn’t people love free candy? So when she received the nasty email complaining, she couldn’t believe it.

She knew her business wasn’t unique by any means, selling body products. But she liked to think that hers smelt better than a lot of the competition.

Carissa Collens Did something different with her products. She knew her products were well sought after in the big market. She also did extra things to make her customers happy.

“Lumps and bumps are normal.”

She wanted to share the products that she had tailored for people like her. So she thought that small candy would add a nice personal touch. But someone would end up taking issue with these treats.

The person’s order was coconut mango body custard and vanilla caramel body scrub. She thought that these were great products.

Carissa wrapped everything neatly into a pretty box and padded it with tissue paper. She also hand-wrote a thank you note and added some lollipops for good measure. But this would be a mistake.

Diabetics and sensitive celiacs can’t always have candy. But Carissa was just trying to spread a little joy in uncertain times. But one woman would take issue with them.

Carissa couldn’t believe what she saw in the email.

She felt like she had just been slapped across the face. “I’m in a position where I will not be buying from you again because I no longer trust your word.” But the email would only get worse.

Going On And On

“What do you think you are gaining by sending someone a bit of sugary junk in the first place?”

The email would only direct a lot of negative energy at Carissa. She was at the center of it all. She felt tears splash onto her keyboard.

Carissa couldn’t tell if it was just an overreaction or if the woman’s words had some weight.

Was the customer in the wrong? Or had she failed in her customer service? She decided to ask others to get a second opinion. TikTok would have the answer.

The woman noted in her email that there were two things that upset her so much.

She assumed she had been charged for the candy, “I’d rather pay less for my product than get something I never asked for or wanted.” This was apparently the source for the “breach of trust.” The second part was even crazier.

“If they were vegan I could have at least appreciated the thought. I won’t be buying from you again!”
Carissa couldn’t believe it. How was she supposed to know the woman was vegan. Even so, what was stopping her from giving it away? But what did the rest of the world have to say about the entire ordeal?

One person tried to tell the “Karen” customer that when it came to buying bulk for those kinds of tiny gifts, the difference was maybe a few pennies.

All this fuss over a couple of cents was ridiculous. Then, another vegan chimed in with her own thoughts on the matter.

“I am vegan and get sent extra things that aren’t vegan all the time.
I just give them to friends, it’s the thought that counts.” The love and support poured in from all over the world. “Yes girlfriend, you may have lost that Karen’s business, but you gained mine.” Carissa knew what she had to do next. She was going to make a reply video.

It was simple. She took a couple of days to collect herself and get back in the “giving” mood that usually came with her job.
She loved what she did. She loved letting people pamper themsleves while reminding them they were already beautifully. She pressed record and pulled out a huge book – shaking it right at the camera.

Carissa pulled out a handful of gummy packets while dancing to an old tune called “Candyman.”
She then put a few of her products in her signature box and dumped a huge amount around the tissue paper. The last part was cheeky, but very worth it…

She opened a pack, popped a gummy in her mouth with a huge smile and then big letters said, “The lollies stay!”
There was definitely one person in the world who would hate it, but from the view count and likes, hundreds of thousands of people love it!