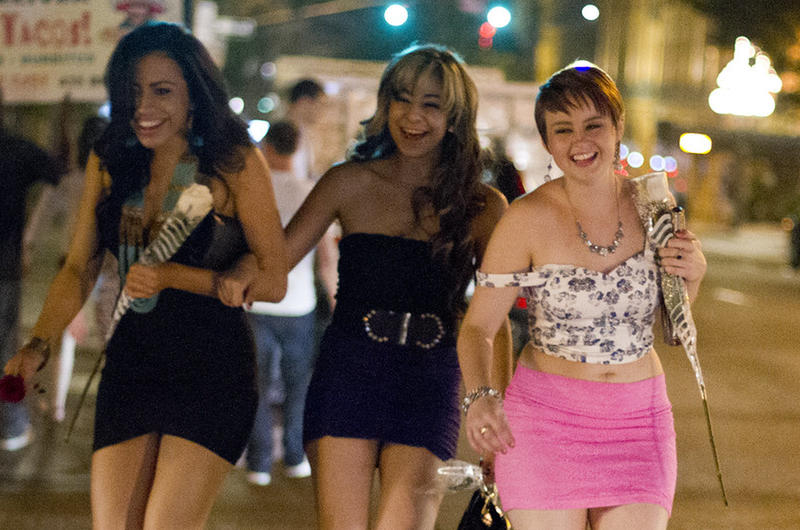 Out For A Night Of Partying

Even though his family had forgotten about it and was sitting enjoying their meal, he couldn’t help but keep an eye on the people at the table across the table.

He could easily hear the drama they were creating, they were cheering loudly with smudged lipstick and eyeliner covering their faces. These girls were unaware of what he was planning. 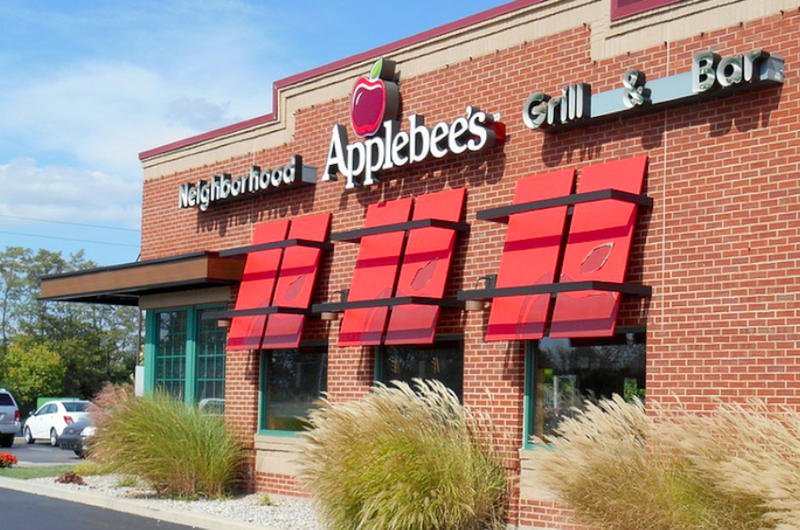 He just wanted to take his family out for a special meal. They hadn’t gone out to eat in months and he thought he’d treat them.

He was a patient man, he had been waiting behind the car that had been trying to pull out for ages. When it finally managed to get out he gave the driver a wave and a smile and he went on his merry way. Finally, he could park. As Tom was about to pull in a car came speeding from around the corner. 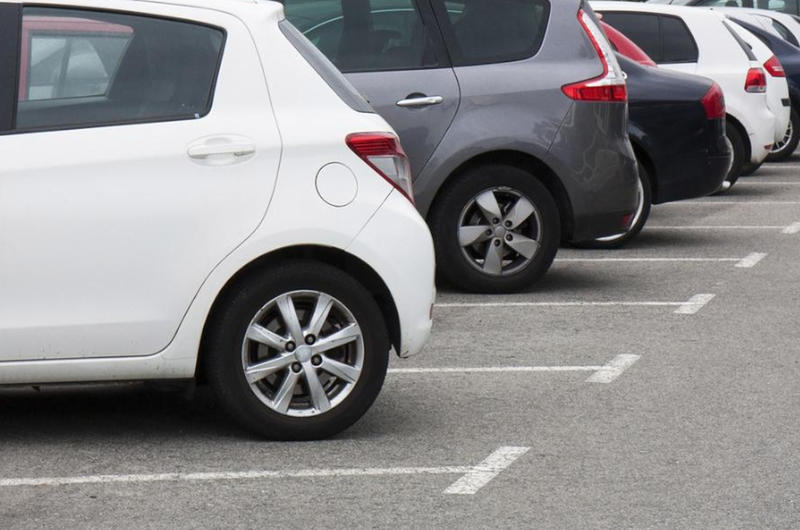 The car was packed with young adults. They sped into his spot just as he was about to pull in. Tom didn’t even get a chance to pull his handbrake up.

He could feel his stomach twist into a knot while his hands clenched so tight on the steering wheel his knuckles turned white. Did they think they were entitled to it? How dare they.

“Don’t See Your Name On It” 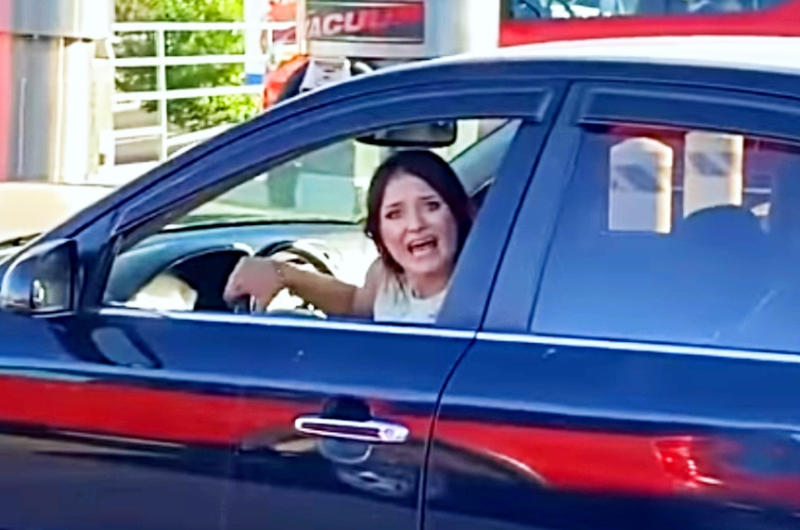 Tom tried to breathe, he rolled down his window, and politely said, “Excuse me, but I was waiting for that space.”

The young girl driving sneered at him and said, “Too bad. Your name wasn’t on it” The girls got out of their car and giggled as they made their way towards the Applebee’s nearby. He knew he’d get back at them.

Help From The Waiter 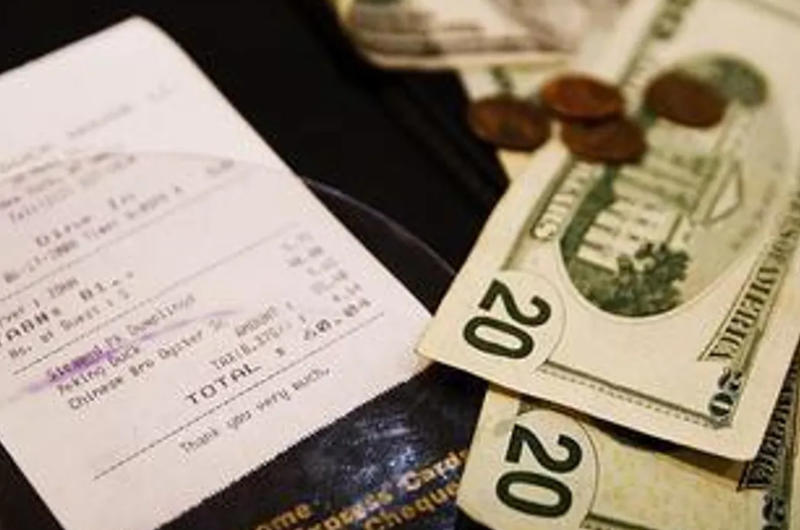 He slowly cobbled together an idea in his head while he ate dinner with his family. He still tried to enjoy the steak dinner he had ordered and the company.

But when he turned to look at the girls that had come in before him he could see them taking shot after shot. They were getting hammered, even the driver looked like they were getting intoxicated. So much for a designated driver. Then his idea came to him, he called over the waiter and slipped him $20. 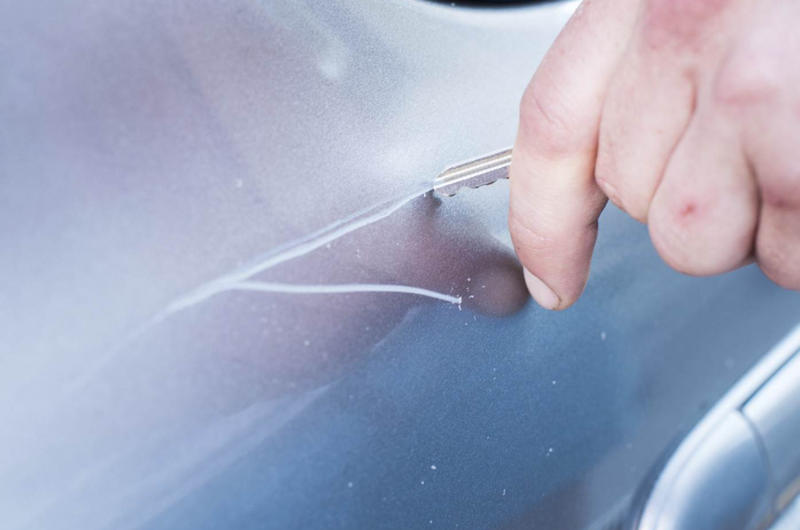 The waiter listened to Tom’s scheme and grinned. Seems he didn’t like the girls any more than he did, they had been giving him trouble all night.

Tom’s family had just finished off their meal and were ready to go, he paid for the dinner, and as he left he whispered to the waiter, “Wait until ten minutes after we leave. Then, go up to those girls and tell them someone called with a message – someone keyed their car and they should have parked somewhere else.” 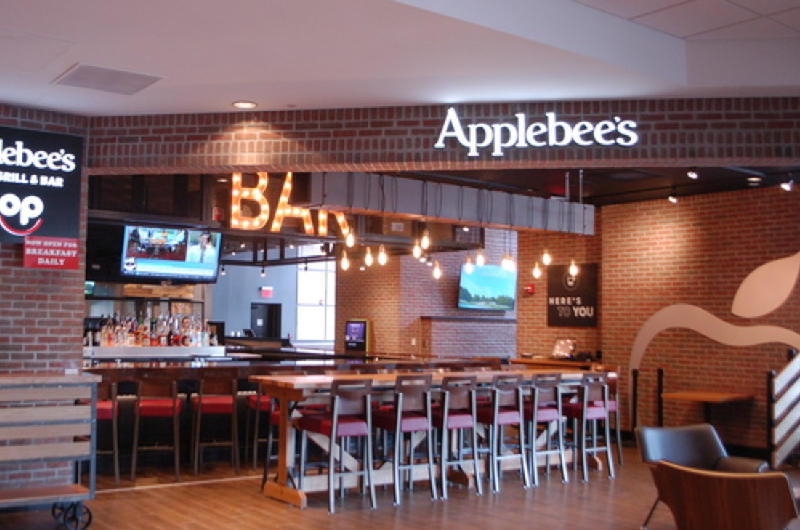 Tom looked back at Applebee’s one more time before getting in the car with his family and driving away, without touching the girls’ car.

He hoped this would teach the girls about karma. But it escalated so much more than he could have imagined. When the group had heard that someone keyed their car they were outraged, they flipped out and called the police and made a huge scene in the restaurant. 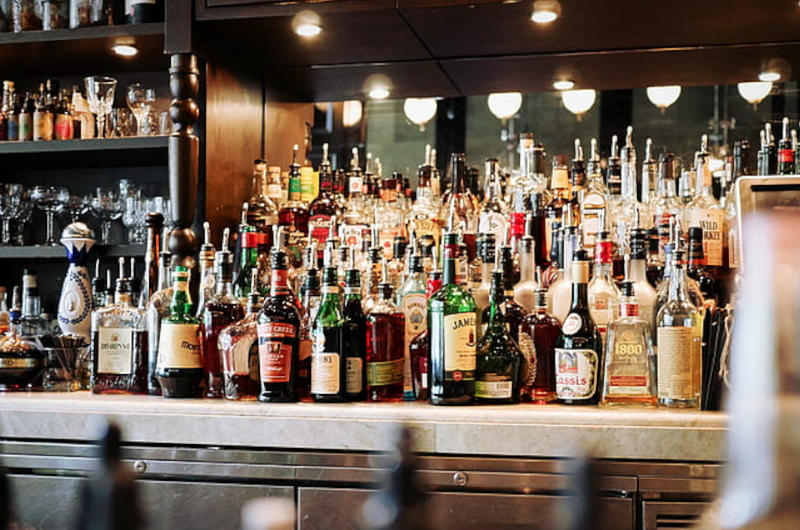 The group had demanded that the police find the culprit. Even though the cops couldn’t find a scratch the girls wouldn’t take no for an answer. The two officers didn’t appreciate their tone.

Since the group had been boozing the cops could have easily charged them with public intoxication. But they waited for them to get in the car. The girls stumbled over to their car and got in. Their drunk driver turned the keys in the ignition and they were greeted with the sound of the police siren behind them.

This is where Tom couldn’t help but snort his coffee while the waiter conveyed the story. And the charge? The group had begun their evening by cutting off a man and being rude to him. They ended their night with a DUI each and public intoxication citations.

Tom and the waiter both theorized that it was a smaller charge to begin with but the group probably gave the police the same treatment they had given them. Let’s just hope the girls learned their lesson. But what was the public’s opinion? 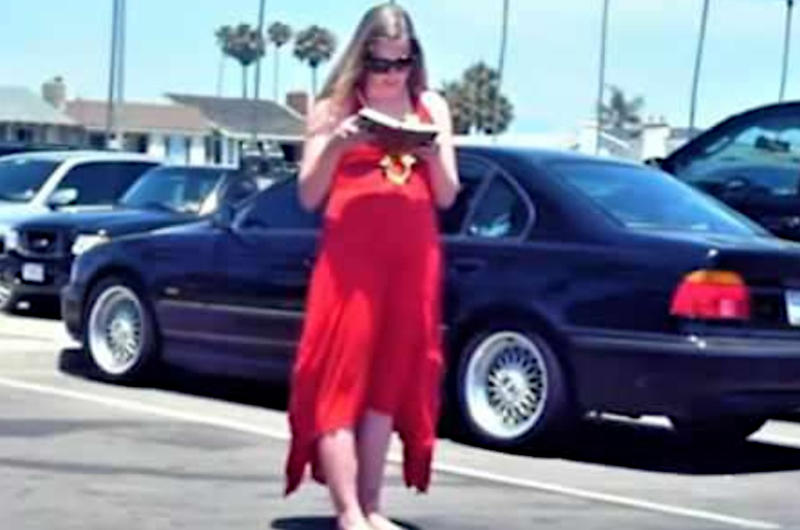 Well, aside from the server saying it was the easiest $40 he had ever made (Tom tipped him another $20 a few days later).

Some people think it was going too far for the “minor” deed of taking a parking space. Others disagreed… 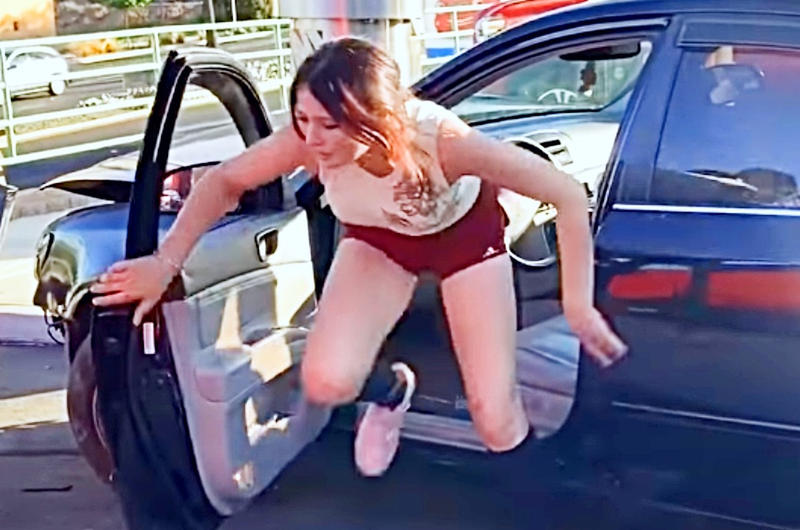 Many voices chimed in, saying it was exactly what they deserved.

There was also one larger point that a few people pointed out. Tom’s revenge might have been simple, but the result was enormous. Without his plan, the group probably would have done something incredibly dangerous. People could have got hurt … or worse. What about Tom? 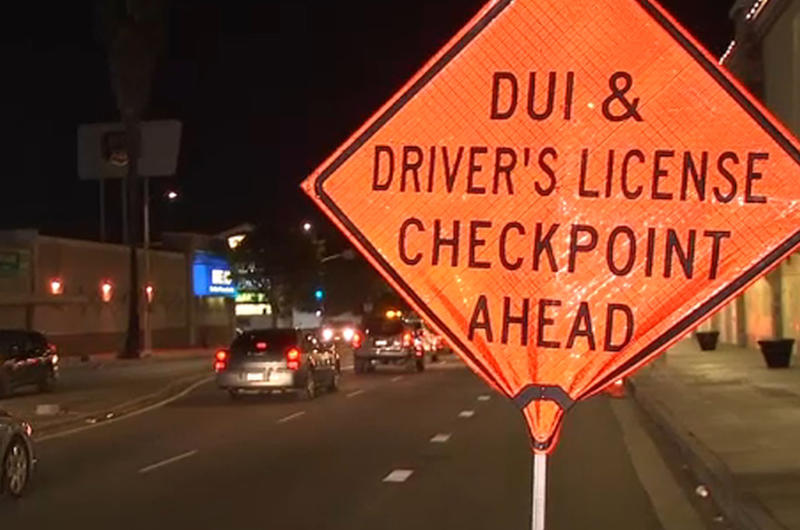 Some question if the story was even true – since they cannot confirm any names, find any police reports, or produce any pictures (we all know that at least someone who would have taken at least one blurry photo).

But does that even matter? There are two lessons here for everyone here. 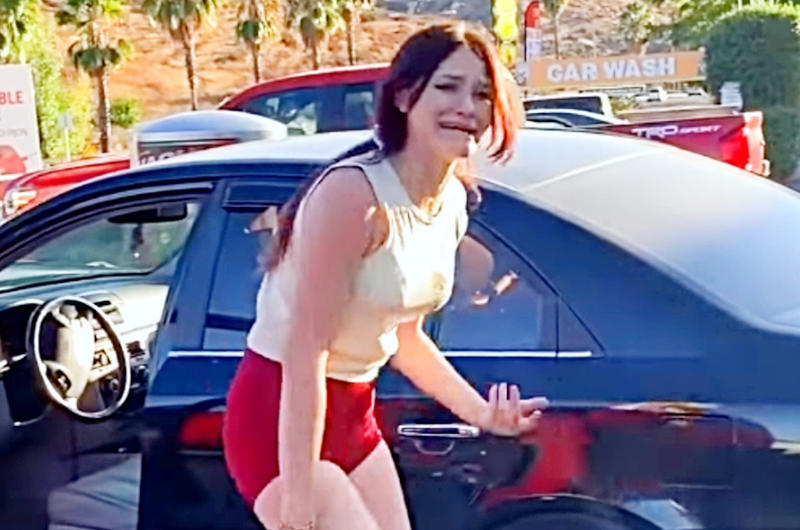 First, never underestimate your elders. It might be cliché, but it’s still true. This can be children to parents or even grown kids with the elderly.

They are often wiser and far cleverer in ways of dealing with problems – not to mention vast past experiences to draw upon. The second lesson? Being a brat will only last so long … then life (or karma, if you believe in such things) will eventually come back and bite you in the bum.

And if you’re really unlucky, that bite could end up as jail time and a spot on the permanent record.