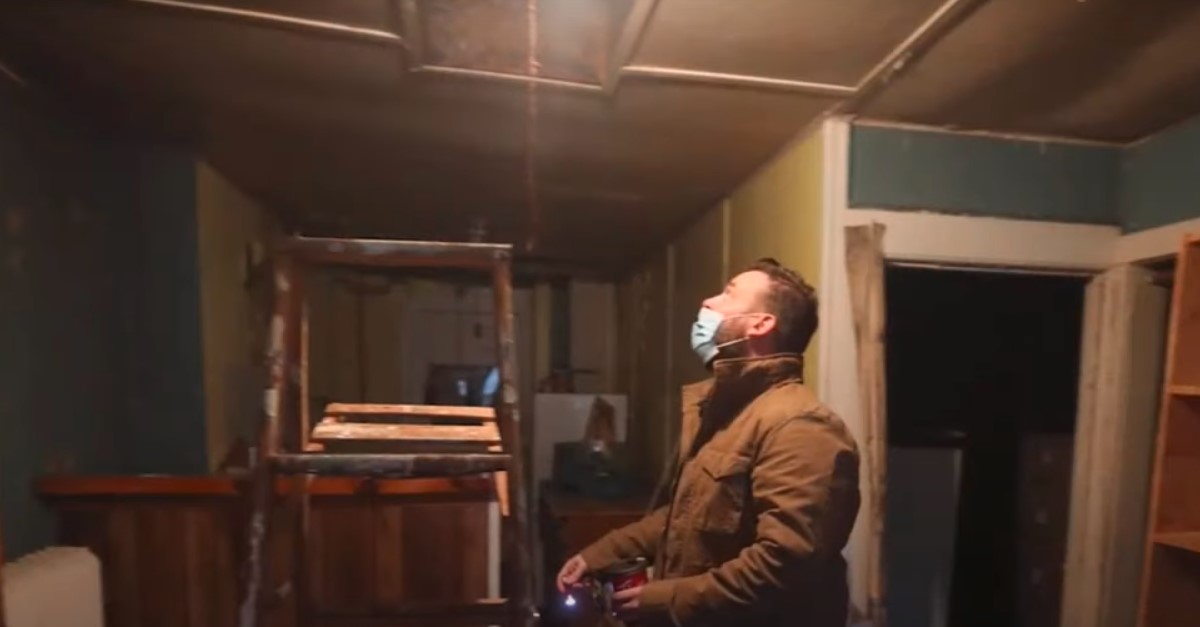 He was looking over the old creaky floorboards when he heard a crash in the distance. He jumped at the sound and decided to go investigate the disturbance from the third floor. He then made the mistake of looking at the ceiling above him.

What he would find in the opening where the ceiling should have been was just the start… The negatives that he’d find hidden away would open a door he would never be able to close.

David Whitcomb was 43 and in a marriage that was starting to fall apart. But on the bright side, his business was doing well. The new building he’d bought for his law practice meant that he was getting so many new clients.

He bought an ancient three-story building that would need a lot of work but was a great base for his business. He would renovate and work on the place himself.

The Building on Seneca Street

The building was in the heart of the old district of Geneva in New York. It was run-down but a had certainly had some history to it.

David wanted to use the first floor for office space and use the extra floors for rent. He was always curious about the history behind the building and its historical significance.

The building wasn’t pretty to look at from the outside. Just row after row of old windows, some cracked and broken.

Growing up David had heard rumors about 37 Seneca Street. He was always fascinated but the neighborhood and couldn’t pass up on the opportunity to buy the building once it went up for sale.

Eleven skinny rivers run between the Pennsylvania border and Lake Ontario. They stretch over the landscape like beautiful roots.

But the Finger Lakes had always been a little strange, Seneca lake always stirred up the wildest stories from the mouths of residents.

Many myths, rumors, and hearsay have made the lake quite the object of intrigue over the years.

This lake is the deepest in the area and has reports of creatures in its depths. But who would have thought that there was something in a building just by the lake?

David would stumble upon the secret completely by accident. He was just showing off his new building to a friend. But while they were walking they’d hear a sound that would lead them to something amazing.

David went to investigate and found that a lightbulb had burst. But then he’d notice much much more.

He noticed a stained ceiling that wasn’t quite right. He then realized that it had a weird join to the top of the wall. Like something was behind it.

David motioned to his friend to come and help in their investigation, “That’s a fake drop ceiling, the wood underneath doesn’t look like the roof.”

From the outside, the building didn’t seem like it had an attic, though. It hadn’t been on the building plans. And yet there it was – sealed over by drywall and lost to time.

they piled up chairs so that they could reach the ceiling to inspect it further. David traced the access panel with his fingers, then he dug his fingernails under the corners and pulled.

David stuck his head inside the space and exclaimed when he saw what was inside. “Oh my God! We’ve just found the Goonies treasure!”

The hidden attic was filled with crates and shipping containers. David caught a glimpse of stacks of gold frames that had been pushed up against the wall. Just what had he stumbled upon?

“We quickly realized all the material was photographs and photography related and repeatedly saw the name J.E. Hale, on photos, boxes, shipping containers, and even found a stack of his mail from approximately the fall of 1916,” David explained later. But who was J.E.Hale? And why had the attic been sealed?

“The organization of the materials was confusing, while it looked like certain pieces had been neatly stacked and organized others were almost thrown here and there,” David later told reporters. But one portrait, in particular, caught his eye.

It was clear from the items that this was a hidden photography studio. As David and his friend fell to their knees and started going through all the items, they came upon something extraordinary.

David was on his hands and knees when he noticed some large pieces of glass on the ground. He scrabbled to pick one up, shone his phone’s flashlight behind it, and immediately stopped.

It was a piece of a glass plate negative. He frantically searched for the other pieces. And he recognized the woman whose image had been burned into the glass. You see, just as the building had attracted David, it had attracted someone else, too.

A Piece Of American History

The Seneca Lake area wasn’t just a hotbed of strange happenings and Native American folklore, it was also the birthplace of the American Women’s Rights Movement. Since 1848, women have had a powerful history in the Finger Lakes Region. The first Women’s Rights Convention was held in Seneca Falls.

What were the chances that what David held in his hands was a piece of American history?

David had found a picture of Susan B. Anthony. What’s more, it was the original negative of one of the most famous photographs of the suffragist, taken a year before she died. The portrait alone has been appraised at between $10,000 and $50,000, and the rest of the collection in the attic is worth around $100,000.

David says: “What’s amazing is that this material sat in this building for over a century, forgotten. Someone just dry-walled over this attic and it was lost to history until we discovered it, and it’s telling a very interesting story.”