As the Academy Awards ceremony approaches, film buffs are scrambling to see this year’s nominated films to form their own opinions on which movies, directors and actors should be taking home the famed gold statuette.

Often, viewers can kill a few birds with one stone — as usual, many of the films nominated for best picture or director this year also feature actors with Oscar nominations for best performance in a lead or supporting role. (In fact, for the first time since 1991, two actors from the same film are up for the same award: Sam Rockwell and Woody Harrelson are competing for best supporting actor for their performances in Three Billboards Outside Ebbing, Missouri.)

Many of the usual suspects in the acting category are present. Awards show staples such as Meryl Streep, Frances McDormand, Denzel Washington and Daniel Day-Lewis have proven their ability to convincingly take on vastly different characters throughout their long careers. Other nominees like Timothée Chalamet and Daniel Kaluuya are newcomers to the awards show circuit with fewer roles in their past that can indicate their range. But there are also nominees who have had lengthy and prominent careers, but who may not first cross your mind for the diversity of their roles.

Here we examine five of this year’s Oscar-nominated actors and their two most divergent roles throughout their careers.

Allison Janney’s turn as Tonya Harding’s harsh and unloving mother LaVona Harding in I, Tonya landed her the first Oscar nomination in her decades-long career. As I, Tonya is told from Tonya Harding’s perspective, LaVona is a monster in the film … even if she’s a monster who made Tonya “a champion.”

Janney is one of few actresses who has not been pigeonholed into only playing comedic or dramatic roles. Though she often plays the role of a mother, from her portrayal of the understanding and protective stepmother in Juno to her current role on CBS’ sitcom Mom, she originally established herself as a household name as C.J. Cregg, the fair but stern press secretary in the presidential television drama The West Wing.

BONUS: The same year The West Wing premiered, Janney stole scenes in 1999’s 10 Things I Hate About You as guidance counselor and aspiring romance novelist Ms. Perky. She even improvised one of her most memorable lines, showing off the comedic chops she now regularly shares on Mom.

Octavia Spencer is best known for her roles as Minnie, the rightfully vengeful maid in The Help, and Dorothy, the determined leader of the African-American women who made up NASA’s West Area Computers in Hidden Figures. She easily shines in supporting roles, consistently bringing humor and energy to her scenes, and her portrayal of talkative cleaning lady Zelda in The Shape of Water is no different.

But she doesn’t always play a firecracker. In The Shack, Spencer takes on an entirely different character as Papa, a physical manifestion of God who wants to help grieving father Mack Phillips forgive his daughter’s murderer and therefore heal. (I know, there’s a lot to unpack there, but you’re just going to have to watch the movie.) She glows with kindness in every scene, showing not even a hint of the impatience or bluntness we’ve grown to expect from her characters.

When the first trailers for I, Tonya came out, it was hard to believe the frizzy-haired ice skater on screen was actually Margot Robbie, an actress who previously focused on roles that played up her natural sex appeal, from novice con artist Jess in Focus to psychotic supervillain Harley Quinn in Suicide Squad. But in I, Tonya, Robbie abandons her polished appearance for a sometimes fiery, sometimes vulnerable performance of the infamous Tonya Harding. Robbie, a first-time nominee, shot the powerful scene below in one take.

Robbie co-starred alongside Leonardo DiCaprio in her first big role, playing the sexy and often rightfully angry second wife of DiCaprio’s sleazy con man Jordan Belfort in The Wolf of Wall Street. In fact, her most memorable scene involves pushing a stiletto against Belfort’s forehead while wearing (ahem) nothing under her skirt, to punish him.

Warning: the clip below gets a little racy at some points … proceed with caution.

2.) Sam Rockwell in ‘Three Billboards Outside Ebbing, Missouri’ vs. ‘Frost/Nixon’

In Three Billboards Outside Ebbing, Missouri, Sam Rockwell is a loud, rude, racist cop whose only apparent redeeming quality is his drive to defend his police chief from criticism. His character’s personality is extreme, and his performance is appropriately showy, yet Rockwell manages to make Jason Dixon a believable character who even gets some redemption by the end of the film (although many critics question whether he deserves it).

Rockwell has acted in blockbusters like the Iron Man franchise, indie films like The Way Way Back and big-name Oscar-nominated films like Frost/Nixon, but he’s never scored Oscar nominations of his own. His characters often don’t resemble each other. In 2002, he starred in Confessions Of A Dangeous Mind as Chuck Barris, a real-life TV game show producer who wrote an autobiography in which he claimed to be a CIA assassin with 33 kills, a character that barely resembles Dixon at all.

BONUS: He also dances. A lot. In fact, he stars in a music video for the electronic duo Flight Facilities. You’re welcome.

1.) Gary Oldman in ‘Darkest Hour’ vs. the Harry Potter franchise

Gary Oldman is expected to take home the Oscar for best actor this year for his portrayal of legendary British Prime Minister Winston Churchill as he decides whether to sign a peace treaty or stand up to Germany as World War II rages. With the help of prosthetics, Oldman disappears so far into the character of Churchill that he’s completely unrecognizable.

Oldman has been nominated for an Oscar once before, for his leading role as George Smiley in 2011’s Tinker Tailor Soldier Spy, but he has never won an Academy Award in his decades-long career. His most prominent role is arguably as Harry Potter’s godfather Sirius Black, who first appeared in the third film and left fans heartbroken when (spoiler alert!) he died soon in the fifth installment – but you probably won’t be able to recognize the Churchill Gary Oldman in him at all.

Which acting nominee this year impressed you most with their range of roles? Let us know in the comments below!

What Were They Thinking?! Biggest Celebrity Fashion Fails of All Time 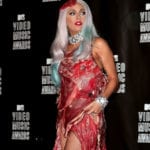 85 Memes for All Who Hate This Virus