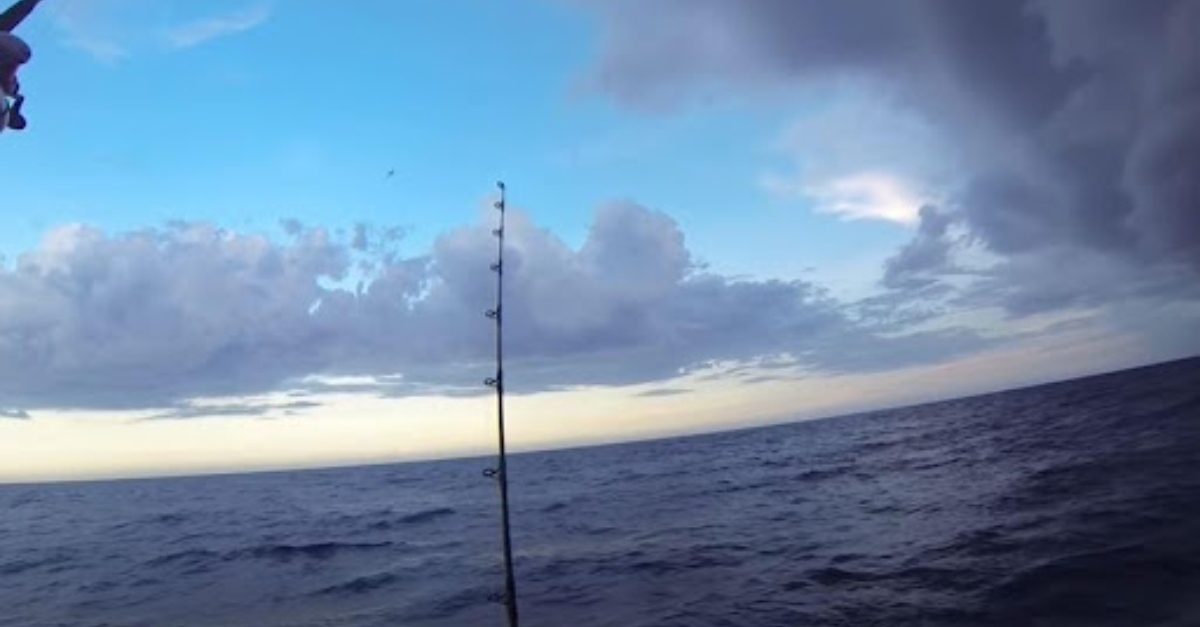 A cold wind mixed with raindrops blew on the back of Julian’s neck as he took a deep breath and jumped into the wild sea. Something was preventing their boat from moving, and they couldn’t waste any time. The storm was about to start any second.

Suddenly, one of the fishermen spotted a fin one meter away from the boat. He shouted to him, but it was too late. Julian was already deep down in the water.

Julian Dunngio was an experienced diver who worked and lived in Gorontalo, Indonesia. This region is home to whale sharks, spinner dolphins, pilot whales, and many other unique sea creatures. With less than 10% of ocean species classified, visitors are bound to come across unknown sea creatures.

Every day, Julian took tourists out on the water and explored marine life with them. Watching wild creatures roam the oceans had a calming effect on him. Being a naturally curious person, he loved trying new activities. One day, instead of leading a diving tour, he joined a fishing expedition. He had no idea how this decision would change his life.

After about one hour of being on the water, Julian and the rest of the group noticed big dark clouds coming their way. He had just checked the weather forecast before joining the trip, and it was supposed to be clear and sunny.

No one except Julian had brought rain gear with them, and fishing without it was nearly impossible. The group decided it was best to go back to the shore. Suddenly, they heard a loud noise coming from beneath the boat.

Something Was Blocking The Way

Julian looked down and spotted something large floating under the boat. He couldn’t tell what it was, but it immediately sparked his interest. The creature was barely moving, but it was large and heavy enough to slow down the boat.

The rain started to drizzle as Julian prepared to jump in and find out what kind of animal he had crossed paths with this time. Others tried to stop him, but Julian’s curiosity got the best of him. He wasn’t prepared for what he saw underneath the boat.

As soon as Julian jumped in the water, one of the fishermen spotted a fin right next to the boat. His stomach was in knots as he shouted for the diver to come back.

In the meantime, Julian was already underwater. In front of him was a 20-feet long orca. Something was very wrong with the animal, and Julian decided to get a closer look at it. If only he knew what he was in for.

The Orca Was Stuck

The orca was wrapped around in fishing lines from the boat and could barely move. It was visible the animal was under a lot of stress, and Julian wanted to help it.

He fearlessly grabbed one of the fishing lines and tried to remove it from the orca. Suddenly, the animal snapped its jaw threateningly, almost catching Julian’s hand. He immediately moved away, but it was too late.

The orca began rocking side to side in an attempt to threaten Julian, causing the fishing boat to rock as well. He swam up to the surface to hear everyone shouting his name. They were relieved to see him alive, but now everyone was in immense danger.

The rain had just started, and the waves were growing bigger and bigger. Worst of all, the boat was at risk of flipping over. They were running out of time.

Julian knew he couldn’t free the orca on his own and called a few other men to help him out. The only way to put it to an end was to team together and unwrap the fishing lines from the animal.

The four men started working together and removing each fishing line one by one. The orca began blowing water in an attempt to scare them away. The sudden water waves made it hard for them to see anything. One wrong move, and it would be over. Then, the unthinkable happened.

This was the first time in Julian’s life when he felt absolutely helpless. He knew a lot about orcas, and when they are stressed, they are capable of anything. The clock was ticking, and the weather was getting worse.

He needed to come up with a plan to calm the orca down so that they could unknot all the fishing lines. Julian glanced at the fin, and the first thought that came to his mind was to pet it. Would he regret it?

Julian started petting the orca’s fin and speaking calmly to it. He didn’t know what else he could do at the moment and doubted it would even work. Then, to everyone’s big surprise, the orca stopped moving.

Julian kept petting the orca’s fin while the rest of the men continued removing the fishing lines from its body. But even after all the fishing ties were removed, the orca was still there. Something didn’t feel right.

The orca was now free to go, but it wasn’t moving at all for some reason. Julian felt torn. On the one hand, they needed to get back to the shore to escape the storm, but on the other hand, he desperately wanted to help the animal. He had gone such a long way already and didn’t want to give up now.

Now that the orca wasn’t preventing the boat from moving, people wanted to go back. So Julian decided to try one more thing. He grabbed a massive stick from the back of the fishing boat and pushed the orca with it. What happened next left him speechless.

The Orca Was Free To Go

Julian was afraid that something had happened to the orca in the process, and it could no longer move. But, after he gently pushed the animal with the stick, he saw its tail slowly moving, and soon the orca was moving its entire body.

Julian felt overwhelmingly happy, but they still had a long way to go. Would they make it back safe?

Julian and the rest of the group made it back just before the thunder hit the area. This brave diver showed that even the most dangerous situations can be resolved with strategic thinking.

Julian and the owner of the fishing boat, Anshar Rahman, were later interviewed by the media. “If someone kills a strange animal in the sea, he and his family will live in bad luck. This is our ancestor’s message. Lots of evidence,” said Anshar Rahman. But this was only the beginning for Julian. Soon, the video of him helping the orca went viral.

Someone on the boat had recorded Julian untangling the fishing lines from the orca, and the video was noticed by Whale Stranding Indonesia. They uploaded it to their Facebook profile, explaining how the brave diver helped the animal.

“The fishers chose to rip their fishing net (and thus lost the two tonnes of fish they had caught earlier) to rescue the orca,” the post said. People from all over the world were praising the diver. Julian used this opportunity to share an important message.

Not So Killer After All

Orcas, also known as killer whales, are the largest members of the oceanic dolphin family. They are majestic creatures that are also super fast. The average speed of an orca can reach up to 56 km/h.

While they certainly look intimidating and dangerous, Julian hopes his story will change people’s opinions on them. In fact, they even share some similarities to humans. According to one recent study that used drones to record orcas, it appears they also have “close friendships.” Orcas prefer to interact with others of the same age and sex as them.