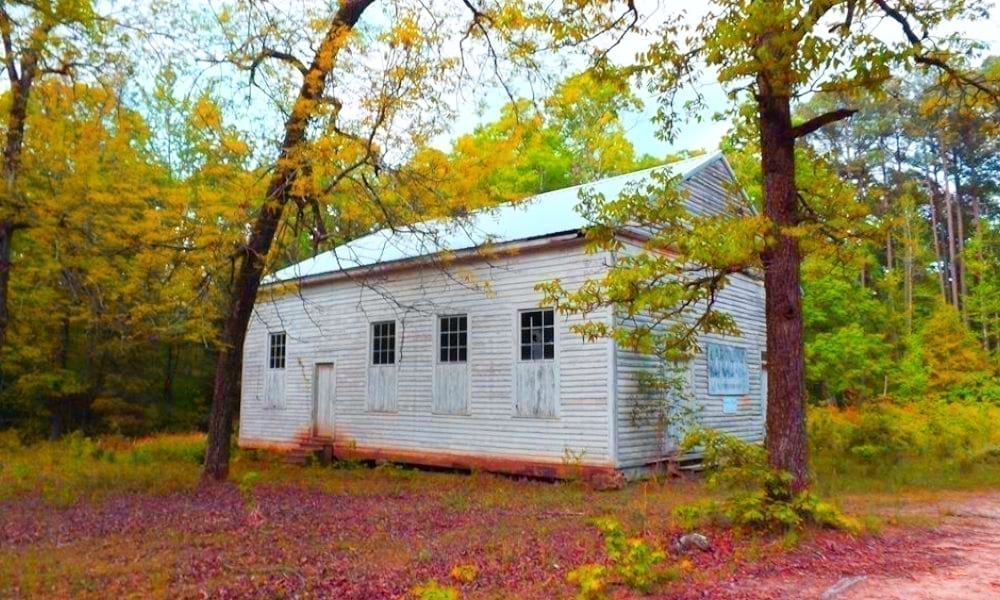 It seemed like just a routine demolition for the crew. But as the crane readied the wrecking ball to swing at the old house, the operator suddenly heard screaming.

A worker on the ground was waving his arms for him to stop, but the lever had already been pulled. The operator’s eyes widened when he realized what he’d done.

As the demolition team checked their schedule for the day, it looked like a simple job of knocking down an old house in Prescott’s Greenlawn Avenue, Arkansas. According to the foreman, they may even be able to break away early for lunch.

But that morning was the beginning of a very long day for the workers – one that would reveal a host of dark secrets about the area.

The house due to be demolished was sat on the Prairie D’Ane, a stretch of land first colonized by the French that sprawled for 20 miles. It wasn’t unusual for the wrecking crew to get called for jobs like this as the once-bustling town was now home to fewer than 4,000 people.

But never before had they been asked to tear down a building that contained artifacts predating Prescott itself; they had no idea that’s exactly what they were about to do.

Prescott sat 100 miles outside of Little Rock, Arkansas’ capital. The pro-slavery state had seceded from the US and joined the Confederate States of America. The Battle of Prairie D’Ane commenced on April 9, 1864, ending in Union victory.

But no one knew that something had been left behind, and it was firmly in the sights of a wrecking ball being steadily yanked up on its chain.

After the war, Prescott was officially charted and plans were made to transform the town into a bustling city.

It soon became a governmental and legal hub. A railway line was commissioned and a thriving timber industry put the town on the map – something that would later confuse researchers as they attempted to trace the origins of the old house.

What the crew didn’t know is that the house’s original owners – now long gone – had witnessed an atrocity. An important piece of history from that day had been hidden inside the house – and had they known, archeologists would be tearing their hair out to get at it.

Clues to Prescott’s dark past had been hidden away inside the house for centuries – and they were about to be smashed to smithereens.

To be fair to the workers, there was very little reason to suspect this little house was worth anything. Due to the town’s dwindling population, many buildings like this were being demolished.

In fact, they were surprised the creepy looking property hadn’t been torn down years ago. If only they had taken a look inside before powering up the crane.

When the team got their orders, they didn’t tend to question them.

However, having an interest in the local area and its heritage, the crane operator wondered who had lived in the house and what they might have seen. But that promise of an early lunch became too tempting to waste idling any longer. He threw the lever to take the house down.

As his colleague did the heavy lifting, another worker noticed something inside the house reflecting the sunlight streaming down through the trees. But before he could get a closer look, the crane roared into action.

“Wait!” screamed the worker, waving his arms. “There’s something inside the house!” But the ball was already hurtling towards the house.

The wrecking ball crashed into the side of the house. Seeing his colleague, the operator acted quickly to stop it from taking another hit. Moving in to assess the damage, the team found that inside the house… stood another house!

The property they had been assigned to demolish had been built around another, much older cabin. History experts were called in to investigate, and what they found was astounding. The cabin didn’t belong in Greenlawn Avenue at all.

House On The Hill

Local documents revealed the cabin had belonged to a man named John Vaughn, but records showed his land was on Miller Hill several miles away – right next to the Prairie D’Ane battlefield. The cabin is thought to have been moved between 1933 and 1955.

The wrecking crew was about to destroy a house whose inhabitants may actually have witnessed the famous Civil War battle – making it older than the town itself. But a dispute over the ownership of the house cast doubt on its future.

Fortunately, a generous benefactor offered to pay for the cabin so that it could be moved to a museum. Locals were thrilled that the cabin survived the demolition and that only the outer boards of the house built around it were damaged. “It’s in magnificent condition,” one local Facebook user remarked, highlighting the square nails that showed its true age. “Now, this is news I love seeing, the history in our country,” another said. “Thank you for saving this building. It is a wonderful piece of history that will live on.”

From old cabins to enormous beehives, will these poor workers ever stop finding such shocking things on the job?