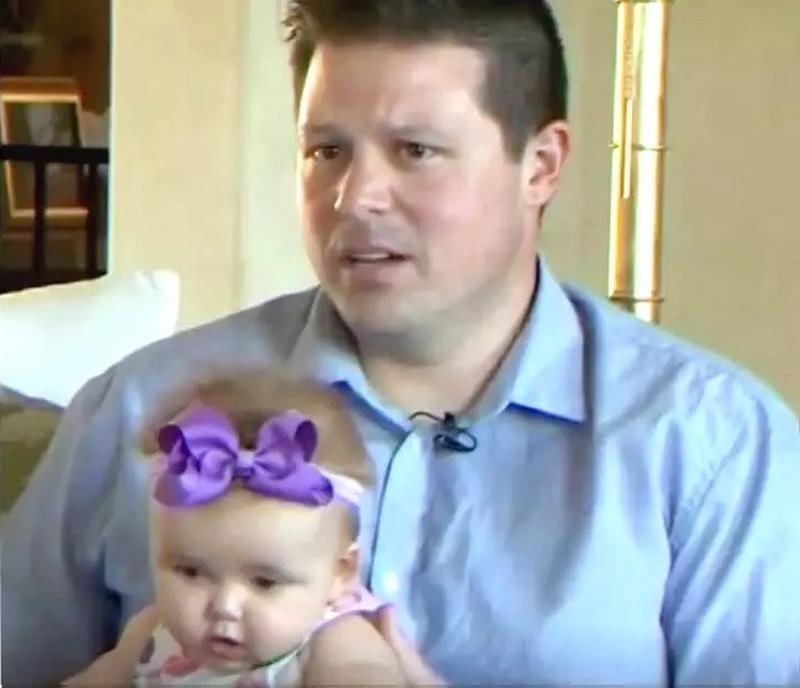 At first, he didn’t know if he had heard it correctly. Working on the police force for so many years never could have prepared him for this.

He was working the beat just like any other day. But then he realized that this wasn’t any normal day. He had to be ready for it.

Officer On The Beat

Officer Jesse Witten started his shift like any other day. He had been working for the Santa Rosa Police department for 10 long years and thought that he had seen it all.

One day in 2017, he heard the call on his police radio, a homeless woman had called 911 and he was being dispatched to the scene. When he got there it was clear the woman had a history of addiction, but there was something else.

The woman told him that she was pregnant. Jesse couldn’t imagine what it would be like for a young child on the streets. He didn’t want that life for anyone.

He decided that he would do what was necessary to help this woman. He first needed to get her to a better place.

Doing The Best He Could

He personally drove the woman to a shelter and after getting home he told his wife about what had happened. He told her that he wished there was more he could have done.

Ashley, his wife, told him to maybe look out for the woman on his normal patrols. She was easy to find since there weren’t too many homeless people in Santa Rosa.

Jesse would stop his car every time he saw the woman on the street. They would chat and laugh. One day the woman would mention her two children, and how much she missed them.

Jesse cared for these children because he had actually met them when he volunteered at a foster camp.

“I knew her [other] two children from the camp I had worked at for foster youth,” recalls Jesse. “When she started talking about them, I had an immediate connection with her just by knowing who her wonderful children were.”

He would help her more than ever now. Then one day his wife was with him on a ride-along when he noticed the woman again. His wife started talking to her for the first time.

The woman took Ashley’s hand and placed it on her womb to let her feel the baby. It was a heartwarming moment that deepened the connection between the woman and the couple.

Ashley felt proud of her husband for trying to take care of this woman and improve her circumstances. But then one day, something happened that made them both worry if it had all been for nothing.

One day, Jesse found the woman in very bad shape. It was clear that she had relapsed, so he drove her to a detox and rehabilitation facility.

It broke his heart to see her like that, but he knew how hard it was for a person in her situation to get clean. After he dropped her off, he didn’t see or hear from her for months. He hoped she was staying on track. Then in February, he got an unexpected call.

The Call That Changed Everything

On February 9th, Jesse and Ashley were at a Valentine’s Day party when he got a call from county officials. They told him the homeless woman was at the hospital and had just given birth.

They said she had asked for him. Surprised and intrigued, Jesse and Ashley drove to the hospital, where the woman told the officer why she had called for him.

At the hospital, county officials told Jesse the woman’s baby qualified for emergency placement in foster care given that the woman was homeless and the baby had been born with substances in her system.

But when the woman was asked if this was what she wanted, she instead asked them to call Jesse. It appeared she wanted him and Ashley to adopt the child. And when he went in to talk to her, she confirmed it.

A Better Life For Her Daughter

“I knew you had daughters. I knew you were firm, but you were fair,” the woman told Jesse. He was blindsided, but he continued to listen to her.

“She had this vision of her daughter playing in tutus with her sisters. That’s what she said she wanted,” he explains. It was a big decision for him and Ashley to make. But when they met the baby, the answer was clear.

“She’s so adorable,” said Jesse of the newborn girl. “She will cry if she needs something, obviously as babies do, but as soon as we would touch her, she’d immediately stop crying. She knew right away that she was safe.”

It was clear from that moment that this was meant to be, so they accepted the woman’s request to adopt the child. But the transition would not be easy.

Given that she had been born with substances in her system, the baby had to stay in the hospital for weeks while she overcame a series of health challenges. But she was strong, and she was able to recover.

The next hurdle would be to make the adoption official. It took months of paperwork and court appearances but finally, in August of this year, the baby became a Whitten. But that didn’t mean her birth mother was forgotten.

They also visited the woman several times throughout the adoption process. “We were talking and –– I was saying to her — ‘You made this choice for her and that we are so grateful,’” remembers Ashley. “And she said — ‘You’re her mother now.’” And the Whittens hope to help more children in the future.

Although they have no plans to adopt any more children, Jesse and Ashley want to continue working with and advocating for foster children. “Through our experience, we are so sure that no child is broken and they don’t need us to fix them,” said Ashley. “They just need love.”

Meanwhile, the Santa Rosa Police Department congratulated the family on their Facebook page. “Ofc. Whitten, the proud father of three girls already, opened his heart and his home to this baby. And now it’s official!” they wrote. But would the poor homeless woman’s circumstances improve?