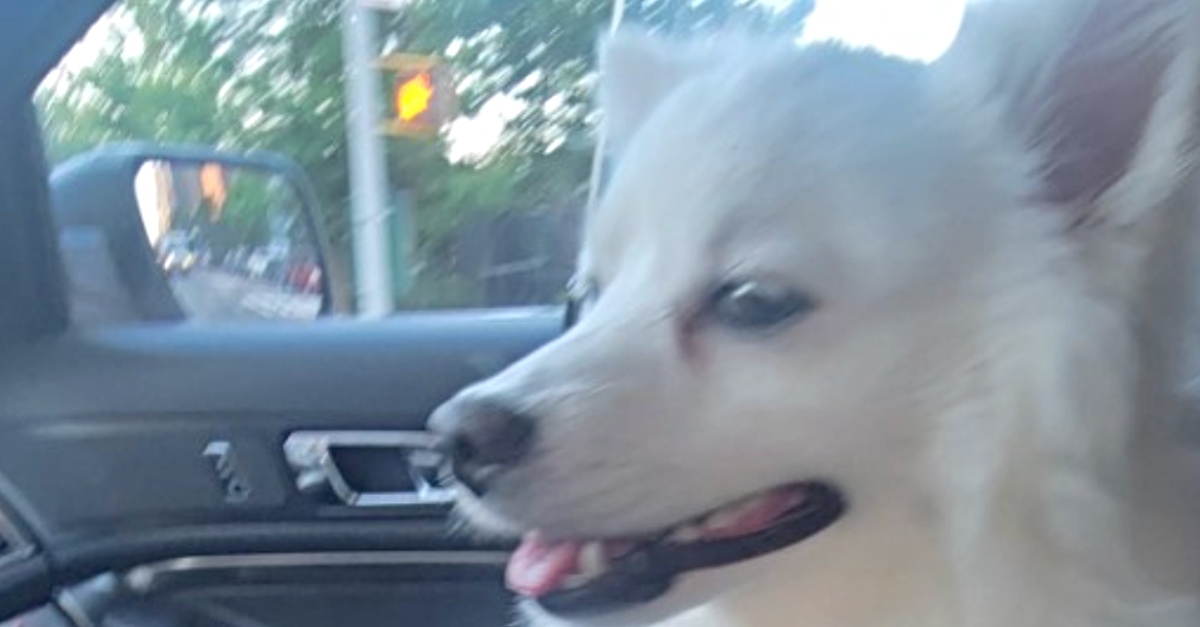 The summer heat felt unbearable in the middle of the day. Some New York residents were walking by when they noticed a dog locked in a car. They decided to wait by the car for when the owner made an appearance.

Their waiting turned to calling the police for assistance. The officers arrived and assessed the situation. The dog’s life was in danger so they have to act fast.

The Job She Chose

Officer Aruna Maharaj of NYPD 19th Precinct had spent over half a year living alone after breaking up with her long-term boyfriend. It wasn’t easy for her, and she had decided to focus on her needs and heal.

She knew her career choice involved putting her life on the line daily and that it would be difficult, but she also found it fulfilling. As much as she loved her job, there were still situations she found herself in that left their mark on her soul. There were situations she didn’t recover from so quickly.

No One Was Coming

Residents from nearby 88th Street near Third Avenue spotted a car. Upon closer inspection, they saw there was a dog locked inside. It was a day in June, and they hoped the owner would hurry back.

Their hopes did not become real. They knew it was up to them to do something when they realized no one was coming for the dog.

They all gathered closer to the car to better understand what they were dealing with. They started brainstorming what they could do.

They couldn’t do much and decided to wait. They realized they were waiting for no one after two hours and decided to call emergency services. They prayed that they would hurry to save the animal.

Officer Aruna Maharaj of NYPD 19th Precinct had been the one to be dispatched after the worried residents made the call. She had been the closest to the scene.

Her partner accompanied her to the scene. They hurried, worrying that they were running out of time, and were left speechless when their eyes took in the situation.

As soon as they arrived, the worrying crowd told them that the poor dog had already been in there for over two hours.

They had arrived to see a distressed pup wanting out. The weather was warm at mid-80s Fahrenheit, and the officers knew that a mere 10 minutes would push that temperature to 102 degrees. The odds were not looking great.

There was no wasting time for the officers. They had to do something quickly before time ran out for the poor dog.

The crowd had grown while the officers tried to break through the car windows. They had to be cautious when they pulled the dog out of the car, but they were wondering if it was okay. Had they been too late?

The two officers had retrieved the dog, but they wondered if it was indeed a success given the state the dog was in. It was wobbling in its weakened state.

Maharaj and her partner were still working against the clock to help the dog and luckily found some water for the dog. They worried about what else they could do.

There were cheers when people saw the dog had made it out of the car, all of them happy to see that it had escaped the heat.

The inside of the car felt like the inside of an oven. The dog would not have survived if it had stayed there any longer. The dog was still in a bad way, and the officers needed to figure out their next steps – fast.

Everyone who witnessed the operation thought the dog was saved. But they couldn’t be more wrong. There was still a long road ahead.

The dog’s recovery was not guaranteed. It had stayed a long time in the hot car, and the cops were reserved. But Aruna didn’t want to give up on the pooch, and her next actions surprised everyone.

From there, the poor dog was taken to the American Society for the Prevention of Cruelty to Animals (ASPCA), where it would stay and be cared for until he found a new home.

They realized it was a male but didn’t have any tags. They treated him all while officer Aruna Maharaj checked on him often to see how he was doing. The dog recovered well, and a new life awaited him.

Looking For A New Home

The dog’s ordeal was finally over. The quick action of officer Aruna Maharaj and her partner ensured a successful operation. The pooch’s life was saved just in time.

Now it was time to look for a new home for the dog. Luckily, he didn’t have to wait very long at all. Someone was waiting for him all this time.

The new owner who adopted the pooch was none other than officer Aruna Maharaj, the one who saved him from the locked car. It was as if fate brought them together.

The woman was very happy to take him home, and the dog was even more excited when he realized he would go home with the one who rescued him.

Aruna Maharaj, one of the officers who helped rescue the dog, decided that her home would be the perfect place for this sweet, fluffy guy.

“This pup will never be neglected again!” the NYPD 19th Precinct said on Twitter. “A month ago, this sweet doggo was rescued after his owner left him in his hot locked car for hours; yesterday, one of its rescuers, Officer Maharaj, adopted him! Thank you, @ASPCA, for taking such good care of this lucky pup!”

The post quickly went viral, and everyone was in tears of joy when reading the wonderful story of the rescue.

People were glad that these NYPD officers were able to save the sweet boy in time, and they couldn’t be happier that one of his rescuers just so happened to be the perfect person to be his new mom.