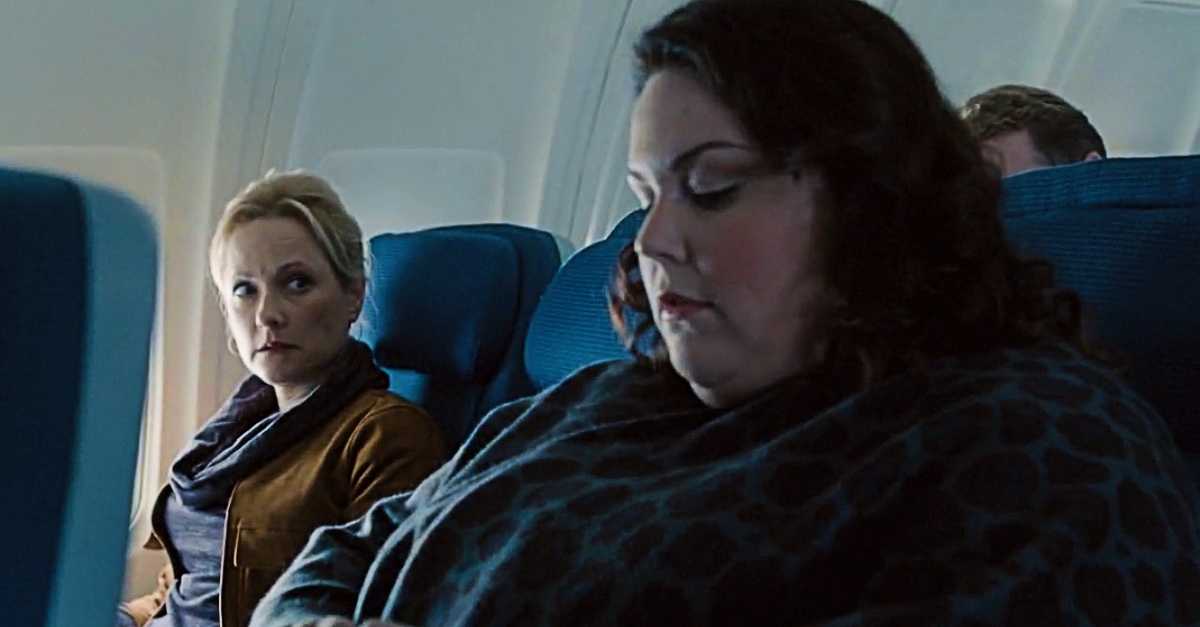 Her plan was to book two seats so that she wouldn’t impose on anyone. But as the plane filled up, she watched a man walk straight toward her and sit down next to her.

She quickly tried to explain why he couldn’t sit there, but he refused to listen, insisting that he wanted to sit next to his girlfriend. She wondered if she was the bad person for wanting him to leave.

In the world we live in today, there is a slew of travel options for anyone who wants to visit a different place on the other side of the globe. There are simple modes of travel such as walking and riding a bike, and then there are more complex ones, like flying.

While a lot of people enjoy the plane ride, others find it uncomfortable for many different reasons. Cara was one of these people and she had a good reason for it.

Cara Bennington was an ordinary, twenty-seven-year-old woman born and raised in Brooklyn, New York. She had always been hardworking, and because of this, she managed to become a lawyer in one of the best law firms in the city. Cara was living her best life.

But even though things were going great for her, Cara still struggled with one issue. She was battling a terrible disease – obesity.

During her earlier twenties, Cara’s fight against obesity started. Following that, the majority of her adult life was spent working hard to beat this disease.

It was difficult for her. Living with obesity meant that she would have to tailor everything around her to accommodate her size and weight. This did not exclude her traveling style while in public. Hers was unlike other people’s.

There was nothing she disliked more than traveling by public transportation. But sometimes, she would have to do it anyway. When she did, she would take necessary precautions to ensure that her size wouldn’t impose on anyone else. She didn’t want to make others feel uncomfortable.

She would usually pay for an extra seat while traveling on planes. She did this to avoid weird looks. But one fateful day, the one thing she had tried so hard to avoid came barreling toward her.

It was a sunny Monday morning and Cara was flying out to Miami to meet with a client. She was nervously excited. If all went well, this meeting would open several doors for her professional career and she was overjoyed at the thought of it.

As usual, she was flying out on her own and decided to buy two seats next to one another and boarded her plane. But she had no idea how horrible this flight would be.

Years prior, Cara had had a particularly nasty encounter with a man on a flight, and since then, she had decided to always book two seats on any flight. She did fit on her seat, but her sides kept touching the man and he wasn’t shy about verbally airing out his thoughts.

After that encounter, she rarely flew on her own. Most of the time a friend, family member, or her boyfriend would fly with her. But this was for a business trip and she had to do it all alone.

After walking into the plane, she settled into her seat which was the furthest in a row of three. She expected the next passenger to take the other seat and to leave the one in between them empty.

Just a few minutes after she had settled in, a beautiful young woman came and sat on the furthest seat. Cara was relieved, she knew that a fellow woman wouldn’t make her feel uncomfortable. But just then, a man appeared.

The man smiled at the beautiful lady, and Cara could tell they knew each other. He told the woman that his seat was farther back, but then his eyes settled on the seat between her and Cara.

Cara had put the armrest between her seat and the middle seat up for comfort, but then the man reached over and lowered it. She had to stop herself from giving the man a nasty look. She knew that what she was trying to prevent was about to happen.

The man stepped over and sat down on the middle seat, ignoring Cara who shot him a look. He acted casual, not even acknowledging what he was doing to Cara. He shrugged and turned his attention to the beautiful lady.

The plane soon began its ascent into the air, and just after that, the most dreadful part of Cara’s experience began.

The plane wasn’t in the air for ten minutes when Cara felt her sides touching the man. He even pushed against her when she tried to sight upright to allow him more room.

Cara had worked so hard to ensure her flight was comfortable. Despite how expensive it was, she paid for the extra seat and had hoped to have a quiet flight to her business meeting. Would she tell the man to leave?

Is She The Bad Person Here?

Cara wondered if she’d be the bad person in a situation where she told the man to leave. She’d deduced that he was the other lady’s boyfriend and understood they wanted to be together. But why were they doing it at her expense?

Feeling incredibly uncomfortable, she asked the man if he could go to his seat because she’d bought the middle one for her comfort. His answer would leave her speechless.

The man said he wasn’t leaving, adding that the seat was empty and he wanted to sit next to his girlfriend. “I told him I understood where he was coming from but he needed to go,” shared Cara in her post on social media.

“But he insisted on staying because, according to him, the seat was empty regardless of where I paid for it or not.” Everything would only escalate from there.

Cara explained to the man that she paid for the middle seat so that such an occurrence wouldn’t happen. But all her pleas fell on deaf ears.

She’d expected the man’s girlfriend to at least step in and diffuse the situation, but the lady kept quiet throughout the ordeal, seemingly waiting for Cara to give up. But something would happen that would set everything right.

As luck would have it, a flight attendant noticed the commotion coming from Cara’s row and rushed over. Cara quickly explained herself, and the attendant fell into action.

She asked the guy to leave, giving him a long nasty look that would’ve vaporized any person’s insides. The man sprang to his feet and hurried away. The rest of the flight would be a breeze for Cara, who deserved that middle seat, in all fairness.