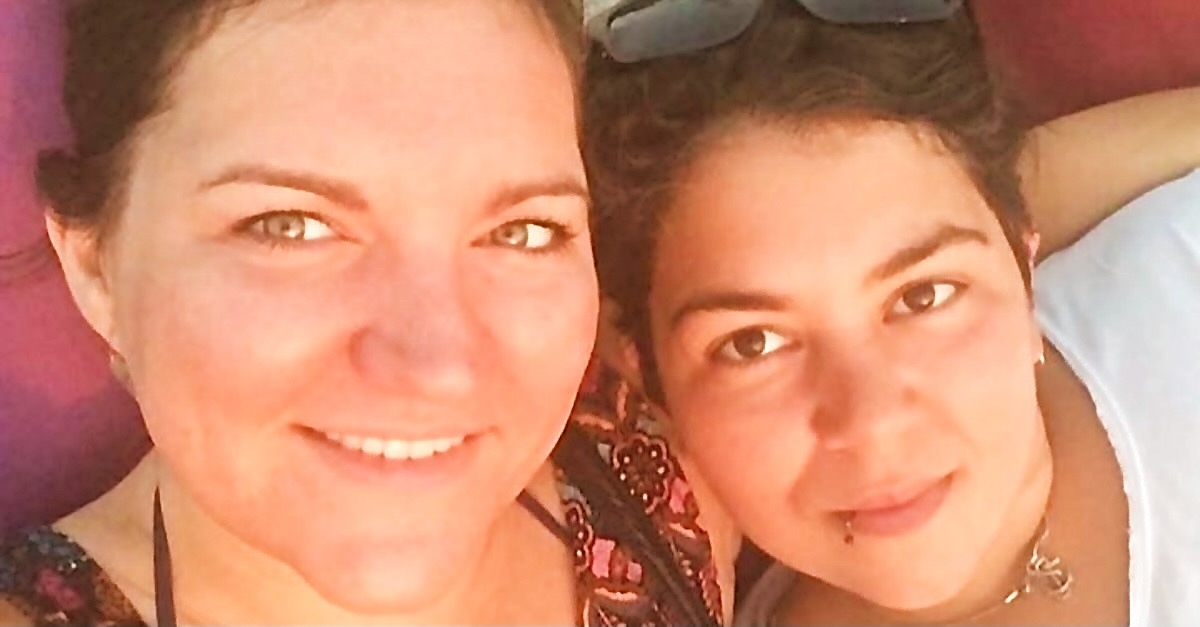 To her, she had done a good deed and she was not expecting any bad consequences to come from it. She left the basket of apples at her front door, encouraging anyone to take from the basket

Surely that wasn’t wrong or illegal for her to do, right? But according to local authorities, it was. She was forced to pay a massive fine because of something she had done from the kindness of her heart.

Would you consider yourself a gardener? For some, it’s a way to pass time, but for others, it’s a passion. And if you’re lucky enough to be the neighbor of someone with a lovely vegetable garden, they are usually happy to share their spare food.

Think tomatoes, butternut, zucchinis. It’s a good way to form a solid friendship with a neighbor, especially when you have more than you can use by yourself.

This is exactly what Lydia Farrell, a nurse from London, thought. She had a massive and healthy apple tree in her yard that produced more fruits than she and her partner could even dream of using.

Lydia knew exactly what to do about that. She decided to share the apples with her neighbors, placing them in a basket at her front door, encouraging anyone to take them from the basket. But little did Lydia know that the Ealing council, West London, had other plans for her.

Lydia had been into gardening for a few years at this point. She had more than just the apple tree in her yard, she also had pears and cherries.

She had a passion for it. She loved everything her garden had to offer, from carrots to potatoes and leeks, she loved everything about it. She also wanted to grow some tomatoes but the UK definitely didn’t have enough sun for them to thrive. Because of this, it was difficult to get a decent harvest.

There Was One Problem

So for now, she was sticking to her carrots, potatoes, leeks, pears, cherries, and pears and they were all thriving. But apples and potatoes were certainly the most proliferous in her garden.

Lydia and her partner, Nathan, loved cooking with their fresh produce, and whenever they had anything left, they would hand them out to their friends. But there was one problem.

There Was Way Too Much

There are only so many different ways to have your apples. You can eat them as they are, making a good apple sauce, you could bake them into treats, or you could make them into a lovely cider.

But they were still left with a ton of spare apples. They had given their friends so many apples that even they didn’t know what to do with them anymore. Lydia and Nathan had to come up with a new solution to their problem because they hated wasting good food

Lydia decided that their best option was to place some of the apples into a basket at their front door, encouraging the people from their neighborhood to take as they pleased.

But she never could have expected the outcome. How was she to know that the local council wouldn’t take this kind gesture and that she would have to face some horrible consequences?

A common meme on the internet makes fun of how dumb some British laws are. The theme of these memes is that Brits are oddly obsessed with bureaucratic processes and wanted licenses for the strangest of things.

In what other country do you need a license to have a television inside of your property? It’s ridiculous! But besides televisions, there are many other incomprehensible laws.

Did you know that since 1939, it has been illegal for anyone to carry a plank of wood along a pavement? Another weird law bans “handling a salmon in suspicious circumstances.” Which is kind of funny!

You’re also not allowed to let your dog mate with a dog belonging to the royal family. Lydia didn’t break any of those laws, but she did break another ridiculous law.

Instead of seeing Lydia’s kind gesture for what it was, the council saw it as her leaving litter and trash on the streets because of the baskets and boxes that the apples were placed inside of.

Because of this, Lydia woke up one morning and checked her mail. She had a letter from the council and it stated that she had to pay a fine of £150, that is, about $200.

She was really bummed by this. Had she really done something wrong? The apples were placed on the stairs by her door. Technically, they weren’t even on the street.

And even if that were so, they were just some apples with a sign saying “FREE EATING APPLES!”. It was a present for her neighbors, not something she was leaving there to rot. So she decided to do something.

She shared her story and disappointment with the council’s actions on her Facebook page. This is what she said:

“Feeling disheartened… the council has fined us £150 for “fly-tipping” because we’ve been leaving free apples outside our house in cardboard boxes (because people were taking the pots!) A good deed unfortunately gone wrong.”

For the record, “fly-tipping” is defined as “the illegal deposit of any waste onto land that does not have a license to accept it.” The definition of “waste” and whether it applies to Lydia’s apples may be problematic.

But when one knows Lydia’s intentions, it’s easy to see that this is not akin to just throwing some spoiled apples on the street; she was just giving them away. And this wouldn’t be the only disappointment Lydia had to face.

To Add Insult To Injury

“Just very disheartened. Especially when I have to walk past all the real fly-tipping every day at the end of my road. We’d been away for a few days, and not only did we come home to that fine, but also someone had forced entry into our back garden and broken our fence.”

“So two real crimes committed by other people, and I’m the only one who gets fined. I just felt it was quite sad that the council would fine me for doing a good deed,” she said. But she would get some good news a few days later.

Her Facebook post went viral just a few hours after she posted it. People were raving about the ridiculousness of the council’s fine. Soon, the council withdrew the fine and apologized to Lydia.

She updated her Facebook post informing about it and added: “I’ll keep sharing my apples but maybe fix them to my wall somehow next time. And we now have some passion fruit growing!”