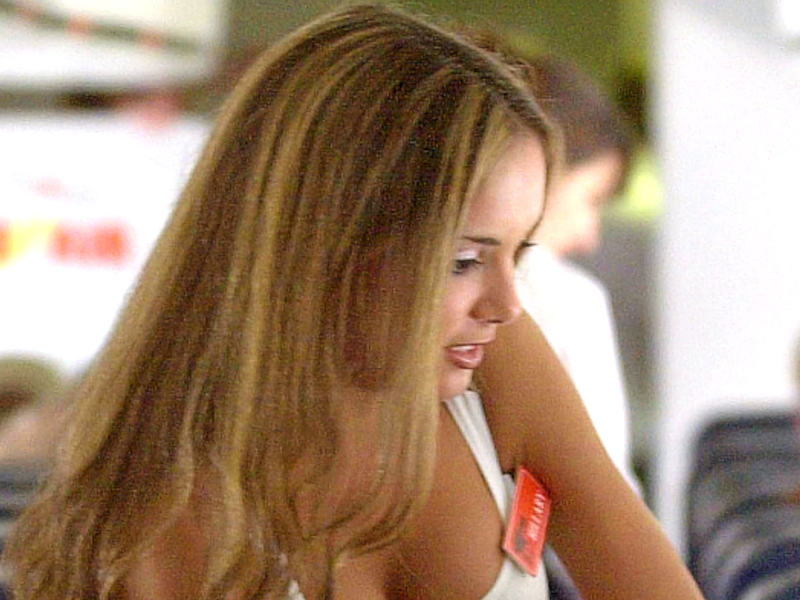 There’s a lot that goes on behind the scenes on airplanes.

Some flight attendants have come forward to share their stories and warn people about what is really going on. Some of which may have you reaching for the hand sanitizer and bathing in it. One big one includes the water and coffee pots.

Everyone knows the oxygen masks that drop down in emergencies.

But what people aren’t told is that there is only enough for 15-20 minutes. So, you better hope the problem is resolved before then.

It might not be for any useful reason, but they do pay attention to how passengers are dressed.

If someone puts in a little effort versus someone who looks like they threw on ratty sweatpants that have been on the floor for two weeks… they take stock.

The Truth About Meals

Even though the meals look generally healthy, flight attendants are told, during training, the hard truth about what they’re handing out.

The means are so loaded with salt, sugar, fat, and simple carb content that they are nutritionally useless. It’s okay if you fly once in a while, but not if you’re a frequent flyer.

Bad To Be Barefoot

The flight attendants know how dirty planes really are.

There are regular “bathroom” accidents – weather from a child or a full-grown adult. Even if the planes are cleaned after landing, they’re not as pristine as people think. So, keep those shoes on!

If you think it’s been gross so far, it’s going to get worse.

The blankets and pillow left on the plane are not washed before being given to another passenger. The only safe bet are the ones still sealed in plastic. But the pillows never are, so bring your own neck pillow.

Flight attendants are privy to all sorts of information about where they work – even if it’s not part of their jobs.

For example, there are a certain number of screws that can be missing from the plane and it’s still able to fly.

Maybe you want to spend an extra-long time freshening up in the lavatory?

Forget that. The doors can open from the outside. It is obviously a safety feature, but most people don’t know about this fact.

They are very aware that people nab blankets to take home.

But did you know that one of the other most commonly stolen items are the life vests under the seat?! It doesn’t hurt to feel around under your seat to make sure it’s still there.

Only drink liquids that come out of a carton, bottle, or can.

Never touch the water that came out of the tank or the coffee in the airplane pots. While the pots are clean, the tanks and machines are never touched. Plus, they are sitting right next to the bathrooms.

Many people think that attendants are paid well.

Sadly, that’s just not true. They work long hours for very little. Also, they’re not making any money until the doors of the plane close. So, be nice! Oh, and they also hate being treated like waiters and waitresses.

There is a radio frequency the pilots must always monitor – it’s called Guard and for emergency use only (for maydays and air traffic control).

However, not many people respect this channel. Pilots often smack talk or swear at each other while some accidently give their passenger announcement over Guard and are made fun of for it. The worst is on the east coast.

There’s always at least one person who gets on the plane who smells really bad.

If you see a coffee filter bag hanging in one part of the plane, it means someone there is stanky and the attendants are trying to deal with it. Oh, and they also alter the temperature to different parts of the plane to keep the stench in one place.

Most of the time, passengers are not given the full story for delays or cancellations.

They also often blame issues on the weather so the company doesn’t have to pay everyone for hotels or meals – when in fact many delays are from mechanical issues.

Flight attendants are hit on a lot … and they hate it.

One the outside, they smile and say thank you. But inside they think the person is a creepy letch and do their best to avoid that person or limit contact as much as possible.