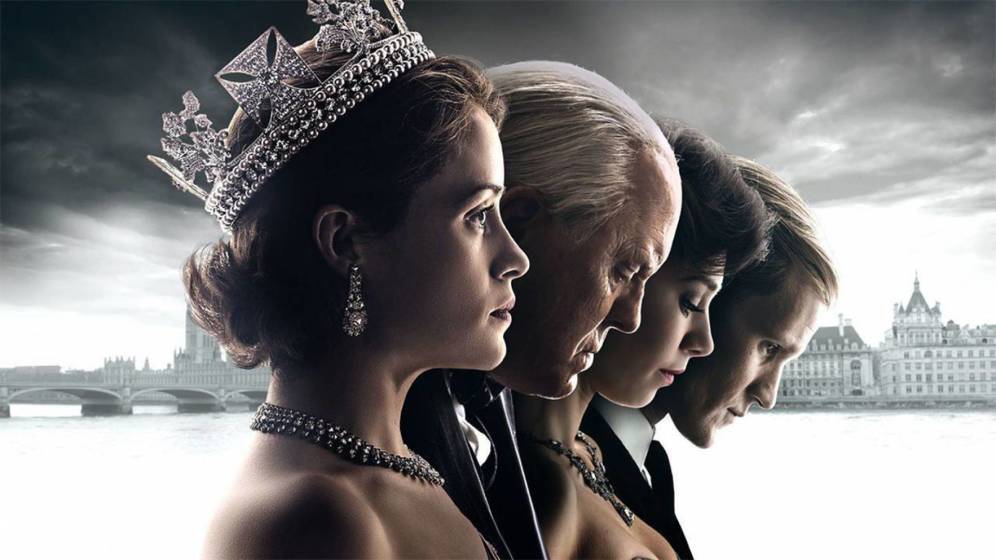 Of all of the questionable things to become normal in this generation, spending hours binge-watching your favorite TV show has to be one of the best things. Thanks to giants in TV streaming services like Netflix and Hulu, our favorite shows are a click away waiting for us to consume them. Notably, Netflix has a wide array of both old and new shows to choose from. With its shift from being a service to see your favorite reruns and movies to producing its own original content, Netflix (and Netflix Original Series) has arguably taken over the TV world.

Netflix has a rather large catalog of original content and keeps it coming every month. This month alone, Netflix is releasing 30 original tv shows and movies to the site.

If you’re a real fan of Netflix original series, we know you’ve probably already seen all of Orange Is The New Black, Stranger Things and Black Mirror. With such a massive library, it can be overwhelming to pick your next show, so we’ve picked some good Netflix Original Series that may not get the same attention as the aforementioned shows but are definitely worth checking out. You never know, you could find your new favorite show!

Formerly known as Scrotal Recall, Lovesick is a British comedy series that Netflix picked up in 2016. Lovesick follows the lives of English young adults who share of house in Glasgow, Scotland. The main character, Dylan, finds out that he has contracted chlamydia, and he has to inform every one of his past lovers of his diagnosis. Each episode centers on a different girl from Dylan’s past and takes you down memory lane, then ties it to his present-day love life. Ultimately, every character is in search of their true love, and viewers get to go on the bumpy, yet entertaining ride with them. The serious themes are juxtaposed by the story’s often lighthearted and fun vibe, and each episode is full of British-style comedy that is both cheeky and hilariously blunt.

Lovesick stars British actors Johnny Flynn, Antonia Thomas of Misfits, Daniel Ings and Joshua Macguire, and was originally created by Tom Edge, also a writer for the popular Netflix drama The Crown. After the first season, Netflix took over, changed the name and released a second season in 2016. The most recent eight-episode season was released on Jan. 1, 2018, following the show’s success. If you fall in love with these lovable characters, you’re in luck: There are rumors that the show will be picked up for a fourth season.

Friends from College is the hilarious comedic drama created by Nicholas Stollar and Francesca Delbanco that you can’t miss. The show features an impressive lineup of actors like Cobie Smulders of How I Met Your Mother, actor and comedian Keegan Michael-Key, Fred Savage and Annie Parisse. All of the characters come together in a story following the lives of six Harvard graduates who are entering their 40s. The close-knit group finds themselves reunited in New York City and reigniting their complicated and twisted involvements from the past mixed in with the ongoing navigation of the new era of their lives. Think babies, affairs and plenty of questionable decisions. The cast is full of dynamic and flamboyant personalities and plenty of laughs amidst some rather difficult thematic issues and portrays what dealing with nostalgia in your 40s can be like.

There is currently only one eight-episode season of Friends from College, but despite the not-so-stellar reviews from critics, Netflix has picked it up for a second season. While some characters may not be the most fun to watch, let’s face it -it’s always entertaining watching a group of fictional people ruin their lives on TV.

Easy is a drama and comedy anthology series directed by Joe Swanberg, centered on the lives of Chicagoans. The show’s theme is the overlapping romantic and familial issues among “normal” but diverse people in a big city. Each hourlong episode is like a short film in itself and features an array of likeable characters from all walks of life and age ranges, from a married couple struggling to reignite the flames, a young girl discovering her sexuality and a pair of brothers trying to open a brewery. While the characters are very relatable, the story lines are diverse, provocative yet satisfying and attimes leave the viewer in subtle shock. This series doesn’t shy away from the complexities of a myriad of issues that can arise in adulthood. The characters are blunt and realistic, and throw in plenty of comedic relief along the way.

The series was originally released on Netflix in September 2016 with a lineup of eight episodes. The cast features of a remarkable lineup of familiar faces, including Orlando Bloom, Dave Franco, Jake Johnson of New Girl, Zazie Beets of Atlanta and comedian Hannibal Buress. Fans of this show were delighted to hear of another eight-episode season that debuted in December 2017. Season 2 continued with the lives of some of the favorite characters from the first season and added in some new faces as well. Since there are only two seasons, you could finish the entire series in one binge-watching weekend.

Mindhunter is a riveting and shocking crime drama that has been voted one of Netflix’s most binge-worthy series. The recently released Netflix series follows FBI agents Holden Ford and Bill Tench and Dr. Wendy Carr’s quest to discover the inner workings of several serial killers’ minds in the late 1970s. The 10 fascinating episodes take you through the dark psychology of several high-profile serial murderers and rapists and the authorities’ quest to solve the mystery of why, which would ultimately help to solve future cases. Their discoveries ultimately lead to the modern-day investigation science used to study and convict serial killers today. Mindhunter is meticulous with its detail, drawing its evidence from real-life notorious serial killers.

Mindhunter would be a delight for fans of dark psychological thrillers and twisted crime history.

The show is based on a true crime book called Mindhunter: Inside the FBI’s Elite Serial Crime Unit, written by John E. Douglas – whom the main character Holden Ford is based on – and Mark Olshaker. The show is executive-produced by Hollywood powerhouses David Fincher and Charlize Theron.

Mindhunter would be a delight for fans of dark psychological thrillers and twisted crime history. Its dark theme is as intriguing as itis terrifying, and it will keep you up late at night. There’s no telling whether you’ll be up late from not being able to stop watching or from nightmares.

If historical drama is more your thing, then The Crown should be on your list of shows to binge-watch. Set in 20th-century England, The Crown follows the life and specifically the rise to power and reign of Queen Elizabeth II. The show follows her political role, her personal and love life and ultimately her impact on the UK and the world in this modern era.

The highly rated show is based on the award-winning play The Audience, and director Peter Morgan’s 2006 film, The Queen. History buffs need not fret, the show has been acclaimed for its relatively accurate depiction of Queen Elizabeth’s life. Seasons 1 and 2 were widely acclaimed, and in 2017, the show was nominated for a Golden Globe Award for Best Television Series – Drama as well as several other awards for its outstanding cinematography and acting.

Queen Elizabeth is played by Claire Foy, and Philip, the Duke of Edinburgh is played by Matt Smith, who is best known for his role as The Doctor in BBC’s famous series DoctorWho. The Crown is already scheduled for six seasons, with each season focusing on a different era of the Queen’s life, and every two seasons debuting an entirely new cast. Fans of The Crown can look forward to a whole new season and cast that will follow the demise of Princess Margaret and Anthony-Armstrong Jones’s marriage. History buffs and drama fans alike will instantly be captured by the shows depiction of the intriguing lives of royals.

Did you see your favorites on this list? What are some Netflix Original Series that we missed? Comment below!

Ready to explore more top-rated television? Tune into our post on Top 5 TV Shows That Premiered in 2017 to find more shows to get addicted to.