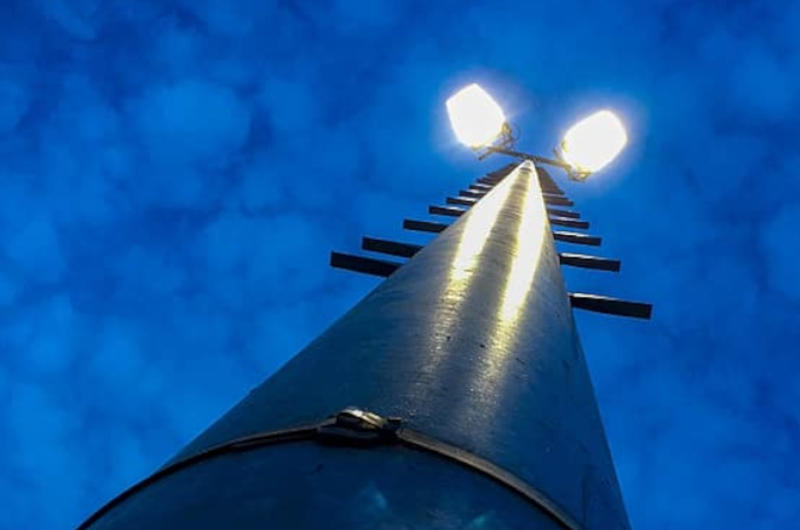 The light made it like trying to sleep in the middle of an airstrip or underneath stadium lights.

The bright floodlight was shining directly into their bedroom. Why wasn’t it pointed at the ground? Was it out of spite? But one night while Joey was struggling to sleep, he thought of something brilliant.

The neighborhood was perfect, there was always peace and quiet and the worst that would happen would be the odd disagreement that was always settled in an amicable manner.

Every resident knew about the unspoken rules of being neighborly. One morning, Joey noticed new neighbors moving in. He had always tried to be friendly and decided to see how they were, everything seemed alright at first.

Joey began to notice that the husband would drive in and out very frequently, and at strange times.

He was curious so he tactfully asked what he did for a living.  His wife told him that his job made him travel around a lot. She started complaining about it… which Joey didn’t want to hear about.

Disagreements were always bound to happen between neighbors, and this was no exception with Joey and the new residents.

Joey sat down and accepted the mocha hazelnut coffee she had offered him. He felt it slowly losing its warmth as he listened to her. Soon though he noticed something alarming, a behavior pattern that would cause some complications for him.

The neighbor’s wife was nervous about being alone. Joey could understand being left alone in the house might to that to someone. Although he tried to reassure her that they as neighbors were right across the street, this didn’t help in the slightest.

She didn’t even feel safe with her security system she had installed. She would even jump at thunderstorms. This meant that she went overboard and had a huge floodlight installed above their garage.

Strange Place To Point It

Their new light was brighter than anything Joey had ever seen. What made it much worse was that, for some reason, it was pointed directly at their bedroom window. Why wasn’t it pointed at the driveway?

He understood what he had to do, he asked them very politely if they could lower it towards the pavement. What Joey didn’t expect to hear was a harsh “no”. Joey made his way back to the house, not believing how curt they were.

Not A Good Idea

Joey couldn’t bear the light so he suggested they get a timer, he even told them he’d pay for it. The couple gave him some reason about why that would be a bad idea.

They even tried using thicker curtains, these did little to the small sun that was directed at their window. “Maybe we could break them … or shoot out the bulbs with a BB gun?” he suggested to his wife when he was at his wit’s end.

“Don’t even think about it,” she warned him, looking over her newspaper. “What about blackout curtains?” he asked.

She proceeded to complain that she had already wasted her money on curtains once for this. She didn’t want to compromise for the neighbors when they could just point the stupid light down for them. Then Joey had his own idea.

Joey stayed up late after his family had gone to sleep. He passed the time by watching TV. He had to make sure the woman would be sleeping.

He could see the glow of the spotlight shining through his house. He smiled as he thought about his plan. When it got to around 3 A.M. he put on a jacket, opened his front door, and walked towards the annoying glow.

He walked straight up to the obnoxious light and reached out a hand. With a few simple twists, the spotlight was off. He walked back to his house and fell into bed. He proceeded to have the best sleep he had had since the light was installed.

What Joey didn’t expect was for this plan to work soundly. After the problem was realized months the neighbors installed a new globe. Joey decided to try his luck again and just unscrewed it once more.

How did it go unnoticed? Well, the security measure didn’t actually reach the woman’s bedroom, so the couple had no idea when the driveway was dark.

Any other light was a normal one and therefore bothered no one. Joey was working in his yard one day when the husband came over…

“Are you having trouble with your lights?” he asked. Joey held back a smile and said, “Yeah. My outdoor ones. Had a problem with them for years.”

“Any idea why?” Joey went on to theorize that the vibrations from the street were to blame and loosened the twist. The husband agreed.

It was a final solution that served everyone well. The woman still had her other security lights and Joey’s family could have a normal night.

Granted, it might have been childish and petty, but at least it kept the neighborhood peace. It also avoided any harsh litigation.

Bright lights might seem like nothing to complain about, but it’s important to know the guidelines of your community and district.

It’s not an across-board law, but there are places that have “light nuisance” bylaws. Imagine someone blasting music early in the morning. This is considered a noise complaint. You can run into real problems.

It won’t be anything major but there could be the chance of a civil suit.

It could be said that Joey’s solution was better than upping the aggressive ante in his dispute or wasting time arguing who was right or wrong. And, thankfully, he didn’t bring out the BB gun.