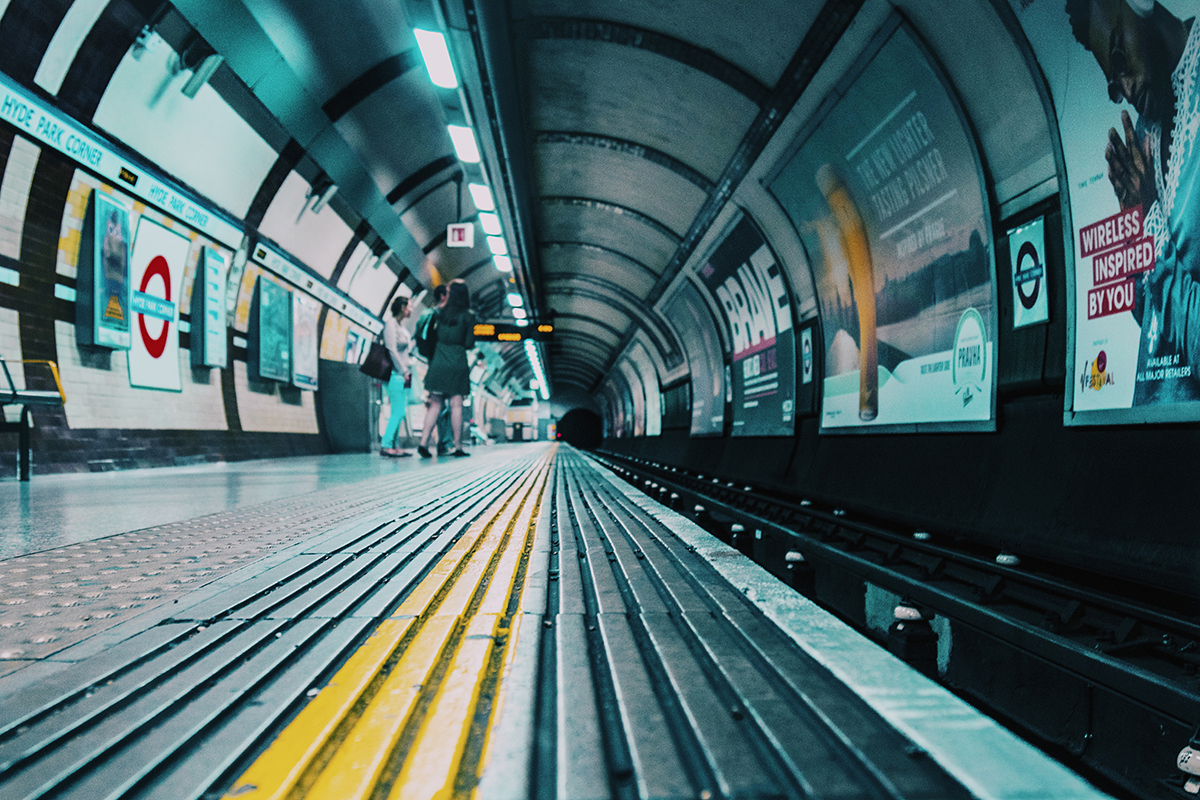 London may not seem that big, but once you’re in the middle of the UK capital, you’ll realize that all the sights are pretty spread out. For instance, you might find yourself having a drink with a colleague in Shepherd’s Bush but then have dinner plans with a friend on the opposite side of town in Whitechapel. And with so many people visiting the city every day, hopping into a black cab or taking the bus may not be the best option. Enter the London Underground, also know as the London Tube. This is the city’s widespread metro train system (like New York City’s subway). With numerous existing lines and more being added each year, it takes thousands of locals and tourists to where they need to go within Greater London.

But even though the Tube seems to like a well-oiled machine, new London Tube riders can find the whole system daunting. First, there’s looking at the map, which can look like a bunch of colorful squiggles on a board. Then there’s actually getting your ticket on the train. And let’s not forget about walking through the labyrinth of tunnels leading you to various train platforms.

Even though it might seem like a lot to deal with, we have some insight on the ins and outs of the Underground. Like everything else, things can change, but these tips are a great starting off point to becoming a pro at taking the Tube.

10.) Get Yourself an Oyster Card

Before you even get onto the train, you will need to pay for your ride. While you can get a single paper ticket for that first ride, it’s more convenient and economical to get an Oyster Card. There are two types of Oyster cards — the regular one and one for visitors. There are benefits to each card, but it all depends on what you need it for. Unlike the regular Oyster Card, you can order the visitor’s one and have it delivered to your home. By doing this, you can just hop on the Tube at the airport. The card also gives you some tourist discounts around the city, which you can find more about here.

If you forget to pre-order your visitor’s card, you can purchase a regular Oyster card at the airport, a Tube station or a local convenience store that has an Oyster logo hanging in the window. There is a £5 deposit, which you can get back if you decide to return the card after your trip. One of the other good things about the regular Oyster Card is that you can top it up (or add credit) with a travel card. Think of the travel card credit as an unlimited ride pass for a particular length of time.

That being said, there is there is a cap on how much you spend on public transit using the Oyster card each day. Once you reach that maximum amount, then the rest of your rides will be free for the day. For example, if you’re roaming around Zones 1 and 2 on a given day, you will no longer be paying for rides once your public transportation spending reaches £6.80.

There’s two more alternatives to paying for the Tube. If your credit or debit card has contactless card capabilities, then you can use that to tap in and tap out of the tubes as well as other forms of transportation in London. How will you know if your plastic has that feature? Just look for a symbol that resembles the Wifi one, but this is lying on its side. And in some cases, you can also use Apple Pay. You can find more information on those alternative payments here.

Remember that Oyster Cards and contactless cards can be used on most public transportation below and above ground in London.

9.) Familiarize Yourself with The Tube Map

As we previously mentioned, the London Tube map can look like an interesting configuration of squiggles. But as colorful as it is, it’s pretty user friendly once you get to know it a little bit more. Unlike other cities, London has gotten into the habit of listing the closest tube stop as part of their address information. It gives people a sense of how they can get there by taking the Underground. Aside from checking out the big map at every tube station, you can either grab one of the pocket size maps from a TFL employee or download a tube map app. Mapway has a great one, and Citymapper actually tells you how long it will take you to get from place to place.

8.) Look Out for Service Information Signage

Just like any other city, there are things that can delay a commute. And while you can keep up-to-date by watching the local morning news or even social media, each station has a sign that they update throughout the day. These messages can range from track changes to closed stations. And sometimes they’ll have an interesting message written on it like the one above.

If there is a delay or skipped stop, you’ll want to pick a different way to get to your destination. Although some stations only have one line running through, the bigger ones usually have multiple lines. That way you can change trains or pick another mode of transportation like the bus.

And since so many people use the Tube, especially during rush hour periods, sometimes it might be better to walk. If you’re in a rush and need get to your destination on foot, there are now maps that help you figure out how long it would take to walk somewhere instead of waiting for the train.

6.) Stay on The Right Side of The Escalators

The Brits like to keep things in order, especially when it comes to taking the London Tube. And the escalator is one of the main areas for this type of system. So if you don’t plan to walk up or down the escalator, then make sure to stay on the right side of the stairs to allow other commuters to move freely on the left.

5.) Know When The Last Train Is

Keep in mind that the Underground doesn’t run 24 hours during the week. The first trains usually start at 5am and run until about midnight. So if you’re planning a night out in the middle of the week, you’ll need to call a car to get home.

4.) Learn More About The Night Train

While train service doesn’t run all night during the week, there are trains that run all night on the weekend. The Victoria, Central, Northern, Piccadilly and Jubilee lines can get you home on Friday and Saturday nights. They run 24 hours per day. There is also the London Overground that runs into the early hours of Saturday and Sunday mornings.

3.) Take a Deep Breath and Enjoy The Ride

If it’s your first time in London, you’re likely to get the day started early. That also might mean you’ll be traveling during rush hour. Depending on the station, it can be overwhelming and difficult to navigate. However just take a deep breath and keep a look out for all the signs. And if you miss your stop, don’t worry. Just get off at the next station and go back the other way.

Since your fare is determined on how far you go between the Tube zones, you will need to not only tap your card to get through the turnstiles but also tap to exit. Make sure to tap out. Otherwise, you’ll crash into the doors and be trapped. If your card doesn’t have enough credit, you can flag over a TFL agent who’ll be able to assist you and top up your card.

1.) Never Be Afraid To Ask for Help

If after reading all these tips you’re still a little confused, never hesitate to ask one of the station’s employees for help.

Wondering where you should take the Tube on your next trip to London? Check out the Top 5 Places to Get The Perfect Gin & Tonic in London.

Must Read
Mom Uploads Photo Of Kids, Wakes Up To Thousands Of Reactions
Old Woman Is Forced Out Of Son's Home By Daughter-In-Law
Threats Turn To Cries When Burglars Realize They Chose The Wrong Grandma To Rob