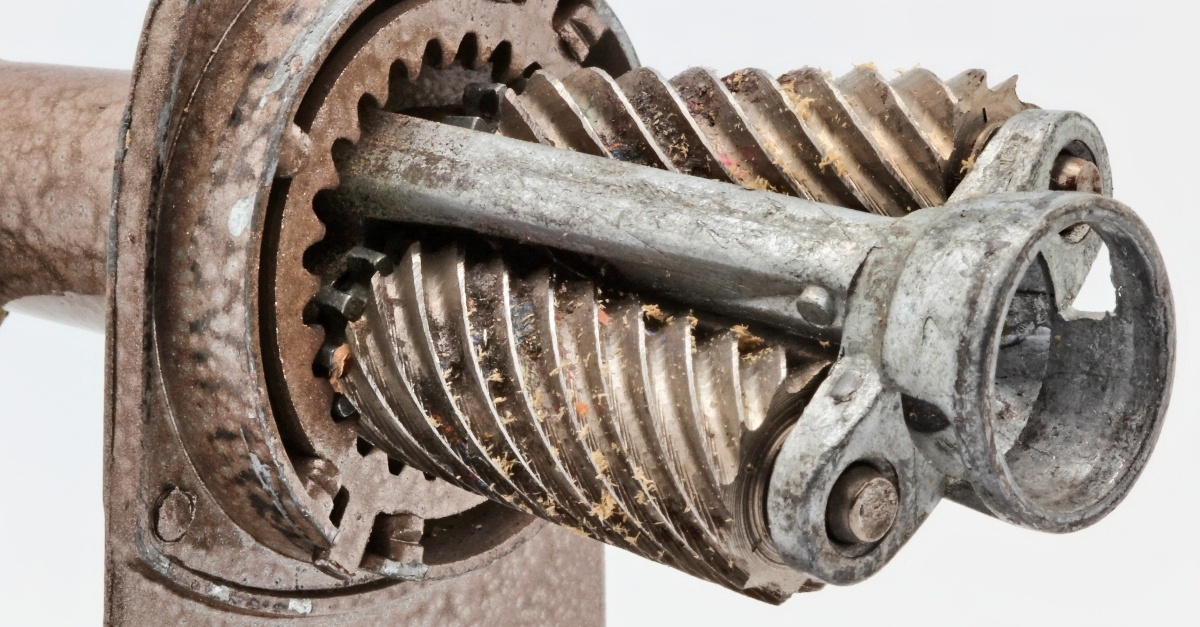 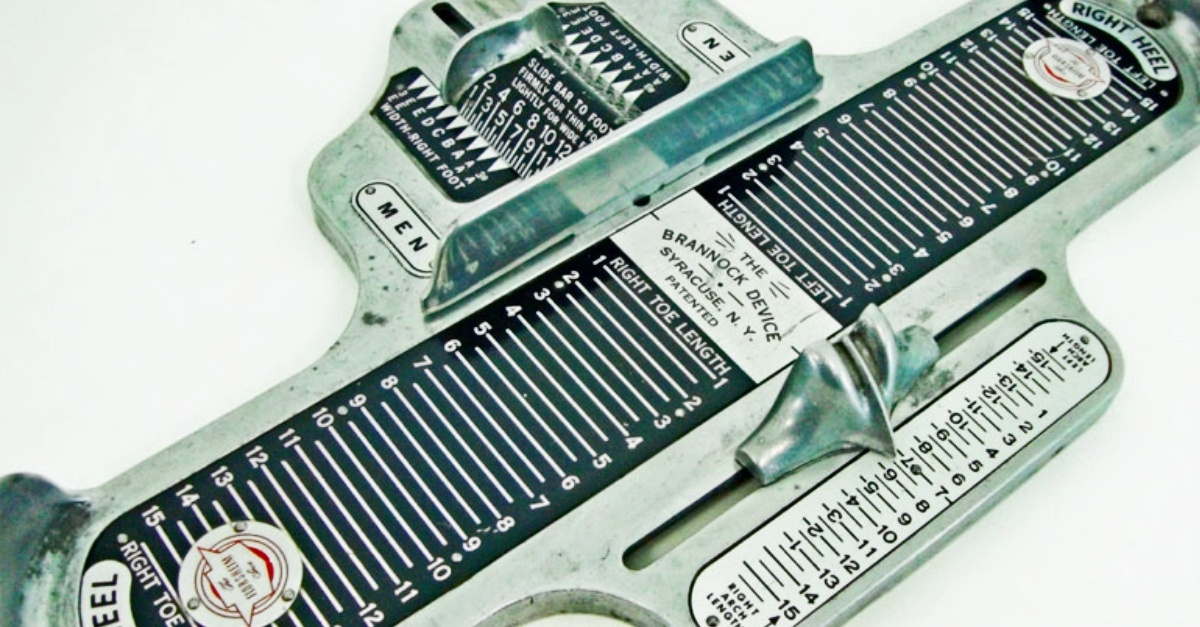 Ruler Confirming
Measuring Shoe Size
Quick Calculations
Dividing Graphs
Technically it’s called a “foot measure”, but you get the idea.Many shoe stores still have one laying around. They’re extra useful for kids who are still growing and parents need to make sure they’re getting the right size – at least when stores don’t want you to try on too many pairs.
Next Question 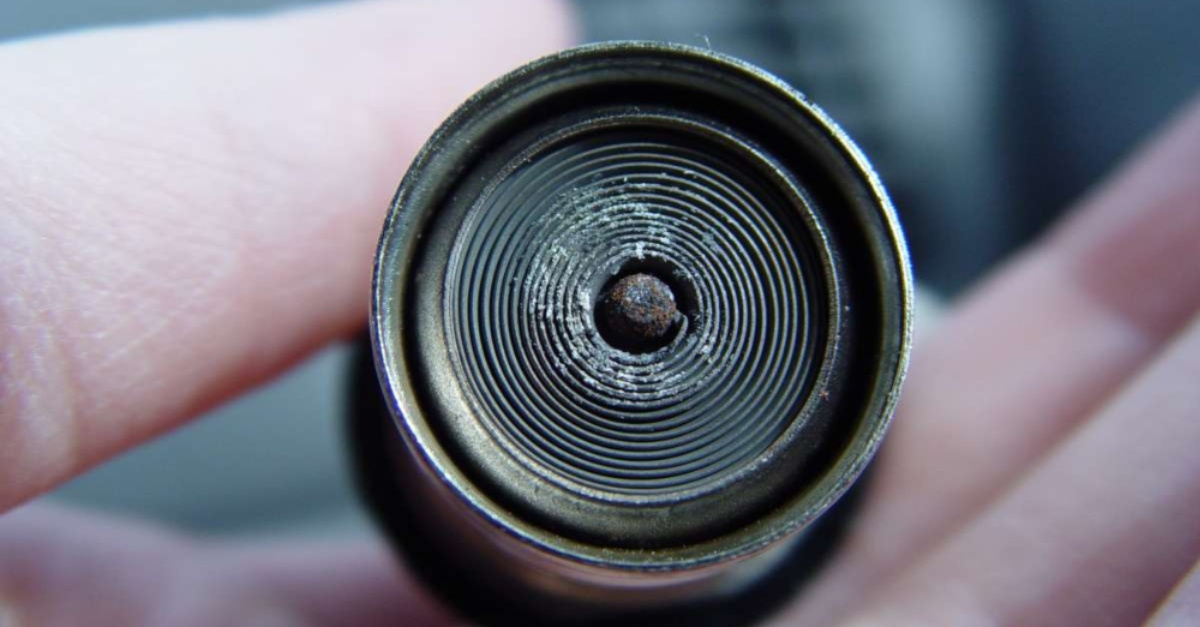 Cigarette Lighter
Apple Corer
Stamp Melter
Pimple Popper
Yes, there was a time where every car had this little device in the dashboard.All someone had to do was push it in, wait a minute, and then it would pop out. When you took it out, the coil end would be red hot. It’s no surprise that many curious, little hands were singed from this device.
Next Question 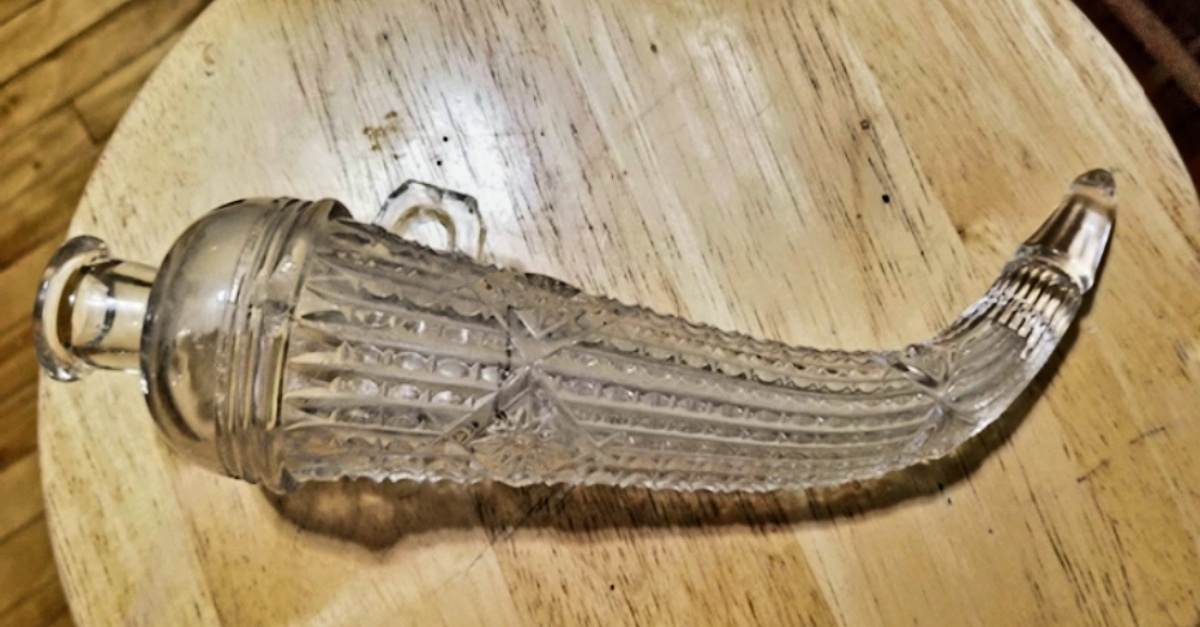 Drinking Flagon
Perfume Bottle
Car Flower Holder
Cream Separator
Although it might look like something a fancy Viking would drink from, it’s actually for a car.Before air fresheners, people would put this in their car, add a little water, and pop a couple flowers in to make the insides smell nice.
Next Question 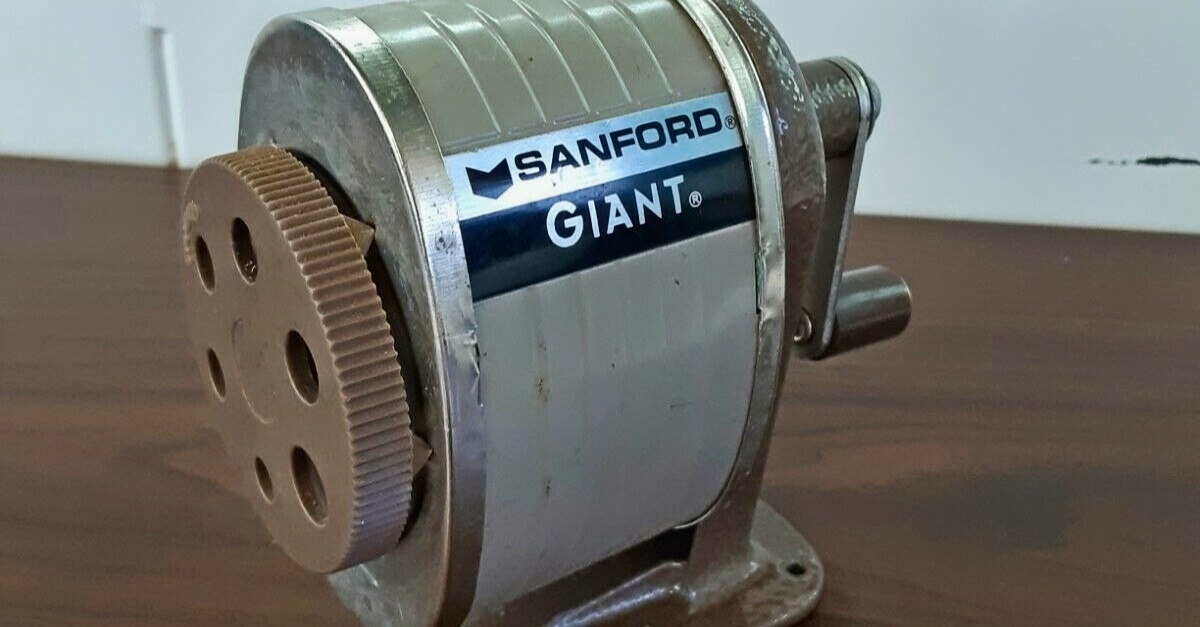 Pasta Maker
Meat Grinder
Yarn Twister
Pencil Sharpener
Did you know there was a time, long ago, where school provided most of the kid’s supplies!!Crazy, huh? Then, every classroom had one of these fixed to the front ledge near the black board. All kids had to do was mosey up and sharpen their pencils. Teachers often gave students the job of cleaning out the compartment when it got too full.
Next Question 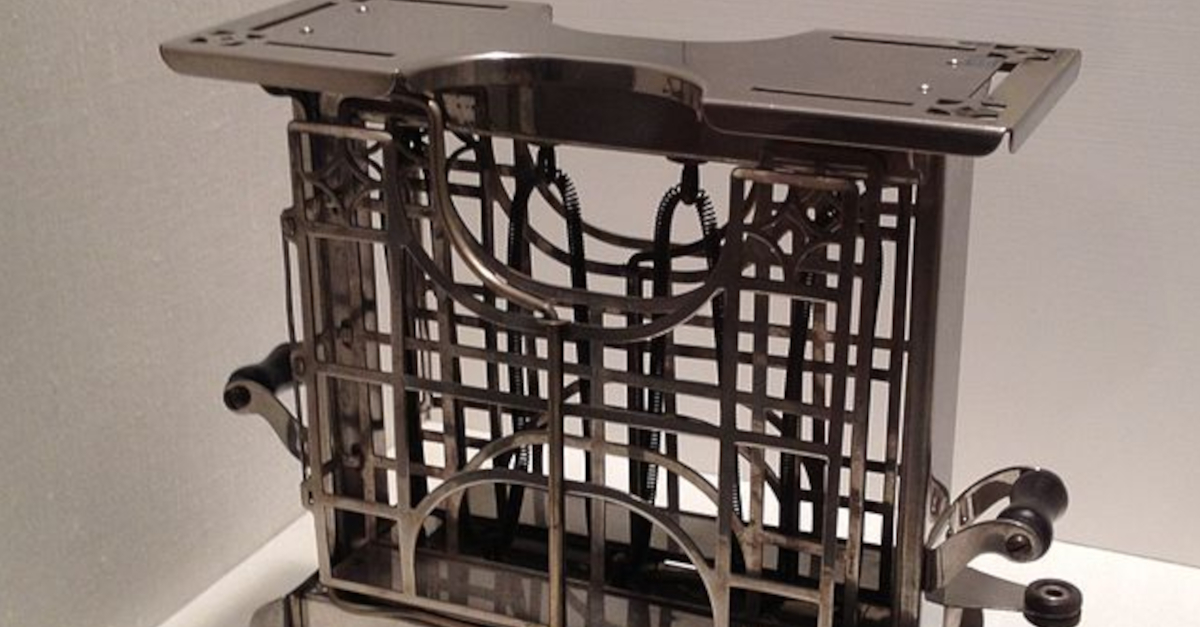 Sock Warmer
Toaster
Branding Press
Portable Heater
Yes, it looks dangerous. Then again, many new inventions back then were not super-safe the first time around – or even today for that matter.The principle was the same as any toaster, just without the protective cover.
Next Question 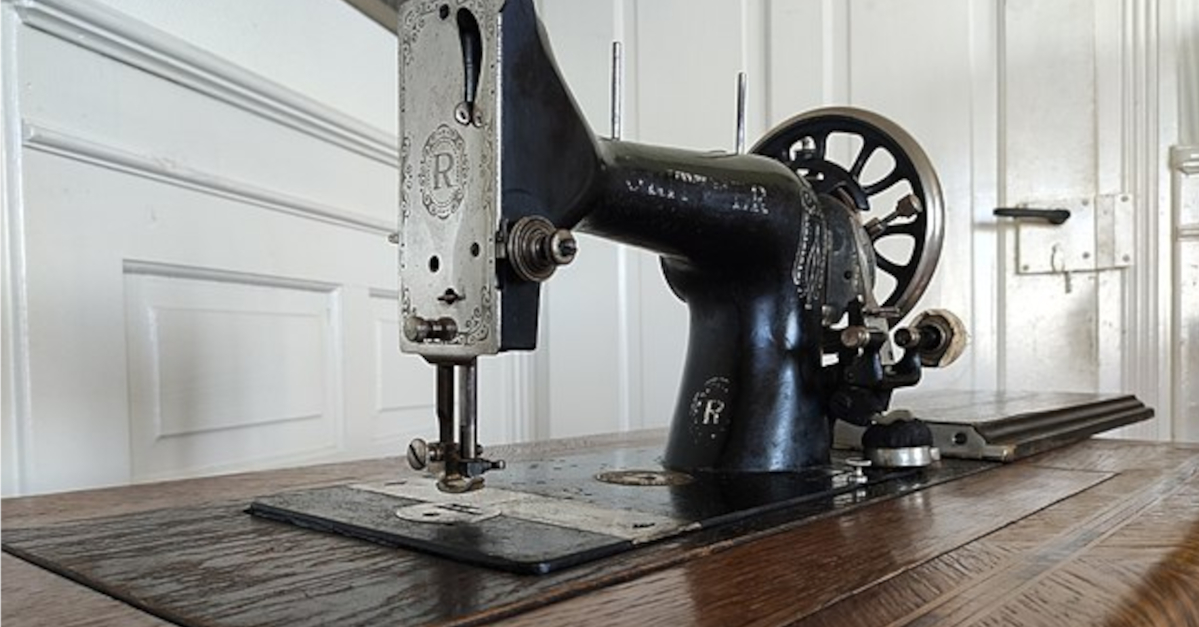 Sewing Machine
Ticket Puncher
Thread Maker
Hole Punch
Sewing machines haven’t changed that much over the years – at least in the overall design.The ones back then were powered by a peddle you would press and release your foot on to make things spin. The knew models just use an electric version.
Next Question

7. What Are These Called? 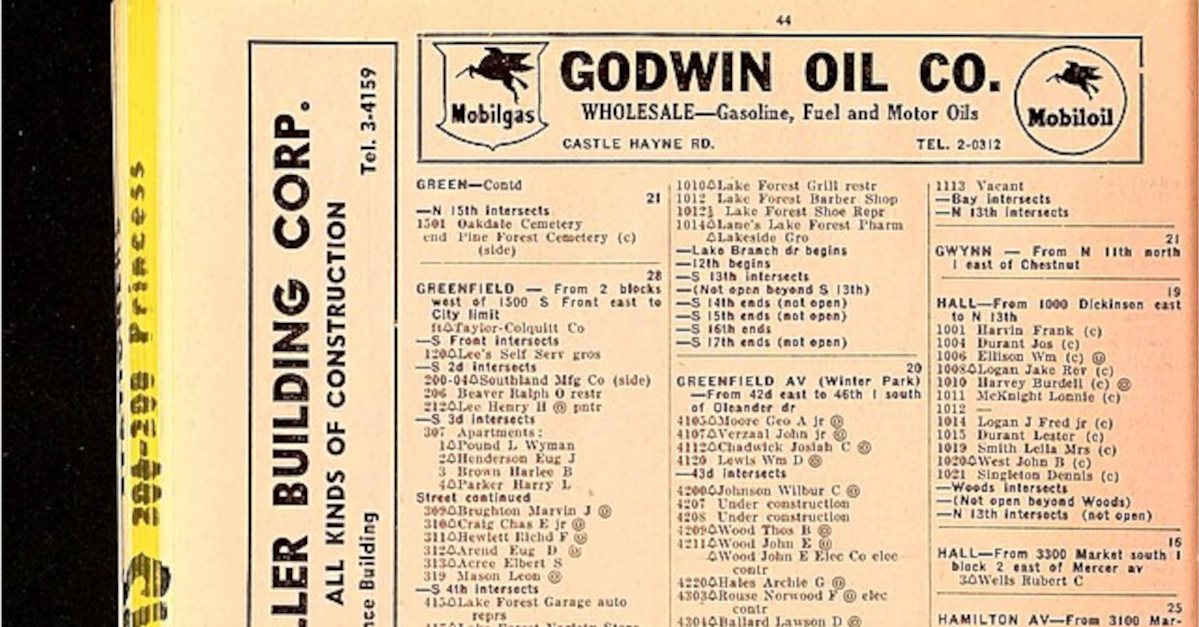 Classified Ads
Business Directory
Yellow Pages
Company Pages
In the time before cell phone – at least one’s that had internet access – people needed phone books to search out people’s number.There was a special section after the white pages (residential numbers) called the yellow pages. These were for business listings. They were divided by type of business then sub-organized by name. So, you would go to “S” for “Shoes” and then find the address and number of the one you wanted.
Next Question 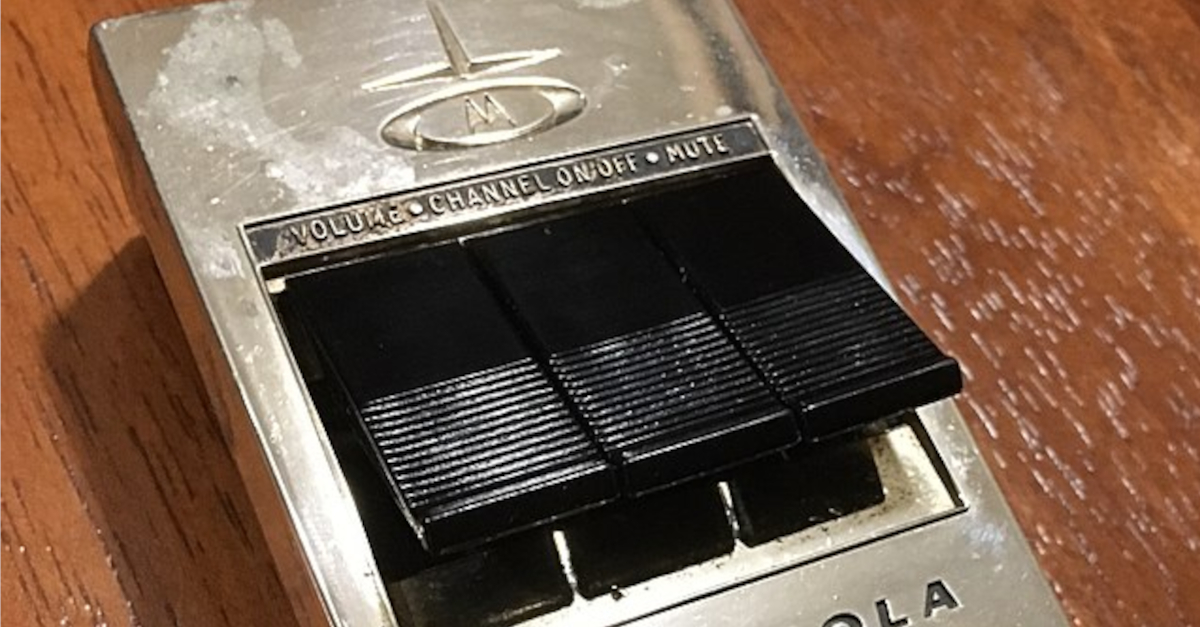 Doorbell
Remote Control
Recorder
Cassette Player
Remote controls now are so complex, which is not a bad thing!But the ones back then didn’t need fancy bells or whistled. All it needed was one switch to cycle through the channels (there weren’t that many), one for volume, and one for on/off.
Next Question 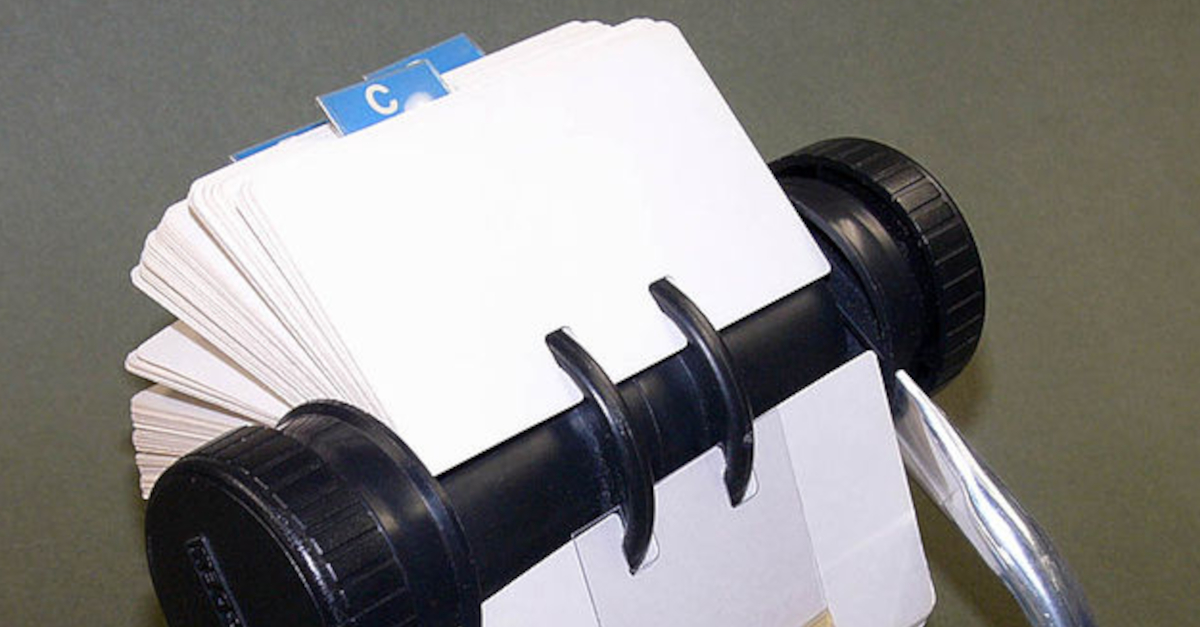 Rolodex
Card Catalogue
Name Spinner
Business Card Holder
While the public needed phone books and yellow pages, companies would need Rolodexes to keep the numbers and contact information of anyone they neededAll you needed was to turn the side dial and the device would roll around until you got to whatever letter in the alphabet you needed. The blank cards would either have hand-written details, a business card, or a typed insert.
Next Question 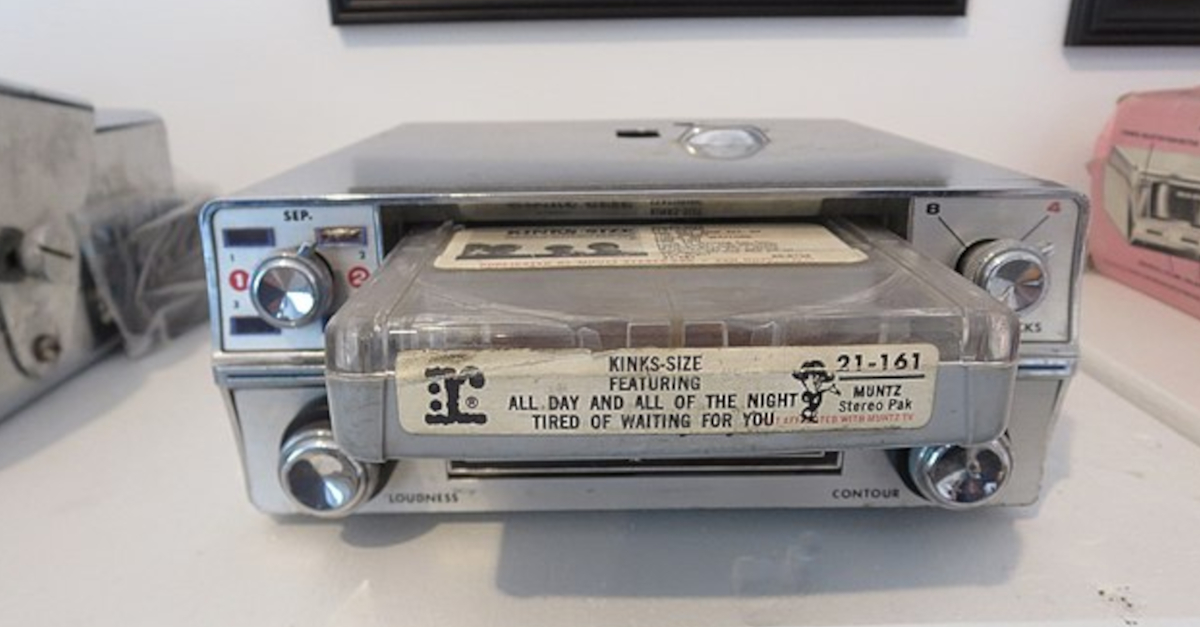 Cassette Tape
VHS
Radio
8-Track
Vinyl records are still around because some enthusiastic love the sound more – and it’s true, the sound is amazing.However, afterwards there was a quick succession of audio inventions. Before digital, there were cassettes. And before those were 8-tracks – but they didn’t stick around that long.
Next Question 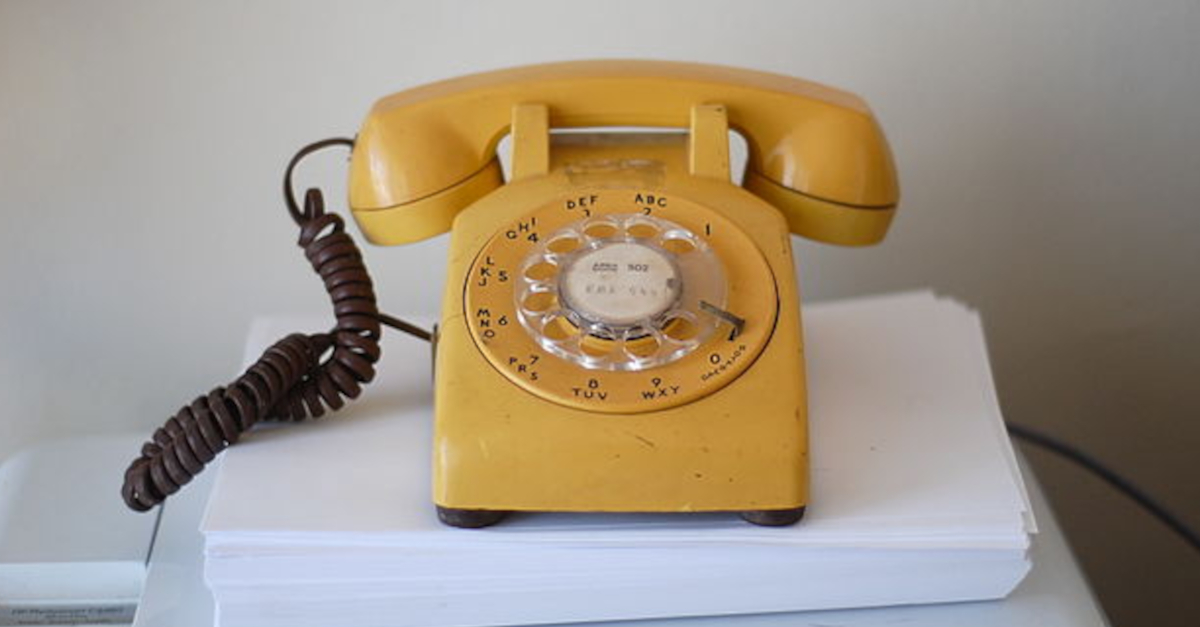 Telephone
Rotary Phone
Dialer
Turnephone
Yep! Once upon a time people had to turn the dial for each digit in the phone number.Zeros were the worst and people wanted to pull their hair out if they made a mistake because they would have to start all over again. However, the sound and feeling the dialing made was, for some reason, quite satisfying.
Next Question 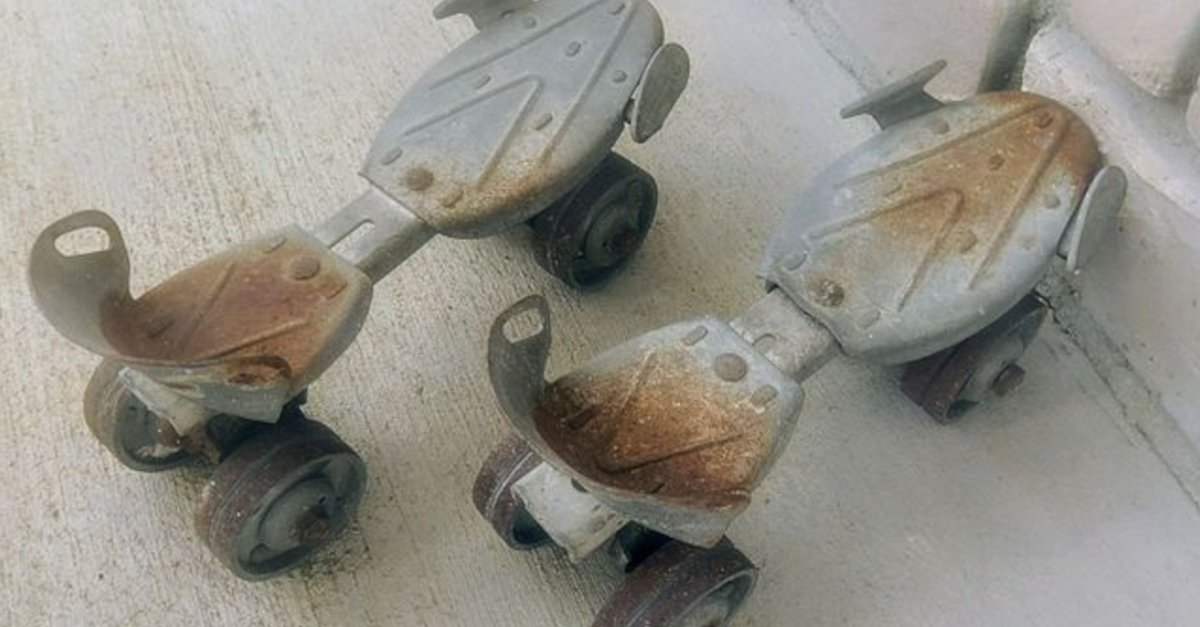 Roller Skates
Ski Shoes
Track Runners
Four Line Skates
While the first reported use of roller skates was on a London stage in 1743, the first patented roller skate was introduced in 1760 by Belgian inventor John Joseph Merlin.His roller skate wasn’t much more than an ice skate with wheels where the blade goes, a style we would call inline today.
Next Question 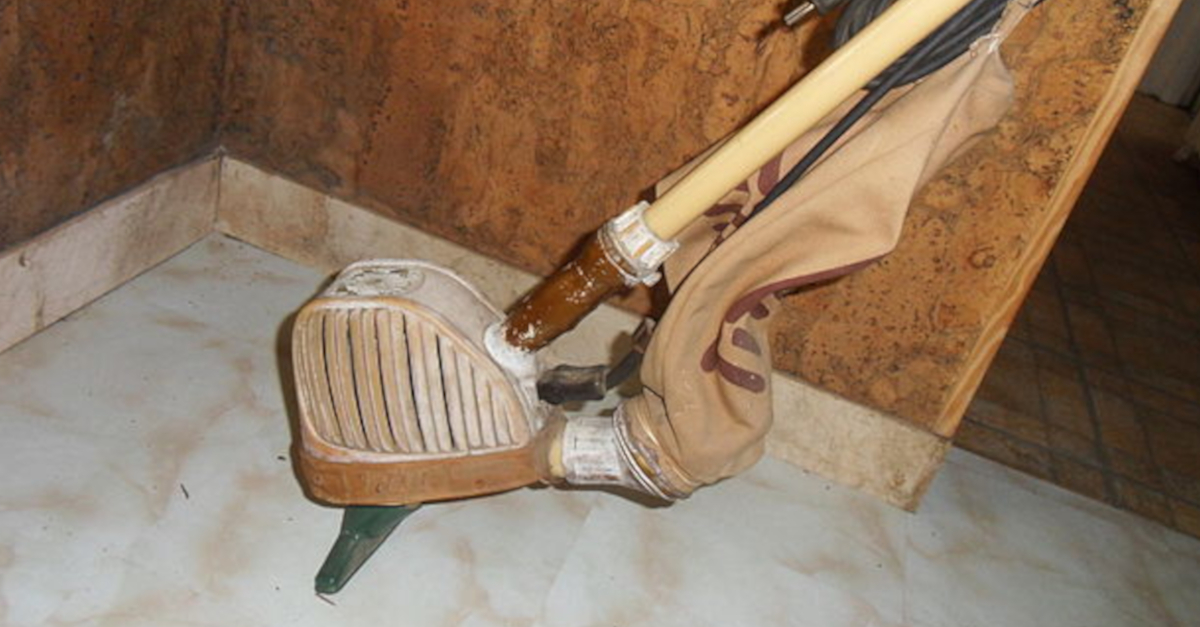 Steamer
Bug Gasser
Vacuum Cleaner
Sander
The first vacuum-cleaning device to be portable and marketed at the domestic market was built in 1905 by Walter Griffiths, a manufacturer in Birmingham, England.His “Griffith’s Improved Vacuum Apparatus for Removing Dust from Carpets” resembled modern-day cleaners.
Next Question 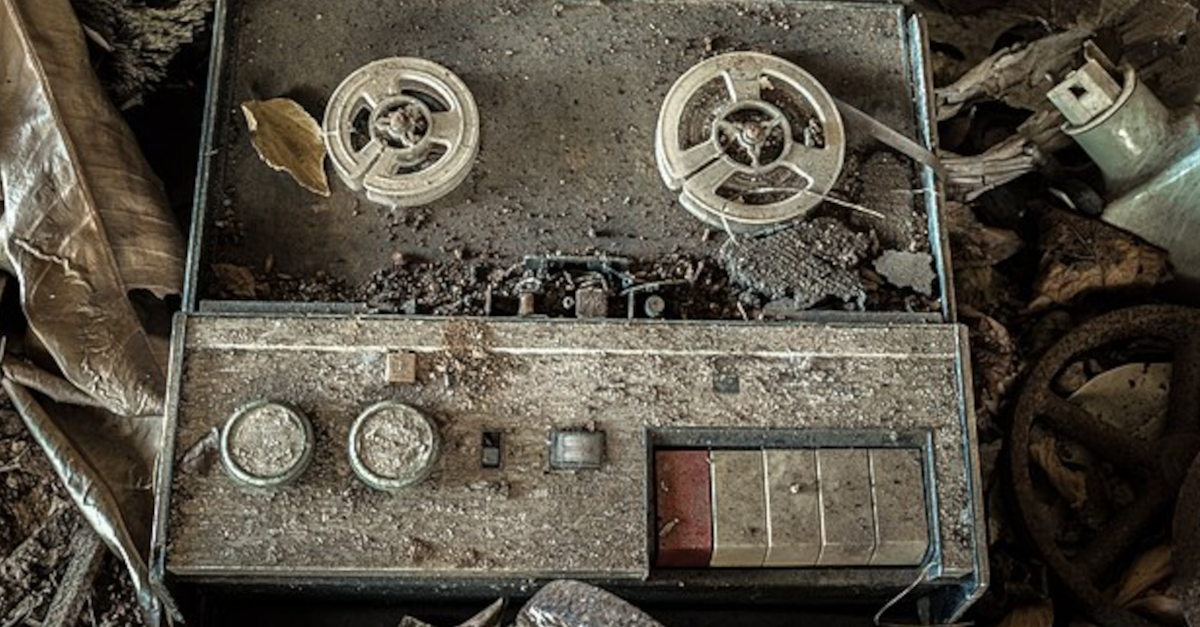 Reel to Reel
Two Reel Recorder
Reel Threader
Dual-Tape Roller
Reel-to-reel audio tape recording, also called open-reel recording, is magnetic tape audio recording in which the recording tape is spooled on a reel.Originally, this format had no name since all forms of magnetic tape recorders used it. The name arose only with the need to distinguish it from the several kinds of tape cartridges or cassettes such as the endless loop cartridge developed for radio station commercials and spot announcements in 1954.
Next Question
Next
Next
Must Read
Couple Investigates About Adopted Girl, Return Her Few Days Later
Officer Spots Man Who Looked Like His Deceased Son
Boy Comes To Store To Use Tablet Every Day, Then Looks What's On The Screen