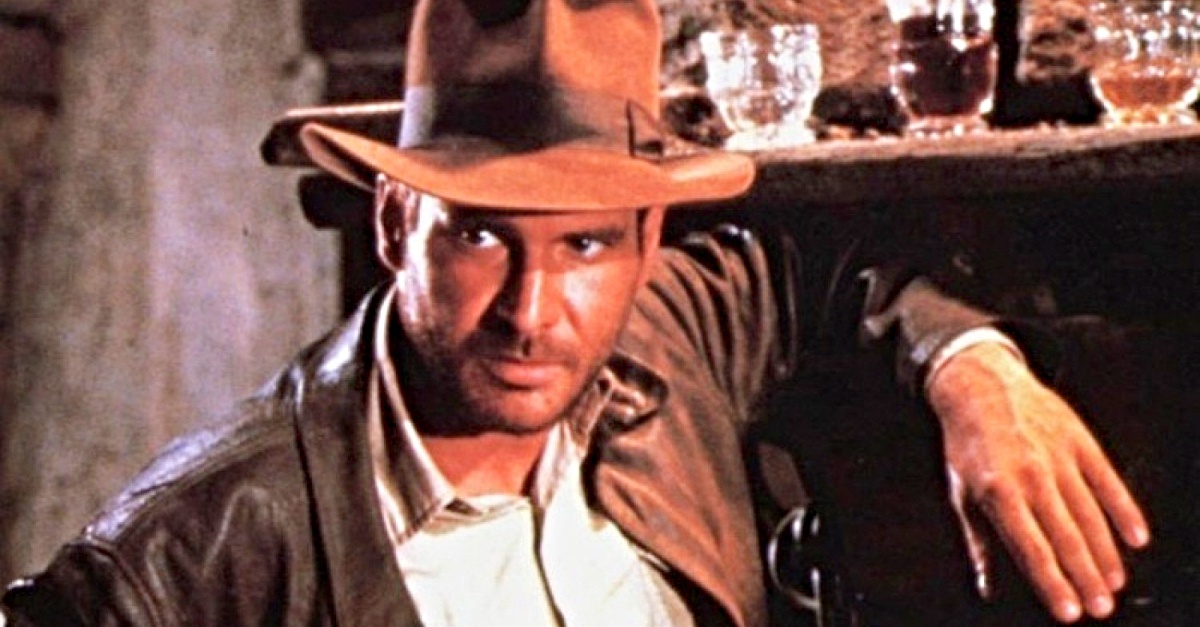 They Don’t Always Get It Right

We love movies because they transport us to a world outside of our own. A world where we don’t need to worry about our mistakes, but movies make their own blunders… and we love finding them.

Often we come to rely on something so heavily that we forget that it may once not have existed. For instance, when Malcolm shouts for someone to call 911 in the movie no one picked up that it was only established three years after his assassination. But we did…

Tom Cruise should know better being the motorcycle fanatic that he is. Ural didn’t release the M-63 until 1963 – A staggering 20 years after the movie was set.

But we found an even bigger blunder.

In an unforgivable scene, Spiderman fights Sandman as he balances on the Chicago L tracks. You can also clearly see the historical landmark of the Cleaveland Terminal Tower in the background. So, what’s the problem? Well, Spiderman’s home was in Chicago.

Did you spot this next historical blunder?

Pirates of the Caribbean – At World’s End

The crew all make quite a big deal and talk at length about Singapore, however, Singapore had not even been founded never mind widely know. Sir Stamford Raffles earned the founding statue in only 1819.

Relying on the years to dull our memories could work for this one, but not the next.

So far our biggest time bungle is a 30-year difference from when the movie is depicted. The maple leaves adorning the liquor crates in this film, set in 1987, weren’t even designed until 1965.

Can we find one with an even bigger time gap?

We are all for being as inclusive as possible, especially in Captain America. The hero of the people is seen fighting alongside a diverse group of people during the Second World War.

The U.S Army actually segregated soldiers until the Korean War. We’ll let this one slide, but not the next one.

Our runner up with the second-largest time gap comes when Azeem handed Robin Hood a telescope, the film set in 1194 must have time-traveled into the future because Hans Lippershey didn’t invent the telescope for another 400 years!

What other kinds of mistakes do movies make?

An original movie from DC comics was an enormous hit, so you wouldn’t think that they would miss something as obvious as a spelling mistake. Look closely, do you see where The Gotham Times got an F for their story title?

The next mistake was spotted quickly by eagle-eyed fans.

Although American Sniper got mixed reviews when it was released, one controversial scene had everyone talking. If you’ve seen the movie, you’ve probably seen Chris (Bradley Cooper) feed his baby daughter, and you’ve probably noticed that it’s a plastic doll.

This next big-budget epic has not one mistake, but three…

Most certainly the biggest time gap of all is in Gladiator when Maximus’s captors call him “The Spaniard,” the film was set in 180 A.D.

Yet the word Spaniard, an Old French word, wasn’t used until the 14th century. That’s not the only mistake in this movie either.

There is an epic scene depicting the intense “Battle of Carthage” in the Colosseum. During the battle, one of the chariots is turned over and fans were clearly upset by the very modern way that this chariot uses gas from a very modern cylinder.

What else weren’t we meant to notice?

Round Three For Gladiator

Maximus’s captors call him “The Spaniard,” but in 180 A.D, nobody would have heard that word before. Spaniard is an Old French word, and it was first used in the 14th century. Someone in the research department for this movie definitely wasn’t doing their job properly!

This next mistake is not the first one in this blockbuster franchise.

Another One For Pirates Of The Carribean – At World’s End

Who could forget the dramatic scene where Captain Hector Barbossa takes a bite out of a juicy Granny Smith apple. Where he managed to get hold of one is anyone’s guess. Australian grandmother Maria Ann Smith first cultivated them in 1868.

Now for other sweet treats that weren’t invented yet…

In a scene set in 1928, Leonardo DiCaprio as the neurotic Howard Hughes in The Aviator orders 10 chocolate chip cookies via telephone. But Ruth Graves Wakefield of Toll House Inn hadn’t invented the famous cookie until the 1930s!

The next blooper will have you rolling your eyes…

In the iconic Shawshank Redemption, Tim Robbins’ and Morgan Freeman’s characters attempt a daring prison break by escaping through a hole they dug themselves. They covered the evidence with a poster for the film One Million Years B.C. The problem? This movie only came out after the characters had escaped prison.

Although we can gloss over this one, the next mistake is unforgivable.

Unfortunately for Forrest, these Apple shares must have been a scam. In the scene, a letter he receives in the movie thanking him for his investment was dated 1975— the only problem is that Apple wouldn’t go public for another six years.

Let’s focus our attention on some beloved classics.

The Wizard of Oz

In the beloved classic, there is a mistake nobody could unsee. Dorothy and Scarecrow are fighting trees in the scene, and Scarecrow gets pummeled by some apples. Look quickly to Dorothy’s feet — you’ll see that her iconic red ruby slippers aren’t so ruby-red!

There’s yet another enormous blooper in another movie classic.

Despite the horror classic being set in an unnamed fictional town in the Midwest, it would be very unlikely to see palm trees growing in this region. Even more telling is that all the cars have California license plates.

What about our other favorite classics?

Gone With The Wind

The timeless classic Gone With The Wind contains a few glaringly obvious blunders. One of the most famous is when Ashley is brought back wounded from the raid where Scarlett’s husband Mr. Kennedy was killed. Melanie picks up a gas lamp to follow the man carrying Ashley to the bedroom. If you look closely, you can clearly see an electrical cord hanging down from the “gas” lamp!

And we’ve saved the best for last…

Raiders of the Lost Ark

We all remember the Starbucks cups in Game of Thrones but in Indiana Jones, while Indy is distracted by a vest-wearing monkey, a man in blue jeans and a t-shirt strolls right through the 1930s, Middle Eastern setting.