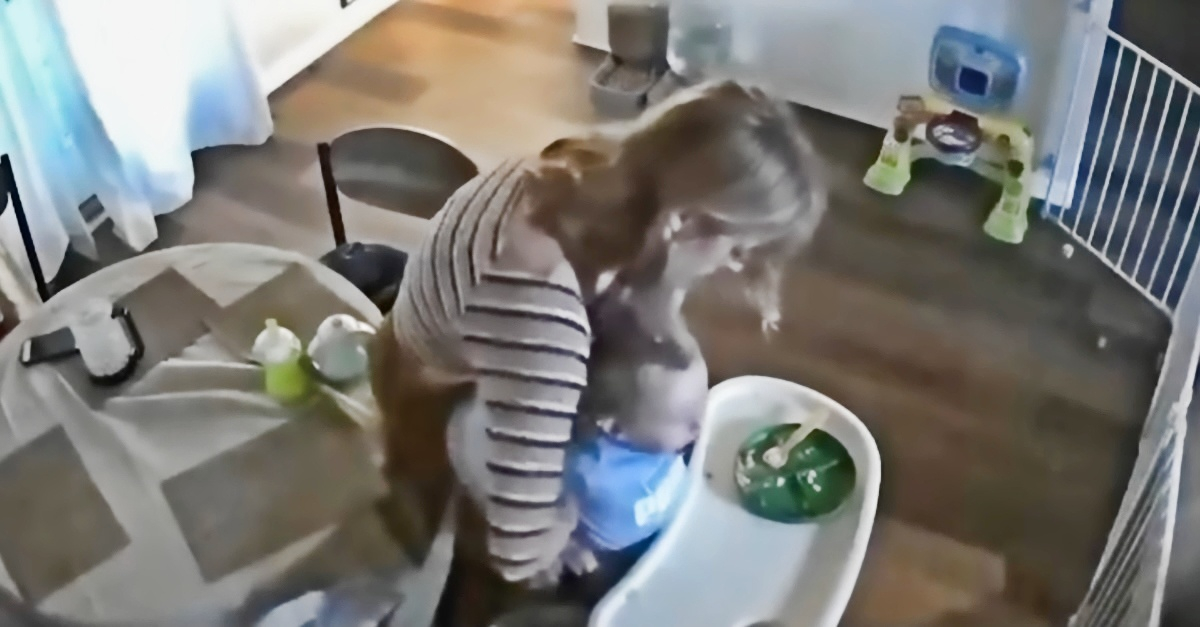 Every day, no, every second that passed was like living in a nightmare.

She sat in the middle of her little girl’s bedroom and cried until her throat turned raw. No one had any answers. And it would be an entire month until a clue would surface – one that would tear an entire family apart.

For Nancy Jacobs, moving to another city was the much needed changed her family craved.

First, her husband landed a great job. Second, their 5-year-old daughter, Cindy, would be starting off in a great school. But there was one more sparkling ray of light that Nancy couldn’t help but smile at.

Putting the extra miles between her and her husband’s family was going to be essential for their happiness.

On her side, her divorced parents were bitter people who couldn’t go more than 5 minutes without arguing or trying to make her choose a side in their petty fights. But on her husband’s side, things were just as bad … if not worse.

To say his mother had control issues was an understatement.

Everything had to be her way or the world would end and she would take everyone with her. The dad was an ultra-snob who thought Nancy was holding her husband back from greatness. That’s why moving away was a good thing for her family – at least that’s what she thought.

She packed her daughter’s lunch, kissed her husband goodbye as he left for work, and then buckled down to start her remote advertising job. But when the clocked ticked over to 3:30pm and her husband walked through the door without their daughter, her lungs stopped working.

“Where’s Cindy? I thought you were picking her up?”

Her husband’s face turned pale. “The school said you did.” The fear spilled out on both their expressions. Nancy grabbed her phone and dialed the school. The nightmare had begun and would only get worse from there.

No One Saw Her

A flood of calls went out to everyone they could possibly think of.

The cops were first on the scene – there was no such thing as a 24-hour wait period for a missing child. The school frantically reached out as well, prodding every parent for information. Nancy bawled on the sofa as every call ended the same way – no one knew where their little girl was.

Days passed and horrific images swirled through her mind.

It was every parent’s worst dream. Friends would check in now and again, giving sympathy and asking about updates. Their horrible families just blamed Nancy and her husband for being bad parents. Days turned into weeks. And, by the time the 1-month mark came around, she felt like a petrified shell of a woman.

When the phone rang, and her mother-in-law’s number appeared on the screen, she passed the phone to her husband. She couldn’t deal with that woman’s lecture today. But as the conversation unfolded, her husband’s expression changed.

His furrowed brow popped up in surprise.

What he said next, made her heart beat a mile a minute. “What was that?… No, in the background… No, it’s not nothing! Do you have her?!” Nancy couldn’t breathe. The truth finally came out.

Nancy gripped her phone for dear life as her husband dared to run as many red lights as possible.

The tiny voice on the other end of the phone was enough to make them call the cops. And by the time they arrived and saw the flashing lights … and their little girl wrapped in a colorful blanket, they cried with happiness. She was okay! But what had happened?

The story unfolded like something out of a movie.

Her mother-in-law yelled at the cops, calling them every name under the sun. She sneered how Nancy was an unfit mother and their granddaughter was better off with them anyway. Her father-in-law tried to keep her quiet as he called their lawyer.

The mother-in-law had showed up at school and picked up her – somehow circumventing the parent-checks the teachers had put in place. Their little Cindy had no idea what was going on. All she knew is that grandma was there to take her for a long visit.

The woman’s fury was unbridled as she lashed out a Nancy for ruining her son’s life and at her son for abandoning his mother. She was a grandmother and “had every right” to take her granddaughter for visits whenever she wanted.

Nancy held her daughter tight and bawled into her husband’s arms.

The crazy woman had lied right to their faces about their daughter. The cops also discovered she had made a copy of their house key. Apparently, she had even gone as far as to look for new schools for Cindy – ones that were in their old city and where the grandparents lived. This was just the tip of the disturbing iceberg.

Through the course of the coming investigation, several troubling details came to light.

The first revolved around her father-in-law. His story was that his wife said Cindy would be staying with them for a while because Nancy and her husband “just couldn’t cope” – as if having a child was too much for them and grandma was there to recue them.

As if the story wasn’t bad enough on its own, the fact that his father didn’t question the situation whatsoever – in fact, he had uttered a strongly worded “See? I was right.” In his mind, it was the first step to freeing his son from benign responsibilities and poor choice of wife he shouldn’t have got himself into in the first place.

However, it would be at the trail that Nancy and her husband would have to use every ounce of self control not to sprint across the courtroom and batter the horrible grandparents with the bible they had sworn on.

The pair took the stand in turn, and the horrible drama continued.

There were arguments of grandparents’ rights that were countered with the fact that no parental consent had been given.

They claimed they had been told they could visit any time, which was a blatant lie, and in their minds, it was every allowance to do what they did. But when Cindy was asked to tell what she had seen and heard, Nancy couldn’t control her tears any longer.

The courtroom had been emptied to the bare minimum of participants. Even with the gentle words and coaxing smile from the judge, Cindy sat at the stand looking lost and scared.

The questions were simple, but “Why did grandma say you had to stay with them” would be the final nail in the grandparents’ coffin.

Cindy’s eyes darted around the room and her own tears quickly formed.

“Grandma said mom and dad didn’t want me.” Nancy slumped into her husband’s arms. How could two people be so completely vile? They had kidnapped their child, lied about it right to their faces, and, on top of it all, play emotional games that even an adult would have a hard time enduring.

As if things weren’t already unbearable, Nancy’s parents had shown up and lurked near the back of the courtroom, ready to accuse her of making the worse possible choice in a husband.

It seemed the war had extended all the way to the peripherals of the family unit. But what would be the final outcome?

Even if the judge didn’t give his personal comments on the matter, the look in his eyes spoke volumes.

He was as disgusted as Nancy. The sentence came down the satisfying results. Not only would there be jail time for the mother-in-law, but a restraining order for both of them. They sat at the opposite table, fuming.

Nancy and her husband took Cindy from the courtroom, still feeling the weight of the events.

But as least there was a fitting ending to it all. It would take a long while to recover, but they were ready to move forward. The last matter left to deal with was the school – and those that had skimmed over the very clear policy in place.

Not Off The Hook

The teacher in question was suspended and the rest of the facility given in depth reminders of procedure and what could happen if those rules were ignored.

But the crazy mother-in-law wouldn’t be in jail forever. She would eventually get out – and there was no knowing if she would stay away. So, there was on final thing to do.

The first was a code word – something that only the three of them knew. And if anyone tried pick up Cindy and didn’t know it, she knew to call for help. Next, Nancy went nuts at the electronics store.

She set up cameras everywhere – there wasn’t an entrance or window that wasn’t covered. After the hellish month of thinking the worst had happened, no one could blame the family for making sure it would never happen again.