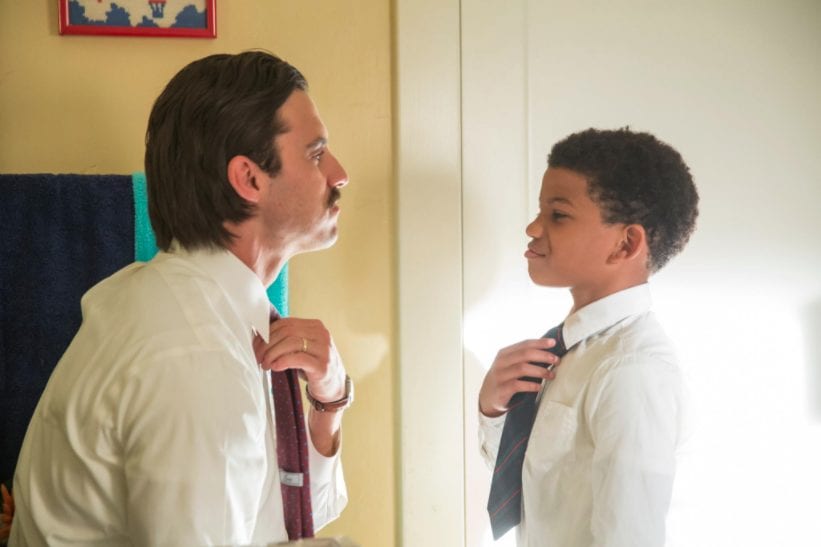 After the Super Bowl, NBC’s breakout drama This Is Us finally revealed how beloved father Jack Pearson lost his life, taking the mystery out of a heart-wrenching death that viewers have been waiting for a year and a half to solve.

It’s still pretty recent, so we won’t get into the details of Jack’s death to avoid spoiling it for those of you still catching up – but even if you’re not watching the NBC megahit, it’s pretty likely that you have seen countless photos mourning the lost character on social media. It would be hard to ignore the shared grief even if you wanted to, and Milo Ventimiglia’s much too handsome to miss while scrolling down your feed, anyway.

The despair may seem a bit blown out of proportion, but it’s probably because audiences are no stranger to TV series-induced heartbreak via TV character deaths. Avid television watchers are exposed to a lot of pain throughout their series fandom. You’ve probably experienced some of it yourself at one time or another: the dreaded “show hole” you fall into once you’re done binge-watching a new series you fell in love with, the very real tears you cry when your favorite couple shares a heart-wrenching breakup on screen, and – of course – the emptiness you feel when Game of Thrones kills off another one of your favorite characters. (Remind me: Why do we do this to ourselves again?!)

Still, it’s better to have loved and lost than never loved at all. Here are five of the most unexpected, heartbreaking and earth-shattering TV character deaths to grace our television screens (and, yes, spoilers are included):

Similar to Jack Pearson’s very publicly mourned death, chances are you’ve heard of Marissa Cooper’s fateful end on The O.C. even if you’ve never seen it.

Fox’s hit teen drama decided to tear out our hearts with absolutely no warning during its third season finale in 2006. After graduating from Harbor High School earlier in the day, Marissa’s on-again-off-again boyfriend Ryan Atwood was driving her to the airport for a yearlong stay with her father in the Greek isles when Marissa’s bad news ex-boyfriend Kevin Volchok shows up and starts ramming into Atwood’s car. He ran them off the road in a fit of rage, and a furious Marissa refused to talk to him him before leaving.

It’s not enough that Marissa was fresh off of graduating high school and being carried from a burning car by her equally gorgeous lover – no, one of the countless covers of Leonard Cohen’s Hallelujah cued up to twist the knife in your gut at all of the saddest parts, too. As you can imagine, people went crazy with grief. Not to mention the creator of the show is apparently still haunted by her ghost.

You can spend your entire life slaying vampires, but you can’t protect the people you love from dying of natural causes. That’s the heartbreaking message Buffy the Vampire Slayer sent when Buffy’s beloved mother Joyce Summers died from an unexpected brain aneurysm in season five.

Though Joyce didn’t know about her daughter’s vampire-slaying side job during the first two seasons, she comes to accept Buffy’s role as “The Chosen One” and even once tried to tag along to learn more. And despite all of the supernatural drama that made Buffy the Vampire Slayer a hit, the show was always anchored by its realistic mother-daughter relationship, a dynamic that stayed true until the end: Buffy was on her way home to tell her mom about a new possible romance when she found her unresponsive on the couch.

Buffy may have been protecting the world from vampires for years, but it’s Joyce’s untimely death that fully forces her into adulthood.

Lost regularly forced its viewers to say goodbye to their favorite characters with little to no warning long before Game of Thrones and The Walking Dead made it commonplace to consistently and unexpectedly kill off its major players.

Though there are many heartbreaking TV character deaths on Lost, the final moments of self-sacrificing Charlie Pace are some of the most devastating. Charlie’s ultimate end is first introduced when fellow “lostaway” Desmond tells Charlie he had a vision of him drowning in an underwater station on the island, followed by a vision of Charlie’s girlfriend Claire and her son being rescued – suggesting Charlie must die in order for them to reach safety.

Now it gets complicated. As I’m sure you’ve heard, Lost has an extremely convoluted plot, so please bear with me.

Charlie accepts the suicide mission and swims to the underwater station, where he runs into two women who beat him up and interrogate him until another antogonist, Mikhael, shows up and shoots them. Charlie then is able to turn off the station’s signal jammer and receive a message from Penny, Desmond’s girlfriend out in the real world, and finds out she isn’t one of the “rescuers” on a boat 18 miles off the shore … but before he can fully process this new information, Mikhael reappears outside the station window and blows it up, letting water into the chamber.

Charlie, fully accepting his fate, manages to close the door to the chamber before the window breaks open, separating himself from Desmond (who has now reached the underwater station) and ensuring he will be the only casualty. He writes what he learned from Penny on his hand and holds it up to the window of the chamber door, passing on the valuable information he learned to Desmond before he drowns.

Phew. Got all that?

The worst part? Claire and her son didn’t get rescued after Charlie died, meaning only part of Desmond’s vision came true … and Charlie is gone anyway.

Fans were floored when Omar Little, arguably one of the most popular and complex characters on HBO’s crime drama The Wire, met an abrupt and unexpected end in the middle of season five: an unprovoked gunshot to the head from a middle school boy named Kenard, a minor player in an enemy drug gang.

Omar was known for robbing drug dealers on the streets and had survived countless street wars, so no one was expecting him to meet his end buying a pack of cigarettes from a corner store. Even worse, there’s no obvious reason Kenard pulled the trigger besides to prove he could. He wasn’t scared of Omar – he even stayed when other kids fled as Omar hobbled toward them, injured from a recent, much more dramatic brush with death that ended when he jumped from a six-story-high balcony.

Kenard just wanted to prove he could take down a street legend whose limp made him seem not quite as legendary anymore, and he broke all of our hearts in the process.

When it comes to the never-ending list of heart-wrenching deaths on Grey’s Anatomy, you’ve definitely heard of McDreamy (aka medical heartthrob Patrick Dempsey), Meredith Grey’s husband and great love who died in a car crash. You may have even heard of Denny, a heart patient and love interest of Izzie Stevens, who finally gets a much-needed heart transplant but dies of a stroke from complications soon after. But Lexie Grey’s death in the series’ season eight finale is a whole different level of sad.

First of all, she dies in a plane crash, which makes the whole scene feel like a weird, emotional cross into the world of Lost that we dove into earlier (RIP Charlie). Second of all, she is with the love of her life, on-again-off-again boyfriend Mark Sloan (aka McSteamy), who is so deeply in denial that she won’t make it that he tells her he won’t hold her hand because she’s not dying. Knowing that she is, in fact, dying makes this 5 billion times harder for the audience, and it only gets worse when Mark finally accepts this may be their last moment together. He tells Lexie: “I love you. I have always been in love with you. I will always be in love with you. Which is why you have to stay alive.”

Okay, excuse me for a second, I’m just losing it.

Lexie, of course, does not stay alive … but Mark does die shortly after during the season nine premiere after being taken off life support, presumably from complications from the crash. At least, after five seasons of back and forth, Mark and Lexie finally get to be together.

What TV show character’s death broke your heart? Let us know in the comments below!

You probably need a TV show pick-me-up now, eh? Cheer up with this list of TV weddings that made us ready to walk down the aisle.