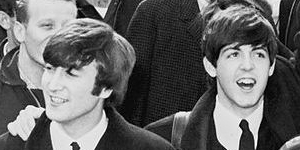 Part of what we love about music is all the drama that goes along with it. We construct these ideas of musicians in our heads, and when they do ridiculous things it either reinforces that idea we have or it shatters it completely. For anyone living his or her life in the spotlight, drama is inevitable (I’d argue its part of human nature). So when you’ve got big egos battling it out for the spotlight, things are bound to break…

5 Janis Joplin vs. Big Brother and The Holding Company 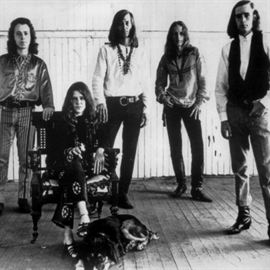 Undeniably one of the queens of soul and blues vocals, Janis Joplin and her split from Big Brother & The Holding Company is one steeped in rumors. From inter-band romance and strife, to Janis’ desire to simply go solo, Big Brother was eventually overshadowed by Janis’ huge shadow. Even after her death, Big Brother was always a band associated with Janis’ groundbreaking and irrefutably moving vocal talents. In the end, victory cannot be given to either. 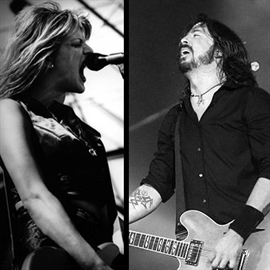 One of the most ridiculous feuds of all time. Love’s impact on the musical world is debatable. Hole has some great songs, but as it stands, Love is famous for being a train wreck, and she’s proud of it. The feud between her and Dave“the nicest guy in rock n’ roll” Grohl has exploded in all realms of media attention – even Twitter. Anybody else remember her Twitter attack on him for sexually harassing Frances Bean Cobain? Or claiming he was trying to weasel her out of money? Or that his warped love of Kurt Cobain influenced his choice of his drummer?Or that his obsession with HER lead to him naming his daughter Violet? I could go on, but I won’t. No one would dare accuse Love of not being Kurt’s wife, so why must she insist that Grohl is less than he is? While Grohl continues to put out solid, heartfelt music, Love continues to attract media attention for being unstable and brash. Love loses more points for taking cheap shots (over Facebook!! how juvenile.) at KristNovovselic (who might actually be the nicest guy in music) during the recent concert to benefit Hurricane Sandy victims. An impassioned victory goes to Dave Grohl! 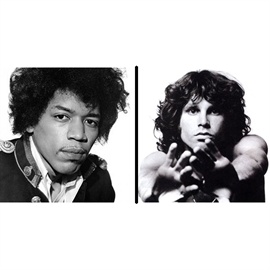 A feud started more by Morrison than anything else, the battle between the voodoo child and the lizard king waged and waged until they both ended it, respectively. Hendrix’saccidental asphyxiaoccurreda mere eleven months before Morrison’s heart failure. Both musical geniuses, they volleyed for the title of who was the most outrageous. From Hendrix mimicking sexual acts with his guitar, to Morrison being arrested mid-gig for simulated self-pleasuring, the two were constantly in conflict over who could push the envelope farther. In the end, however, Morrison acquiesced to Hendrix’s talent when he saluted his (and Janis Joplin’s) death, and declared he’d follow suit. In the end, a tie must, and sadly, be declared. 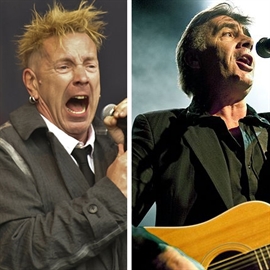 One of the funniest feuds I’ve been privy to, the long gone Sex Pistols front-man vs. original bassist is still a topic of discontent. Legend has it that he was kicked out of the band for liking The Beatles. Whether that’s true or not, being ‘conservative’ in comparison to his band-mates was a sore spot amongst The Sex Pistols, and he was eventually replaced. Tensions ran rife between Johnny Rotten and Glen Matlock – a fire fuelled by Malcolm McClaren (the kingpin of the punk scene in 70s London). Matlock claims he left the band because he was “sick of all the bullshit”, and you have to wonder how much of that bullshit was Rotten’s causing, or McClaren’s. Or, maybe, being a teenage Sex Pistol was just too much for the Beatle lover. Either way, of all the musicians to come out of The Sex Pistols alive, Matlock is certainly still going strong, while Rotten seems to cling to the heydays of his youth. Victory goes to Matlock! 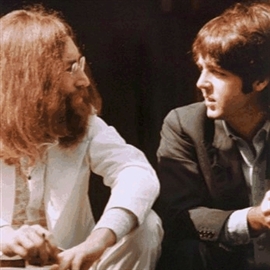 Perhaps one of the most famous feuds in the history of music, the war between Lennon and McCartney seemed to end only when Lennon was tragically murdered. It started as one might expect over who got credit for what – only it was pettier than that. On their first UK Single release “Love Me Do” was credited as “Lennon-McCartney”. On later releases, it was credited as “McCartney-Lennon”. OOOOOH BUUUUUURN. Seriously, can’t we just chalk it up to alphabetical order and move on? Apparently not. Not when you’re the biggest band under the sun, creating the most innovative music of its time. It was the seed of strife between the two, which would only be inflated by Yoko Ono’s very presence, and the continued creative differences amongst The Beatles. In the end, unfortunately, McCartney has had the last word.

These feuds represent the dark side of what it means to be in the limelight. We often like to surround ourselves with people we think like us, yet challenge us to continue to grow. When this desire is put into the spotlight, it is amplified tenfold and the fallouts that can eventually come with interpersonal relationships are that more dramatic. Whether for our viewing pleasure or not, these feuds have fuelled part of the public’s idea about who a given musician is. Without their sparring partner, there is a huge chunk missing. You know what they say, keep your friends close and your enemies closer.