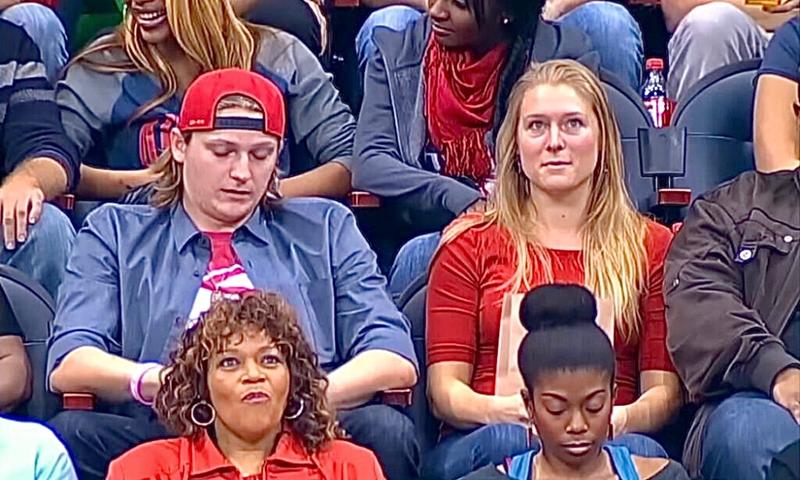 Louisa couldn’t believe it. She sat there frozen, how could he have done this to her in front of thousands? He was her soulmate, but it seemed like the four years they’d spent together had meant nothing to him. She was prepared for the embarrassment that would follow.

She knew that no one would forget this, her friends would remind her when she’s in her 80s sitting at the old age home eating porridge. Then an idea came to her. She would get back at her boyfriend for what he had done. She wanted him to feel as embarrassed as she did.

Louisa felt like she was living a great life. She had an amazing apartment in the city, she was hired by a great company and she even had her the love of her life by her side.

Louisa felt that nothing could ever ruin her perfect life. Then one day that started just like any other, it changed. She felt the panic as her entire life felt like it was going belly up.

For four years Louis had been with her boyfriend Marc, as far as she was concerned they were the perfect couple. Marc was an amazing boyfriend and always treated Louisa just right. He would always be selfless and send her flowers or gifts.

They both felt like they had found their soulmates, nothing could ever come between them, or that’s what they thought. They would soon find that something would create a bump in her relationship.

Marc loved basketball almost as much as he did Louisa. His team was the Brooklyn Nets and he would always take time on his weekend to cheer them on. Louisa was okay with Marc’s obsession with the sport. She had her shopping obsession herself.

Louisa had found the perfect gift for her boyfriend. It was his birthday and she knew she’d have plenty of brownie points for making his day so special. But she couldn’t have known the repercussions this gift would have.

On the morning of Marc’s birthday, he excitedly ripped the wrapping paper off of his gift. To his amazement, it was two tickets to see the Brooklyn Nets play the Atlanta Hawks. He couldn’t contain his excitement.

Louisa smiled at him and said: “I’m coming with you.” Marc smiled back and gave her an enormous hug, he was so happy. He loved Louisa more than anything at that moment. Unfortunately, the couple didn’t know how cruel the twist of fate can be.

The big day had arrived and the couple were finally sitting in the arena seats. Marc sat in excitement and Louisa was happy she had given him so much joy.

The couple had beer, snacks, and smiles across both their faces. They were keen to relax and enjoy the game in the flesh. Louisa suddenly felt a weird sensation in the back of her mind. Something was wrong.

As is tradition, a kiss cam started making its way through the crowd. Couple after couple were amused and had their big moment. Everyone was happy when the kiss cam came around.

But it was something Louisa had seen happen to other people and never thought it would actually land on her. Louisa was surprised but ecstatic when it started coming closer to them. She couldn’t have known what would happen next.

Then there it was, the kiss cam had landed on them. Louisa got ready for her moment of fame while Marc looked down at his beer and clutched it was white knuckles.

What was the issue? Marc seemed to be much more willing to kiss his beer at that moment than Louisa. “Perhaps he hadn’t seen the kiss cam,” Louisa thought. But Marc was all too aware of it.

Louisa tried her best to get Marc’s attention, she wanted him to look at the screen and see that they were up there. Marc just froze there, looking down at his drink still. It seemed like he wished he could be anywhere else other than there.

Louisa was getting angry. She felt embarrassment shoot through her, but what she did next would have major implications.

She gave Marc another chance, but he still would cooperate with her. She could feel all of the eyes on them, she felt so her cheeks flush with embarrassment. She would get him back!

Her pulse was speeding up, she knew she had to act quickly before the kiss cam went off of her. She turned to the man next to her. She had an idea, but was it the right thing to do?

The guy to her left was drinking soda, minding his own business. But when Louisa turned to him and put forth her proposal, he didn’t seem to hesitate and swiftly accepted to participate in her scheme.

Perhaps it didn’t hurt that she was easy on the eyes, either. While her unsuspecting boyfriend still nursed his beloved beer, she did something that shocked the whole stadium.

Before the Kiss Cam turned away, the woman planted a smooch on the lips of the man to her left. Realizing that she had kissed a stranger to get revenge on her crabby boyfriend, the crowd burst into laughter.

The three women in front of them, bemused by the spectacle but too close to the action for comfort, looked simultaneously horrified and entertained. The woman’s boyfriend, though, appeared anything but amused.

She Did The Unthinkable

After the initial shock and disbelief at what his girlfriend had just done, came the anger. He berated her, but she remained calm and looked pleased with her revenge.

So Marc instead stood up and stormed away. Meanwhile, the lucky stranger resumed sipping on his soda, wearing a giant smile on his face. The scene created such a sensation that it was preserved for posterity.

This unique moment of Kiss Cam revenge was uploaded to the Atlanta Hawks’ YouTube channel, and it soon went viral. Having amassed more than six million views, people had different takes on the matter.

Like with many other wild things that get shared online, the skeptics arrived without delay and began casting doubt on the story.

“Seems horribly fake,” remarked a commenter by the name of GrandChamp. Another called the people in the video ‘mediocre actors’ and suggested the kiss had been entirely staged.

Others went so far as to claim the whole episode had been a case of ‘guerilla marketing’ to promote a product – perhaps Sprite, the soda that the kissed gentleman was seen drinking. After all, it wouldn’t be the first time.

Doing It For The Drama

Some stadium production teams have been known to pose as couples who reject kisses or even marriage proposals in order to create drama.

But usually, the purpose is nothing more insidious than just to keep the audience surprised and entertained. It’s also not too far fetched to believe a person could spontaneously kiss a stranger for the benefit of the Kiss Cam. And eyewitnesses defended the veracity of the incident.

As Real As It Gets

A user by the name of Niki Blalock declared to have been at the game, stating, “I was there. It wasn’t fake. My favorite part of the game! He walked out of the building!”

Other commenters agreed, puzzled by the insistence that the occurrence was fake. Perhaps one of those deniers was the boyfriend himself, trying to save some face after being savagely burned in front of millions of people.

Today, the Kiss Cam is a ubiquitous feature of many sports events – but this wasn’t always the case. In fact, they only came about in the 1980s when teams began adding giant video boards called ‘jumbotrons’ to their stadiums.

To keep fans entertained during breaks in the game, they showed live shots of the audience cheering, celebrating, and yes, kissing. The Kiss Cam as we know it, though, didn’t appear until a decade later.

The Birth Of A Ritual

In 1993, the Florida Marlins debuted as part of the MLB. During their inaugural season, the production team at Joe Robbie Stadium created the Kiss Cam tradition in three easy steps: play a romantic song, point the camera at a couple, and show them on the screen framed by a heart.

The ritual stuck, and soon the Kiss Cam became not just a part of sports, but also popular culture.

Many movies and TV shows have had plots that revolve around the Kiss Cam, whether it’s played for laughs or as part of a budding romance.

In Modern Family, Phil Dunphy finds himself having to give an awkward kiss to his attractive mother-in-law, Gloria. But the Kiss Cam has given us plenty of memorable real-life moments as well — and Louisa’s revenge on her uncooperative boyfriend remains a firm favorite.