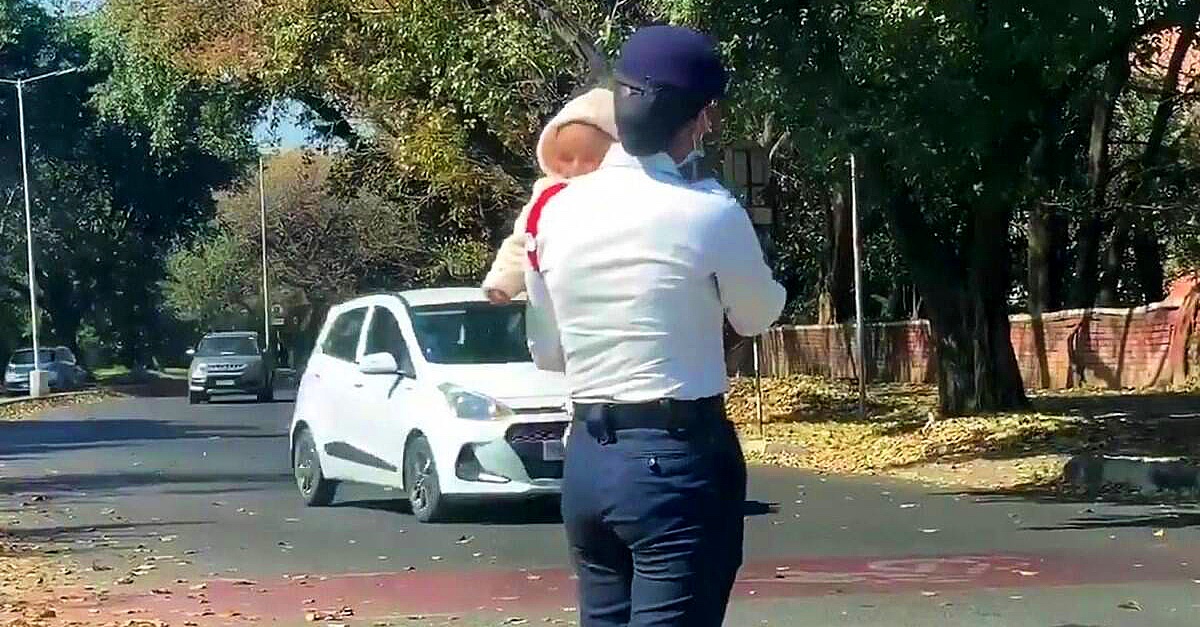 He joined the police force to serve and protect. Over the years, he was a witness to the best and the worst events. He wiped the sweat from his brow. He just had to deliver some bad news–not a great start to the day.

Half an hour in and he was already tired. He always drove the long way back to the precinct to visit the housing estates. But before he could get there, his foot lowered on the break. What was that woman doing?

As a child, John Crawford didn’t know what he wanted to be. But he knew he had to help others. Every day he saw homeless on the street, children hungry, mothers struggling to support their families.

It struck a chord in him. He always made sure to give sandwiches, money, or randomly pay for a stranger’s shopping. Every Sunday he volunteered at his local soup kitchen for a few hours. Unfortunately, he was familiar with the struggles of life.

He would wake to glass breaking, doors slamming, and screams. He wet the bed until he was 14-years old. Then one day, he was woken up in the middle of the night.

He was dressed and outside their house of horrors before he was fully awake. His mother placed his bag on his back and took his hand. It was still dark and they were both terrified, but she knew her 8-year-old deserved better.

The essentials were packed into a single luggage bag which she dragged to the bus stop. They got a one-way ticket to Madison, Alabama. John’s father always said he would never amount to much but over the years, he proved him wrong.

A Career On The Force

John joined the police academy the moment he finished school. And he managed to hold down a job to help support his mother. They lived in a tiny 2-bedroom flat. They scrubbed mildew from the walls once a month.

They were poor, but they were safe. And when he finally became a sheriff, he made sure to take care of her. He refused to let any woman or child go through similar struggles. Sheriff Crawford knew he couldn’t save everyone, but when he saw Rachael, he knew he had to do something.

Rachael Godley Brindley was just 20-years old when she met Ryan. He was a few years older, but she was drawn to him like a magnet.

He quickly became her whole world. She canceled plans with friends and family just to spend more time with him. She couldn’t get enough of his company. But things moved quicker than either of them ever expected.

After the first year, they were married. However, things quickly changed. Rachel gave birth to their first child a few months after becoming newlyweds. Ryan was under more pressure than ever to provide for them.

He took every available shift at work, and she was lucky to see him for one hour a day. And they fought for the majority of that hour. He was successful in his career, but the stress was taking a toll on his relationship with Rachel. But she always went along with his choices because she could never say no to him.

Rachael always believed her husband had good intentions. That’s why when he suggested that she leave work to stay at home with their two kids, she agreed. And even when he missed their plans to stay at the office, she forgave him.

He worked hard to provide for them. He promised to buy her dream home and eventually, he did. But what use was a home for a family that was never together? And when the time came for him to keep a promise, he did the unthinkable.

Rachael managed to redecorate their entire new home during her third pregnancy. Her back ached and her ankles swelled, but she still painted every wall of the house herself. She wanted her children to have fond memories of their childhood.

And after 36 hours of labor, she brought her baby boy home to meet the family. The first four months flew by. Ryan was always home for breakfast and dinner, and he made sure to help more with the kids. Then, he did something that made her question her choices.

When Sheriff John Crawford saw Rachael on her lawn, he took a double-take. He pulled over and ran to her side as she struggled with her baby strapped to her chest. She was weak and tired.

“Everything okay ma’am?” he asked kindly as he helped her up from the grass. “Yes, officer. I just need to sit down for a while. It’s not easy working in this heat.” The child began to cry. The officer couldn’t stand by and watch her suffer.

Was She In Trouble?

He took off his hat and reached for the handle of the lawnmower. “Y’all I thought I was about to get in trouble or something…” Rachael later shared.

But this officer just wanted to lend a hand to a mother in need of some help! Ryan had returned to work a few weeks prior, and Rachael was struggling to manage three kids while running a house alone. The pressure was taking its toll.

She Decided To Do It Herself

“He has been working hard on a work project and hasn’t had time to cut it,” Rachael told. “It was a nice day out and so I thought I’d help my husband out and cut it myself. I enjoy cutting the grass.”

But Rachael underestimated the difficulty of doing tasks while her body was still healing. And little baby Michael wasn’t in the best of form that day.

Rachael explained that when the officer passed, the “sweet” man “stopped and insisted” on mowing the lawn for her. At the time, Rachael was worried.

She was alone with the kids, and a police officer had never approached her before. As if she wasn’t stressed enough that day, seeing a squad car pull up outside her home made her panic. But now, she’s delighted with her surprise visitor.

Ryan later found out about Rachael’s helper for the day. “It’s small in nature, but was a huge help to my wife today.”

The incident has opened Ryan’s eyes, reminding him of the importance of family. Since the incident, he’s made sure to leave work at work and spend extra time with his family. But why didn’t the officer just keep driving?

Although he joined the force to protect and serve, Sheriff Crawford also makes it his mission to be kind and helpful. And after completing the job, Rachael thanked him with a well-deserved tall glass of lemonade.

And understandably, her experience has gained plenty of online attention. It’s not often you meet a stranger willing to help. Someone definitely deserves a special award for kindness!