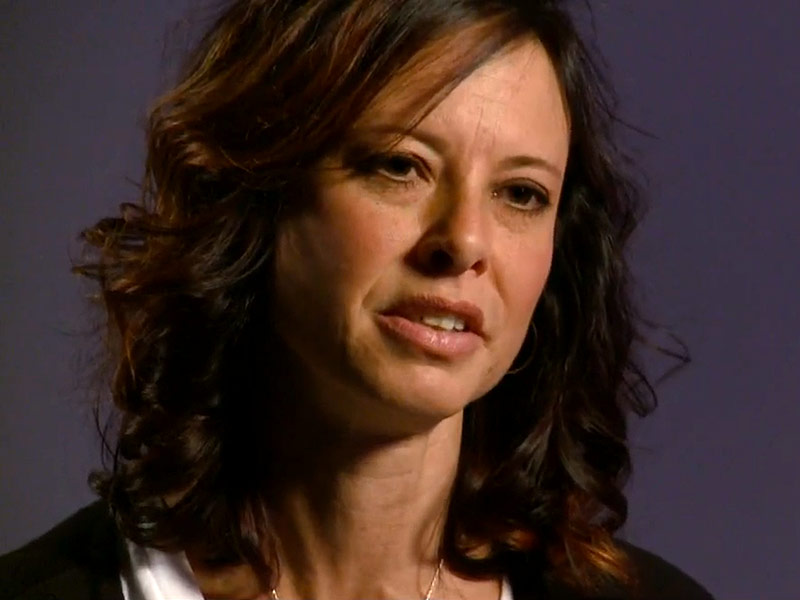 From the Other Side

She knew he wouldn’t respond, but she couldn’t stop herself from picking up the phone. She began to type, and soon she was pouring her heart out. Holding onto this last tenuous connection like a lifeline, she sent the words from her broken heart out into the world. It was silly, she knew, but it made her feel a little better inside. Then, her phone beeped.

With trembling fingers, she opened the message – and saw that it was a reply. But that was impossible. Her son had been laid to rest three months ago. 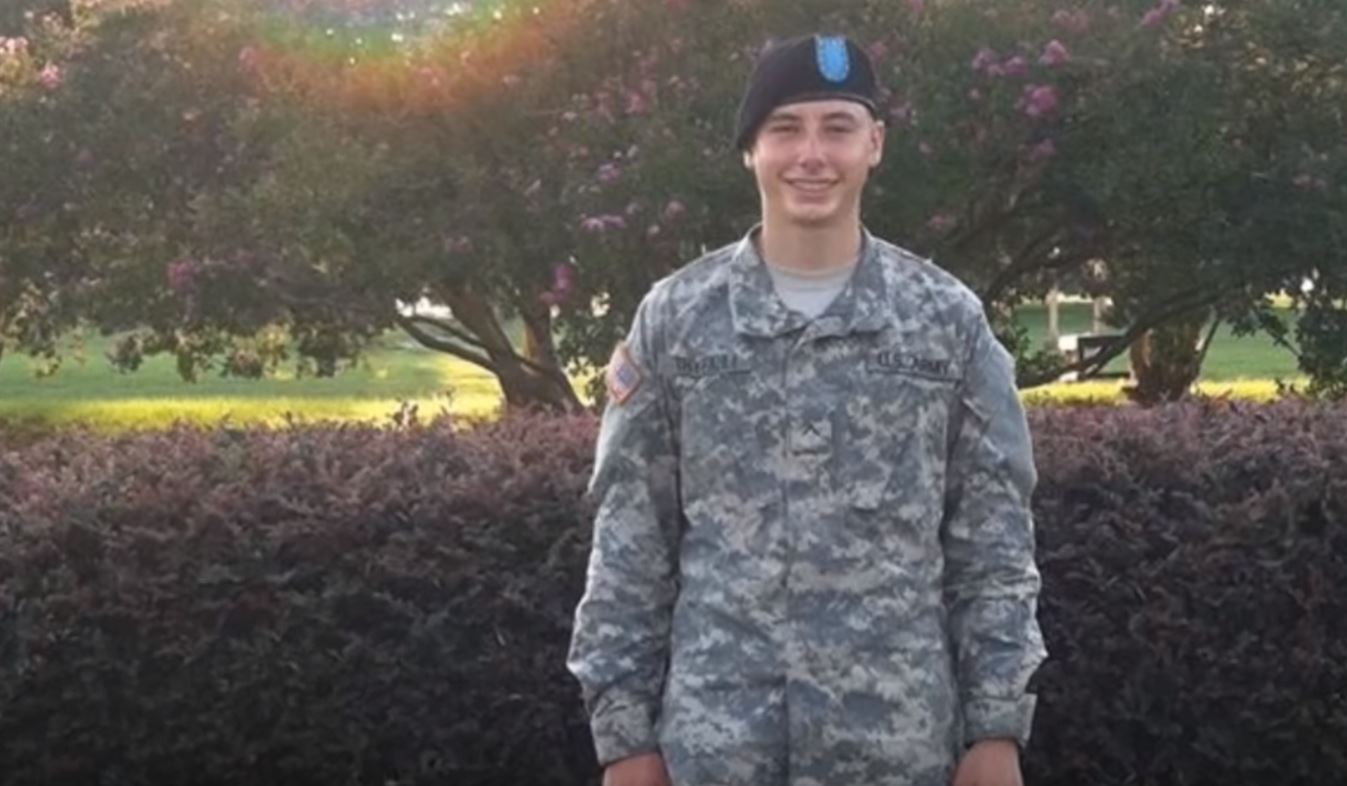 Carole Adler was a devoted mother to Taylor Thyfault, and the pair had a unique bond. So when Taylor made a list of all the things he wanted to accomplish in his life, she supported him and did everything she could to help him make his plans come true. The first thing on the list was joining the army.

Although Carole didn’t want to be the one to stand in her son’s way, she couldn’t help but worry. And she was right to. 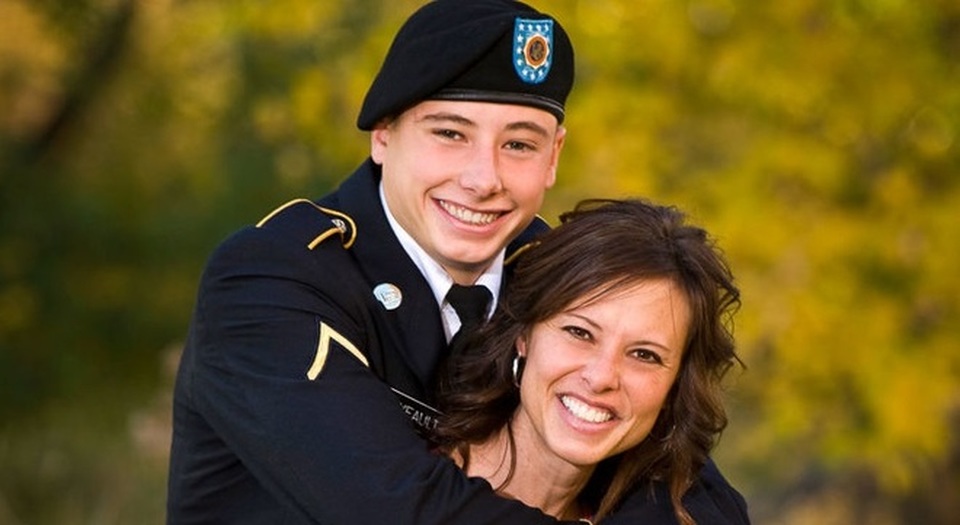 After sleepless nights and long discussions, Carole realized that there would be no swaying Taylor. He enlisted in the U.S. Army and that was that. With item one checked off his bucket list, it was time for him to focus on number thirteen – he needed to build a career for himself.

After serving in the army, Taylor turned his attention to finding a job. He had big dreams of becoming a state trooper. 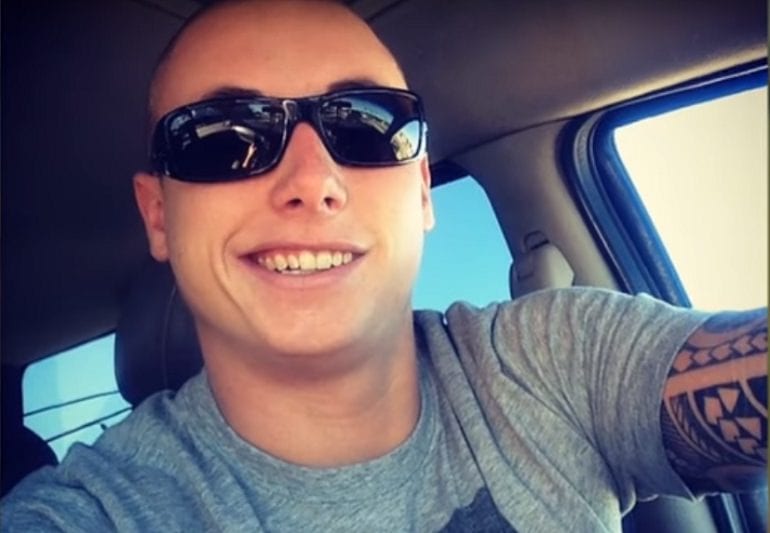 On May 23, 2015, Taylor’s training was almost complete. He was finally free to fulfill his dream of serving and protecting the citizens of Colorado, and Carole couldn’t have been prouder of her son. But before he came home for a much-needed break, he got the call that would change his life forever. Taylor was the passenger in a ride-along with another officer when the fateful call came in.

But that didn’t stop him from texting his mother. She received the message at 7:30. 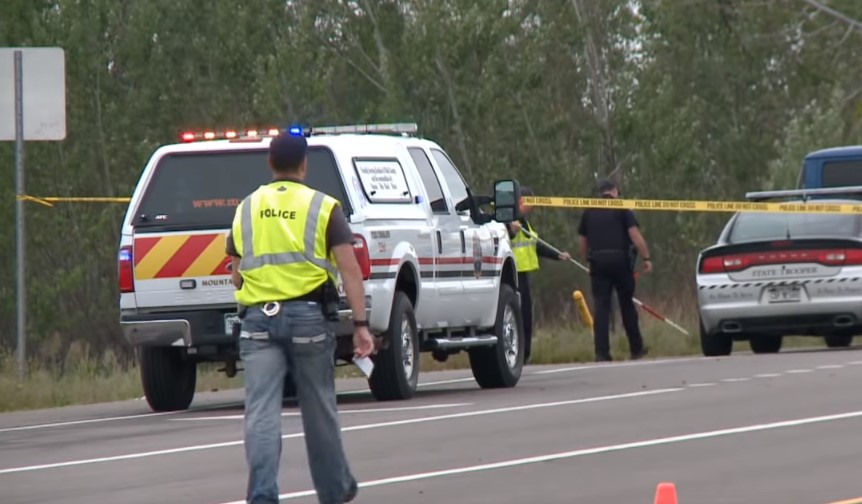 Taylor had thought that he would soon be home, but then the call came in that there had been an accident. Taylor and Clinton, the other officer on duty that day, were tasked with helping at the scene.

The tow truck arrived and began to load the wrecked car. But while they were waiting at the intersection, they were unaware that something was coming their way. 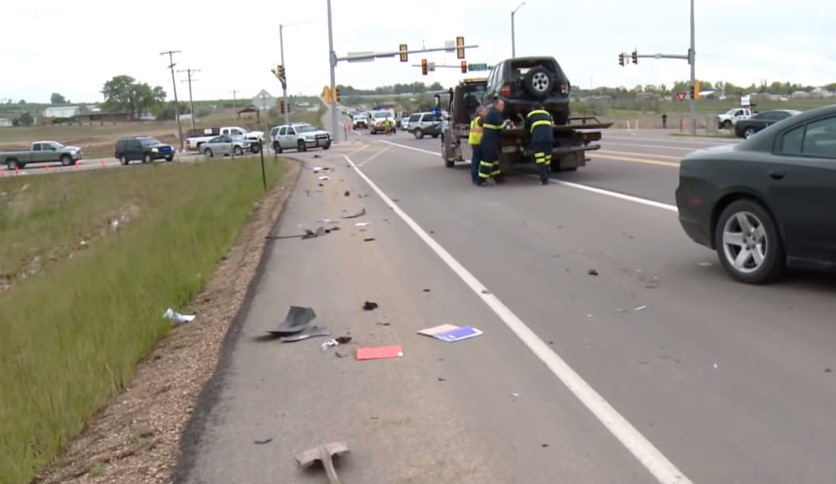 A warning call came in through the radio, the fleeing suspect was coming their way, and law enforcement were hot on his trail. Taylor and Clinton were determined to thwart the perpetrator and bring him to justice. They had to stop him from causing another accident.

But they had underestimated how far the suspect would go in a bid for his freedom. 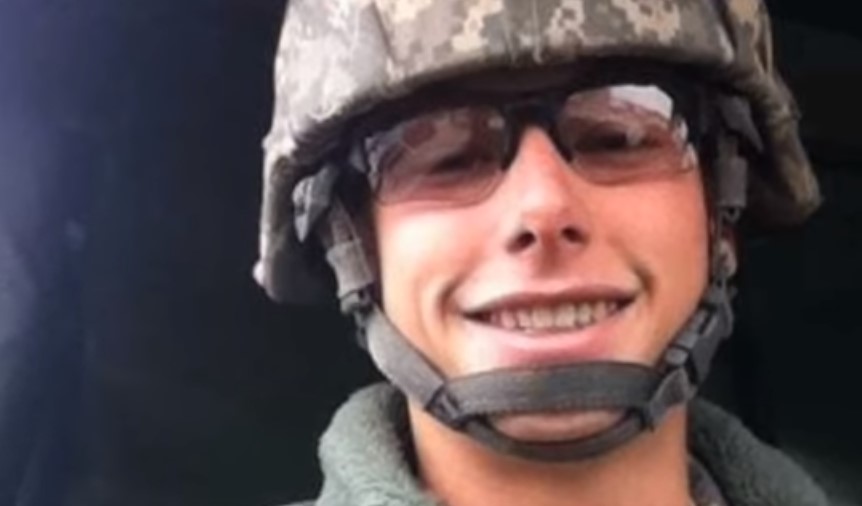 Taylor and Clinton set about placing stop sticks in the road and waited. Suddenly, the man’s car came into view, careening toward them at break-neck speed. The air filled with the sound of sirens and Taylor looked up in dismay. The car barrelling toward them wasn’t slowing down.

He screamed at the tow truck driver to get out of the way, and then everything went black. That’s when Taylor checked another item off his bucket list. 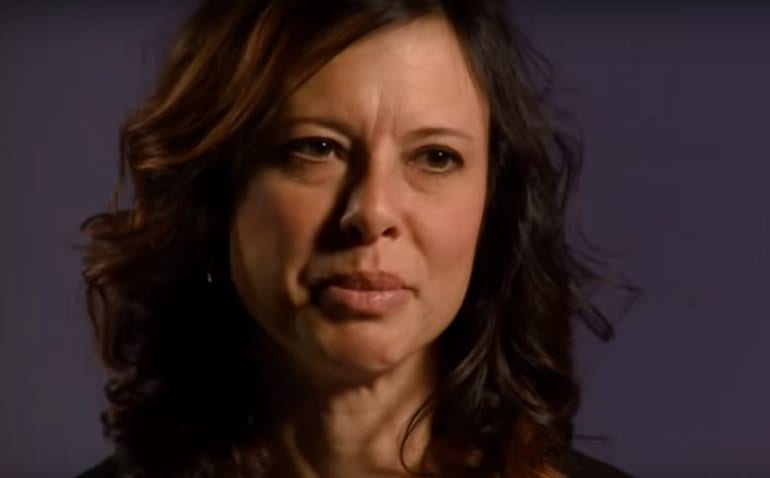 An officer called Carole and when she finally processed what he was saying, her world ended. He explained that the high-speed chase had ended tragically, and Clinton and Taylor had been in the car’s path when it hit.

Carole’s heart broke when she heard that only one of the officers had survived the terrible crash. 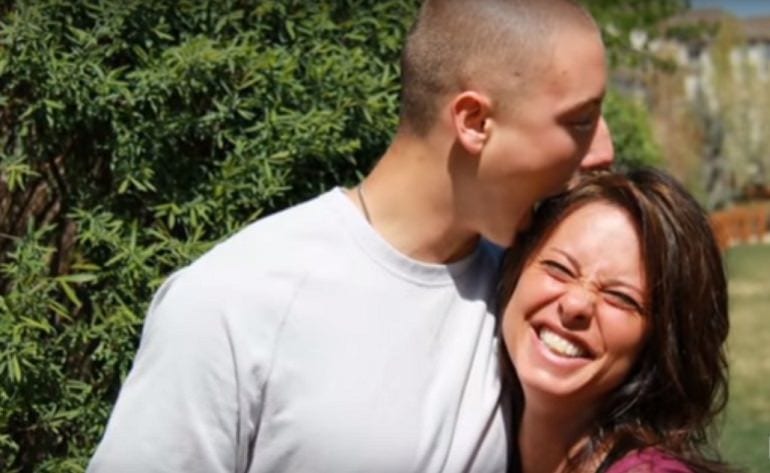 The tow truck driver was lucky to walk away from the scene unharmed, but the two officers, Clinton and Taylor, weren’t so lucky. Carole knew that her son’s life in law enforcement had its dangers, but she could never have imagined that her son would fall while in the line of duty.

Clinton was in critical condition, but Taylor had paid the ultimate price. 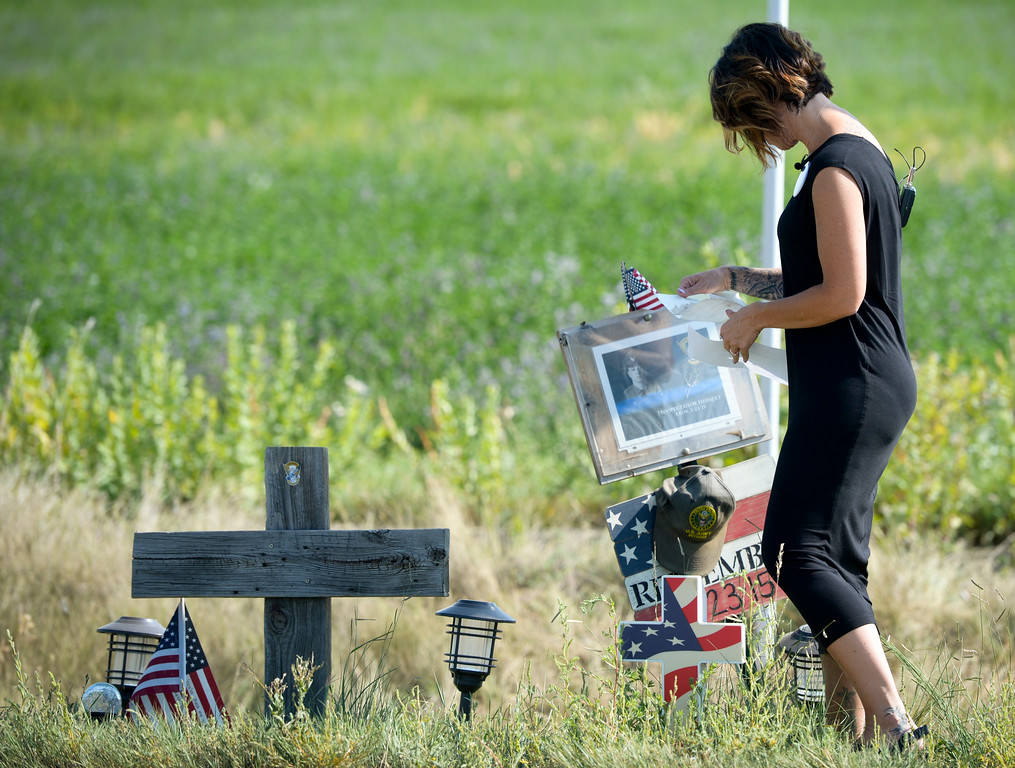 Taylor’s final good deed had ensured that the tow truck driver would be able to go home to his children, but he had made the ultimate sacrifice.

Taylor had been just 21 years old, but even as the car sped toward him he wasn’t thinking about himself, he put the life of another before his own… probably without even realizing that he had just completed another item on his bucket list – number nine. 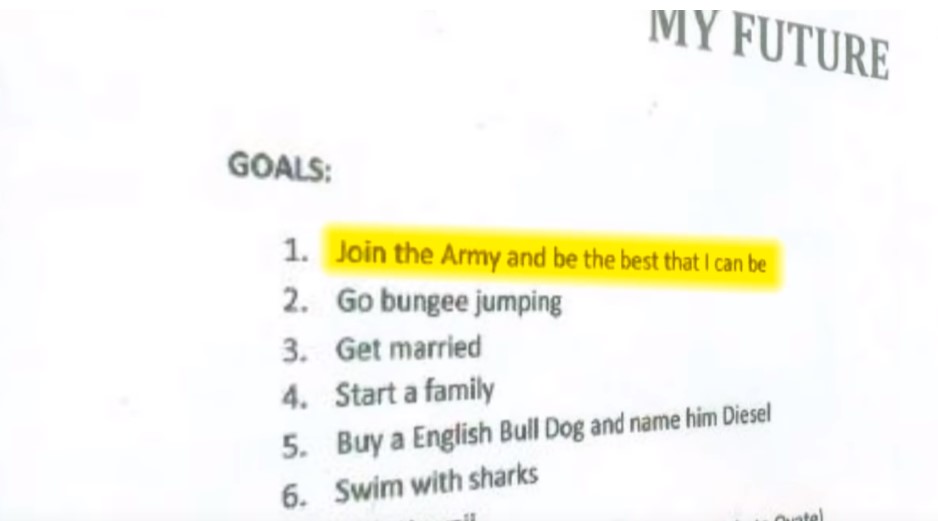 Taylor had written goals such as “Buy my own truck” and “Visit Hawaii” on his long-term to-do list, but he had another aspiration that was far more noble and ambitious. Number nine on the list was: “Save a life.”

Had Taylor somehow known that by saving the tow truck driver’s life, he would lose his own? And what would Carole do now that her beloved son was no longer in the world? 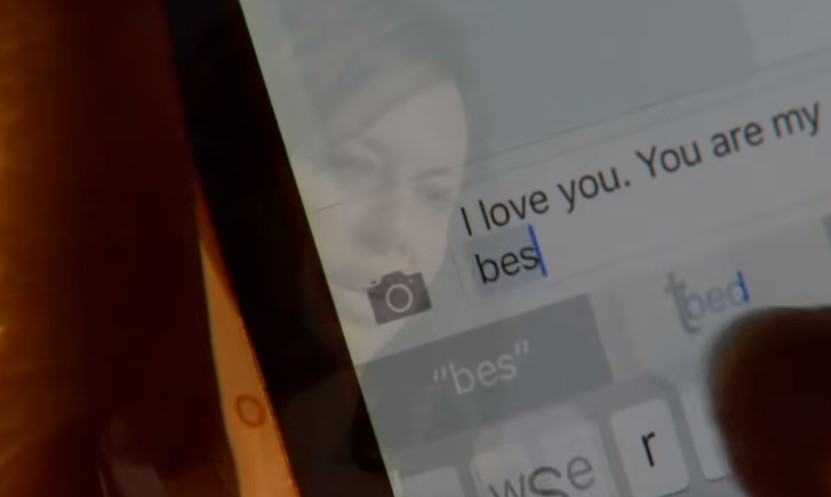 Carole was devastated by the tragedy, and as anyone who had lost a loved one will know, some days were harder than others. Some days, Carole felt like she couldn’t go on at all. She was plagued by grief, and she wished that she could reach out to her son one last time.

That’s when she decided to start texting him again. 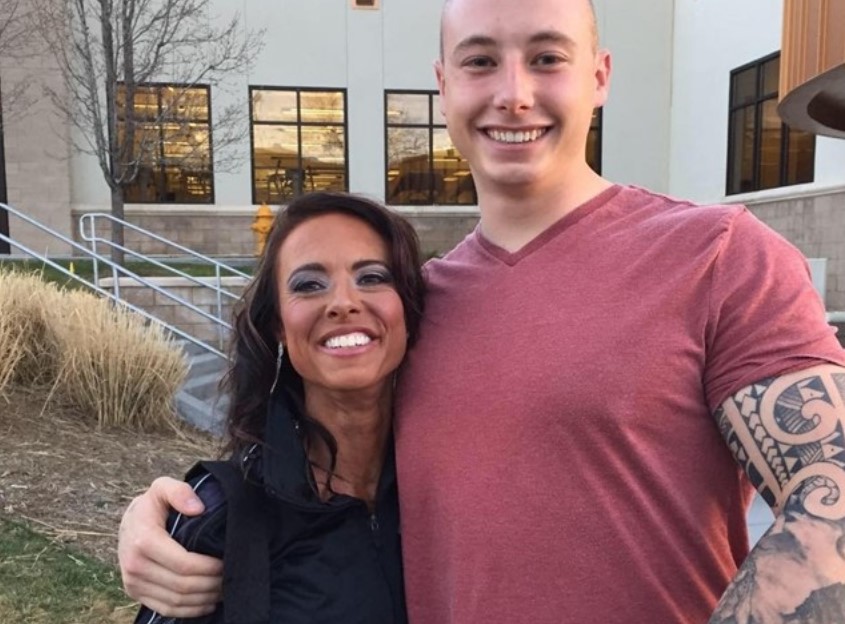 Carole knew that there was no possibility of her son ever responding to her texts again, but she continued to send them. By sending her love to her son, up through the cell towers and into the heavens, she didn’t feel so alone. And these messages helped her start to come to terms with her devastating loss.

Until one night, she got a reply. 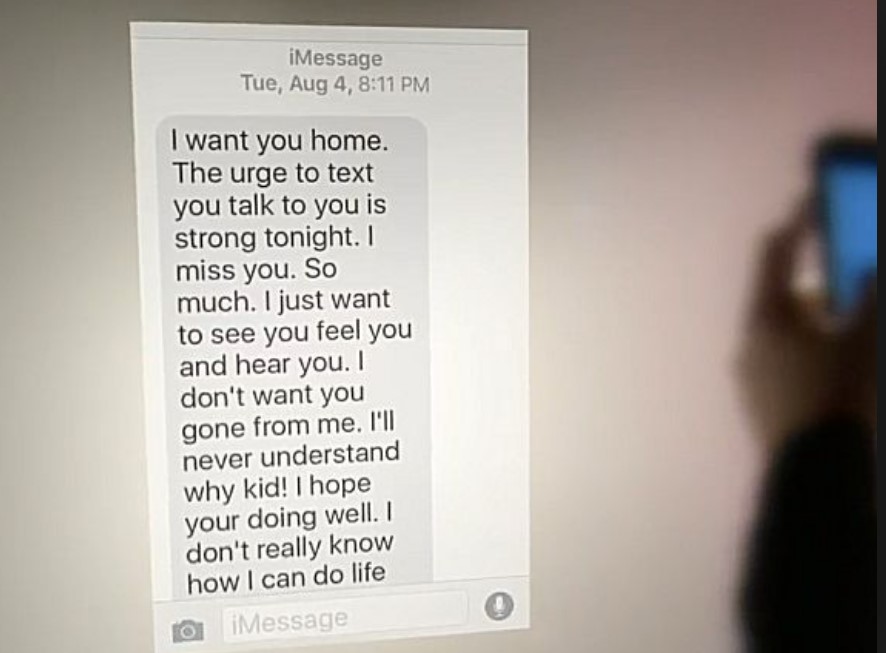 The night of August 4th was particularly lonely for Carole. So instead of writing a short message to Taylor, she decided to write one final, heartfelt one. But this message was different from the others.

In this final message, Carole exposed her aching soul. “I want you home. The urge to text you, talk to you is strong tonight. I miss you. So much. I just want to see you, feel you, hear you. I don’t want you gone from me,” she typed. 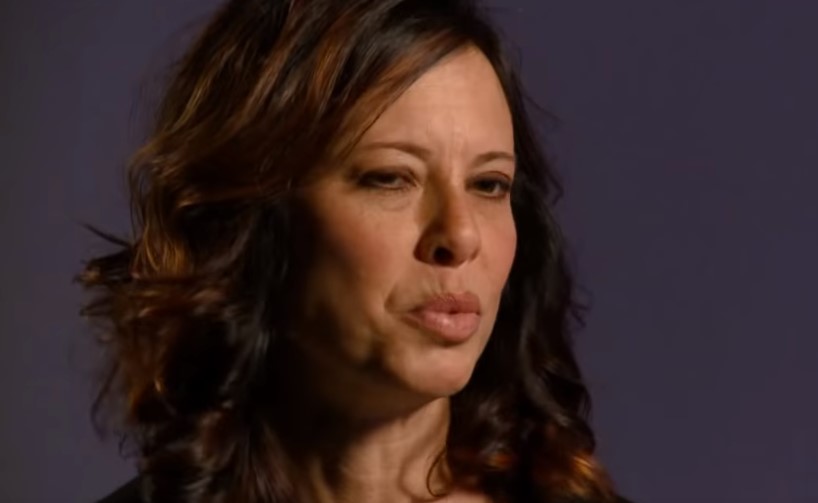 “I’ll never understand why kid! I hope you’re doing well. I don’t really know how I can do life.” With the message sent, Carole felt a strange sense of comfort. She hoped that Taylor knew how she felt, wherever he was. Then, her phone beeped and her heart skipped a beat.

There was a reply to her message. Could it really be? 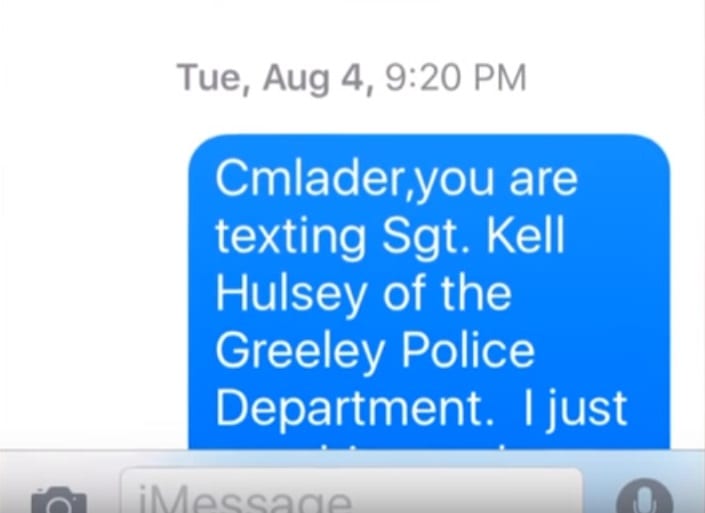 The message read: “…you are texting Sgt Kell Hulsey of the Greeley Police Department.” Then, he explained that he had been assigned a new phone.

After a phone number is no longer in use, the number will get recycled back into the system, and somehow Sgt. Kell Hulsey had received Taylor’s old phone number. The coincidences were staggering. 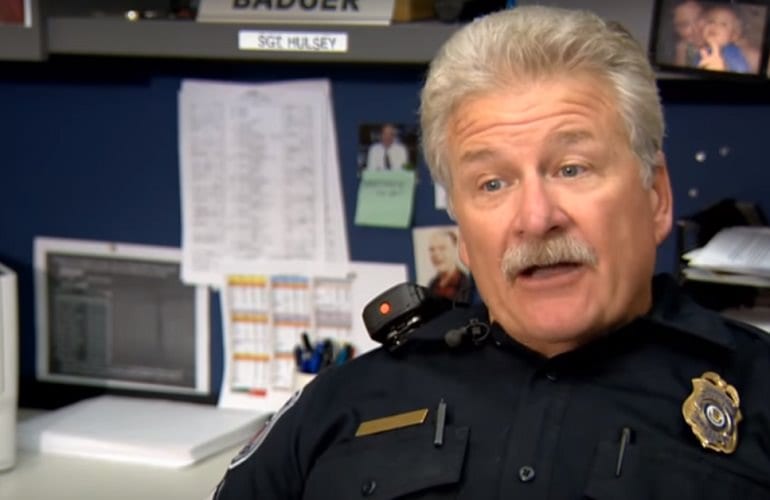 Sgt. Hulsey was floored to hear Taylor’s story and was even more surprised to hear that they had been in the same line of work. He offered to get a new phone number, but Carole insisted that he keep Taylor’s old one.

He then went on to explain that he had been receiving her messages for a while now, but had always ignored them. But this time had been different. 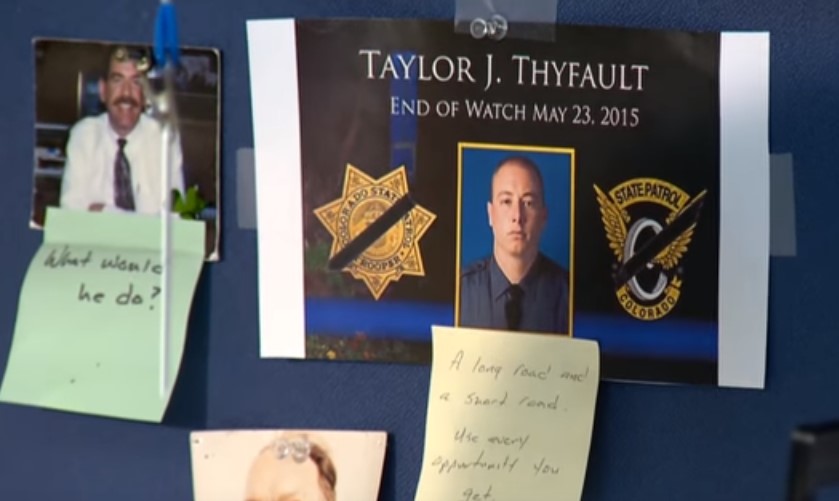 He admits that Taylor was similar to himself when he was younger, and he uses Taylor’s memory to remind himself to always serve and protect to the best of his ability. 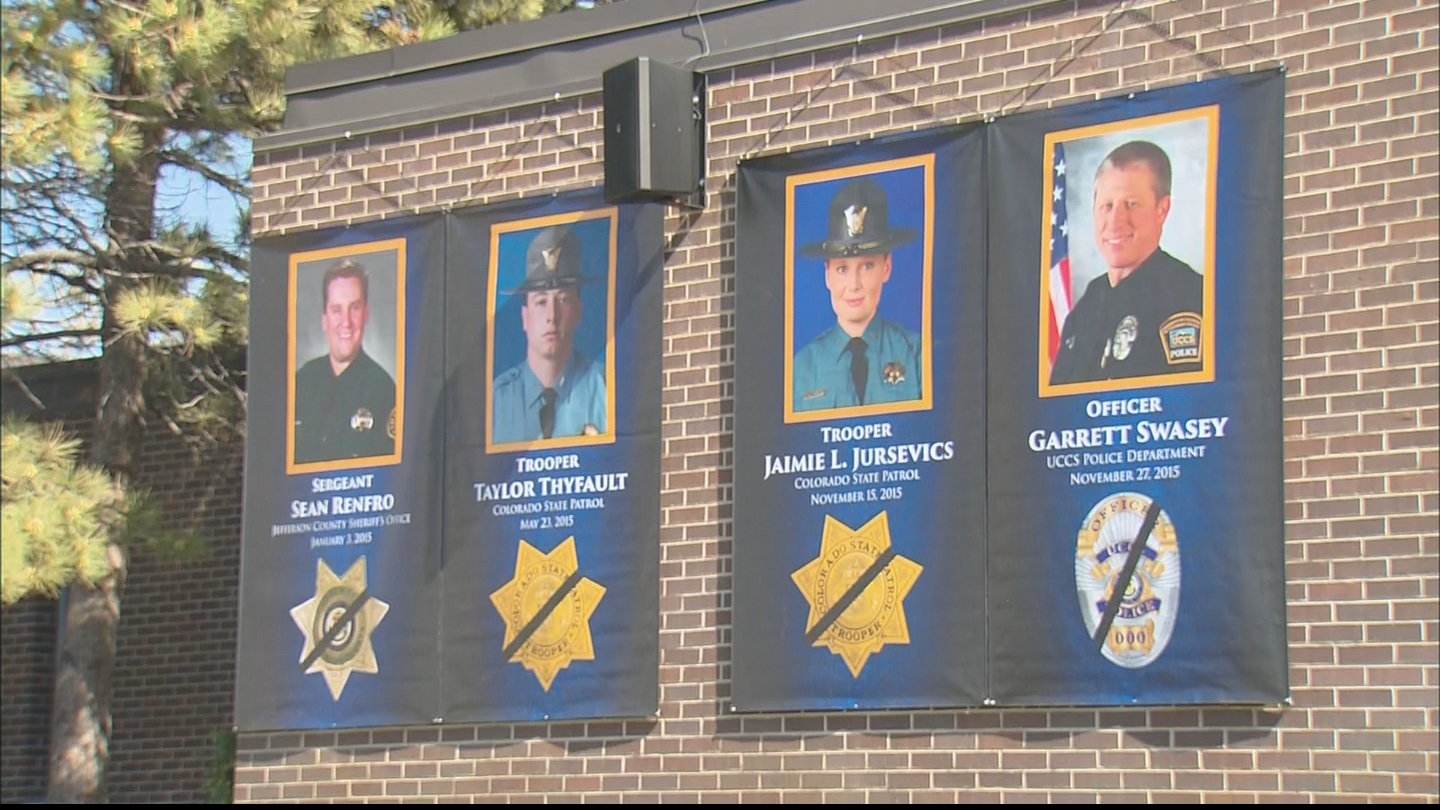 Taylor’s name was added to the national memorial of fallen officers in light of his selfless final deed, and he will be remembered forever. He made the ultimate sacrifice that day, and his spirit will be honored.

Carole remained in contact with Sgt. Hulsey and he continued to offer her words of comfort when she felt the need to text her son. 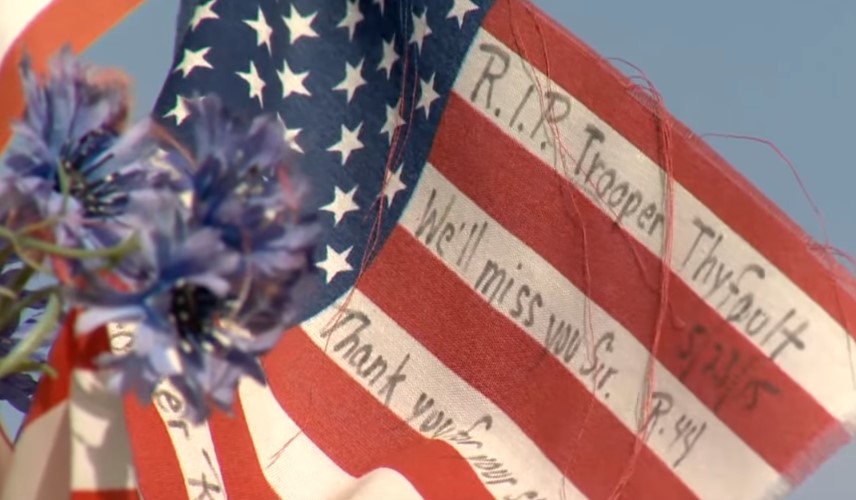 The remarkable coincidence that Carole’s son’s phone number had been reassigned to another man in the same line of work was surely a sign that his life and work will live on through Sgt. Hulsey.

Sgt. Hulsey will pay tribute to the brave young man every day in deed, and his incredible spirit will live on, in a way. Hulsey even keeps a photograph of Taylor on his desk to remind him of why his work matters so very much.