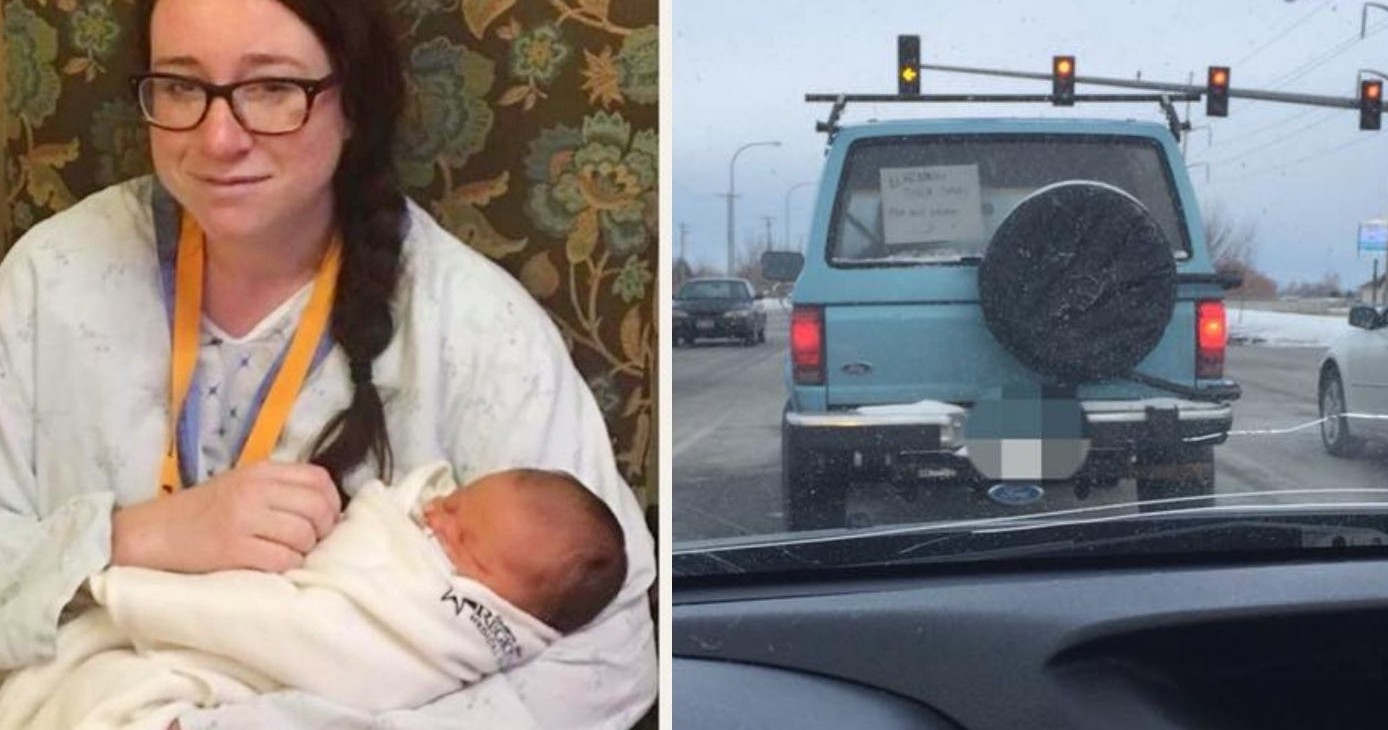 The only car in front of her was an SUV chugging along. She had been right behind it for a lot of her journey. She couldn’t have even passed the car because of the narrow road.

She thought about honking her horn, but she noticed the sticker on the window just as she was about to. It changed everything.

Rebecca Lane noticed that she was running that morning. She knew that she’d have to take a different route if she wanted not to be late. It was a bad start to her days with one of her children being ill.

And all of this happened the week her husband was out of town. She really didn’t need any of this on her plate, but she could still handle things. She was an expert mom, after all.

Rebecca had been a hard-working mom all of her life. She lived a modest life in Colorado. She worked hard at her job but worked harder as a mom.

Everything felt perfect in Rebecca’s life. But then, one day, something seemingly insignificant would change everything and not for the better. It would be a simple car sign.

The event that would trigger Rebecca’s woes would be something that, by all rights, she shouldn’t have seen it. There was such a small chance of her being on that road behind that car.

Rebecca had been raised a certain way. Her parents had taught her strong family values. This meant that she cared a lot about the people close to her but never really did anything for strangers.

Rebecca was a mother. This meant that it wasn’t the first time she had to take her child to the hospital. But she hated being late for work. Still, her son always came first.

Even if she was used to it, it still didn’t mean it was an easy task. Given that her husband was out of town, it was much harder than normal.

Jayden, Rebecca’s firstborn, had recently developed a terrible rash. As a mother, it wasn’t even a question of what to do next. She would take him straight to the hospital.

She dropped off her son and then had to get on with her day. He had everything he needed to be happy while there. Now she just had to go to work.

Rebecca was now dangerously close to being late to work. She had to devise a plan to ensure she wouldn’t be late. But The Highway was already packed with cars.

Rebecca thought she’d be smart and find a different route to get to work. It was a narrow and empty road. She thought she had made the right decision, but she was wrong.

Since the road was empty, she drove as quickly as she dared. But after being on it for a few minutes, she noticed something up ahead getting closer.

She then realized what it was. A few other commuters had the same idea she did. She couldn’t believe her luck.

The only car in her way was an SUV. It was driving a lot slower than she was, and she couldn’t even pass on the narrow road. Her knuckles were white against the steering wheel.

She thought about honking her horn when she realized something about the car. There was something in the window that made her blood run cold.

At first, Rebecca completely missed the sign in front of her. It was because of the stress of being late and her son being in hospital. But once she noticed it, she would never be able to unsee it.

Her Thoughts On The Matter

“Knowing this information, I was very patient with their slow shifting, and honestly, they were doing pretty well for still learning,” Rebecca shared on Facebook.

She remembered her first time learning to drive a manual car and the hell it had been. Suddenly, the anger that had been simmering within her dissipated, and she asked herself an important question.

“Then I asked myself a tough question: Would I have been just as patient if the sign hadn’t been there? I can almost definitely say no.” This realization would hit her like a freight train, opening her eyes to several things she’d never considered before.

“We don’t know what someone is going through. We don’t wear signs that illustrate our struggles. You don’t see signs taped to people’s shirts that say, “Going through a divorce,” “Lost a child,” “Feeling depressed,” or “Diagnosed with cancer.”

But what could she do in such a situation where she needed to get to work and someone learning to drive was blocking the road before her?

Rebecca grabbed her phone and called her office. She explained she’d be running late because of a home emergency. Thankfully, her boss was a friend of her family and understood when Rebecca mentioned her son being sick. But Rebecca’s revelations would continue after the day was over.

“If we could read visually what those around us are going through, we would definitely be nicer,” she shared on Facebook. She recalled times when she should have been kinder to people around her.

How often had she passed by someone without thinking about how they were fairing on? In her post, she urged those reading to open their minds to her revelation. Would they listen to her plea?

“We shouldn’t have to see signs and have reasons to treat strangers with kindness. We should do it anyway, whether we know what is going on. Whether they deserve it or not.”

She greeted the stranger in that SUV that morning before driving off to work, commending him for his skills on the road. “Let’s give everyone an extra dose of patience, kindness, and love. Have a good day!”