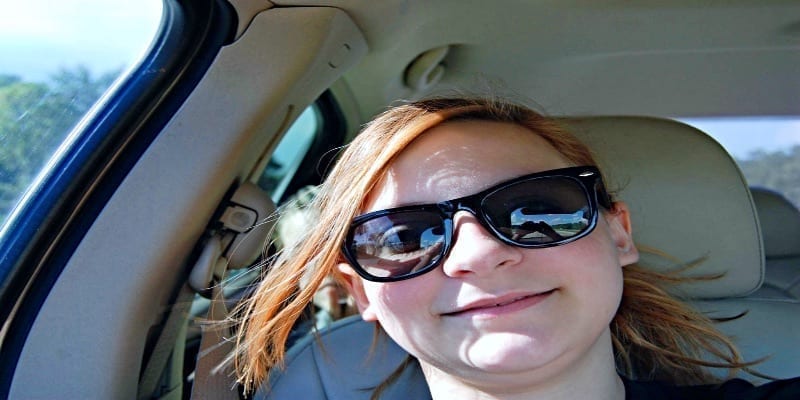 Ashley was in the middle of the woods. Her knees were covered in scratches and her eyes stinging from the tears she had cried. The sound of piercing police sirens echo throughout the skyscraper trees surrounding her, and the flashing police lights hit her eyes. She covers them with her hand and lets out a sigh. This was not what she had planned for her Saturday night. And to think this all started because of a selfie she took.

She lets out another sigh. “I just want this to be over,” she mumbles to herself.

It was a sunny Saturday afternoon when Ashley and her family took a trip out to the local farmers market. Driving through the beautiful surroundings, Ashley snapped a picture of herself with the sun beaming on her face. After sharing the image on the internet, she locked her phone and looked out the window and into the blue sky.

Little did she know, this picture would change her life.

A week had passed since Ashley took the selfie and she intended to spend her Saturday with Netflix and junk food. Home alone, she sprawled herself across the sofa, binging on reality TV and nibbling on some cookies. All of a sudden the bell rings. Walking towards the door, Ashley is blinded by emergency lights flashing through her windows.

She suddenly felt a lump in her throat. “What’s going on?” she thought.

It’s The Police, Open Up

The police barge in through her door and within a few minutes, over 30 officers were in her house searching through her things and flashing their lights across the rooms. “What’s going on?” Ashley screams. “What are you doing in my house?” she says in between sobs.

One of the officers approaches her with a stern and serious look plastered on his face.

“Where’s your phone,” this officer asks. Ashley walks over to the sofa picks up her phone and gives it to the officer. He scrolls through her pictures and shrieks when he finds what he’s looking for. He shouts out to the other officers and they all gather round to look at Ashley’s phone. “Can someone please tell me what’s going on?” Ashley says.

The officer sits Ashley down and begins to tell her.

The officer lets out a sigh before revealing their reason for their invasion. It turns out that the police have spent months and months looking for a criminal responsible for numerous crimes. After what seemed like an endless amount of months, searching and investigating, they ultimately ended up with no leads.

That is, until now.

How Did She Not See This Before

Showing Ashley the selfie she took a week before, the officer says “the reflection in your glasses show the man we’re looking for.” Shocked, Ashley doesn’t see anything at first, but then when she looked closer, she couldn’t miss it. The reflection of an old man was caught in her sunglasses.

Worried there would be another victim, the police had no other option.

Back To The Scene

“We need to back there straight away!” The police officer yells. So he, Ashley, and the rest of his team all set off. As they arrived by a ditch near the side of the road, a place that didn’t mean anything to Ashley a week before, a feeling of uncertainly creeps upon her.

Looking Through The Pictures

After spending two hours searching through the grass, inspecting the road and taking countless pictures, the investigation seemed to ultimately reach a dead end. Letting out a sigh, Ashley perches herself on her car bonnet and looks through the pictures she just took.

Suddenly, she notices something.

House In The Woods

Ashley’s camera had caught a reflection from a window. As she showed the officers, the majority agreed that this was strange as there shouldn’t be a house in the area. They were currently standing on a ring road opposite a large nature reserve. But then they looked up, eyes squinting trying to focus and find this house. After a few minutes, they do.

“Over there!” An officer yells.

There’s Somebody In The House

A derelict house was seen about 15 feet away, hidden amongst trees, leaves, and bushes. The officer pulls Ashley back and orders her to stay behind him. Slowly, they creep towards the house. The officers confirmed that there must have been some activity recently as a clean car was parked next to the shack. Suddenly, one of the offices raises his hand.

“I see movement!” Whispers an officer. Behind one of the windows, a person moved from left to right; it was an elderly man and the officers confirmed it was the man they were looking for!

As quietly as they could, the officers approached the house and stood outside. Slowly treading around twigs and leaves, the officers could feel their hearts in their throats. This was the moment they were waiting for. An officer who was standing next to the door raised his fingers and started the countdown.

Put Your Hands Up

With a deafening bang filling the woods, the police ram the door down and huddle in. “It’s the police, put your hands up,” an officer screamed. Armed with their weapons, they were expecting to find the confused criminal that they had been tracking for months.

But in reality, it was a completely different story.

Inside The Derelict House

Inside the house, the smell of mold and mildew lingered in the air, clinging to the half-draped curtains. The living room, where the old man quietly walked around just a mere few minutes ago, was completely empty. An officer noticed an open window that the man must have fled through. Letting out a sigh, the police officers put their weapons back in their holsters.

But then a piercing scream echoed throughout the house.

“He’s getting away!” screams Ashley who was crouched near a log. “He’s running over there! Behind those trees!” She screamed out to the officers. The officers immediately rushed over and sprinted after the suspect. The suspect was old, but he was definitely not slow.

It seemed like he knew these woods like the back his hand. Racing through the trees, he disappears into the dark.

Careful Of The Traps

The officers knew they had to be careful. They knew they had to outsmart the suspect. Hidden amongst shrubbery and leaves, an officer discovers something strange; it seemed to be a home-made trap. “No way…” he whispers. “Guys come look at this,” he shouts over to his group.

They walk over but then suddenly they hear a loud scream coming from behind the trees.

He Can’t Get Away Again

The officers sprinted over towards the sound of the scream and were left blindsided at what they saw; a member of the unit had got his leg stuck in a gigantic bear trap. “Go without me! He can’t get away this time!” shouted the wounded officer. The rest of the team called an ambulance and quickly sprinted deeper into the woods.

They had no idea what they would come across.

Stumbling across an old barn, the police officers huddle inside to find the old man packing a suitcase. “We don’t think so,” whispers an officer, alerting the old man. He turns around and a policeman takes him down onto the hard-wood floor. After a brief struggle, the man was handcuffed and taken away.

But it wasn’t until they saw what was inside the barn that they knew the old man would be put away for a very long time.

Plastered across the walls of the barn were newspaper headlines of the numerous offenses the old man had committed. Almost like a shrine for all the horrible crimes he committed. Looking in the drawers the officers found thousands of weapons along with ID and documents of what appeared to be his victims.

The chase may be over, but unfortunately for Ashley, it wasn’t over for her.

The police had asked Ashley to go to the police station. Still shaking and confused at what happened in the past few hours, she agreed and made her way down. Walking through the reception, a swarm of anxiety hits her. How did this happen to her? She questions. How did it get to this? It all became too much for her and she started to cry.

Then, suddenly, she feels a hand on her shoulder.

It was the policeman who invaded her house earlier in the day. “You seriously can’t imagine how much you’ve helped us. Without you, a terrible, vindictive man would still be out there.” He says while pointing to the window. Ashley smiles.

“Your help will not be forgotten.” He says before walking off.

Less than a month later, Ashley was sitting quietly at her home when she heard her doorbell ring. Suddenly she feels a lump in her throat. The last time she heard her doorbell ring was when the police invaded her home. Slowly she made her way over to the door to find a letter on her mat. It was addressed to her and had a presidential seal. “What is this?” She mutters before opening the letter. An honorary ribbon and signed letter from the president landed in her shaking hands. “Thank you for your great courage and help to the country,” the Letter read.

Lost for words, Ashley looks up and smiles to herself. It was finally over.

Life Can Be Pretty Random At Times

Wow, what a story! This story just goes to show that life can throw some pretty strange and obscure things at you, in the most random of moments. You can be taking a selfie, walking down the street, or just out and about in the city.

So the next time you take a selfie, remember that you might just end up helping a crime investigation!