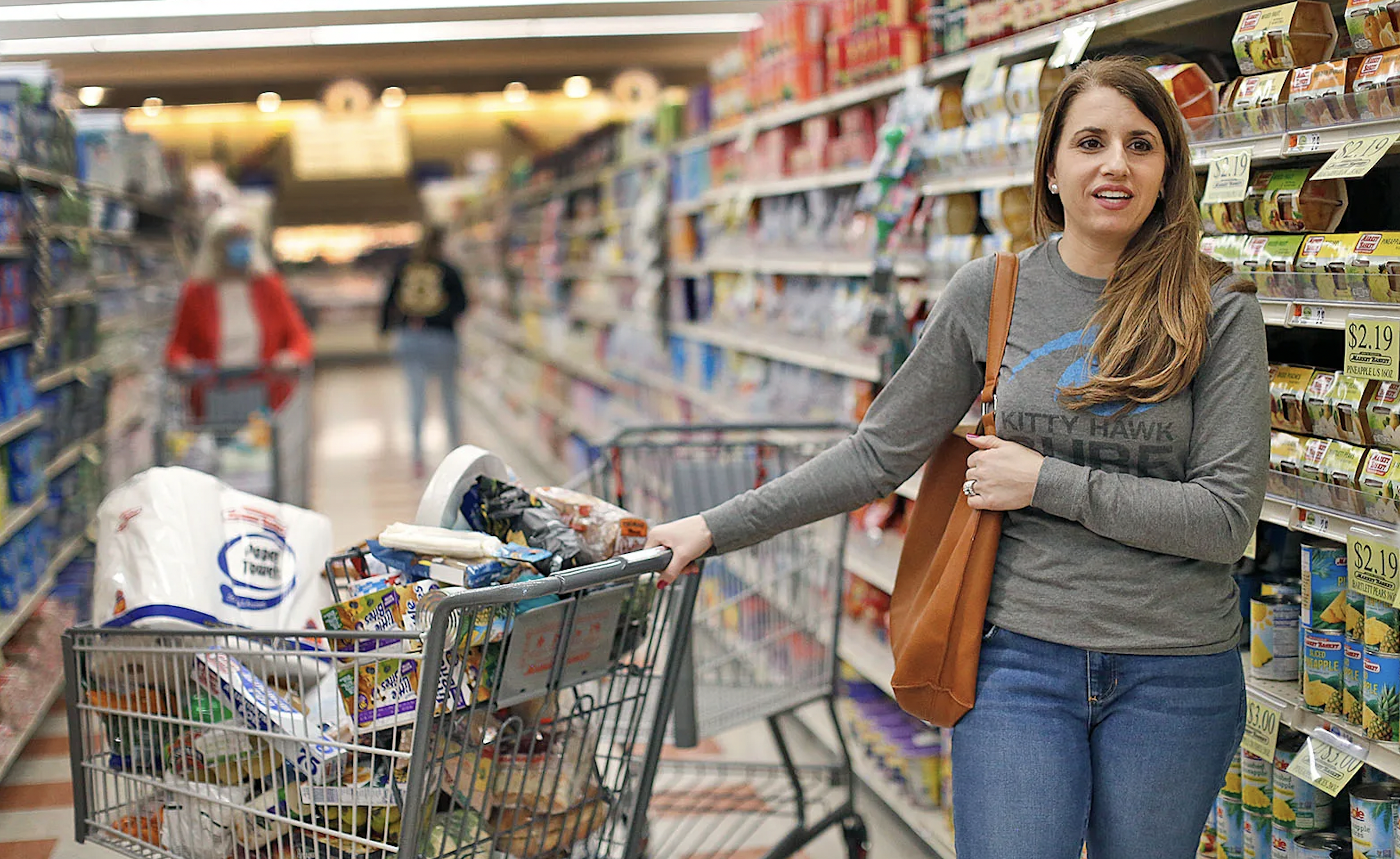 When she walked into the supermarket, her daughter with her, everyone’s eyes switched to them. Whispers started floating around, and she could see that everyone was worried.

But even though all the attention was making her uncomfortable, she wouldn’t keel over to all the scrutiny. She wouldn’t leave her daughter behind, so she needed the sign to bring her along. So why was everyone was so cross with her?

MaryAnn Fausey Resendez had always been an independent woman. A single mom to a beautiful five-year-old girl, MaryAnn had done everything to give her a good life.

But when the country went into lockdown, everything in her life changed. She found herself bringing her daughter to the store out of necessity. When she realized people always questioned her methods, she took the only option she felt she had.

The infamous global lockdown left several families distraught all across the world. Strict bans on traveling and even unnecessarily leaving homes were placed all over, changing the way people had lived for centuries.

In some countries, only a single person from a house was given a chance to go shopping for the entire household. For people like MaryAnn who lived alone with their children, this became a nightmare as they couldn’t leave their children alone while out. MaryAnn had to find a way out.

MaryAnn had always been a proud woman. She was even prouder as a single mom. Ever since her baby’s dad took himself out of the picture, MaryAnn never asked for help raising her angel. She did everything to make sure they had all they needed in life.

They’d been through several hurdles together, and they never bent or broke under pressure. When the lockdown rules fell over the country, she viewed it as another problem to conquer. She didn’t know how wrong she was.

The first effects of lockdown in the US came from massive lay-offs. A lot of service businesses like hotels and restaurants were instantly shut down. For MaryAnn, a waitress, this reality left her without a job.

The first few days of lockdown weren’t as scary for MaryAnn as she’d always been careful with her money, keeping a savings account for emergencies. But she knew she needed to find a job fast, or her and her daughter would be in trouble.

Surviving By All Means

MaryAnn and her daughter were surviving the best they could. But the sad truth was that her savings were quickly depleting. To add to this, there was the constant threat of getting sick, a highly heightened risk outside the house.

The lockdown rules and regulations were also not letting up since the world was still fighting off the pandemic. If MaryAnn didn’t find a way to have an income soon, her life would flounder right before her eyes.

MaryAnn’s desperation grew as the days went by. She was almost through all the cash she had, forcing her to cut back on several expenses in the house.

For the first time in many years, she reached out to her mom for help, but even with the support, she knew bills such as rent were right around the corner. She needed money as soon as possible.

Through every struggle MaryAnn had been through, she’d always clawed out because of her daughter. The little girl was her heart, and nothing was too hard or harrowing when she was beside MaryAnn. For her, the sacrifices were worth it.

As times got harder, MaryAnn started looking for a job. But she quickly realized a massive problem that would come once she found a job.

Getting Used To It

Where would MaryAnn take her daughter when she found employment? She considered all the options. She couldn’t take her to her mom since the woman lived too far, and she couldn’t leave her at home either because her shifts span eight consecutive hours.

Everything MaryAnn thought about met a dead end. By the end of the week, she’d found a job at a supermarket, and not yet solved her daughter issue. As night fell over her quiet neighborhood, she could only think of one thing that could work.

People shamed MaryAnn for taking her five-year-old daughter to the supermarket. No one knew her story, choosing to jump to conclusions instead of asking questions first.

The first day at work was hell for both MaryAnn and her daughter, and as the single mom went home that night, she knew she had to do something about the situation before everything got out of hand.

The single mom created a sign that she put on her daughter’s back, informing strangers of their situation. Everyone looked strange at the little girl, but it was better than listening to them angrily saying to leave her child at home.

The sign read: “I am only five. I can’t stay home alone, so I have to buy groceries with mommy. Before you start judging, stay back six feet.” This was her way of trying to make people understand her situation. But was it enough to make people mind their own business?

MaryAnn shared a photo of her daughter wearing the sign on Facebook. Alongside the picture, she wrote in the description: “The sign I made her wear because I just know some people will take a picture and share it on social media not knowing all the facts.”

It was a desperate measure, but she couldn’t find a better way to handle the situation. The sign on her daughter’s back worked.

People stopped shaming them and taking photos of them to show on social media, saying that some people don’t care to follow the rules. She was following the rules the best she could, but leaving her five-year-old daughter alone at home was not an option.

People quickly reacted to the post, and many also commented on it. One person said: “I have to do this with my six-year-old son. I’m glad I’m not alone. Taking my son out shopping made me feel terrible!”

The majority agreed that people need to stop judging everyone so much. Things were getting ridiculous and sad. Moms did what they had to in order to keep their children safe. Which is what mattered the most in those difficult times.

The Struggle Of Single Parents

Single parents already had a lot on their plate. When the lockdown hit the US, their challenges only increased. Single parents, just like any other parents, had no choice but to do everything they could to keep their children safe.

Everyone was fighting their own battles. This mother did what she had to stop people from shaming her and explaining her situation to the world. Sometimes parents need to go to extremes when it comes to protecting their children.