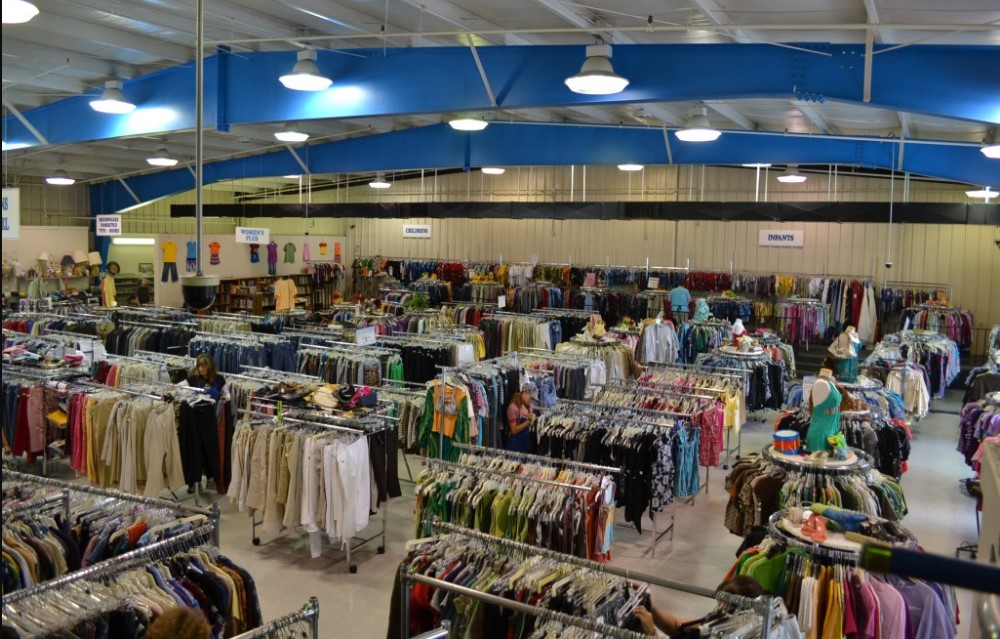 She was out for the thrill of the hunt, but what she found was actually the bargain of a lifetime.

She looked down and screamed. Her husband and staff members rushed to help her, but it was already too late. She was bending down to pick up the mind-boggling​ object that would turn her life upside down. Little did she know, life as she knew it just had taken an unexpected turn and there was no going back.

On a sunny summer’s day, two bargain hunters begin their search for buried treasure. Beneath discarded clothes and ornaments, bric-a-brac and dusty collectibles, there may be riches beyond your wildest dreams, if only you would look.

What they found would make them wealthy beyond compare and begin the story of a lifetime. 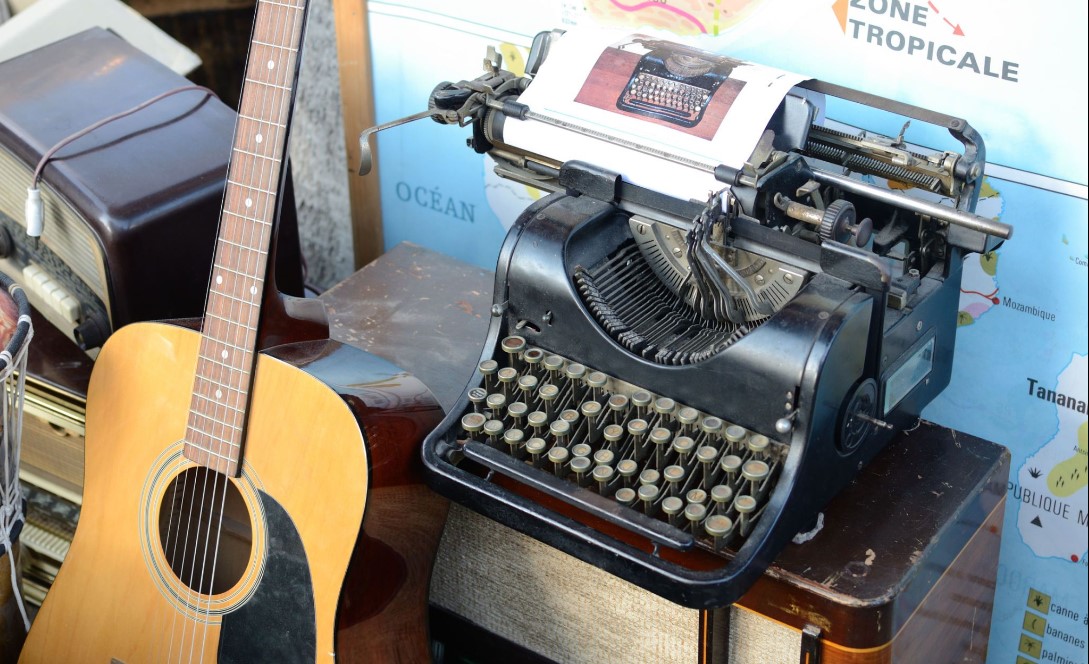 Scavenger hunts for goodies on the shelves of Goodwill or The Salvation Army can be a trip down memory lane or absolute elation at finding that diamond in the rough. The best thing? You know you’ll be getting a bargain when returning home from your adventure.

Even better, it was pensioners day so she would get an unimaginable item for an even cheaper price. So what exactly did she find?

Every Item a Memory 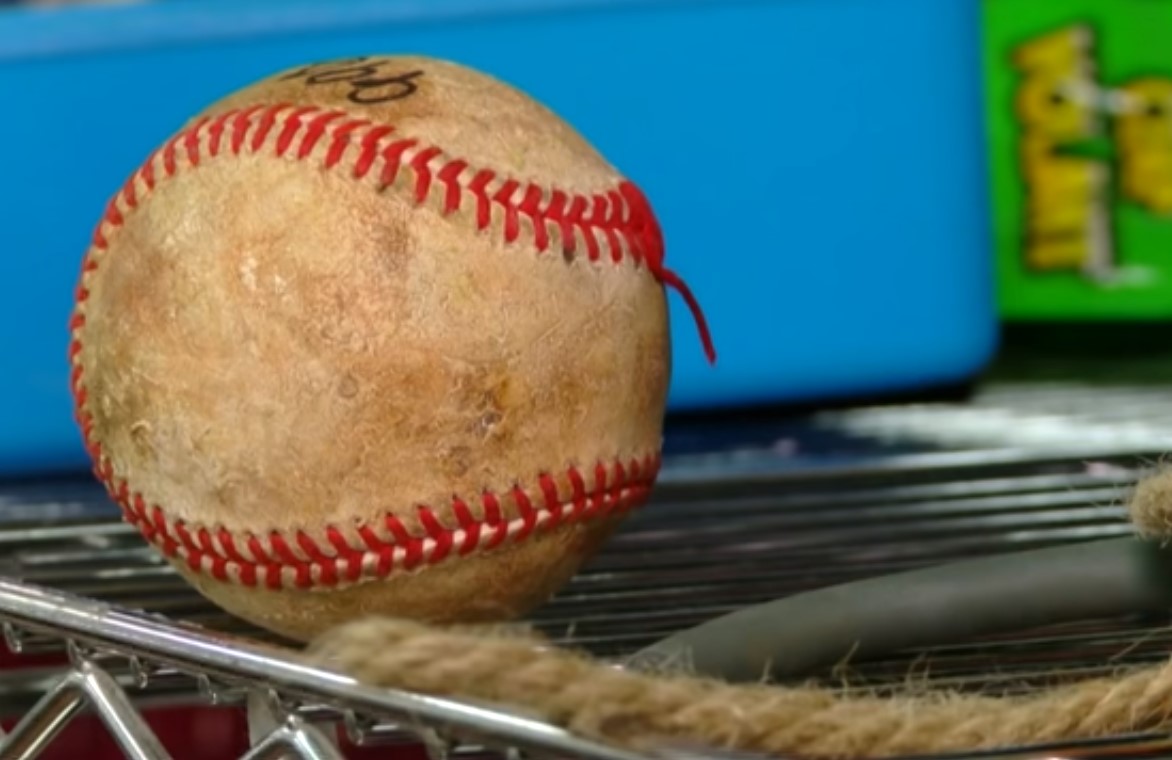 When deciding to try her luck at a Goodwill store in Jupiter, Florida, Julie Anne and her husband Mike began picking through the donated items.

Enjoying the fun of looking for little keepsakes and treasures, Julie suddenly began to shake as she noticed something on the shelf. She knew exactly how much that item was worth, but she just couldn’t bear to touch it. 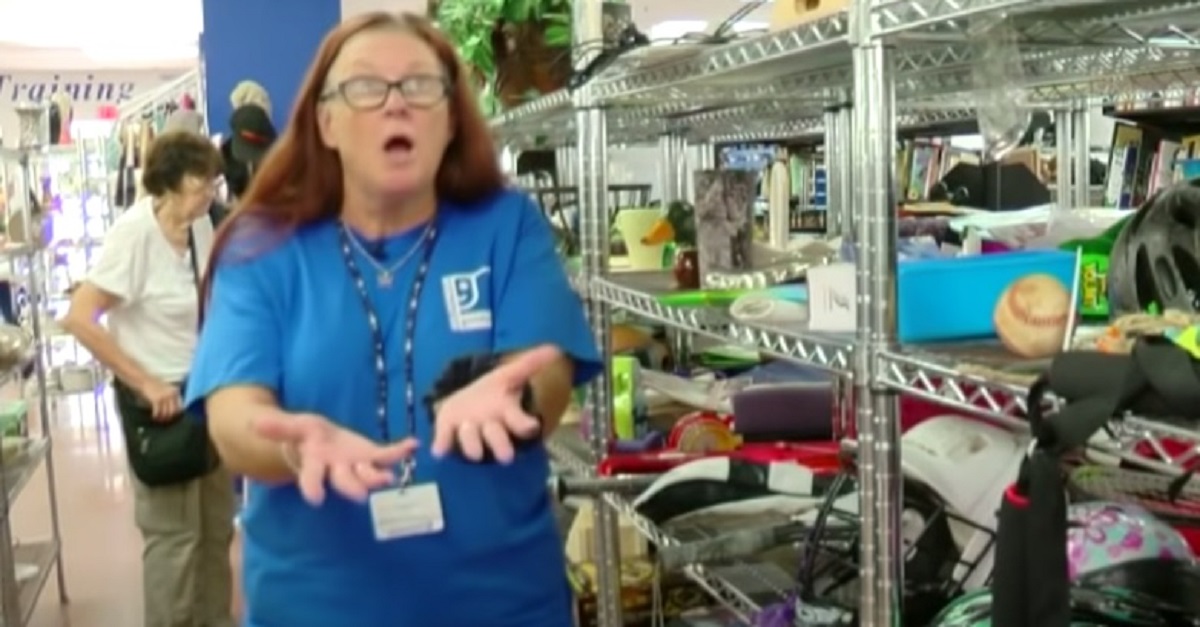 Staring at the item, Julie went pale as the blood drained from her face. The cashier went over to her, thinking something was the matter.

As they gazed at the seemingly nondescript item, Julie said something that the cashier simply couldn’t believe about a simple beaten up baseball glove. But why was this of such importance to her? 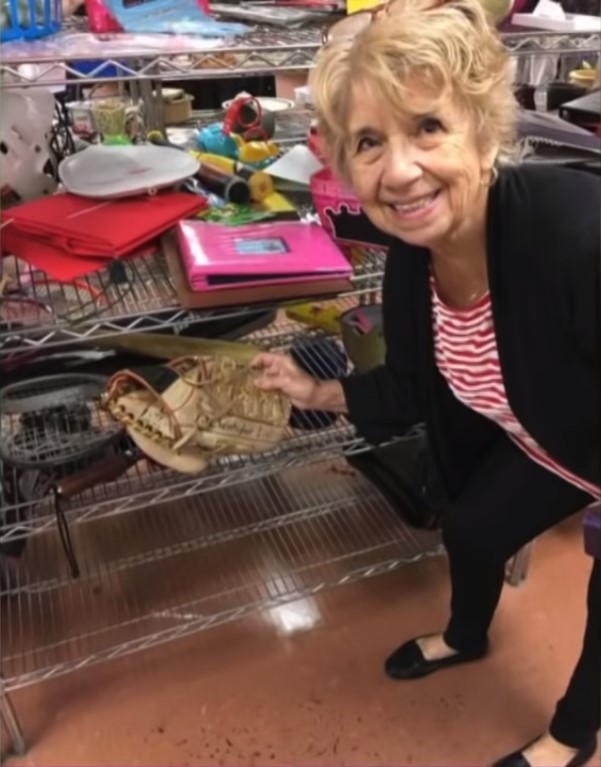 This particular mitt had none of the once lustrous dark leather patina, it had been worn down to a sandy shade and the gloss was gone, but the name was still there in Sharpie, written in familiar letters on the outside, facing directly at Julie.

She couldn’t understand anything, as Julie looked at the name written on the glove shivers immediately​ went up and down her spine. 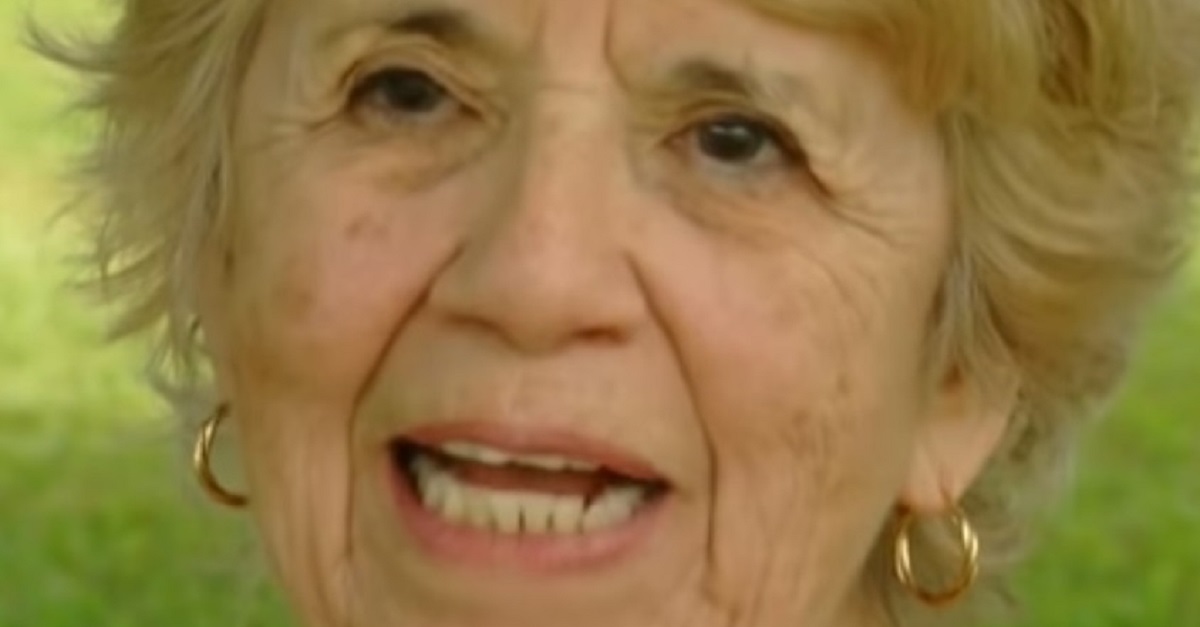 As Julie Anne mustered up the courage to lift the glove from its place on the Goodwill shelf she loudly called to her husband to show him the unbelievable name written on it. It read ‘Christopher Lisi’ as clear as if it had been written yesterday.

“My knees got wobbly, and I got weak and scared,” Julia Anne said. But still, what did this name mean to her? 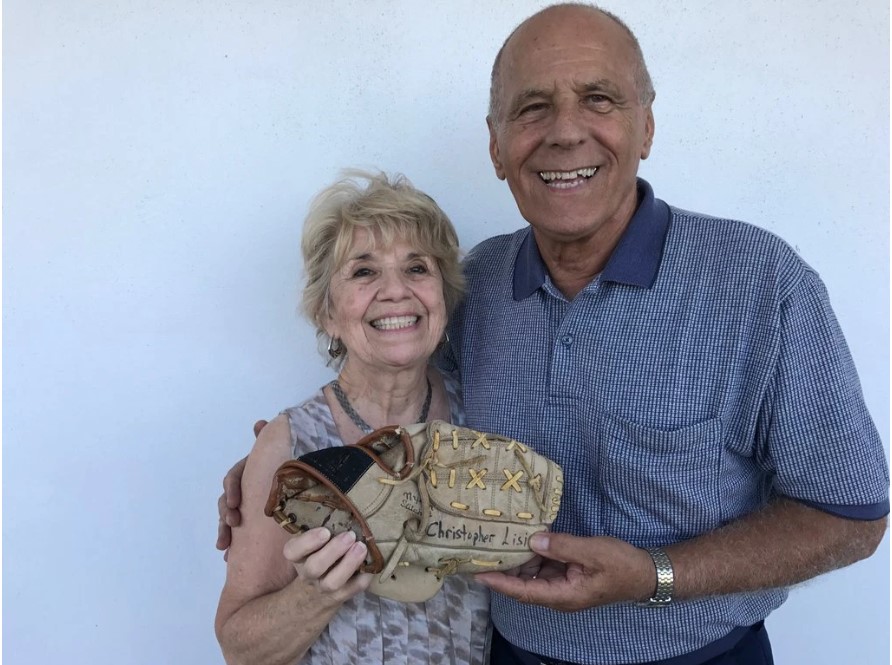 Mike rushed to her side, afraid that something had happened to Julie. But when he saw the baseball glove cradled in her hands his fears evaporated and he felt a wave of excitement engulf him.

He would have recognized that glove anywhere. He’d seen the exact same one 40 years ago. How was that even possible? 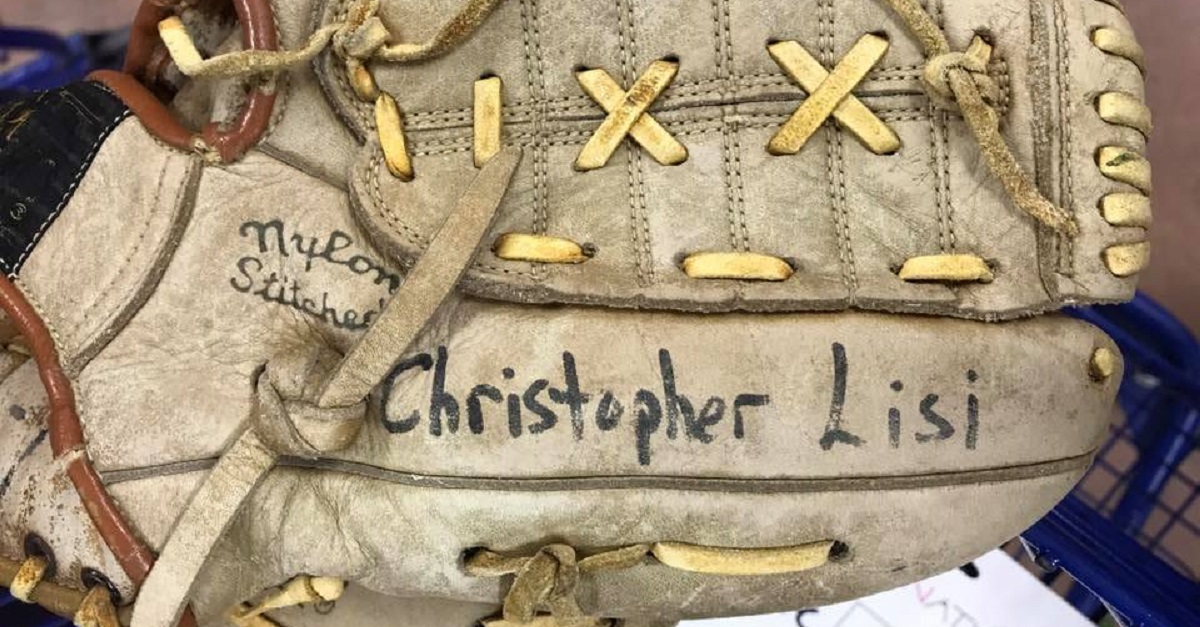 Scrawled across the mitt was an unmistakable name. A name that meant something profound to both Julie and Mike and, written in Julie’s own handwriting, was her son’s name. But she couldn’t believe that it was the very same mitt she had given to her son all those years ago.

It was impossible, this could not be the same glove, could it? 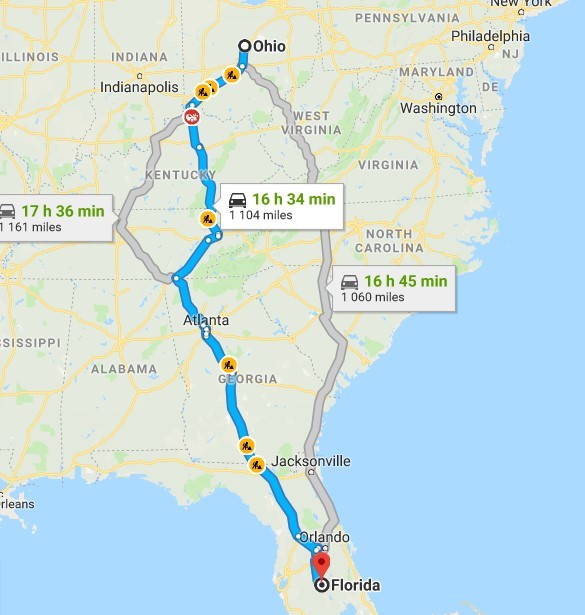 This exact glove had covered an extraordinary distance, over a thousand miles, in fact. Moving from shop to shop all the way up from Ohio down to Florida.

Although Goodwill does not individually track each item that they have, they do move stock around if they feel it will have a better chance of selling at a different store or location. 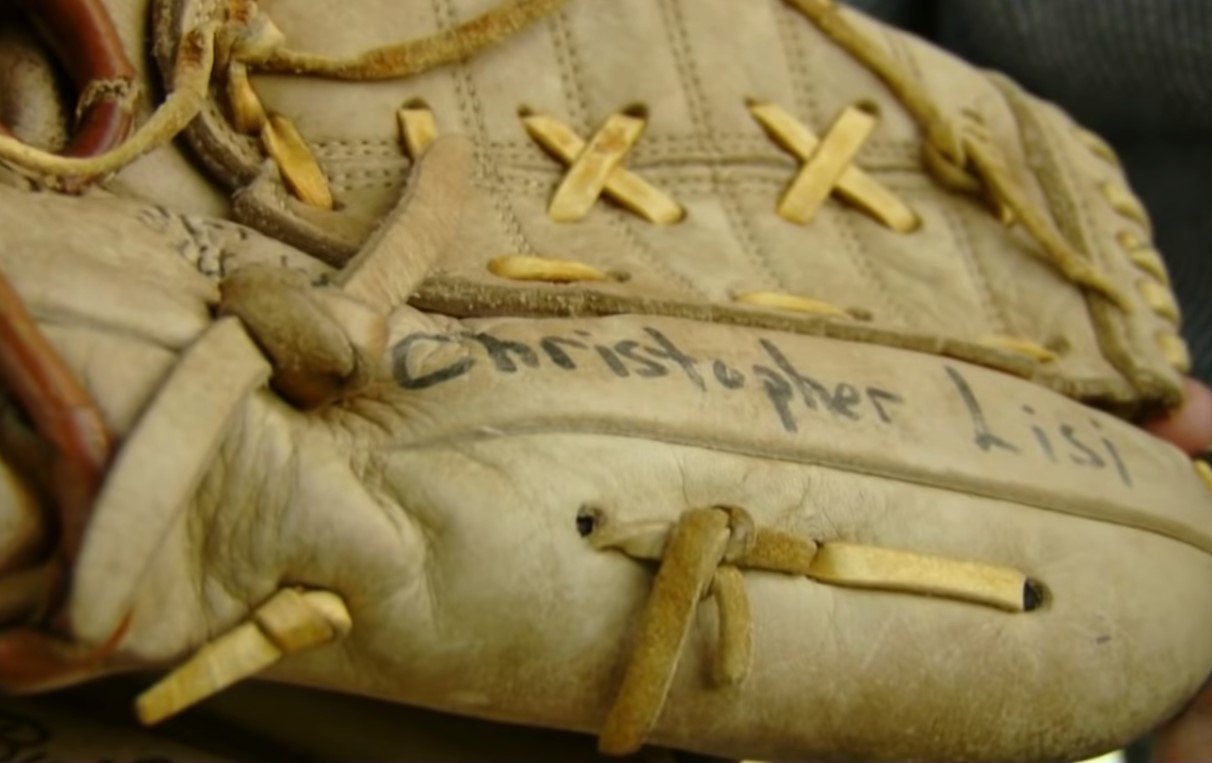 Julie immediately got Mike to take a photo of her holding the worn mitt with the name inscribed on it facing outward for the world to see.

She sent it instantly to her son, the very same Christopher who had lost it but never told his parents some 40 odd years ago. “He texted back, ‘Buy it,’” Julie said. 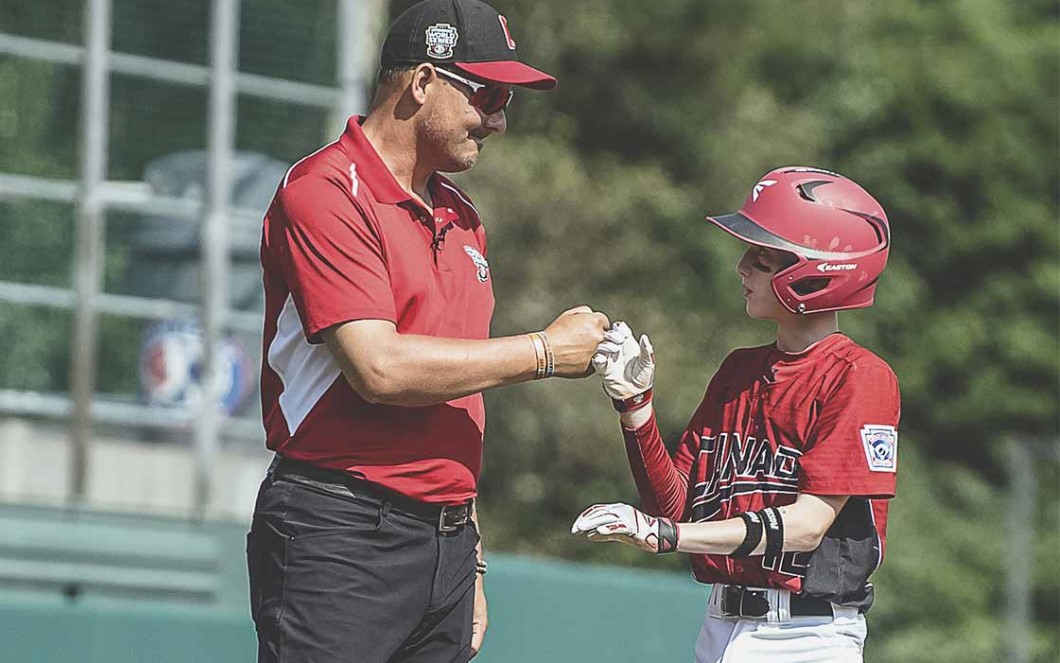 It turns out that it was a very special mitt for Christopher too. He just couldn’t bring himself to tell his parents that he had lost the special mitt that was like a lucky charm when he played.

He’d hit two home runs that game, a Championship game back in 1978 when he was only twelve years old.

Lost in the Confusion 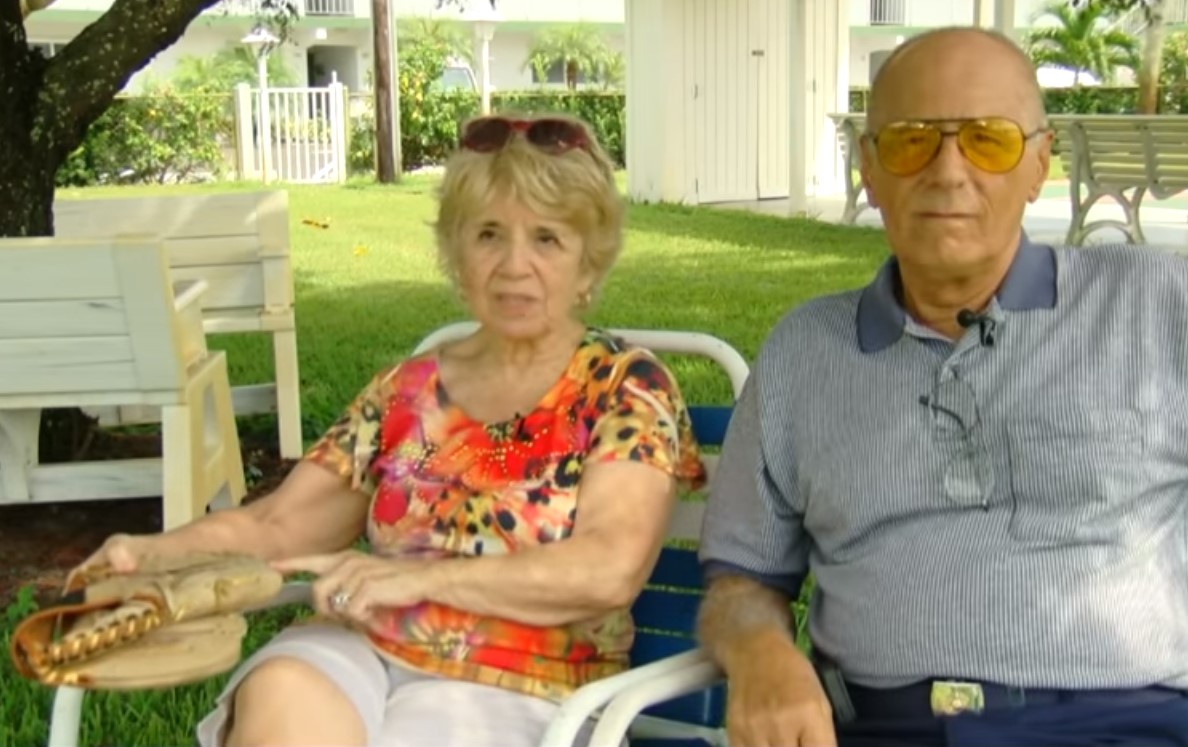 Mike now says that Chris told him he had lost the glove after the game in all the confusion and elation of winning and he hadn’t seen it since.

“He had won the championship and in the hullaballoo and the handing out of trophies he probably set it down on a bench and somebody walked away with it,” Mike said. 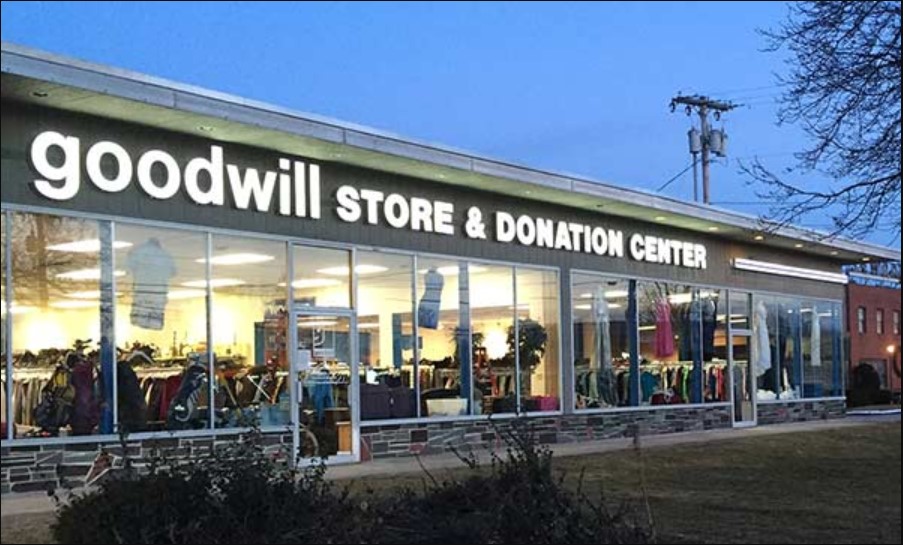 The biggest question on everyone’s mind now was how did the 40-year-old mitt end up specifically at the Jupiter Goodwill?

Julie is an avid believer in donations, and over the years she had donated mostly books to Goodwill, but she knows that that was not in Jupiter, so it surely wasn’t her, was it? 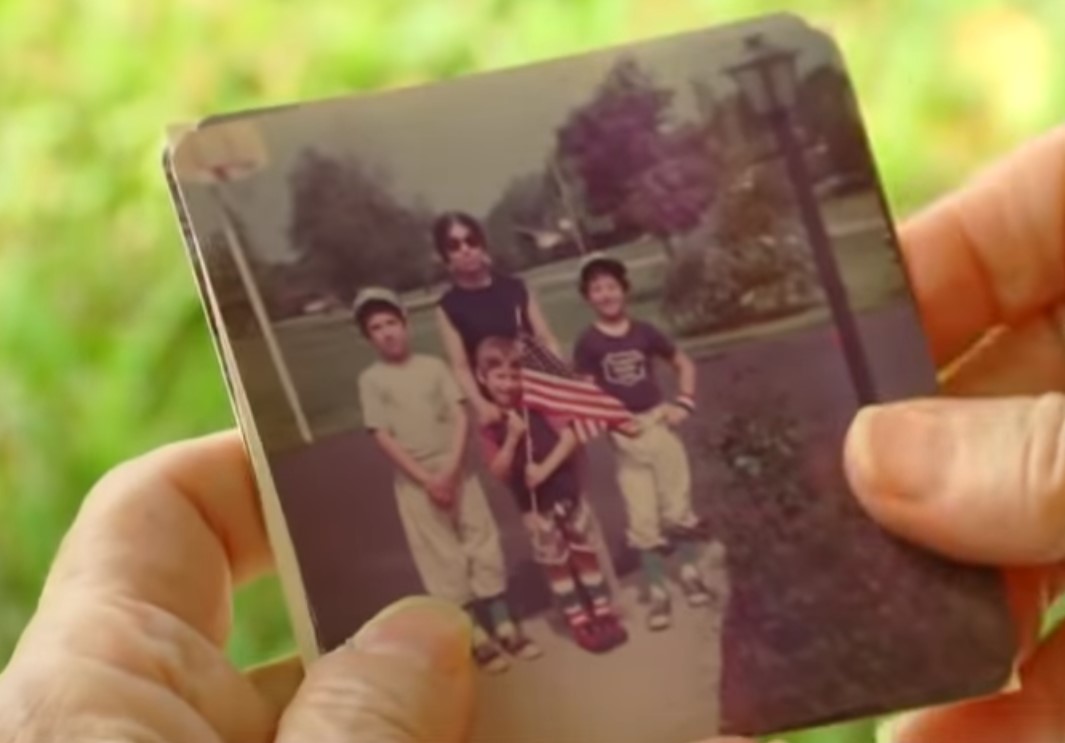 Their longtime house was in Ohio, that was where they had raised a family and where all the clutter that Julie would have been able to donate came from.

Julie Anne hopes to figure out how exactly the glove made its way down the country.“To me, it’s a miracle,” Julie Anne said

Never in a Million Years

Julie and Mike have long since moved to a retirement home in Florida and never brought all the clutter from the house with them from Ohio.

Never in a million years could anyone believe that this couple would be in this particular store to happen upon this time traveling treasure and the facts make it even more unbelievable.

Sports Still in His Blood 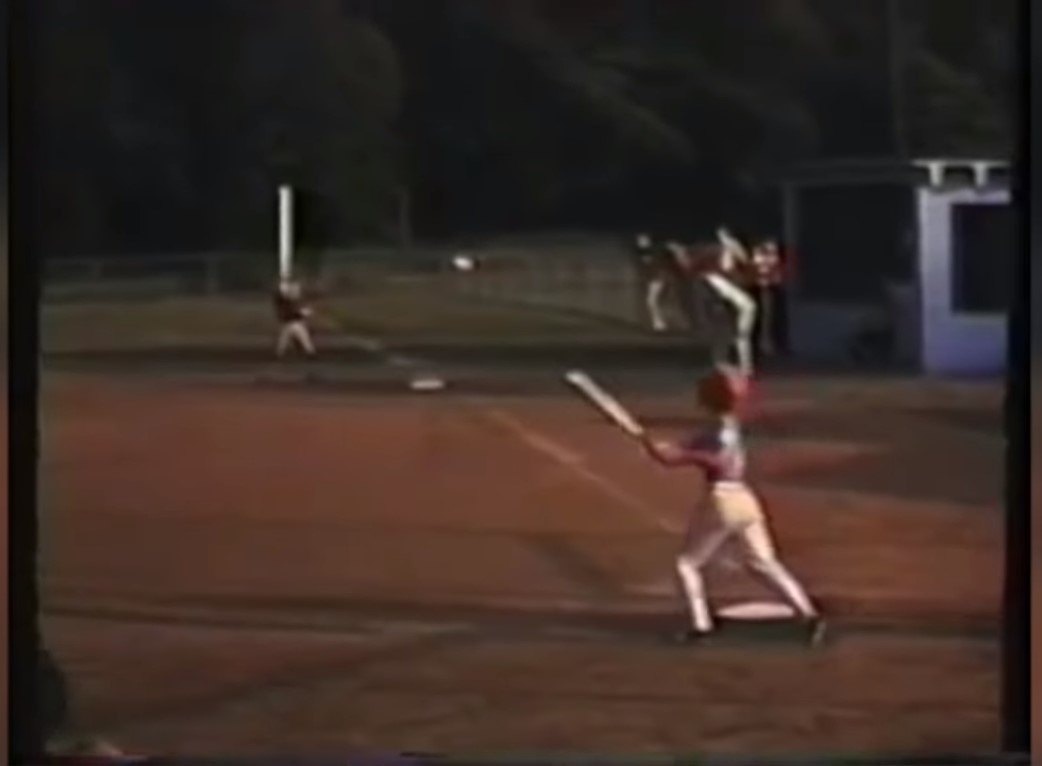 The time capsule glove is over 40 years old and Christopher Lisi of 1978 was 12 when he won that championship.

He is now 52-years-old and he also coaches, no not baseball, but rather football at Thomas Worthington High School, south of Columbus. 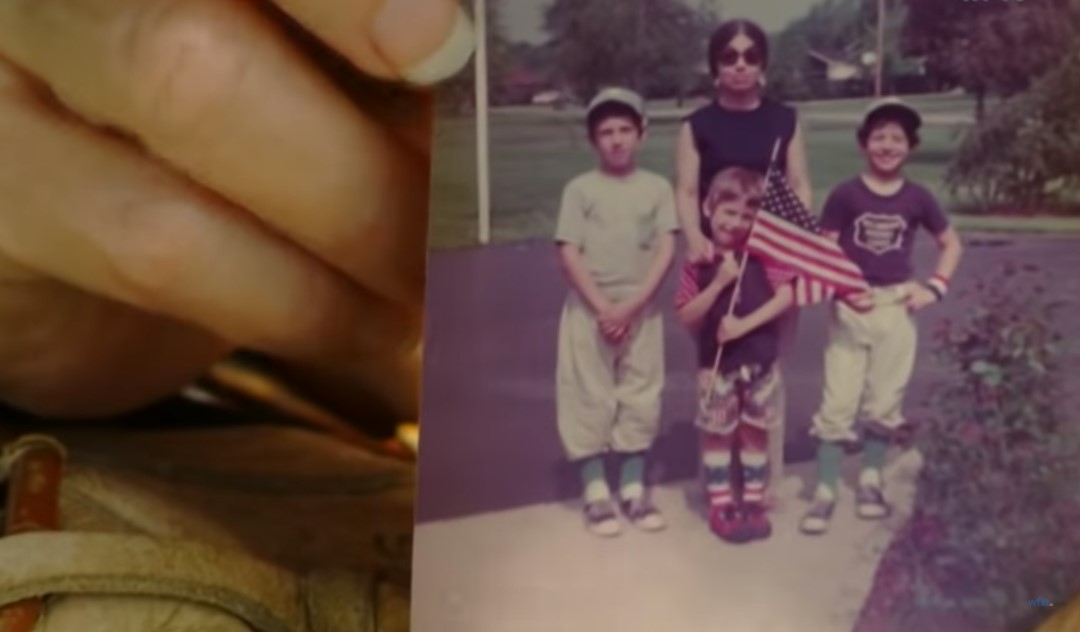 At the end of the day, how could you ever put a price tag on such an amazing experience? A keepsake with your own sons’ name written on it lands directly in a mother’s open hands.

But in the end, they did have to pay something for it and they would spend every last penny to have it.

The Bargain of a Lifetime 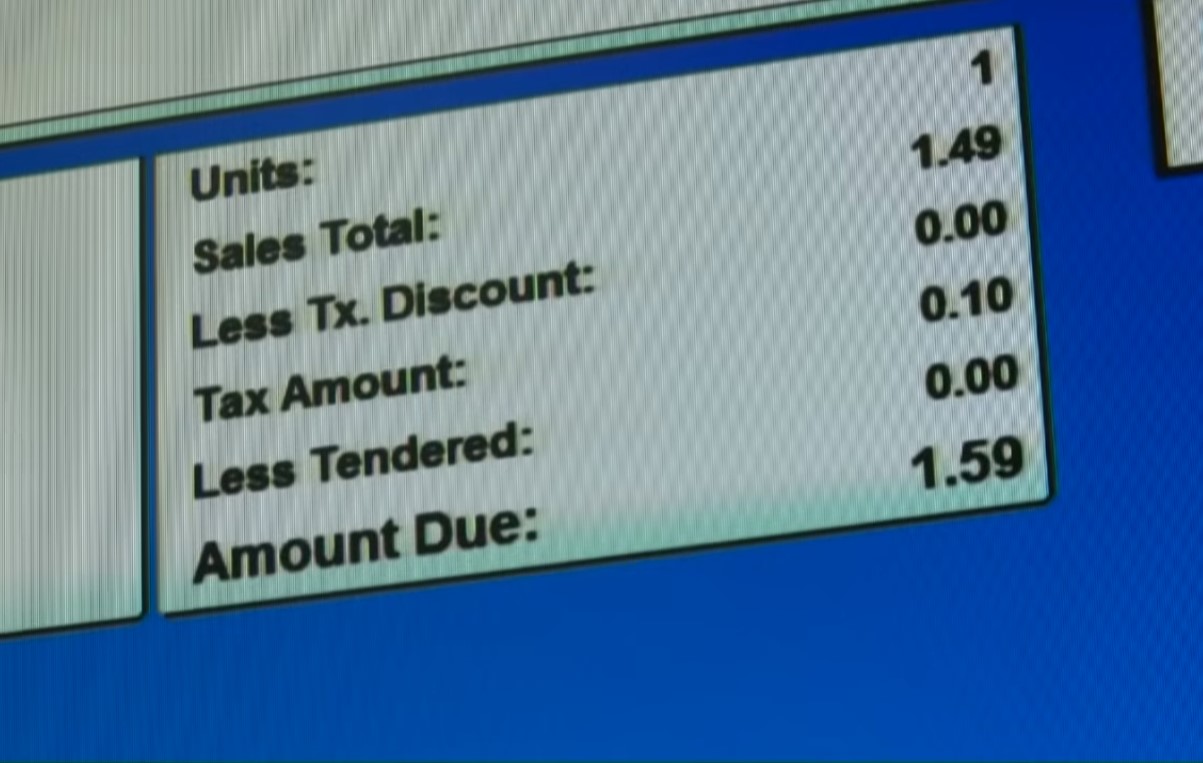 Mike must be right, someone must have picked up Christopher’s glove after he lost it and simply donated it to the goodwill and it’s been on its travels ever since.

Making Its Way Back 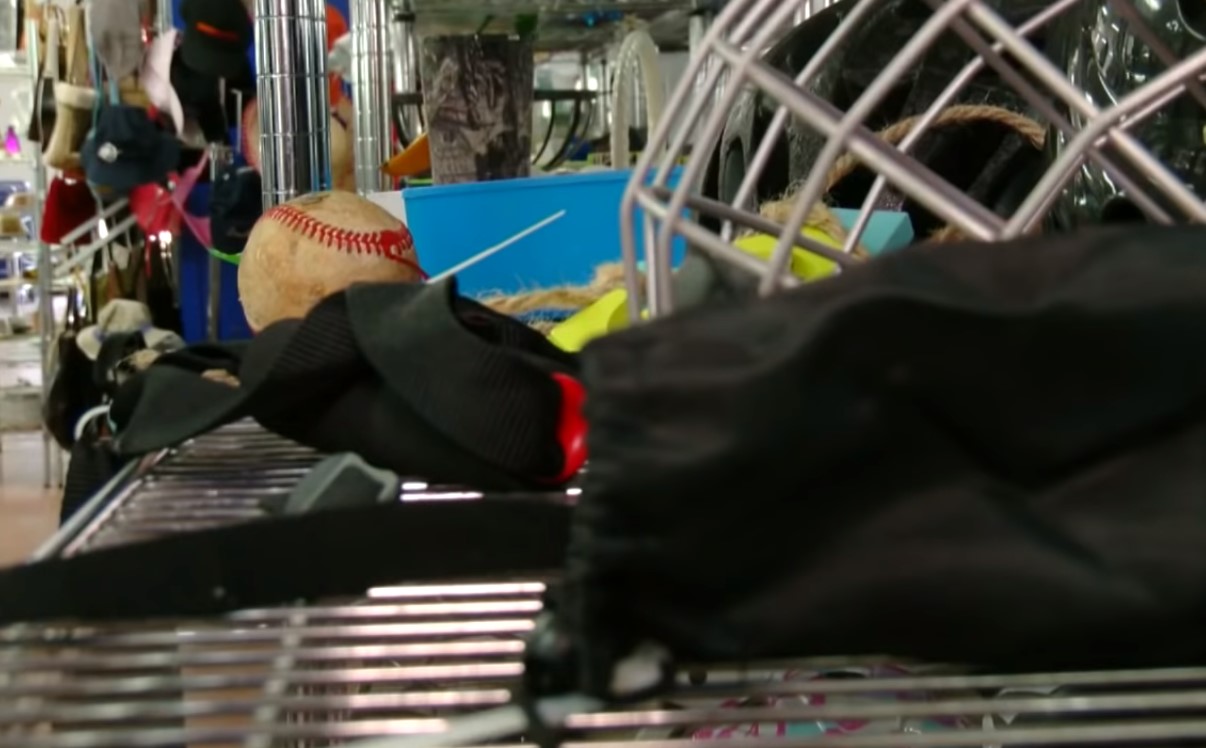 It took forty years and 1,171 miles for this, now a sacred family heirloom, to finally make its way home.

Some things just belong and this priceless childhood memorabilia will still pass down in the family’s history and no doubt see a fair bit more travel before it’s time is up.